The Game Itself
4 Stars
The Video: Sizing Up the Picture
4.5 Stars
The Audio: Rating the Sound
2 Stars
Replay Factor
2 Stars
Bottom Line
Worth a Look

The University of Southern California has one of the best game design programs in the world and has spawned talented alumni such as thatgamecompany founders Jenova Chen and Kellee Santiago. Now the college has begun publishing games made by its students. The first title to be released is 'Chambara' by a group of USC students called team ok. It's a first-person multiplayer game where players use a two-toned environment to hide from and surprisingly attack their competitors.

Despite being one of the most innovative games I've played in recent memory, 'Chambara's gameplay sounds really pedestrian when first described. Much like a standard deathmatch mode in 'Call of Duty,' I spent most of my time roaming around in an enclosed arena looking for foes. I wasn't armed with a gun, however, just a ninja star that stuns enemies and a melee weapon (which can be anything from an umbrella to a sword) that I could use to kill my opponents in just one hit. Other than the ability to jump and dash into the air for a few seconds, it's like every other generic shooter that has been released in the past decade.

While its mechanics are all very simple on a surface level, 'Chambara' does an amazing job of using them in an exciting new way. This is all due to the game's graphics, which are pretty disorienting the first time I played it. Every map in the game is composed of two core colors. This makes simply moving around the environment confusing at first since everything looks so similar. Eventually I learned all of the maps (which isn't hard since there are only nine of them), but there is definitely a short adjustment period of just getting used to the game. 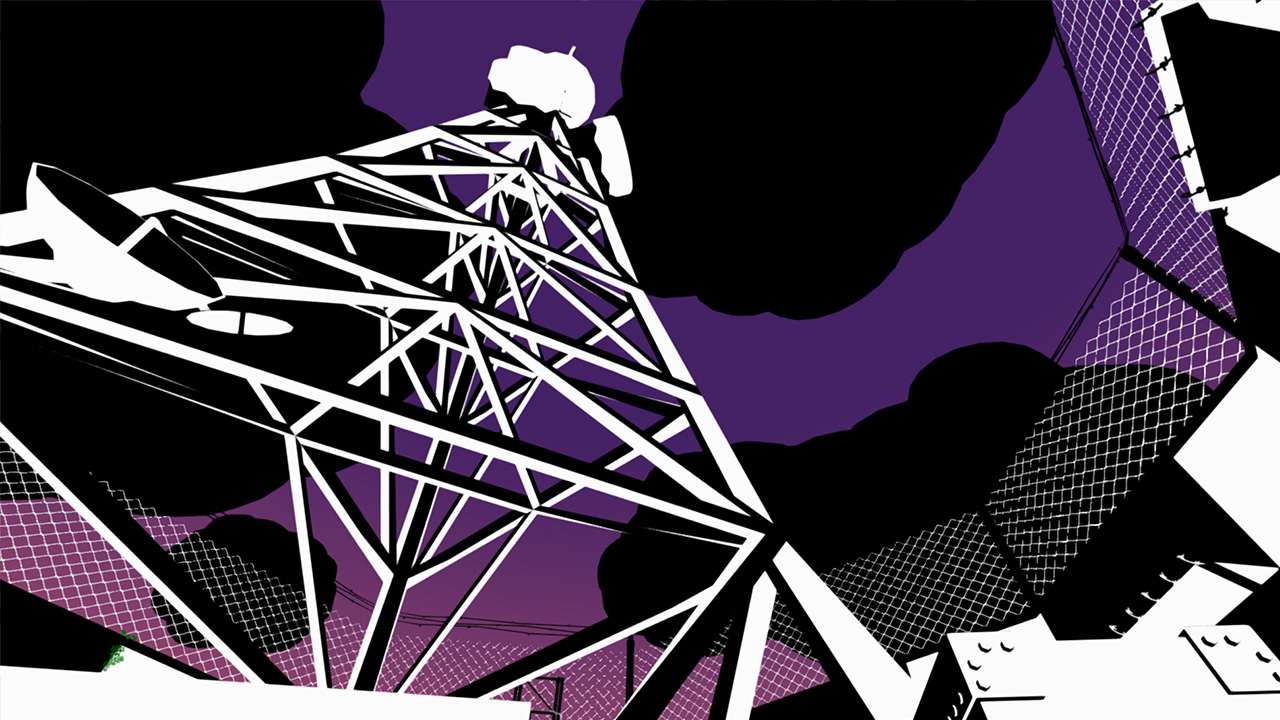 This confusion isn't a design flaw, though. It's actually the entire crux of the game. Since each player is one of the two different colors, it means they can essentially become hidden in plain sight by standing in an area that is the same color as them. It took a few matches for me to realize that I should try to be standing in areas that kept me hidden as often as possible, but it quickly became apparent that it wasn't a foolproof plan as my friend constantly killed me while I thought I was invisible.

What I learned is that while standing in a same colored area is certainly better than the alternative of sticking out like a sore thumb, the levels in 'Chambara' are smartly designed to make players constantly vulnerable. All of this is dependant on what angle the player is looking at their foe from. If their back is to a same colored area, then they are likely facing the opposite color and thus are able to be seen from there. The biggest lesson I learned while playing was that there is always a way to view a player, and there is no such thing as being completely hidden in a 3D space. 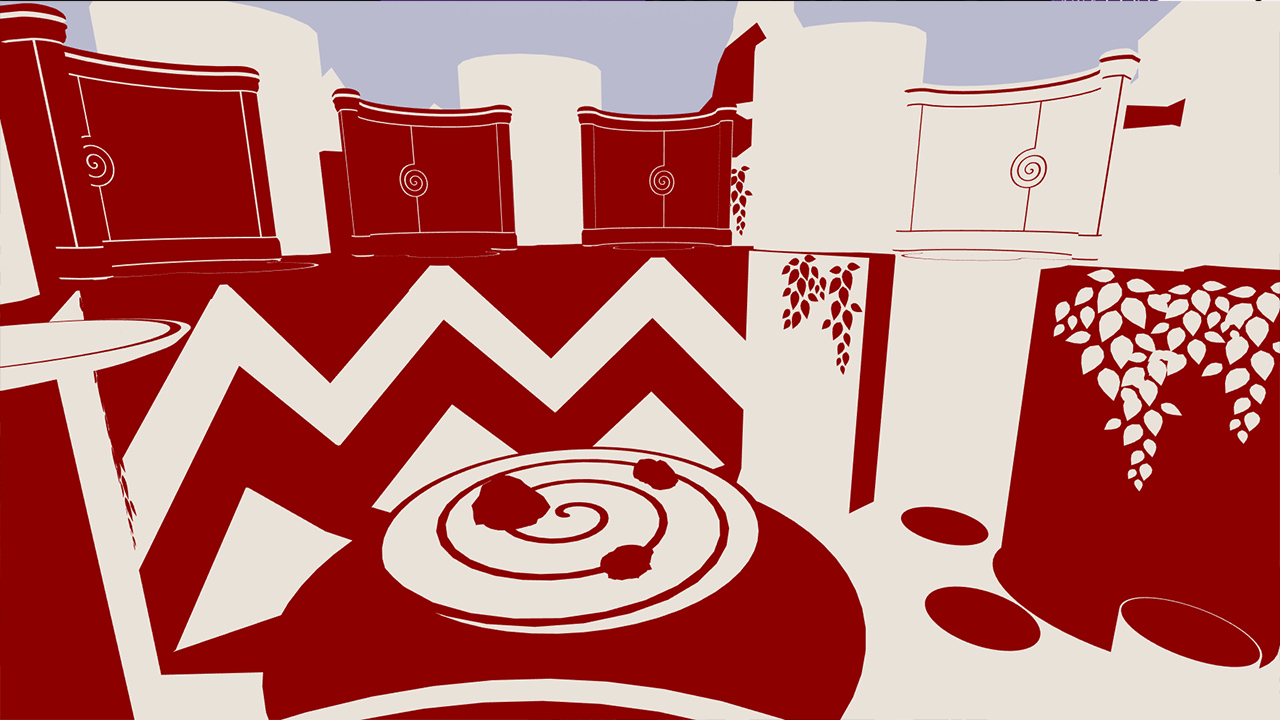 Matches are either a two or four player affair, with there always being two separate teams. The winner is the first team to eliminate their opponents five separate times. I've always been a fan of round-based gameplay in multiplayer games, and it works really well here. Since everyone dies in one hit, the gameplay moves fast and an entire round can be over in just a few seconds if played recklessly. It was super satisfying when I managed to come back from losing the first four rounds of a match and win it overall, but also equally as devastating whenever I would choke during an intense match. The only bummer is that there are no options for how a match plays out, so the round number can't be adjusted.

Most of my matches in 'Chambara' played out in two very different ways. There were slow matches where my opponent and I both tried to take a pure stealth approach in order to attack from the shadows. While tension certainly heightens in this scenario, I actually became bored just wandering around aimlessly searching for another player for several minutes. That boredom eventually led to me getting noticed on purpose and then trying to take advantage when my friend would go on the offensive. This kind of constant countering of being spotted and then quickly fleeing is far more exciting. It really showed that the excitement the game offers is purely up to the style of the competitors. After the gameplay naturally shifted to this method, I never wanted to go back. These short bursts of stealth followed by action are highly enjoyable, and it became my main strategy. 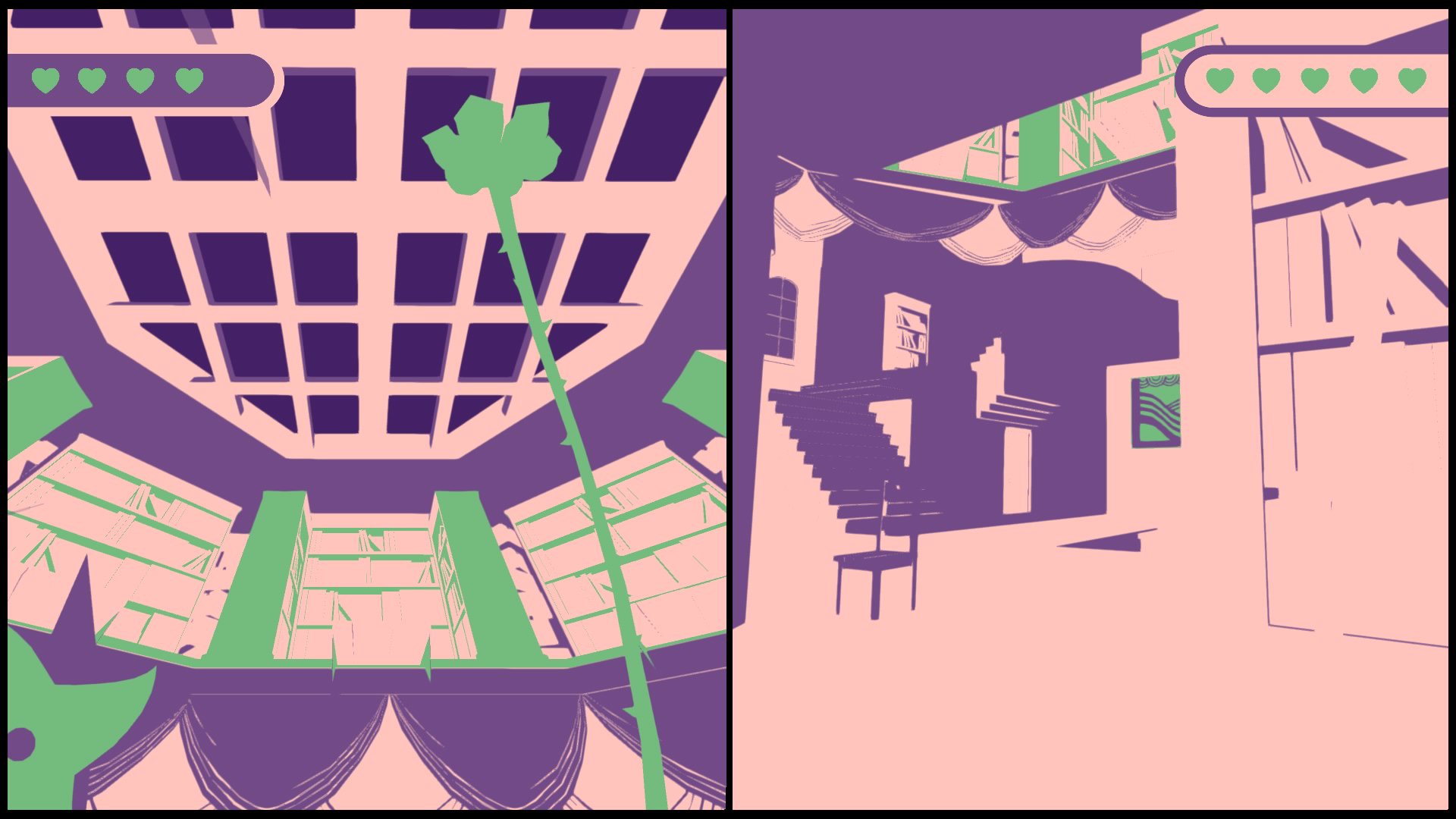 Another advanced strategy revolves around the fact that all players can see each other's screens, and smartly team ok have designed around this. Not unlike 'Screencheat,' this type of "cheating" is encouraged by the game as it's a good way to learn where an opponent is (and thus try to keep it from getting boring). To combat this, players can hold down the left trigger in order to close their eyes and obscure their view. It's not a mechanic that I applied often since it's only practical while hiding, but I once got a lucky kill with my eyes closed and that is something I'll never let my friend live down.

While 'Chambara' is a lot of fun to play, the big elephant in the room is that it's a multiplayer-only game that doesn't have online play. Thankfully, it can be circumvented (to an extent) on PlayStation 4 thanks to the system's best feature that nobody uses — Share Play. Those with fast internet speeds can essentially stream their copy of the game and play with one friend. That means two player matches can be pretty easily done online, although it still isn't preferable to the game natively supporting online. While using Share Play, I experienced slight bouts of lag, but I was still able to stay competitive in matches against my friend. It's a slight saving grace for an exclusion that could've rang the death knell. 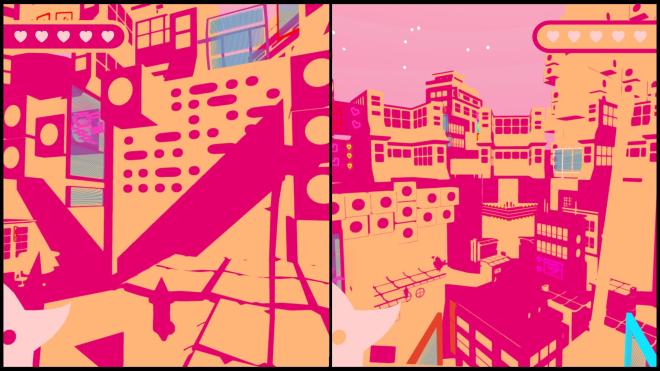 All of 'Chambara' is built upon its graphics, so understandably it's the star here. The developer has made the graphics inseparable from the gameplay, and that's quite the accomplishment. I was constantly wowed by the way each level looked as team ok has selected fantastic color variants for the level. From colors that clashed like black and white to warm shades that complemented each other, these selections often set the mood for a match. My only complaint is that I wish that there were more stages to look at, as I saw everything the game had to offer after an hour. 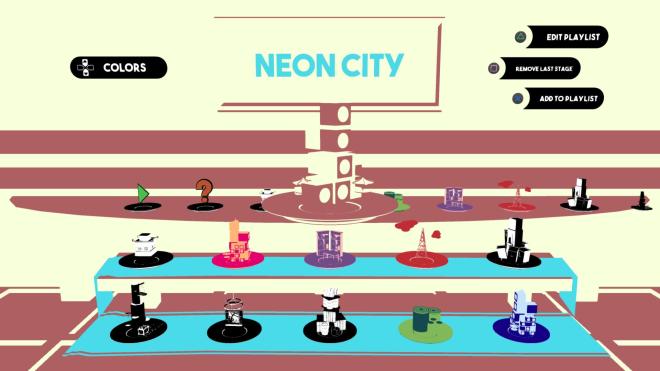 While the visuals are top-notch in 'Chambara,' the same can't be said for its audio. The game actually makes a smart design choice by having music take a backseat and letting sound effects and ambiance take center stage. This is so players, ideally, could listen to audio cues and find where their opponent is hiding. Sadly, the audio isn't mixed to a satisfying degree to where this is feasible, and since everyone hears all of the same audio there is no way to know where it is coming from. It misses the mark despite its good intentions.

'Chambara' has a lot going for it, but it lacks one major thing: staying power. Only one game mode is available, which is a far cry from something like 'TowerFall' that has dozens of different variant options to make sure the core gameplay stays fresh. Plus,there are only nine stages so the thrill of seeing something new was short-lived. It's a shame that there isn't more content here, as it's a game I wanted to play more of, but everyone I played the game with had their fill after an hour of play.

Ultimately, team ok has developed a game that is fun for a few minutes, but doesn't provide a meaty experience. 'Chambara' isn't something that I'll invite friends over to specifically play like 'Super Smash Bros.' or 'Gang Beasts,' but it's a game that I'll gladly launch in order to break up the monotony at some point. It has a slot in my gaming rotation, and its $9.99 pricepoint softens the blow, but it isn't an essential multiplayer game. 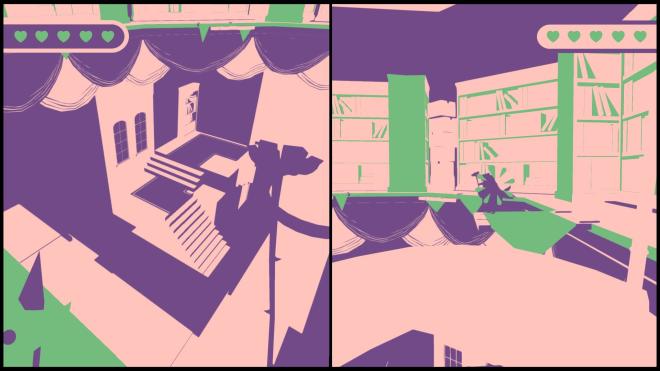 The first game published by USC features a fantastic concept that is executed well, but one that really feels like it could've used some more time to be fleshed out. 'Chambara' is a fun local multiplayer diversion, but the lack of online play and variety really stifles the overall experience. Hopefully a sequel will be able to take the game to the next level, but as of now I'm left with a rad proof of concept that is best played in short bursts.