The Game Itself
2.5 Stars
The Video: Sizing Up the Picture
4.5 Stars
The Audio: Rating the Sound
4.5 Stars
Replay Factor
1 Stars
Bottom Line
Skip It

Heart Machine is an American indie studio helmed by Alex Preston. He wanted to make a game that captured both the spirit of his SNES-infused childhood and the numerous health complications accompanying his congenital heart condition, and that brainchild is 'Hyper Light Drifter'. Heart Machine requested a modest $27,000 on Kickstarter in 2013 and finished the campaign with nearly $650,000. Its PC release was in March and it is now available for consoles.

'Hyper Light Drifter' is a 2D pixel action game, inspired by the likes of the early 'Zelda' titles, 'Diablo', and even 'Nausicaä of the Valley of the Wind', an anime from the 1980s. The main character uses a sword, gun, and dash move to incapacitate foes, and the dash is used for some platforming as well. Most of the mechanics and the pacing of 'Hyper Light Drifter' do not differ dramatically from other games in the genre. The player explores the world, defeats enemies, slowly collects upgrades, and kills bosses. The three major differences that it sports are its difficulty, abstract story, and beautiful pixel art. 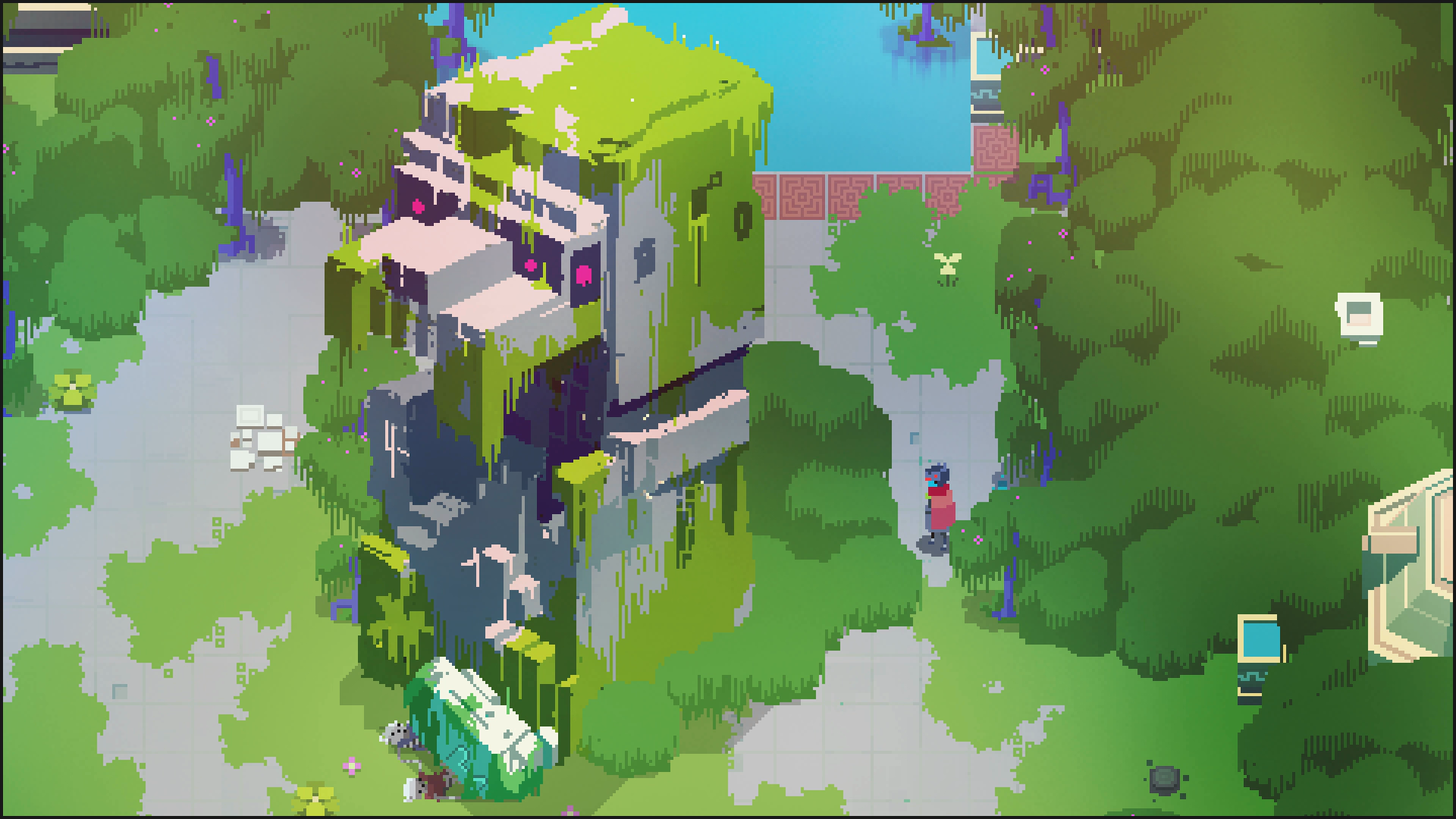 Games like 'Bloodborne' and 'Dark Souls' have put punishing difficulty back in the mainstream, after it had a relatively niche appeal for several years. Many indies have capitalized on this fascination in the form of the roguelike, an incredibly addictive genre that owes most of its staying power and popularity to the sweet, heady rush that comes with achieving an objective after dying for the thousandth time. 'Hyper Light Drifter' taps into this as well, with frenetic, lightning-speed combat and an extremely low tolerance for player error. Many enemy attacks can kill outright, and they come in such quick succession that death is as frequent as it is inevitable. Like 'The Binding of Isaac', there is a very high skill cap, and it takes a long time to reach. 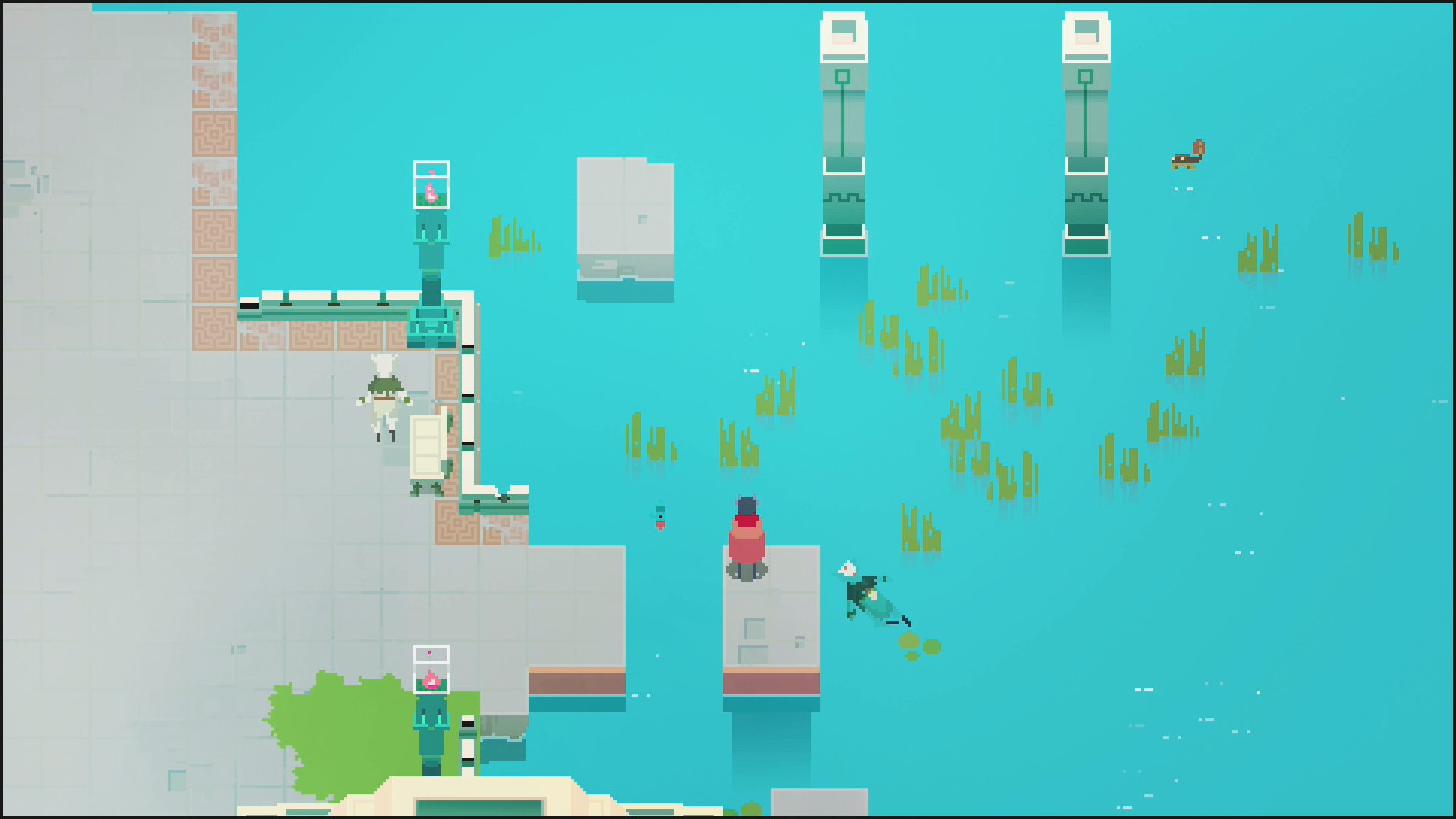 I'm not sure why 'Hyper Light Drifter's combat rubs me the wrong way, but I can't get into it like I can with other games of its difficulty level. It crosses the fine line from a welcome challenge to a mean absurdity pretty quickly, and is completely unapologetic. This will be very appealing to some gamers, those who will spend hours and hours specializing in a single game, working on their mastery of it like a craftsman on his magnum opus. For those like myself who like a lot of content and/or innovation with their high difficulty to keep from being demoralized, it became a chore to plod through 'Drifter's levels. Some enemy attacks are telegraphed and some are not, but the main cause for concern on the Xbox One version is a sticky dash button that just seems a tad sluggish. It's at least as likely that I'm just bad at it, but either way it didn't give me the urge to keep going.

The storyline also suffers from some issues. It was meant to be delivered in abstract, and in that it succeeds. There is no text, just little animations, foreboding music, and the occasional cutscene. All of it is inscrutable, a non sequitur of weirdness that meanders here and there without conveying any message. A picture may be worth a thousand words, but I really wouldn't mind a thousands words if it was able to impart any semblance of a narrative or conflict besides killing all creatures. The player character has a horrible illness of some kind that makes him stagger and cough up blood periodically, and the world might be in a post-apocalyptic state, but I would be at a loss if pressed for more details on the lore. 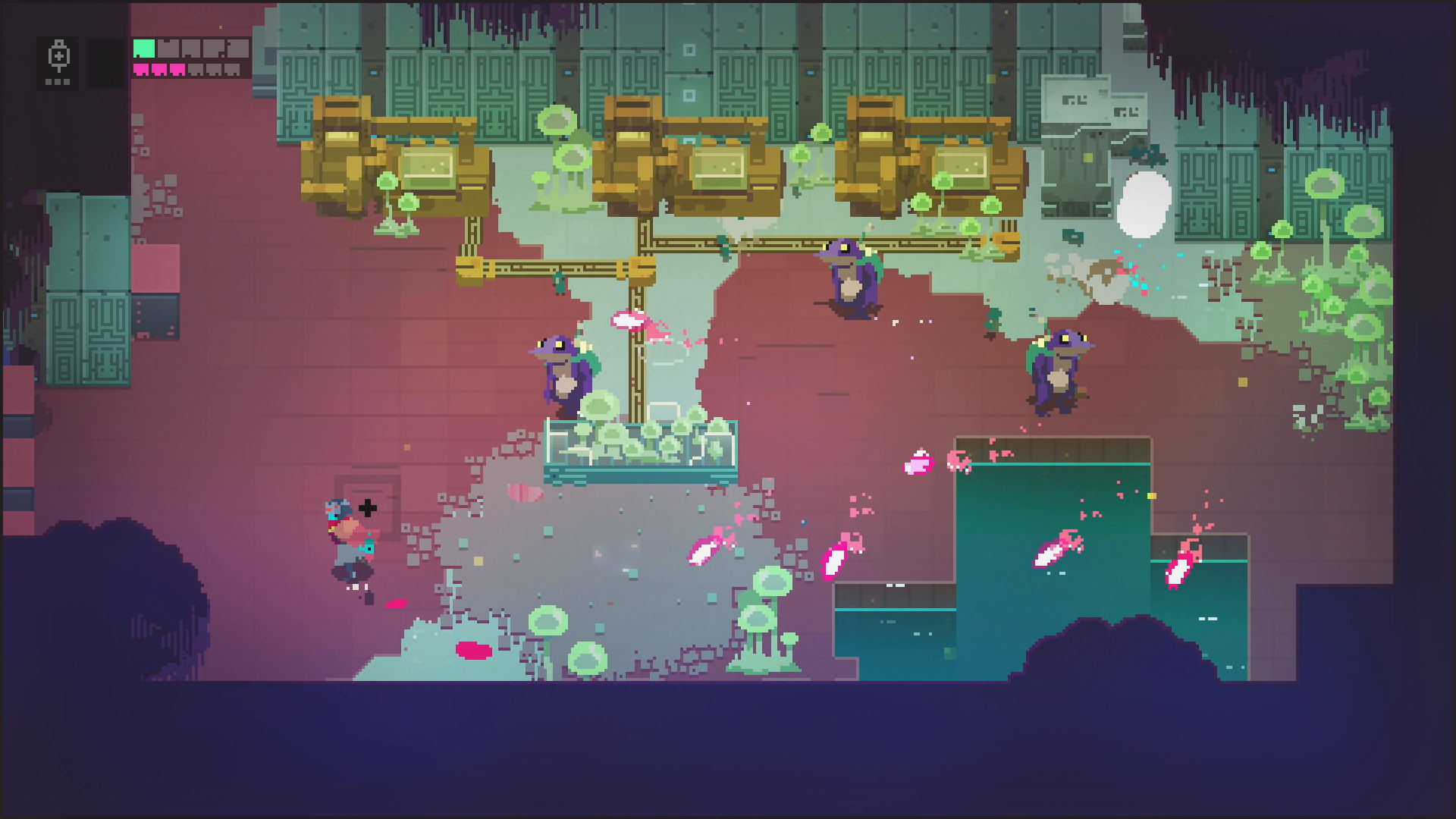 It is a kind of open world, but that is really the only thing linking it to 'Diablo'. There's no loot, no leveling or classes, not much progression at all really besides the occasional health kit, and probably no demons. The combat is a faster, more modern take on classic 'Zelda', but the slashing and dashing doesn't improve throughout the game. 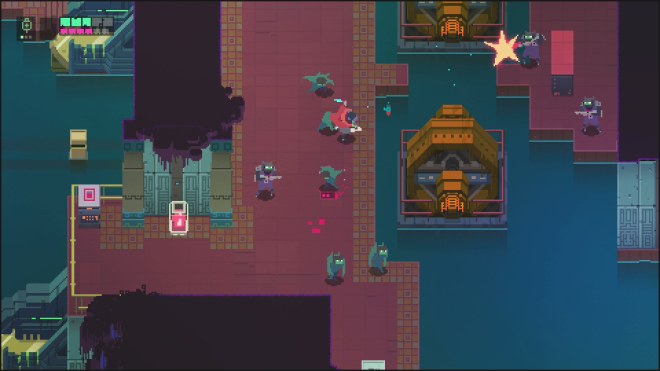 'Hyper Light Drifter' does have an amazing retro look going for it. The pixelated environments and animations are smooth and detailed, and everything is vibrantly colored. Enemies are easy to distinguish from one another and the effects, while simple, are still pretty neat. I did have some issues with the controls as I mentioned, not to mention the horribly inconvenient healing animation, but otherwise it runs fine from a technical standpoint. No doubt the huge Kickstarter response was to thank for the polish and bug testing. 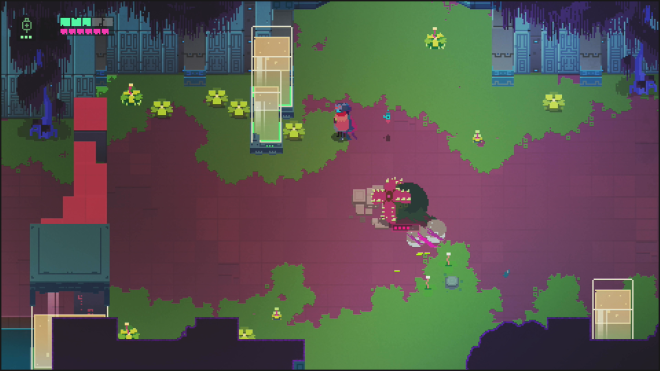 The sound is also quite good, an admirable combination of modern indie stuff with old-timey chip music. It was composed by Disasterpeace, who has previously worked on 'Shoot Many Robots', 'Fez' and 'It Follows'. It's mostly sad and low tempo, but is one of the few things about the game's obscure atmosphere I could appreciate.

Couch co-op is now available, and there is little else to entice me back to play more. Despite any openness the world, I just wandered about without an impetus, getting repeatedly murdered and increasingly disenchanted. 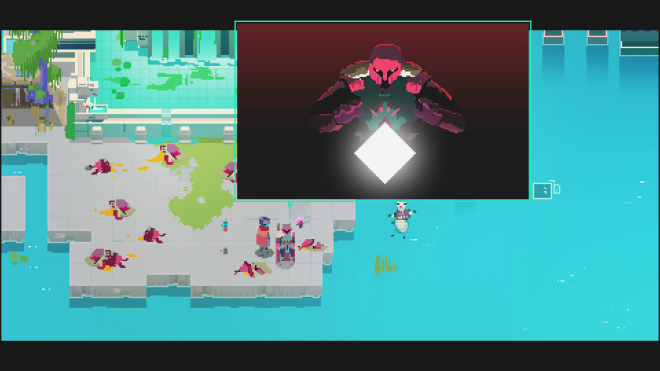 I can see why some people like 'Hyper Light Drifter'. Its combination of nostalgia, pretty pixels, and cruel gameplay are an intoxicating drug to some. I'm not one of those people, unfortunately. As I played I felt like the annoying moviegoing companion, always asking for an explanation of events onscreen from fellow viewers also watching for the first time, equally mystified.