Headphones, headsets, and the like are more prevalent and necessary now than at any time before. For the discerning traveler, Creative is offering the Aurvana ANC, which features a compact- but fixed 40mm driver on ear design, toggleable, battery-powered active noise cancellation, a detachable nylon cable, mic and one-button control, and a hard travel case.

The Aurvana ANC has a plane, train, and bus traveler purpose, but nearly everything about the headphones makes it a good candidate for gaming on the go and at home.

My first thoughts when looking at the Aurvana ANC centered around the battery. The Aurvana ANC offers active noise-cancelling, but it does not have a rechargeable battery. Instead, a single AAA battery is required. This presumably helps to keep the cost of the Aurvana ANC way down, but as a whole package, I found the headphones to be light, simple, and to run for days of heavy use without issue.

Normally, using such a battery for long journeys, like trans-continental flights, and keeping an extra AAA battery or two for the Aurvana ANC on-hand, say inside of the hard travel case, means that the ANC can be used indefinitely, and without reliance on the surrounding power situation. Of course, the headphones will work in a passive mode without power, but when trying to block out outside noise, the ANC is a real asset. Then again, considering how long a single battery lasts, it would have to be one heck of a flight to require multiple batteries.

This past summer, I took the Aurvana ANC on the road. I was at first focused on its performance for music and other non-gaming related uses (like audiobooks and podcasts), but I also found that the headphones are comfortable enough to use during long hotel-room based gaming sessions.

With games like 'Chrono Trigger DS' and 'Shovel Knight,' the Aurvana was surprisingly adroit. It's an efficient headset, which would prove important when I event ually paired it with the home consoles. But it was first in airports, planes, and ultimately hotel rooms where the Aurvana ANC proved to be indispensable. Whether I'm working or trying to enjoy some down time, being in the same hotel room as someone else who happens to have frequent, contentious conference calls is enough to drive me up the wall. It's here where the Aurvana ANC was like a refuge. 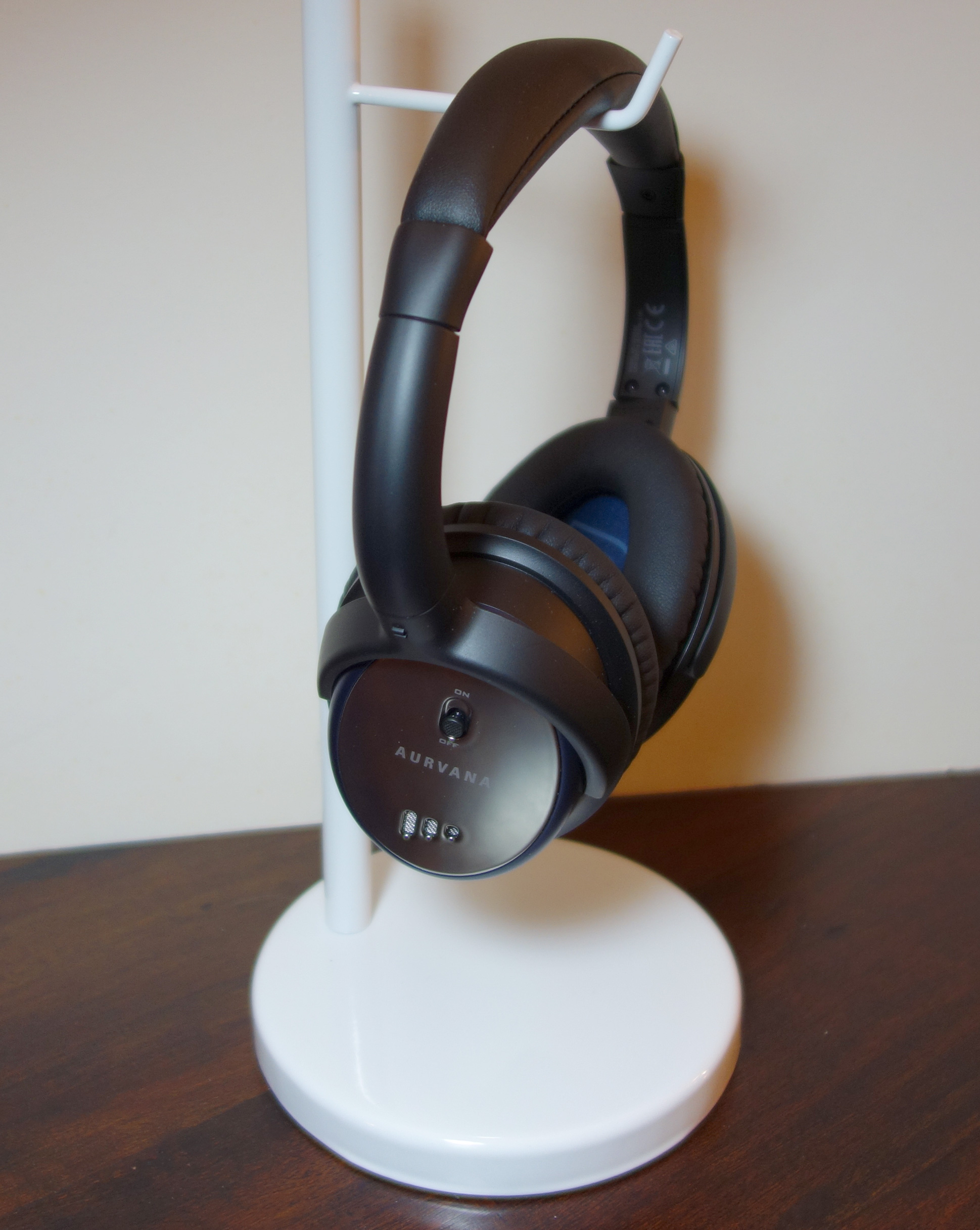 The headphones have a lone switch on outside of the left ear cup. When flipped to On, both amplification and ANC are activated. That, plus say the 'Chrono Trigger' battle theme music, and a tiny hotel room full of noise gets pushed far away.

This important separation of distracting noise would be rendered moot if the Aurvana were uncomfortable or if the audio performance under undelivered. But free from the typical over-emphasis of bass and muddy power draw of many headphones, using the Aurvana ANC for the 'DOOM' campaign on the Xbox One S is excellent. 'DOOM's brutal soundtrack and trademark demon and weapon sounds pour through the Aurvana ANC like they were made for one another. Heading into 'Metal Gear Solid V: The Phantom Pain' on the PS4 and unsurprisingly, the Aurvana does a fine job conveying the exquisite sound mix.

There is a lot to like about the feel of the Aurvana ANC. In many ways the headphones mimic an old favorite of mine, the Creative Aurvana X-Fi. The Aurvana ANC is lighter and more streamlined. Its sliding battery compartment (on the outside of the right ear cup) is slick. The headphones fold flat for storage in the hard case, but manage a nice, no break-in needed feel. 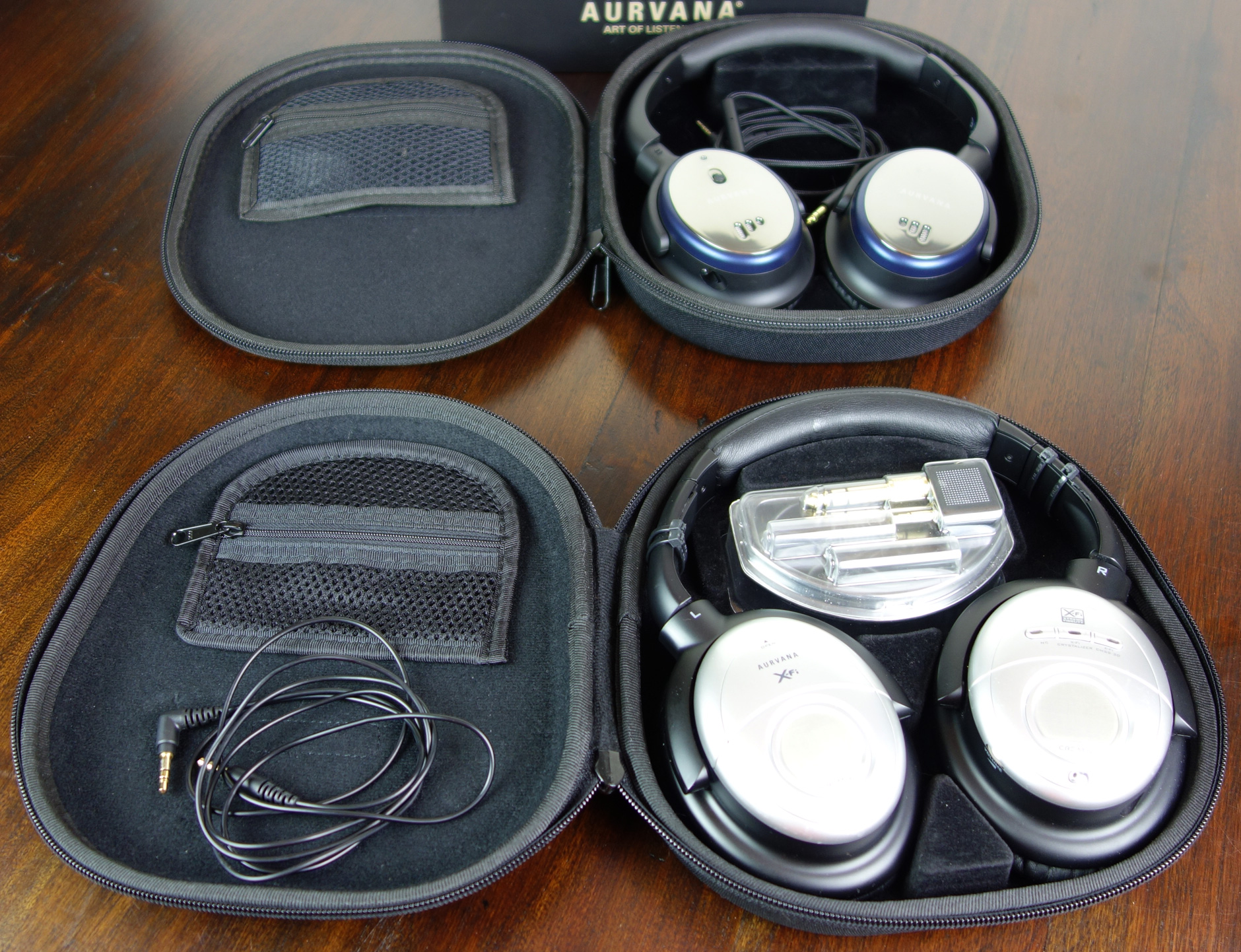 The nylon cable has a built-in dangle mic and one button for media control. The plastic and shape used for the mic and control section leave something to be desired. The performance is decent for both calls and chat. I wouldn't recommend using a dangle mic for heavy online gaming, but for occasional use like when traveling or for that rare venture online, it works well.

The Aurvana ANC is on my shortlist of headsets that are good to take to events (like PAX) and carry around for use at demo stations. The 3.5mm connection should for PS4 or Xbox One demo stations, and the ANC can be flipped on to help block out the rest of the show floor.

In addition to the headphones and 3.5mm cable, the nice packaing includes the nylon hard case, an airline adapter (which is rarely necessary these days), and a single AAA battery. The inside of the case has a zippered pocket which is Velcroed in place. The headphones and cable (along with the adapter, batteries, and other small inclusions) fit in the case with ease though the headphones need to be on their smallest head setting. The case is an essential inclusion which help to turn the Aurvana into a real road warrior. 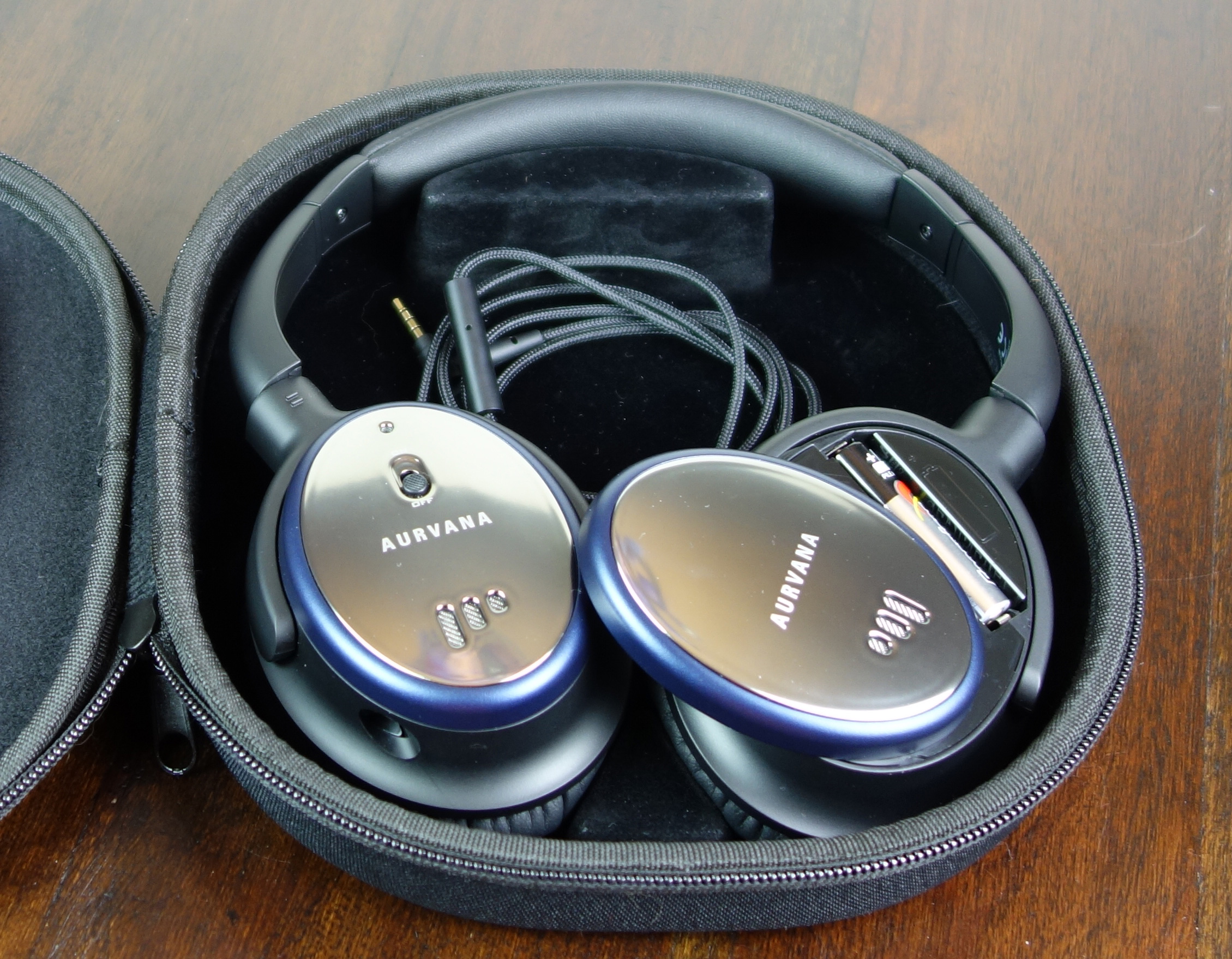 The styling of the headphones, which has a touch of navy blue and two smokey reflective surfaces to go with all the black, is distinct enough without shouting or being tacky. The small black headband helps to keep everything in check.

In portable applications, the cabling was fine, but with the home consoles, like the PS4, it would have been nice to have an inline volume control. Creative has been adding such smart throwback features into many of their headsets, so I'm hoping to see it in future version of the Aurvana ANC.

I first wasn't thrilled with the amplification being directly tied to the ANC and vice versa, but it never proved to be an issue in use. One thing that users will want to be sure of is not to leave the power switch on as there is no auto power off that I know of. 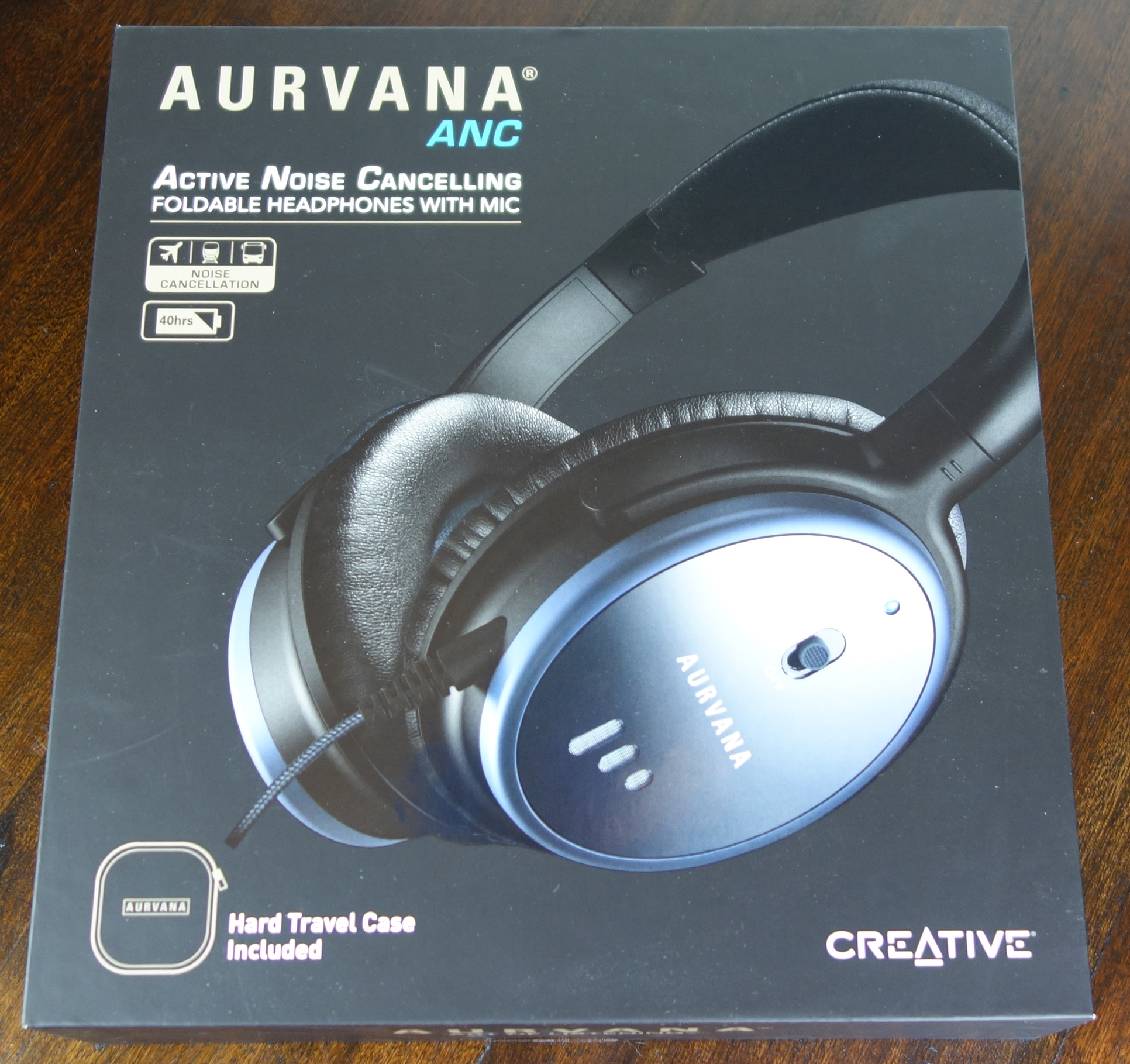 The Creative Aurvana ANC was built to perform well under travelling conditions, but with a 3.5mm connection, single AAA battery amplification and ANC, light and efficient design, the headphones are well-suited for gaming at home and on the go.