The Game Itself
4 Stars
The Video: Sizing Up the Picture
4.5 Stars
The Audio: Rating the Sound
4 Stars
Replay Factor
1.5 Stars
Bottom Line
Recommended

Dutch developer Digital Dreams released their first game in 2014. Called 'Metrico,' the PlayStation Vita exclusive stood out due to its spreadsheet theme and usage of the PlayStation Vita's touchscreens and cameras. Now the developer has adapted the puzzle platformer to work on consoles and PC, and have added over 40 new puzzles to the game they are now calling 'Metrico+.'

After an overly confusing menu screen where I had to choose between a male or female protagonist (the icons on-screen were abstract to the point where I had no clue they even represented people), I immediately found myself in a world filled with numbers and infographics. There's no cutscene to explain what is possibly going on, as instead 'Metrico+' is just a puzzle platformer that wants the player to solve some puzzles. While I don't have a problem with this approach, those hoping that Digital Dreams added a 'Braid' type story will be largely disappointed.

The overall goal of each screen is rather blasé, as like almost every platformer, I had to guide my character from the left side of the screen to the right (which was often blocked by various objects and gaps). What's so interesting, and unique, about 'Metrico' is how it presents its puzzles. Barriers are often adorned by fractions, and moving platforms will have a percentile attached to them. There is no constant as to what stimuli correspond to these numbers (sometimes jumping will trigger the environment to change, other times simply moving to the right would do it), as it was completely up to me to experiment and figure out how these strange objects operate.

This leads to a distinct trial and error feel to the game. The first thing I would do whenever I progressed to a new puzzle was to perform every action I could. I would jump, shoot bullets at every object, reset the puzzle (as that becomes a key mechanic later on), and purposefully die a few times. More often than not, this would tell me what I had to do for a particular screen. The process of identifying what I had to do in 'Metrico+' was often more interesting than actually performing it. 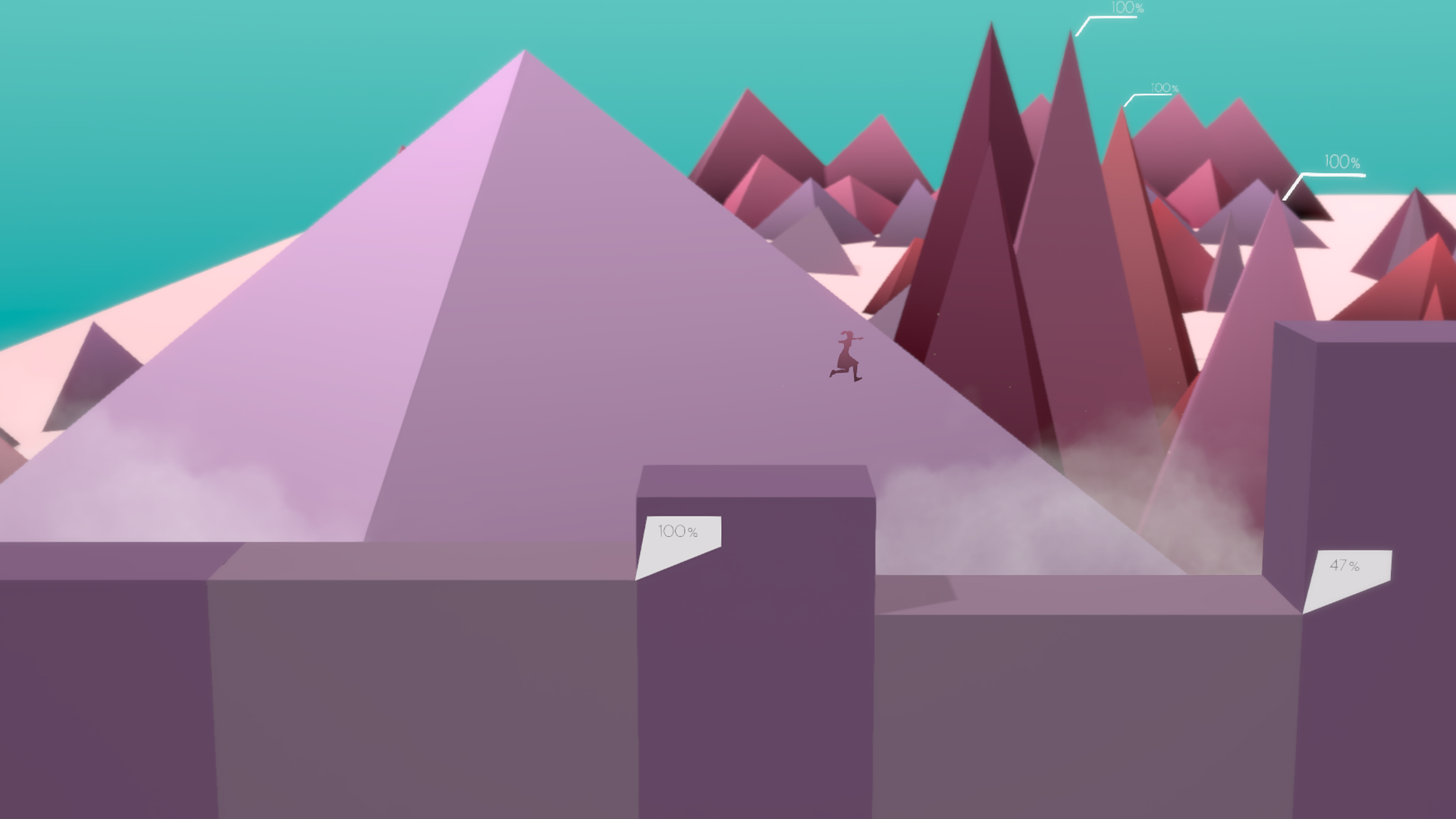 Once I would figure out what the game was asking me to do, it all came down to execution. It's incredibly satisfying to come up with a plan and watch it go off without a hitch (although the majority of the puzzles took multiple tries). Most of the time I was able to go at a pretty relaxed pace, but there were a few sections that tested my reflexes as much as my mind. While It can be a tough balance to strike, Digital Dreams did a great job on delivering on both the puzzle and platforming aspects of the game.

A lot of 'Metrico+' will feel familiar to those that played 2014's 'Metrico' and that's due to the game featuring four of the same worlds as the Vita version. Even then, Digital Dreams still manages to spice up the familiar setting by introducing several new puzzles to each area. The old puzzles also feel different, as I no longer had to fumble around my Vita's touchscreen to perform basic actions. All of those gimmicks are gone, and it's a better game because of it.

There are two completely brand new worlds in 'Metrico+,' and each of these introduces a mechanic that wasn't in the original game. One builds upon the shooting mechanic that is introduced early on by allowing bullets to bounce off walls, while the other allows the player to swap places with enemies. Both are fun new variants that open up a lot of gameplay opportunities, and I particularly enjoyed having to switch places with my foes. It reminded me a lot of one of my favorite puzzle games, 'The Swapper,' and it ended the game on a real high note. 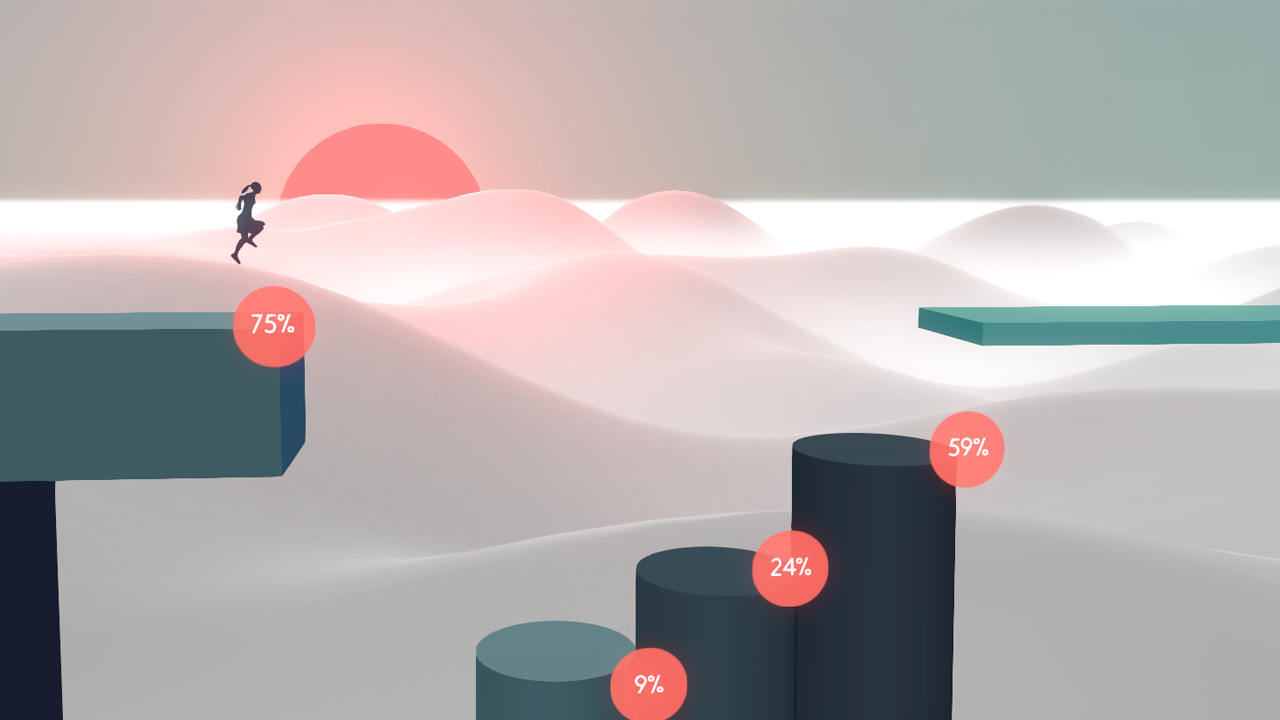 While I generally found my time with 'Metrico+' to be smooth sailing, there were a few times when I spent almost an hour struggling to get past a single puzzle. Even when I eventually solved these puzzles, I didn't feel like I had accomplished something. In one case I was stuck due to a mechanic (I couldn't aim in a certain direction for whatever reason) that was introduced only to be immediately discarded afterwards. I didn't learn anything from that puzzle, I was just left frustrated for no real reason instead.

This sort of frustration was more common in the original release (as certain mechanics involving light and color often didn't work), so it's disappointing to see it rear its head here a few times. Digital Dreams has largely nailed the difficulty curve, as puzzles are just difficult enough that I had to work for each solution, but an in-game hint system could've made this a much more enjoyable experience. At a certain point I just wanted to move onto a new challenge, yet 'Metrico' insisted that I bang my head against a wall a few extra times. 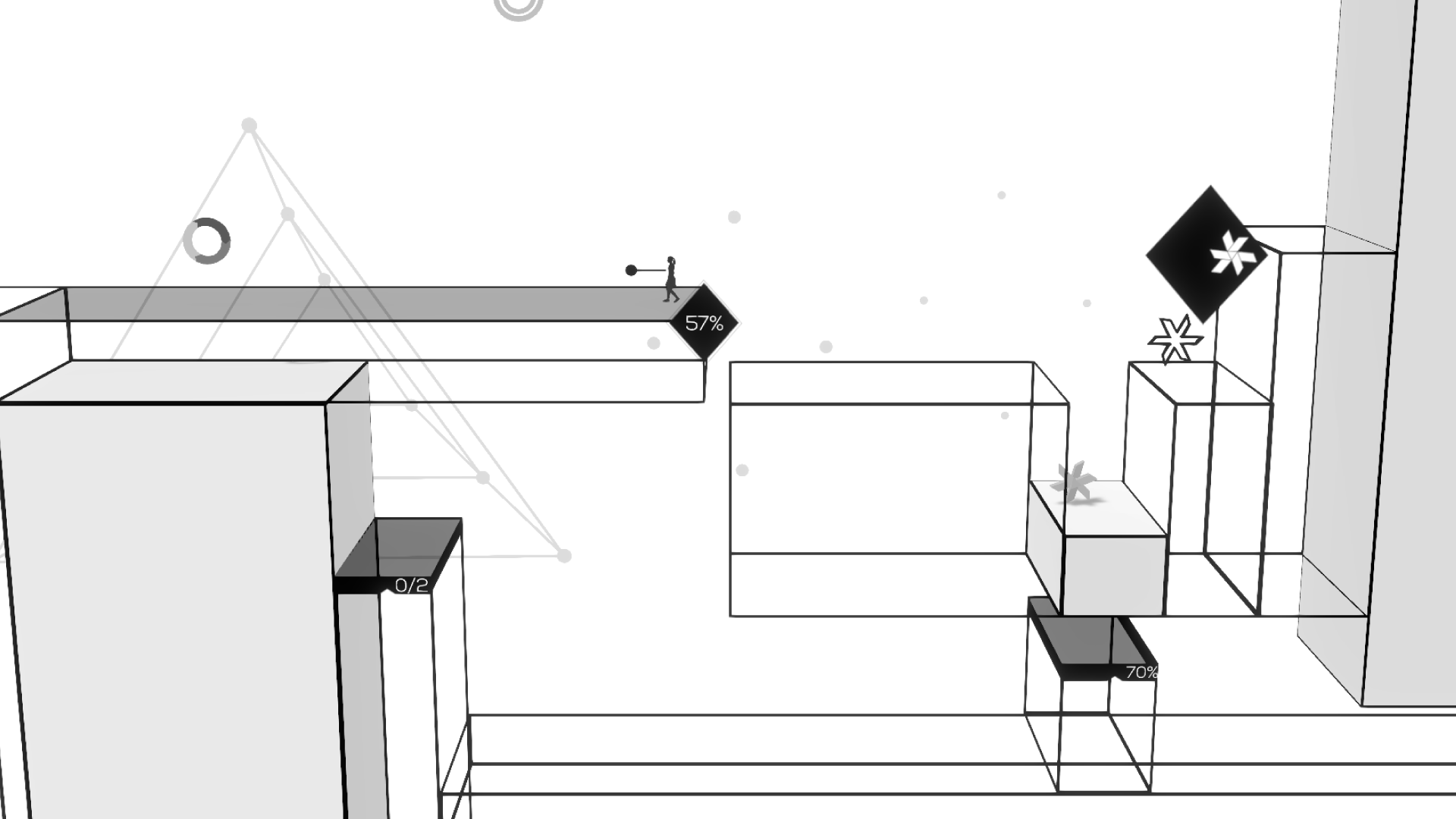 That said, the high points far outweigh the few disappointments. I was consistently impressed by how smart the majority of the solutions were, and was always excited to see what challenge the game would task me with next. Digital Dreams did a great job of making sure that I had figured something out, even if a lot of trial and error ultimately led to it.

It's worth noting that 'Metrico+' does have some presentation issues. It tries to tell the player as little as possible, which is great from an aesthetic standpoint, but poor for actual apprehension. For example, when I was introduced to bouncing projectiles, the game simply showed me a picture of a computer mouse. I had to hold in a left click for about five seconds to pass the tutorial, but instead I had no clue what to do. I was spinning my scroll wheel, right clicking, and doing everything I could with a mouse (which admittedly isn't much) until I eventually stumbled upon it. A few words would've communicated this better than a picture that didn't even highlight the area I was supposed to use. 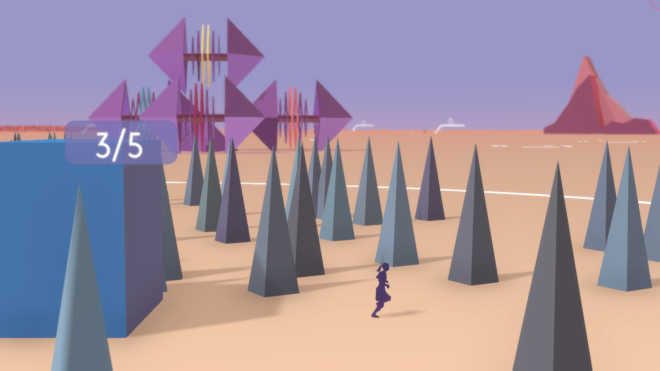 Even more impressive than the brilliant puzzle design is 'Metrico+'s visuals. Each of the game's six worlds has their own theme, and every single one looks great. Ranging from a minimalist black and white look to gorgeous dreamscapes full of geometry and infographics. If there's one small downside to the ever changing style, it's that sometimes it can be hard to differentiate between background & foreground, and if something is a hole or a platform. These moments of confusion are infrequent, though, and only disrupt the gameplay flow for a few seconds. 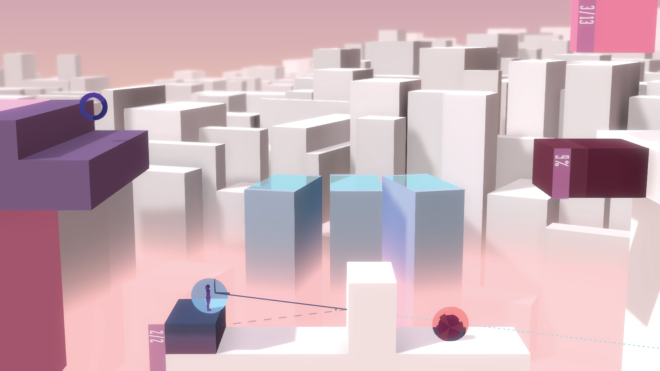 Just like the original game, 'Metrico+' has a great soundtrack composed by electronic artist Palmbomen. Since most of 'Metrico's visuals are abstract, it really relies on the music to set a tone. It does this wonderfully as each world sounds distinctly different and evoked feelings of adventure & unrest while playing. At times, the game even allowed me to interact with the music by jumping on specific platforms that were tied to musical cues. This doesn't happen often, but it definitely added a memorable impact the few times it did occur.

Upon completing 'Metrico+' I had little desire to jump back in. The puzzles are all linear, so once I knew how to solve something it became just a matter of execution. To their credit, Digital Dreams have added in some challenging achievements (including some really difficult ones for speedrunning the game), but I had experienced everything I wanted to see upon a single playthrough. 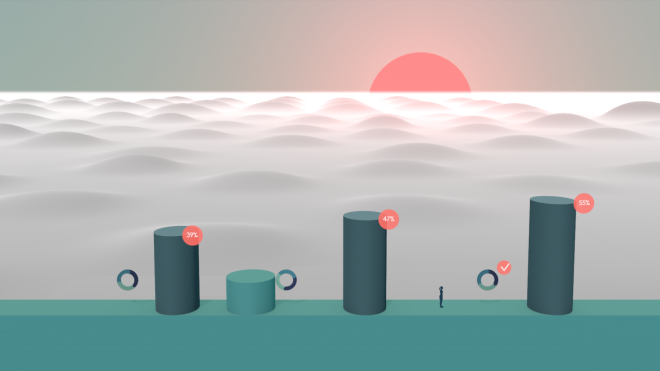 'Metrico+' removes all of the gimmicks that made the original a burden to play, and replaces them with fantastic level design. This isn't a port, it's a complete overhaul that demonstrates what Digital Dreams has learned from their Vita exclusive. This update is well worth playing for puzzle platforming fans, regardless of whether or not one has played the 2014 game.