The Game Itself
4.5 Stars
The Video: Sizing Up the Picture
4.5 Stars
The Audio: Rating the Sound
4 Stars
Replay Factor
2 Stars
Bottom Line
Recommended

A collaboration between 'Q.U.B.E. 2' designer Dan Da Rocha and 'Mortar Melon' creator Henry Hoffman, 'Hue' is a puzzle platformer that is designed around color. Developer Fiddlesticks' game takes place in a world where everyone sees in grayscale, and only a few scientific minds know that additional colors exist. It's up to players to help a young boy named Hue discover color, while also tracing the steps of his missing mother.

'Hue' stars a small boy of the same name, who is left searching for his mom after an experiment goes awry. Hue lives in a world devoid of color, which is what his mother was researching before her sudden disappearance. He eventually stumbles upon the color blue, and sets off on an adventure to make his family whole again.

This singular color is enough for the game to introduce its core mechanic of color matching. By using the right analog stick, I could change the world from gray to blue. This would eliminate any blue objects that might be in my way, such as a wall or a box. These early puzzles are a breeze, as it really comes down to just knowing when to switch from gray to blue, but things quickly ramp up in difficulty. 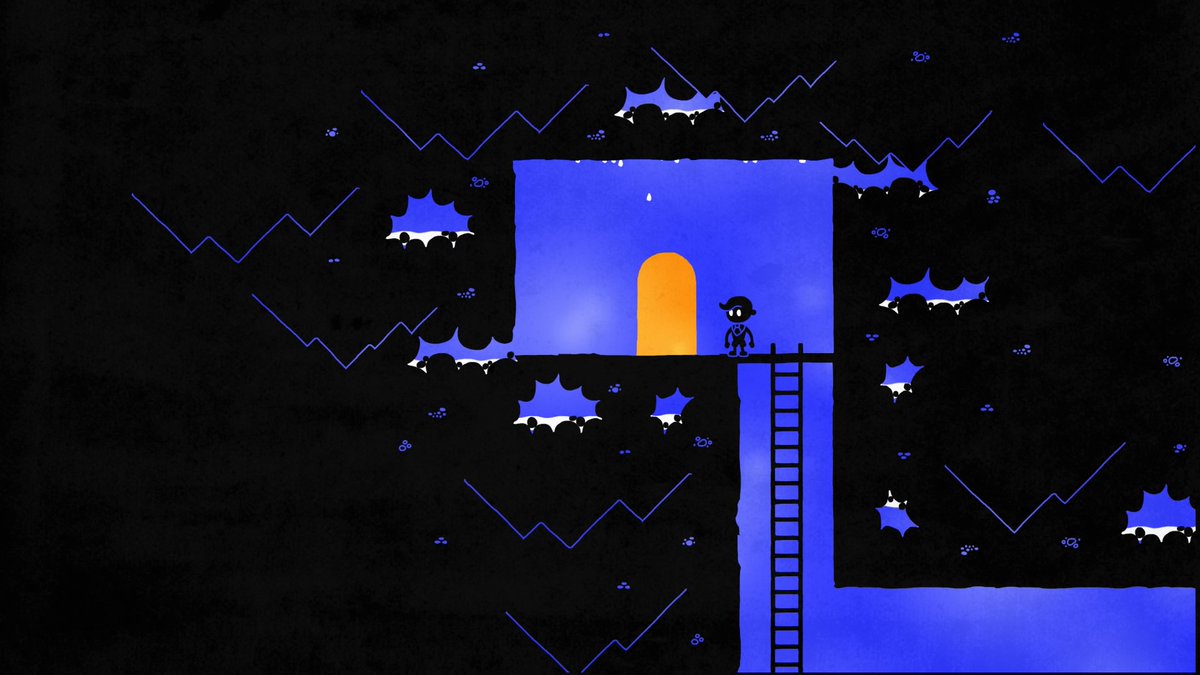 After about ten minutes of play, 'Hue' throws in the color purple into the mix. This instantly allows for more complex puzzle solving, as it forced me to switch between the two colors to see what objects were hidden in the environment. If the background was blue and there wasn't a way for me to get across a gap, then chances were high that I had made the platform that I needed to cross invisible.

New colors continue to come in at a nice pace (about every thirty minutes of play), and the game does a great job of always building upon the mechanics that it taught the players previously. One area may revolve around moving colored boxes around, while the next will introduce paint, and have players changing the color of objects. 'Hue' gets a lot of mileage from this one core idea of color, and it's because it fully explored it. 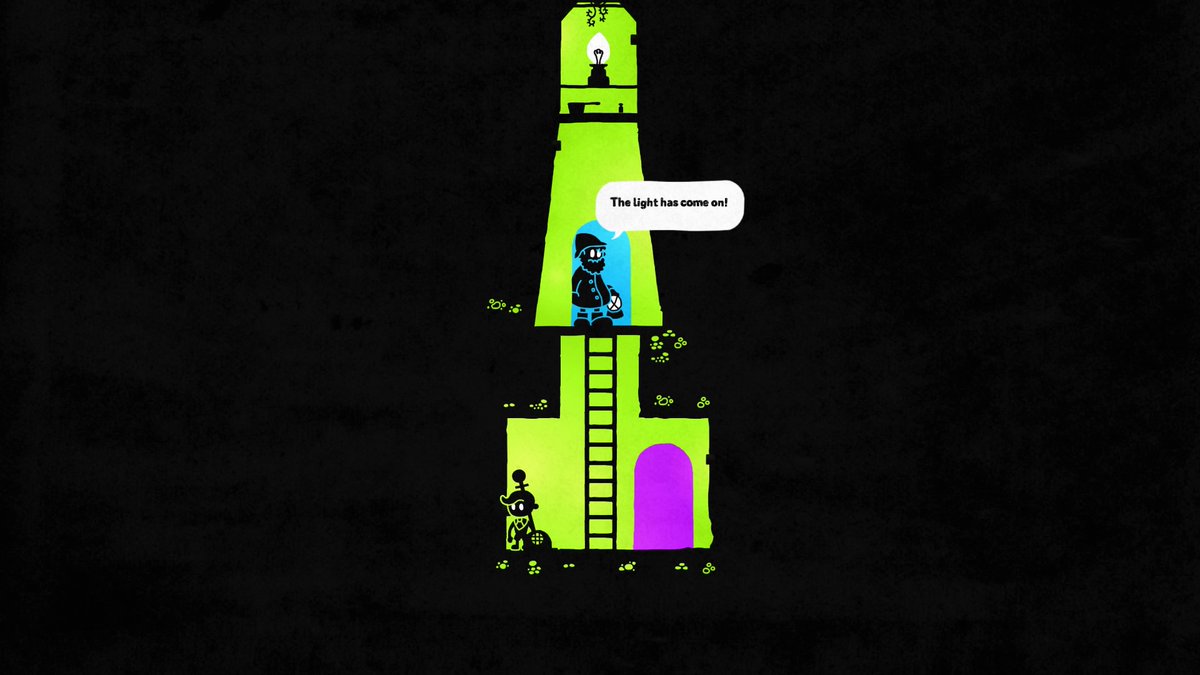 What I found most impressive about 'Hue' was that I was never stuck on a puzzle for more than a few minutes at a time. Instead, I always knew what I needed to do, I just had to figure out how to get there. I can't imagine how much playtesting had to occur to make the game progress this naturally, but I was never frustrated.

That's not to say that 'Hue' is easy, though. Da Rocha and Hoffman have really struck a perfect balance of difficulty here, as I was always adequately challenged. The game consistently taught me a concept, expanded upon it, and then combined it with previously taught concepts. All puzzle games can learn from 'Hue's design, as it's a very enjoyable playthrough. 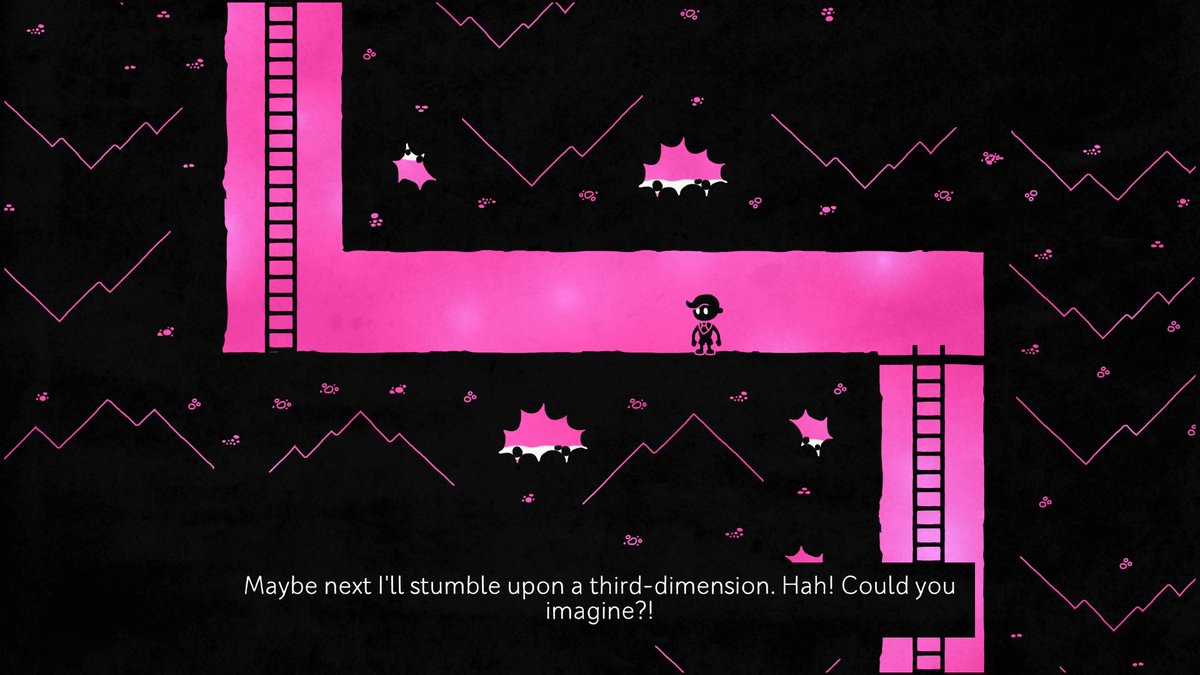 While the puzzle solving is top-notch, so is the actual platforming. Similar to when switching weapons in 'DOOM,' the game slows down when selecting the color of the background. This leads to some awesome platforming scenarios where I'm making jumps that look like they'll lead to sudden death, yet switch the background at the last second to make a platform appear.

For the most part the platforming and puzzle-solving is separated between exploration segments and puzzle rooms, but they really come together in the final area. I had to put every skill I had acquired, my reflexes, and my mind to the test in order to succeed. It was a triumphant feat when I had finished the game, and I was presented with a nice happy ending as a reward.

If there's one disappointment in 'Hue,' it's the narrative. It's not bad, but it briefly touches on a lot of deeper topics (such as existence, regret and perception) that aren't really explored in a meaningful way. In the end, it was a simple, enjoyable story, but I felt like it could've been more than that and the game comes so close to capitalizing on it. 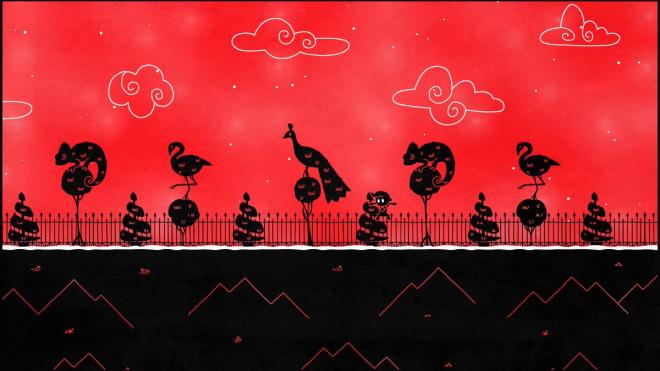 I'm not sure if the screenshots really do 'Hue' justice, but it's simply gorgeous to look at. The game is initially only presented in grayscale, and soon the world lights up once Hue finds his first color. The contrast between the bold backgrounds and the black foreground creates a clashing style that looks wonderful. It's a great reminder of how dull life would be without color, and how lucky humans are to be able to perceive it.

It's also worth noting that the game does have a colorblind mode, which is key since the puzzles all revolve around colors and switching to red instead of pink accidentally could cause instant death. 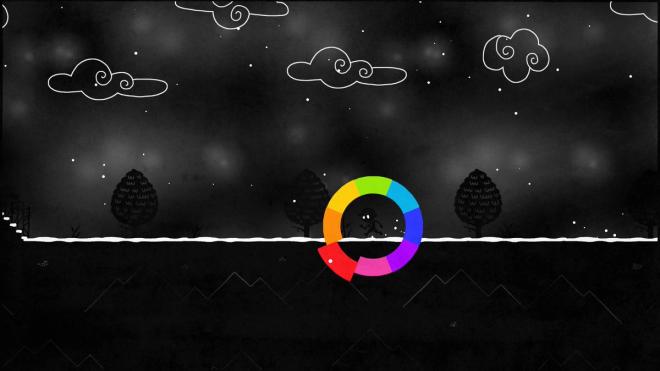 'Hue' features an original piano-driven soundtrack with over 30 songs. These solemn pieces add a lot of mood to what is otherwise a puzzle-heavy experience. It also features some great voice acting by British actress Anna Acton, who reads the letters that Hue's mother leaves behind. While I was a bit underwhelmed by some parts of the narrative, her performance is great.

It takes about five hours to beat 'Hue,' and the only reason to launch it again is to finish collecting the 20+ beakers that are hidden throughout the game. I found a little over 10 during my initial playthrough, which were sometimes accomplished by solving puzzles in alternate ways, and spotted several more that I couldn't get to. Thankfully, the game communicates how many beakers are left in each of the game's seven areas, so it's easy to go back and find the rest. It's almost set up like a Metroidvania in this way, as some of the beakers required colors that I didn't have at the time to be found. It's a nice touch, and a fun side-quest for completionists. 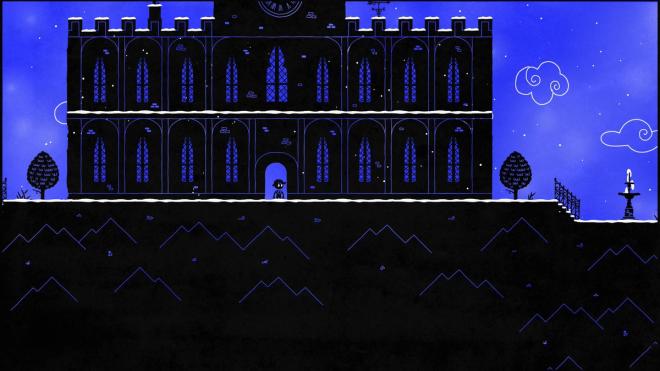 While the narrative falls a bit flat, 'Hue' succeeds at being both a puzzle game and a platformer. Most puzzle platformers only test my brain, but my reflexes also received a workout here. It impressively walks a tight line between being difficult, yet never left me feeling frustrated. Fiddlesticks have masterfully designed a game that dangled a carrot in front of me until its story ended.