The Game Itself
3.5 Stars
The Video: Sizing Up the Picture
3.5 Stars
The Audio: Rating the Sound
3 Stars
Replay Factor
2 Stars
Bottom Line
Recommended

Digital Xbox One version reviewed. 'Earthlock' is a Games with Gold title for the entire month of September 2016.

'Earthlock: Festival of Magic' was developed by Norwegian studio Snowcastle Games and has been in development since at least 2011. Its first Kickstarter in 2013 was snowed in by the new console releases, but a second one in 2014 passed its $150,000 goal. It is available now for Xbox One (and soon, the PC,) and at a later date for PS4 and Wii U.

Although I have long since abandoned the genre, I have fond memories of the JRPGs of the late 90s and early 2000s: the 'Breath of Fires', 'Dragon Quests', 'Final Fantasies', and so on. Snowcastle remembers them too, as it was from these games they took inspiration for 'Earthlock'. It is a turn-based RPG in the classic style, complete with an overmap, turn-based battles (no ATB here), and a leveling system not unlike those found in 'Final Fantasy X' and especially 'Final Fantasy XII'. 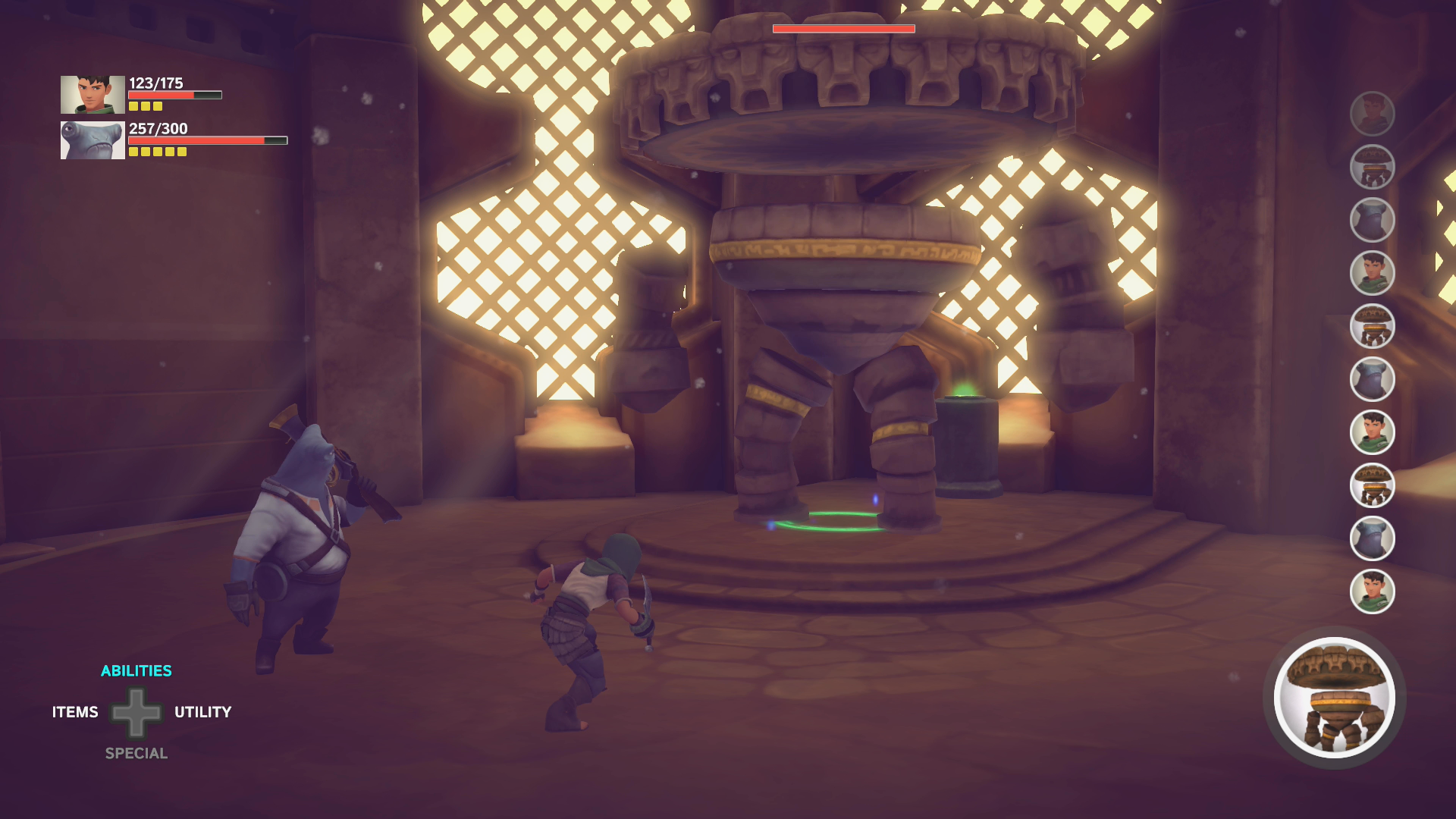 On the planet Umbra, the world has stopped spinning, which has caused some problems for local flora and fauna. One part of the world is a dry desert, another a frigid tundra, with a strip of somewhat habitable land in between. Amon is our main hero, a desert scavenger joined by his shark of an uncle (literally a shark - maybe "uncle" is an honorific title), a scholar who is a little pig/bunny hybrid, a redheaded hothead named Olia, and a few others. There is a concurrent story focused on Ive, the impertinent daughter of an airship general who desperately wants to follow in her father's footsteps, whose story eventually intertwines with Amon's.

If you have any familiarity with JRPGs, this will all sound very familiar. I don't mean to disparage 'Earthlock' because the story isn't bad, but it is meandering and recognizable. The prologue is especially slow and very light on substance, with me wandering around the overmap and using muscle memory to stumble through fights and exploration until the system begins to open itself up. Once it does open up, after 2-3 hours of play when the player is granted their own village, the timbre of 'Earthlock' changes drastically. It wasn't boring before that moment per se, but my expectations were gradually becoming lower with every battle. The early game also limits itself by keeping the party to only a couple of characters. This is common practice in JRPGs, but 'Earthlock' has a paired system of character advancement, which is obviously much better if you have two pairs of fighters instead of one, or one pair and a third wheel, as the case may be.

When two characters are paired, any action they complete in battle will be added towards their shared bond meter. This bond dispenses new passives and abilities over time in line with the nature of those two characters. When Amon (a thief) bonds with Gnart (a healing/buffing mage), the party gains access to better regen spells and potions, and more damage for Amon's stabs. When Gnart is paired instead with Ive's pet Taika, the party gets a lot of burst healing. Once more characters became available, I was able to mix and match them to find the best results for my playstyle. It's a simple system but it works, and kept me interested in party management.

The character advancement is also simple and interesting. There is a 2D grid of talents, and when a character levels up, they can place a new talent card in one of the slots. These can be stat bonuses, passive abilities, or activated abilities, depending on where they go on the grid. The level alone isn't enough, however - talent cards are in short supply. Some I found in the world or looted from dead monsters, while others I could craft in my village. The village can also sport a shop, questboard, item crafting, and a farm. The farming minigame is rather in-depth and many kinds of things can be grown and crafted there, and the plants can level up themselves for a better harvest. 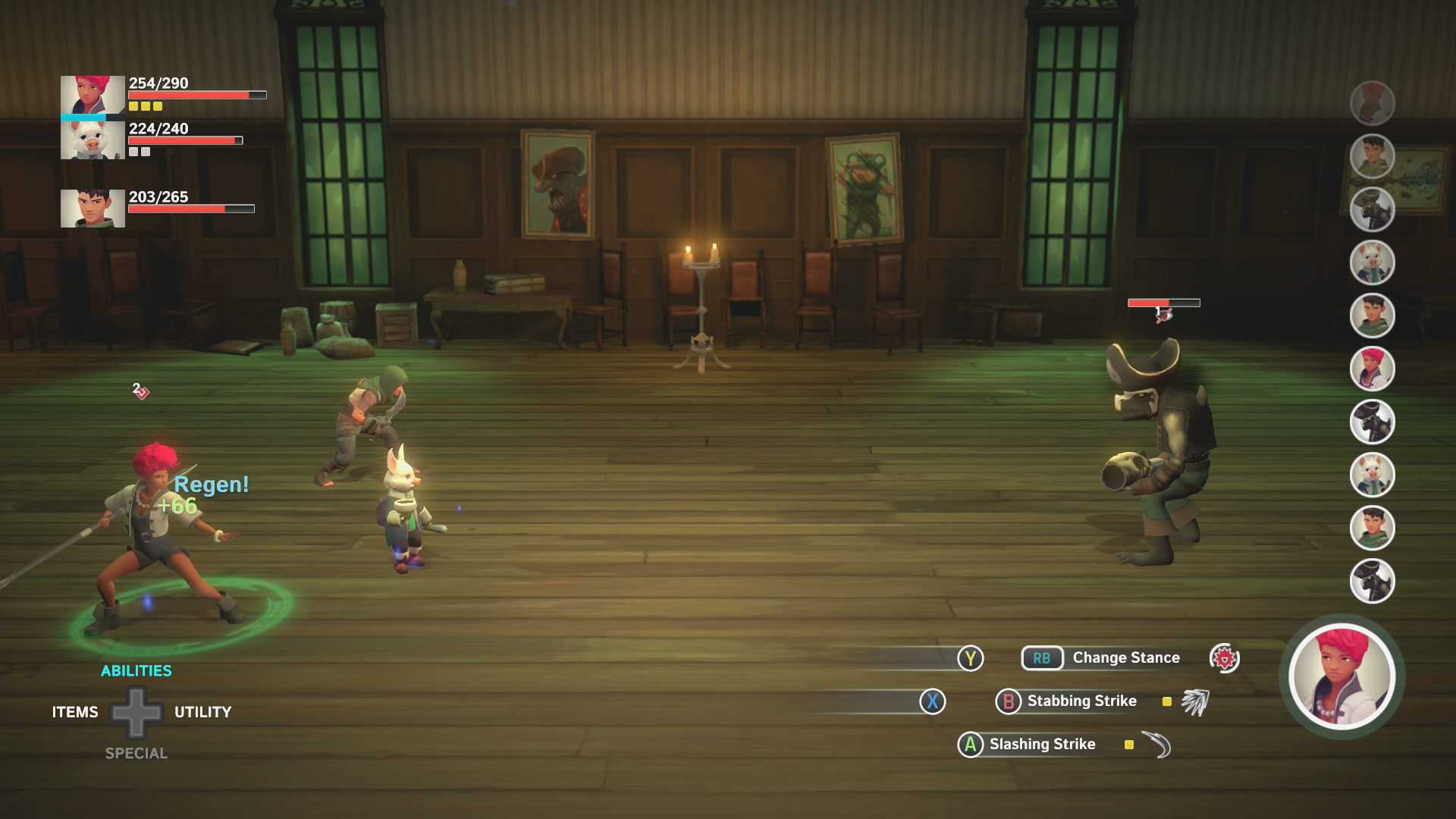 While by and large I am a fan of 'Earthlock's retro tendencies, I wish Snowcastle had taken a page from contemporary games for the save system. It's just like you remember from any of the classics. There are save points in some areas, and if you die at any time, you respawn at the save point, with all of the intervening progress lost. I learned this the hard way when the game crashed and I lost about a half hour of progress. It could have been worse, but it could be a lot better. This is a situation where the Xbox's suspend state comes in very handy. 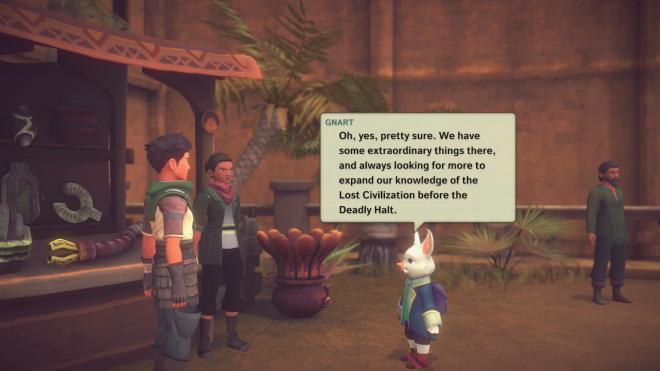 'Earthlock' completes its reminiscing with a very PS2 feel, but with the more modern capacity of the Unity engine. There are lots of bright colors, little magical effects, whimsical combat animations, 3D character models that still have a kind of polgyon aura, and everything else you'd expect from a JRPG inspiration. Environmental art is pretty, particularly the overworld maps. As mentioned I did have a couple of crashes, but otherwise the game can manage its framerate well. 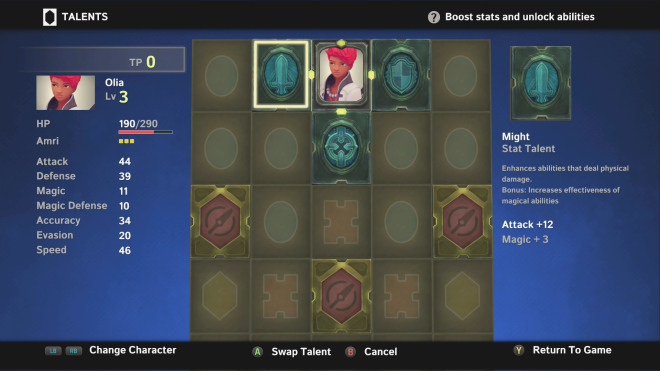 The airy fantasy soundtrack by longtime Snowcastle collaborator Eiko Ishiwata is decent, but in games like this it's common for the party to stay on one map for a long time, so the audio tracks soon become white noise. The sound effects are well done and also highly repetitive by nature. There is no voice acting.

'Earthlock' has one story to tell, so most of the content is going to be from playing around with the party village, experimenting with bonds, and the inevitable experience grind to defeat bosses. This is exactly the kind of thing that JRPGs are known for, and it delivers on that front. 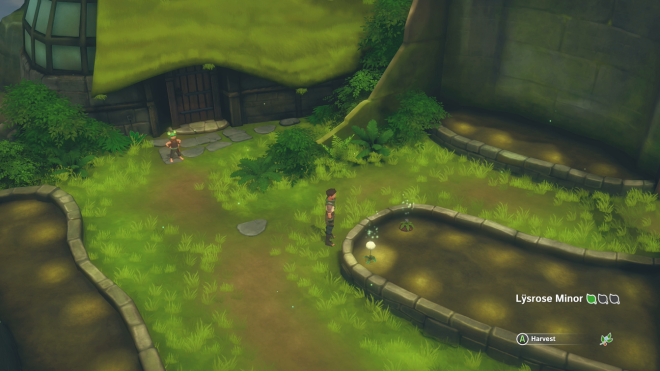 This homage to the seminal days of RPGs is quite successful at what it set out to do. The strong points include character advancement, the village, and enemy variety, while I was let down by a slow plot and inconvenient save system. The Xbox One isn't exactly a haven for this genre, but in nostalgia value alone it's a welcome treat.