House of Marley Nesta In-Ear headphones reviewed in the Hematite color. Review was conducted using a variety of 3.5mm connected devices, including the Xbox One and PS4.

With the rise and pervasiveness of modern tech in everyday life, few things seem as necessary and as important as a good pair off headphones. Something ear-canal sized and corded with a 3.5mm connection and ready to be stuffed into a jean pocket is a must for me. And with the triumphant rise of the 3.5mm port on both the PlayStation and Xbox controllers (and the array of consoles that now entails), a mobile set of quality earbuds can be even more indispensable. And into that breach comes the House of Marely with the Nesta in-ear headphones.

The Nesta is an angled design which contains 6mm drivers in a zirconia ceramic housing connected by a nylon cable via a 3.5mm jack. The Nesta has an in-line mic placed on the 3-button control, and the headphones come in earth-friendly packaging along with a soft travel bag and three sets of silicone eartips. The Nesta is being offered in three different colors. 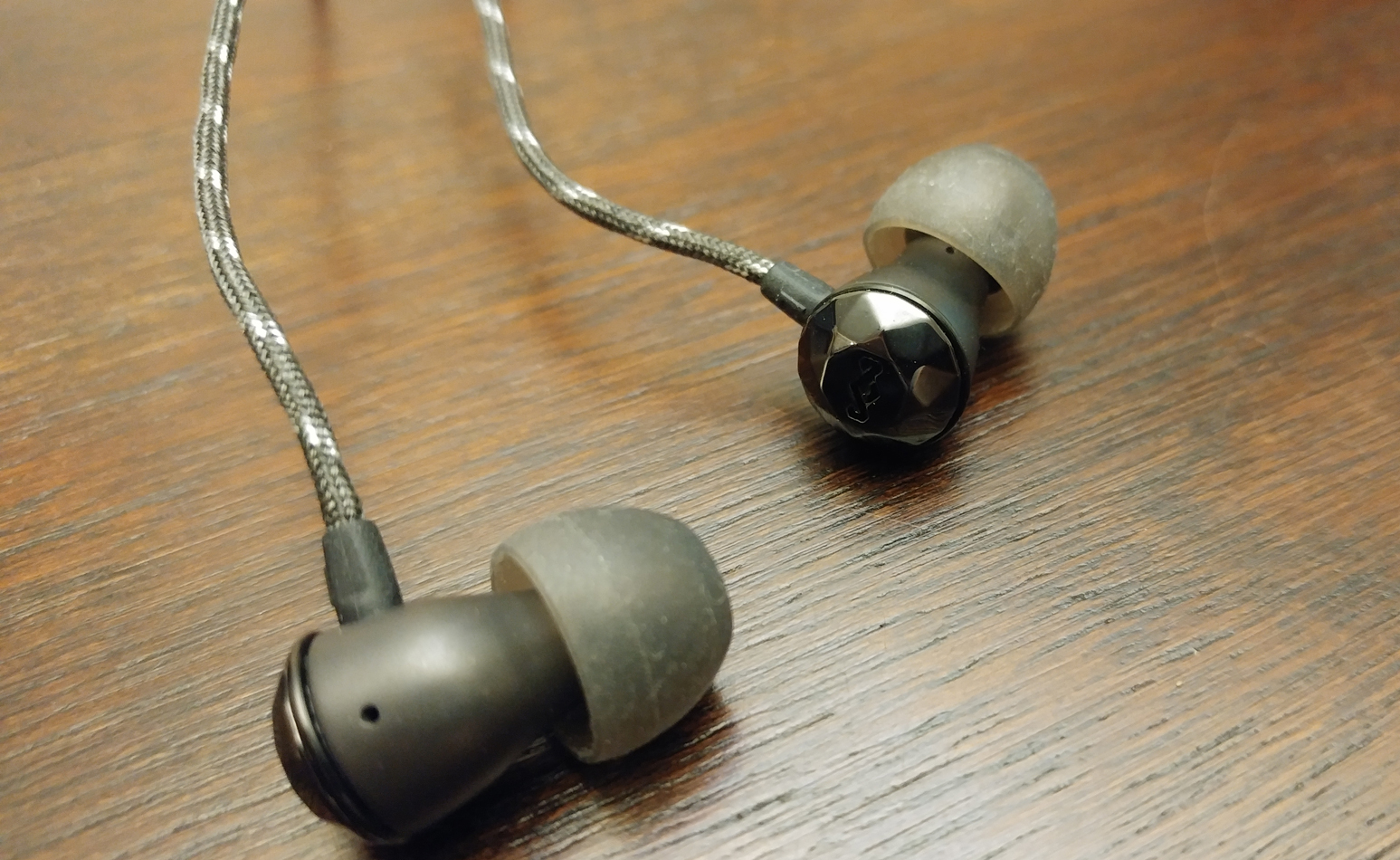 Right off, the Nesta in-ear headphones are a great introduction into the House of Marley line. It starts with the tight, minimalist but easy to manage packaging. (It really is the opposite of those somewhat painful bubble packs that are a mini-ordeal to open safely.) The focus on materials continues with the headphones. Specifically, the mix of ceramic and stainless steel give the Nesta a distinct premium feel even when sitting at a table covered in headphones of varying prices. Finally, when the fit is right, the Nesta's sound signature is welcoming.

The Nesta uses the now popular angled design to get the drivers close while the back of the casing fits snuggly in the pocket of the earlobe. (We're talking the cartilage.) With this design, the included three sets of silicone eartips become very important for getting the fit right, and that fit will impact both comfort and sound quality. Although I found the sizes lacking in terms of an obvious right fit for me, I was able to get a good fit. The payoff there was a high ceiling for the audio presentation with a decent (not great) level of comfort. I was able to wear the Nesta for hours at a time without real discomfort, but as is typical for me, in-ear headphones can feel looser or tighter depending on a variety of environmental factors.

After running a gauntlet of select music choices run against several of my go-to in-ear headphones, I was left feeling that the Nesta is a contrast with flat, monitor-style earbuds. Listening to something like the beginning of Low Roar's 'I'll Keep Coming,' and the warm sound of the Nesta feels powerful. That sense of power is fleeting, however. Listening to the Mowgli's 'San Francisco,' and the Nesta is not adept enough to bring the power of the crowd in without turning into a loud mess. But that is to be expected from in-ear headphones, and it's a failing that can be found on far more expensive models.

Still, the Nesta does not sound like $20 headphones, and if anything the Nesta sounds better that its $50 price would suggest. Getting a good seal is important, but there are issues. For example, noise-isolation if just ok.

The fabric covered cable, which the House of Marley has dubbed "REWIND" does a fine job of not tangling, but introduces some issues. For me, this kind of cabling has the side effect of carrying noise into that tight pocket of the ear canal. Compared with a flat cable, which also carries noise, fabric cabling is about twice as loud and the rough surface is more prone to the light friction that cause the noise. This is by far my greatest issue with the Nesta, but it's not the worst example of this problem that I've seen.

Ultimately, after spending hours and hours with the Nesta and headphone amp trying to find its faults and strength on my PC, and carrying them in pocket for lifestyle use, I went to work with what I consider to be a proper usage test. 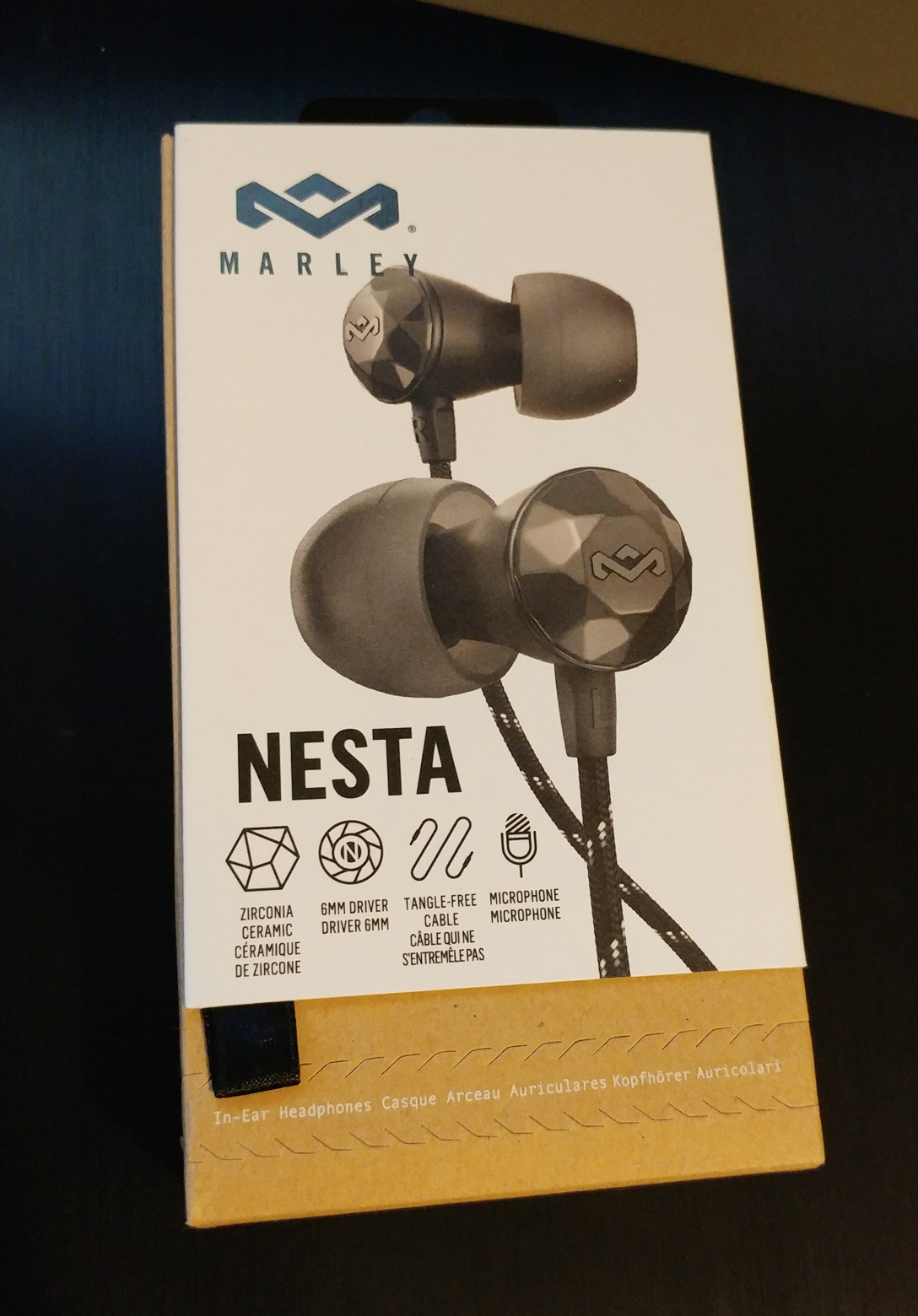 On the Xbox One, I fired up the 'NBA 2K17: The Prelude.' The free introduction to 'NBA 2K17' is focused around the start of the MyPLAYER career mode, which happens to my favorite mode. The specific focus here is a spread of games taken from a freshman college year at one of 10 bigtime programs (plus a bonus Olympic game). Taking the Nesta with me as my player, Matt "Pres" Nerms, tried his hand at being a coveted freshman 2guard for Arizona turned out to be an absolute blast.

Since I got stuck as I often do, creating the player's looks (and just trying to get something normal out of it), I had lots of time to hear the game's choice soundtrack play out via a Xbox Elite controller and the Nesta. Following that, the Nesta was great in-game. The sounds of the ball, the fans, the goofy stuff Nerms would say, the announcer commentary- it all shined as my other Nesta concerns fell away. 'The Prelude' features lots of cut-scenes with phone calls and in-dorm conversations (and homework), and I honestly think the Nesta really complimented this aspect. By the time I got the Olympic call-up, I was convinced that the Nesta and 'NBA 2K17' were an awesome pairing.

I felt similarly when revisiting 'Crew Expendable' in the original 'Modern Warfare.' The Nesta doesn't have the typical gaming overabundance of bass, but it's more lively than a flat presentation. 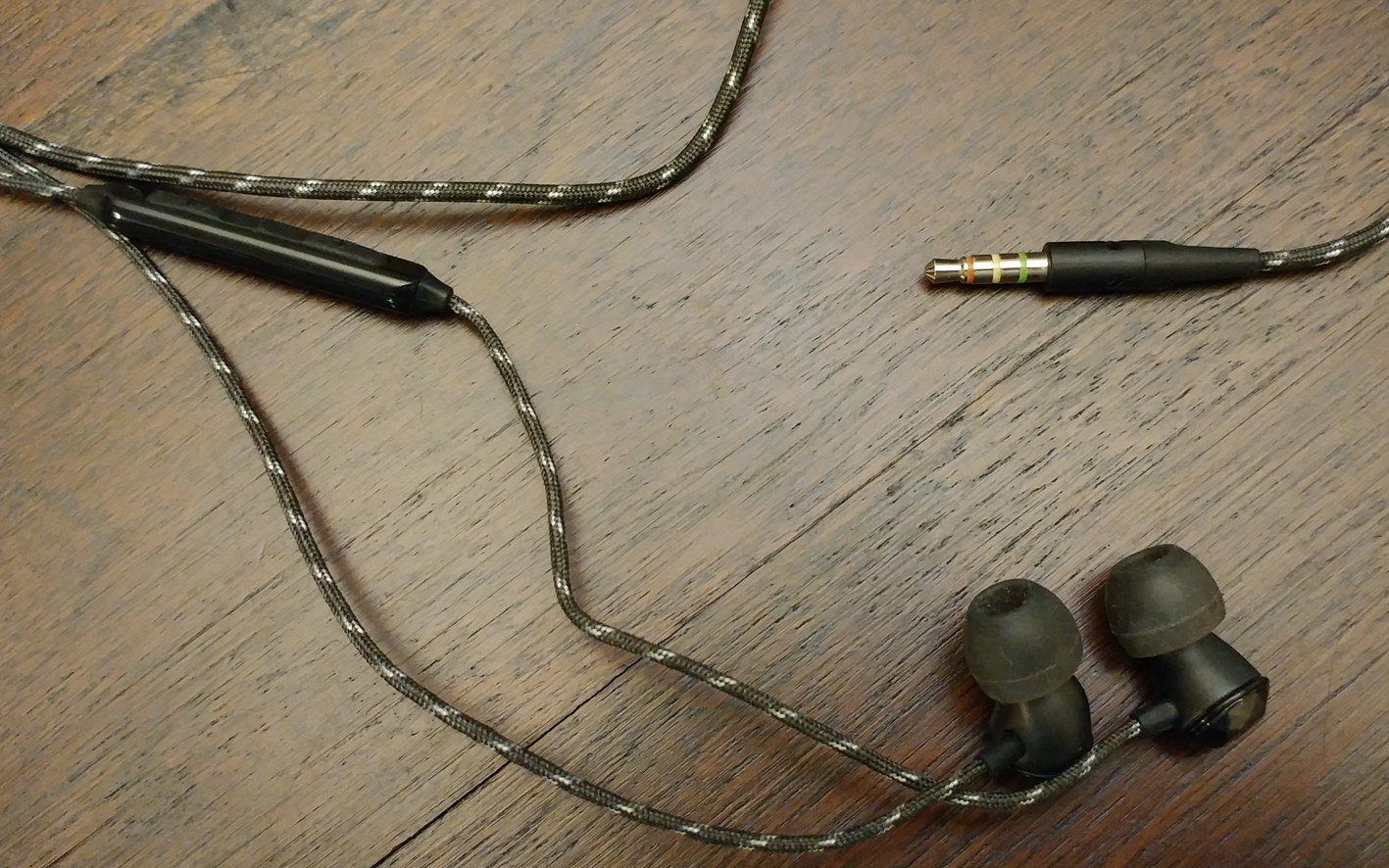 Although the Nesta is available in three colors, Gold, Hematite, and Rose Gold, I opted for the very conservative and dark lines of the Hematite. Although the dark contours hid much of the shape, there's no denying the effect of the materials. The cool feel of the Nesta and the sound it makes when I drop it on tile make explicit the ceramic and stainless steel nature. Thus far, the Nesta seems durable.

Here again, the cabling draws my ire. The dark fabric is coiled with a light strip and both colors have a little shimmer to them. The overall effect is lost on me. Both the conventional cabling of my Sennheisers or the flat cabling of my beyerdynamics would have been preferred here. The rings of the 4 pole 3.5mm connection show a flash of specific colors, which is a nice touch.

The Nesta's in-line mic and three button control combo is fine enough. The mic could be used for chat in a pinch and works fine for calls. The single button worked great on my LG G5, and that includes the Next (time 2) and Previous (times 3) media commands. The volume buttons were useless on Android, but worked fine on iOS. (It's going to be interesting how the iPhone 7 adds to this current status.)

The included "Travel Stash Bag" seemed a bit small at first, but it can easily contain the Nestas. The fabric cabling is in fact easy to wrap around two or three fingers and then stash in the bag. The Bob Marley-favored Ethiopian colors adorn the bag via a small fabric tab, and the whole package manages an earthy feel. 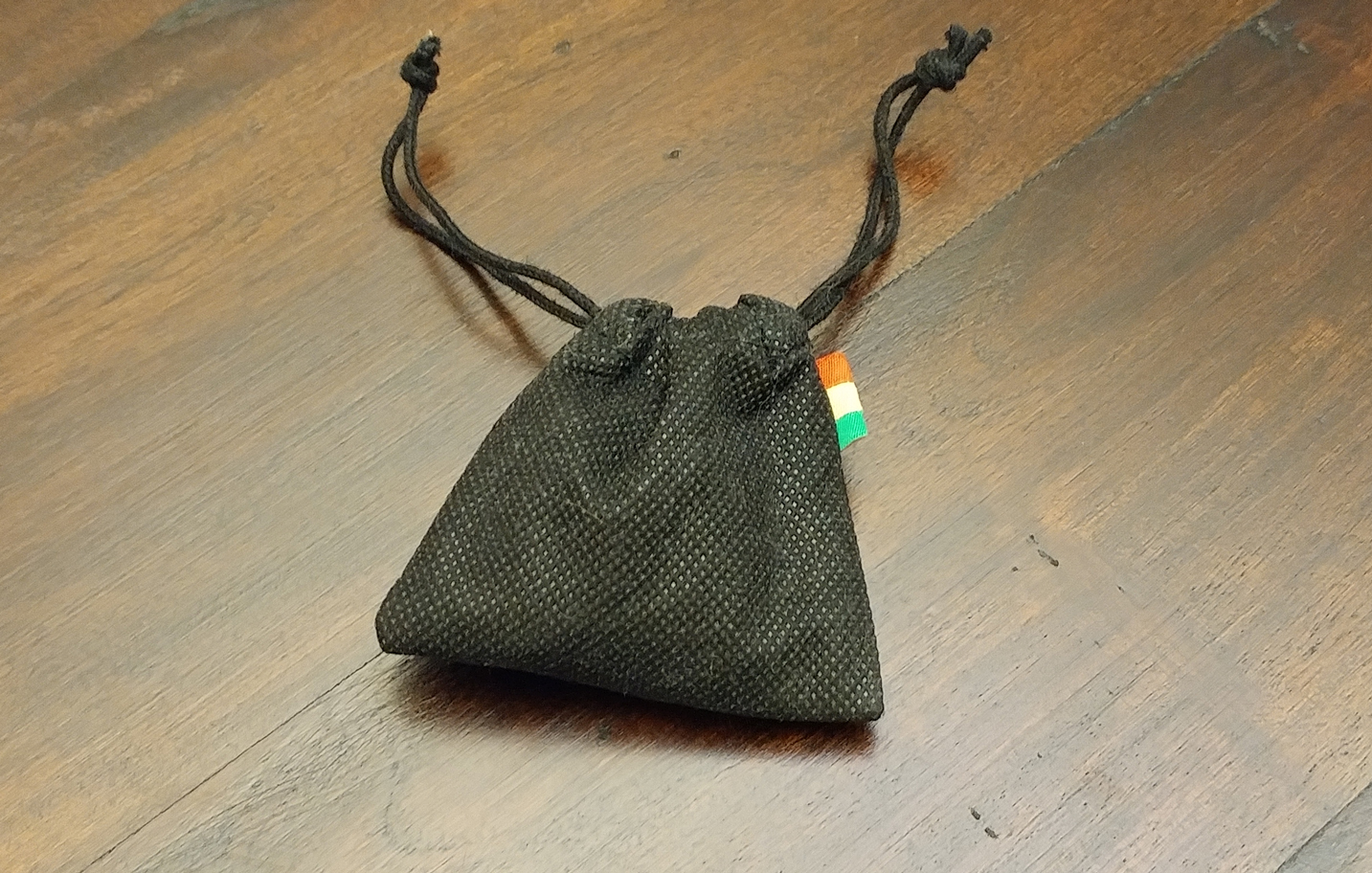 Anyone who enjoys and needs in-ear headphones should find something good in the House of Marely's Nesta. The feel and sound make for an enjoyable set from the category in spite of some quirks, and the Nesta did nicely when paired with everything in gaming that I asked of it.