Become a godslayer and return to the world of 'Shin Megami Tensei IV' with 'Apocalypse' (aka 'Final' in Japan). Set part of the way through the previous game, players are cast as Nanashi, a boy living as a demon hunter in Tokyo who gets killed on what should be a routine mission. Brought back to life by a mysterious deity, Nanashi will either become a pawn in a much larger game, or take back the world for humanity.

It took about 5 minutes to realize that I was in love with the ideas 'Shin Megami Tensei IV: Apocalypse' wants to deal with throughout the course of its runtime. It's predecessor, simply titled 'Shin Megami Tensei IV' was and still is one of my favorite games on the 3DS, though it suffered somewhat from a neutral path (the storyline most critical to 'Apocalypse') eventually forced players to complete almost every sidequest the game had to offer, turning later segments into a bit more of a slog than they should've been. That's part of why 'SMTIVA' is such a pleasant surprise. It somehow manages to not only start by justifying the previous games worst aspects, but dealing with it in such a unique way that it ends up being one of the best sequel hooks I've ever come across. 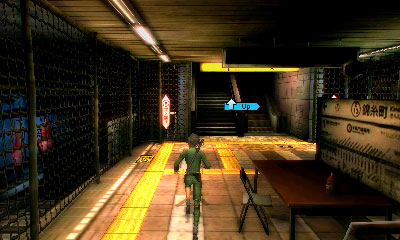 Calling it a sequel isn't 100% correct, though. The game begins about 70% of the way into the neutral route of 'SMTIV', far enough in the game that its protagonist, Flynn, is something of a hero to the people of Tokyo, having mounted successful assaults on the demons that have trapped the people of Tokyo for the past 25 years, giving the game a fairly hopeful tone at the start. But 'Apocalypse' doesn't star Flynn, instead casting the player as Nanashi, a 15 year old rookie demon hunter working with his best friend, Asahi. On one of Nanashi's first missions, his superiors are killed by demons, who then proceed to kill him. In the afterlife, Nanashi encounters Dagda, a mysterious deity who offers to bring him back to life if he agrees to become a godslayer and obey Dagda's orders without question.

The story 'SMTIVA' ultimately tells is remarkably compelling, and works both for newcomers with the previous game's story serving as more of a backdrop than something it relies on heavily, and for those who are familiar with the previous game. As much as I enjoyed the start of it all, I feared it would essentially play out as a simple shift in perspective on story beats I'd already seen, but the game doesn't take long to get to a major turn that dramatically changes everything I thought I knew about it. It's darker than 'IV', handles its characters far better than that game did, and is paced marvelously.

Mechanically, not much has changed this time around, though there isn't a single change that doesn't actively improve the game. The turn-based combat still uses the renowned press turn system, where exploiting enemy weaknesses earns players to perform extra actions before the enemy can act, while missing an attack will remove actions from a turn. Smirking, a system introduced in the previous game, has undergone a major overhaul. In 'IV', characters would smirk if they performed well in combat, ensuring that their next action would be a guaranteed critical hit. The same basic principle applies here, but smirking now imbues attacks with new effects. For example, Hama, an attack with a small chance of instantly killing enemies in previous games, now simply does damage normally, but if a character is smirking, the move not only gets its instakill effect back, but dramatically raises the chance of it succeeding, making the system feel like a genuinely vital part of combat, rather than a nice, if somewhat insubstantial addition.

Demon conversation, a system that allows demons to be recruited into the battle party by simply talking to them during fights instead of attacking, makes a return. Though it's much the same as it's been in previous 'SMT' games, it's still engaging and fun trying to puzzle out what makes each demon tick and how to best convince them to join you. Sometimes they'll simply ask for items, other times, they might recognize the player and immediately want to become an ally, or simply refuse outright. There are a ton of possible conversations to have, and the system remains repetitive throughout the game's runtime. Additionally, demons can be fused, combining two or more demons' skillsets and stats and creating an entirely new ally to use in combat. There's a lot of complexity to fusions that really allows players to maximize each demon's performance, but for those who don't want to delve into its intricacies, the game offers helpful recommendations and can automate much of the process. Considering the entire battle party outside of Nanashi is made up of demons, conversation and fusion are vital parts of the game, but they never become overwhelming or stale, and instead make the combat even more engaging. 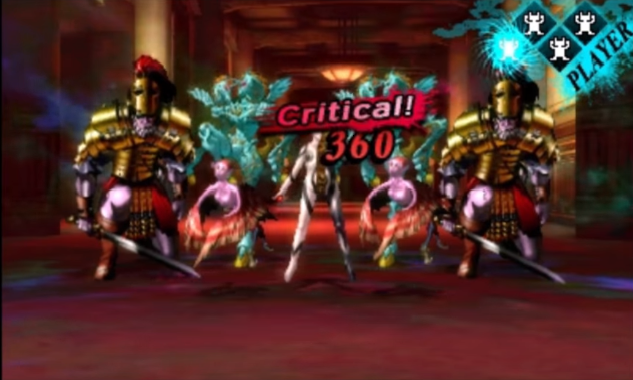 The biggest change to combat lies with the partner system. Partners, companions who perform actions entirely on their own, formerly would show up during specific moments in the story and would often leave the player. Here however, Nanashi always has at least one partner at his disposal and can pick which one to use at any time, and all of them have different benefits they provide. Asahi, for example, acts as a healer, where other partners might provide buffs, debuffs, or some simple extra damage. Additionally, with each action a partner takes, they'll fill up a support gauge. When filled, partners will stop enemies from taking their turn, provide major support to the party through healing and buffs, and deal a ton of damage to foes all at once. Where I often forgot the partner system existed in the last game, here, it's an integral part of battles, and makes things a great deal more interesting.

For all these systems designed to tip the odds in the player's favor, 'SMTIVA' absolutely isn't easy. On normal, bosses would destroy me unless I made sound tactical decisions, and enemies are afforded plenty of the same benefits as the player. While the game isn't cruel, and revives the player right where they were before getting into whatever fight kills them (though there's an option to get a game over upon death, for series veterans), I never felt like I could breeze through any of the fights, with even the basic random battles requiring a great deal of care.

The dungeons and environments here are in large part reused from 'SMTIV', but new life is added to almost every location, with remixed enemy placements, new secrets to find, and slight visual tweaks being applied to much of the game. I expected this to bother me, but what's here is still extremely fun to explore, and the new areas of the game, of which there are plenty, are diverse and interesting. While I can see the content reuse being an issue for some, 'Apocalypse' handles things with enough intelligent design that it never feels lazy in the slightest. 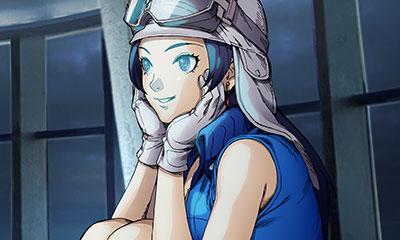 'SMTIVA', like its predecessor, feels fairly ambitious in what it tries to accomplish visually, and does a good job of bringing a ruined Tokyo to life. The city looks suitably grimy, while the towns, all of which are repurposed subways, are surprisingly visually distinct. Dungeons are varied and pack in a surprising amount of detail, and Nanashi's character model as well as the huge amount of alternate outfits available for him, all look great. The game has to compromise on this in a few places, and demons are exclusively just 2D sprites in combat, which tend to look somewhat blurry. The art direction and fantastic enemy design mitigates this, but it can definitely feel like a game at odds with its hardware. 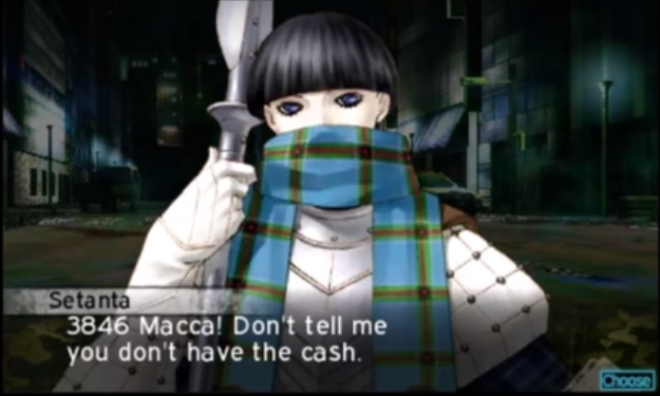 'SMTIV' has one of my favorite soundtracks of all time, and while 'Apocalypse' reuses some tracks, the new music here is incredible. It doesn't just suit the dark tone of the game perfectly, but it also packs in some catchy, insanely memorable beats. The battle themes are some of my favorite in recent years, and the remixes of tracks from the previous game are lovely. Additionally, the entire main story is fully voiced in English by a surprisingly good cast, outside of Dagda, whose voice actor puts on an awful sounding Irish accent throughout that occasionally felt distracting.

This is a massive game, easily lasting at least 60 hours on a first playthrough alone. There are multiple endings, difficulty settings, and content that can only really be unlocked on New Game+, such as a mode that gives an immediate game over upon death. The game is absolutely worth running through more than once. 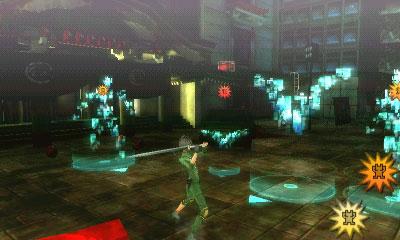 One of the best games on the 3DS has been bested with 'Shin Megami Tensei IV: Apocalypse ', and the result is an exciting, smart, and amazingly complex RPG. I can't think of a game I've enjoyed this much in 2016, and I'm already looking forward to diving back into this again in the near future. While it's worth playing its predecessor before diving into this, Atlus has done a good job of ensuring that the game stands on its own perfectly, making it accessible even to series newcomers. For those who like JRPGs in the slightest, 'SMTIVA' is absolutely worth playing.