The Game Itself
4 Stars
The Video: Sizing Up the Picture
3 Stars
The Audio: Rating the Sound
3.5 Stars
Replay Factor
4.5 Stars
Bottom Line
Recommended

Digital PS4 version reviewed. The three games are included in the 'Triple Pack,' but can also be bought individually as digital titles.

The 'Dead Rising Triple Pack' brings three of Capcom's zombie-filled open world games to Xbox One and PlayStation 4. It contains 2006's 'Dead Rising,' its 2010 sequel 'Dead Rising 2,' and the spin-off 'Dead Rising 2: Off the Record.' This collection also serves as a celebration of the series' 10th anniversary before 'Dead Rising 4' releases this December.

I was nervous about starting the original 'Dead Rising' for the first time since 2006, as many well-received titles from the era have aged extremely poorly. I've realized that many games I once cherished are now no longer enjoyable due to dated control schemes or just baffling design choices. Thankfully, that isn't the case here. In fact, all three of the games in the 'Dead Rising Triple Pack' are still really fun to play.

The reason why all three open world titles are still fun is due to the core gameplay remaining delightful. Each game had me killing massive crowds of zombies in increasingly dumb ways, and the shopping mall locale provides a great location for the mayhem to unfold. I had a dumb smile on my face every time I would use a shopping cart to plow through 30 zombies, and then used a fire extinguisher to freeze my undead followers. The 'Dead Rising' series doesn't take itself seriously, and that's exactly why the zombie killing is still fun here despite being played out elsewhere. 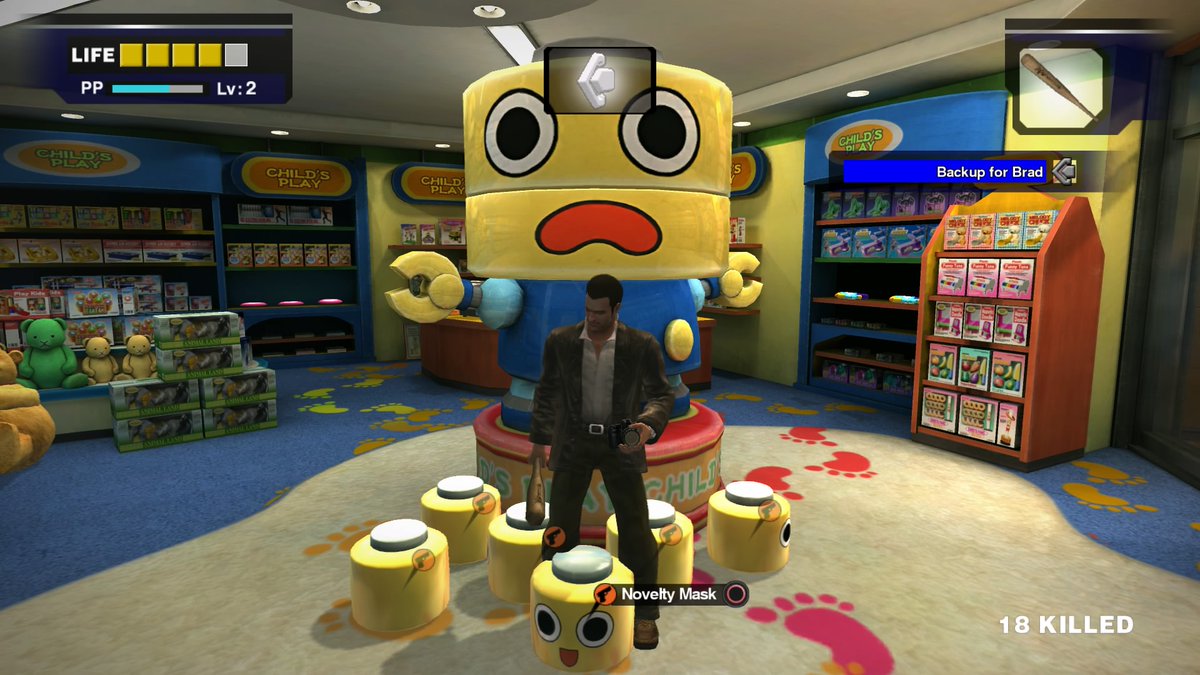 Besides the delightfully brutal combat, the gameplay in all three titles revolves around completing timed-missions (each protagonist has a 72-hour time limit they need to fulfill their goals within), and helping save any fellow survivors. This helps give the game a nice structure, while also letting it thrive in such an open world. Side missions are plentiful, but there wasn't really a penalty if I chose to cause mayhem instead of being a hero. 'Dead Rising' gives the player enough freedom to do what they want, with only a handful of missions being do-or-die scenarios.

One really interesting thing about playing through 'Dead Rising' to 'Dead Rising 2: Off the Record' was getting to see how the series evolved over time. The 2006 original definitely feels the most dated, as it requires the player to manually save and can feel awfully punishing when it comes to deaths. Losing chunks of progress isn't fun, but it's something that unavoidably will happen while playing. Eventually, the series starts to add save prompts after major missions, and by 'Off the Record' it implements checkpoints like most modern games. It really shows how the series kept building on a solid base and how it all culminated in the design of 'Dead Rising 3,' although players won't be able to check that out in this collection. 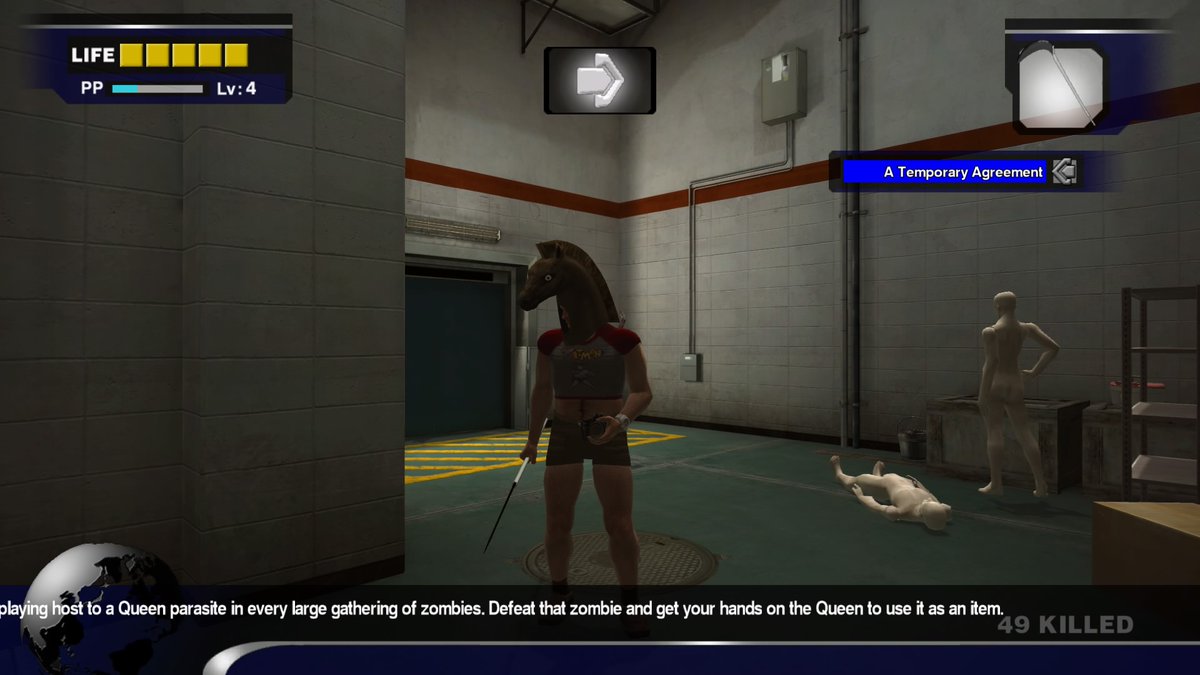 The downside to seeing the series evolve is that the games are largely untouched from the original versions. That's a bummer when compared to Capcom's previous remasters such as 'Resident Evil 0' and 'Devil May Cry 4: Special Edition,' as they added significant new features into the mix (such as new playable characters or control schemes) and helped modernize older games. It feels like a missed opportunity not giving players additional save slots (the original 'Dead Rising' only has one) or adding in optional checkpoints. Existing fans won't be bothered, but it's not exactly a pleasant experience for a newcomer.

While checking out the first game was a great nostalgia trip, I really feel like 'Dead Rising 2' is where the series started to shine. This is due to it being the first game in the series to support online cooperative play, and the zany action is only enhanced when playing with a friend. Not only does this make the experience feel less punishing (as my partner could revive me if I went down), but my favorite moments came from coordinating with a friend on ways to kill enemies in silly ways. One memorable sequence had us escorting a tiger, and getting it to fend off zombies as we raided a bar for vodka (one of the best healing items, obviously). 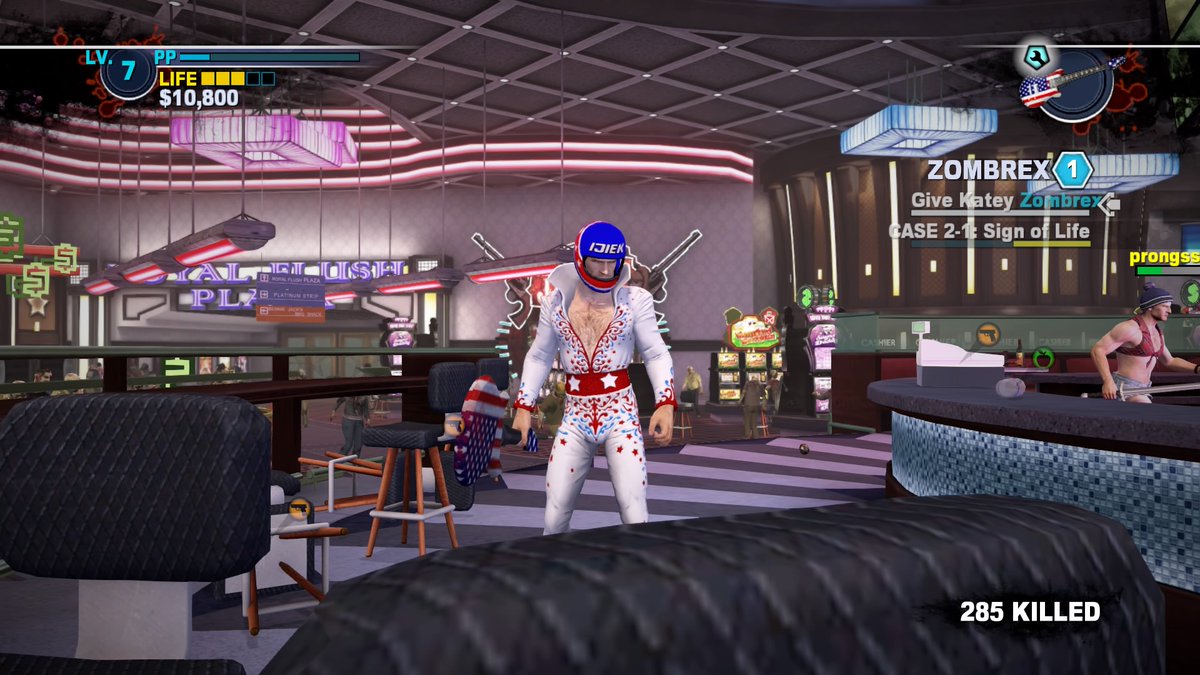 Overall, the 'Dead Rising Triple Pack' serves as a healthy reminder of why Capcom's series is so much fun. None of the included games are as polished (either graphically or mechanically) as 'Dead Rising 3,' but it's definitely nice to be able to play them on current systems once again. They also each provide unique locales (a shopping mall in the original and a Las Vegas knockoff in 'Dead Rising 2') for the action to unfold in.

If there is one really disappointing part of the package, it's that it doesn't include the complete 'Dead Rising' catalog from the last generation of consoles. Both of the downloadable expansions set before and after 'Dead Rising 2' (called 'Case Zero' and 'Case West,' respectively) are completely missing. These standalone titles were exclusive to Xbox 360 when they released, and it would've been great to allow more gamers to play these smaller 'Dead Rising' experiences. Instead, this collection feels slightly thrown together and not the love letter that it deserves on its 10th anniversary. 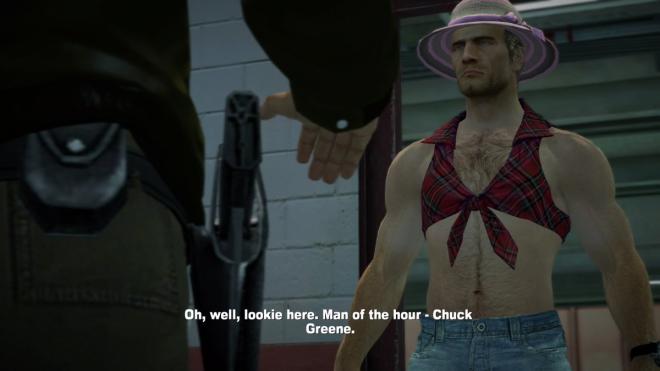 The visuals are the one area where the 'Dead Rising Triple Pack' shows its age despite each title now running at a 1080p resolution. While the character models don't look great (with the original 'Dead Rising' looking very much like a 2006 release), the overall art style holds up pretty well. Seeing Frank West decapitate zombies while wearing a suit and a Servbot helmet on is still fun to look at, even if it's a bit rough around the edges. So, while it definitely looks like a last-gen game, it's at least one with flair. 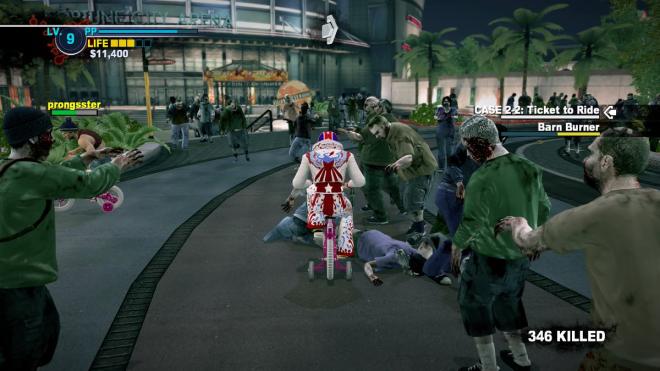 The audio in 'Dead Rising' has always been serviceable, if not exactly memorable. It's a lot of zombie growls and moans, but there are also a lot of fun sound effects associated with different weapons. For example, I loved hearing an electric guitar play while I was hitting zombies with an American-themed guitar. I enjoyed it so much that at one point my entire inventory was comprised of guitars since it just made combat more entertaining. Musical tracks don't play very often (with most of them occurring during boss fights), but they are pretty jamming.

Each of the three 'Dead Rising' titles included have plenty of replayability. Timed missions ensure that first-time players won't see everything on their first go, and the game encourages restarting by having the character's level carry over after dying. This sort of progression makes starting over never feel like too much of a chore. Plus, missions typically took less time to accomplish the second time around considering I already knew what to do and thus I was able to get to other survivors before time ran out.

'Dead Rising 2: Off the Record' also includes a sandbox mode that is a highly enjoyable way to just mess around in the world. It includes challenges that are exclusive to that mode (such as killing a set amount of zombies or accomplishing a goal quickly), and it's a lot of fun in cooperative play. That's where I'll be spending most of my time, as it does away with the restrictive time limit and story cutscenes. 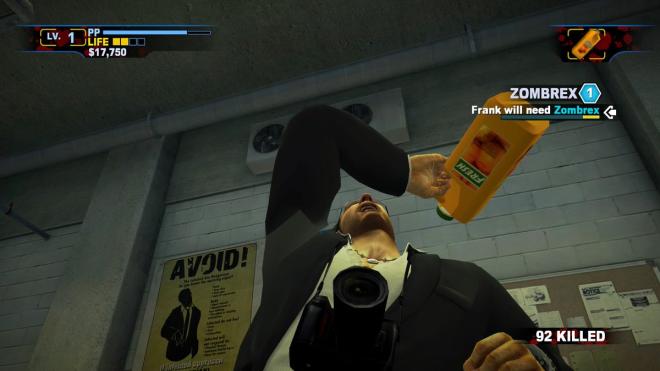 The 'Dead Rising Triple Pack' is a trip through memory lane that is helped tremendously by the games still being a blast to play. While the package falls short as both an update (none of the games have been mechanically improved in any significant way) and a historical package (the standalone expansions 'Case Zero' and 'Case West' are missing), it's still enjoyable getting to see how the series has evolved over time. It's a great appetizer before 'Dead Rising 4' releases later this year, and a reminder why Frank West is a great character.