The Game Itself
2 Stars
The Video: Sizing Up the Picture
3 Stars
The Audio: Rating the Sound
3.5 Stars
Replay Factor
1 Stars
Bottom Line
Skip It

'Claire' was released on PC in July 2014 by Texas-based Hailstorm Games. The PS4/XB1/Vita 'Extended Cut' is now available.

'Claire' is a creepy 2D pixel game where escape is the only means of survival, not combat. Claire is a young woman spending a lot of time at the hospital, not as a patient but as a guest of her vegetative mother. Before long the hospital is 'Silent Hill'ed into a dark, nightmarish version of its former self. Weird childish doodles coat the walls, the light is turned down to nearly pitch black, and shadow creatures haunt the halls. Claire explores the hospital, finds a little dog buddy named Anubis, and embarks on a journey of introspection and self-discovery.

In practice, 'Claire' isn't quite that idyllic. It very quickly degenerates into a walking and door-checking simulator, even including a 'Silent Hill' map with Xs and slashes on the doors. The 2D perspective, sometimes an endearing quality like in 'Terraria' and 'Lone Survivor,' works against the player in a game like 'Claire'. 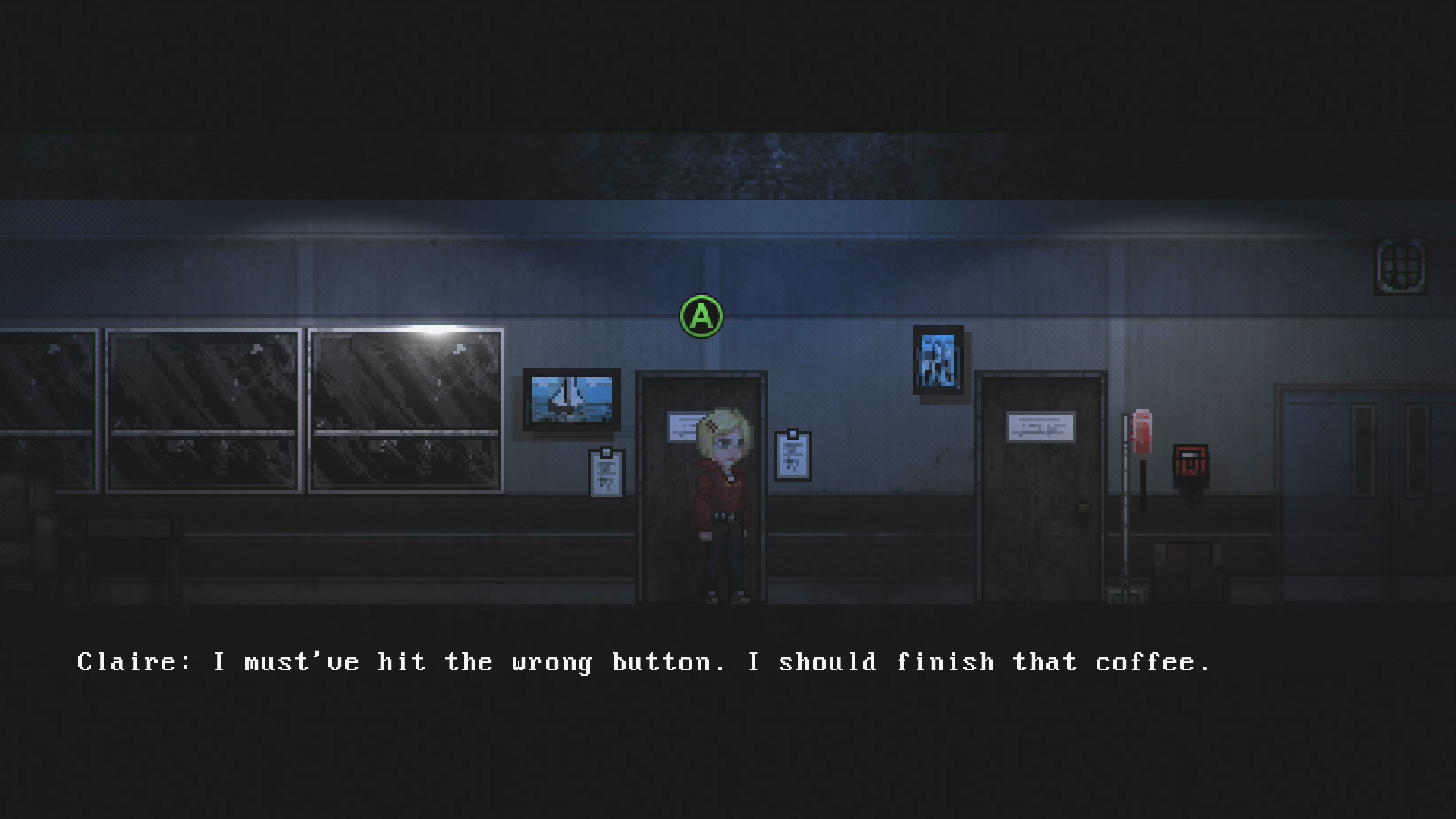 The doors and hallways all blend together, and I walked in circles for who knows how long in search of each new objective. Most of the doors are locked, blocked, or otherwise inaccessible. I learned little about Claire during this time. There were a few distorted throwbacks to her childhood, as well as some distorted non sequiturs and basically just a lot of screen distortion in place of actual fear. There is a kind of spooky element at first, but it becomes rote and the game fails to throw new spooky things at the viewer to keep them drawn in. 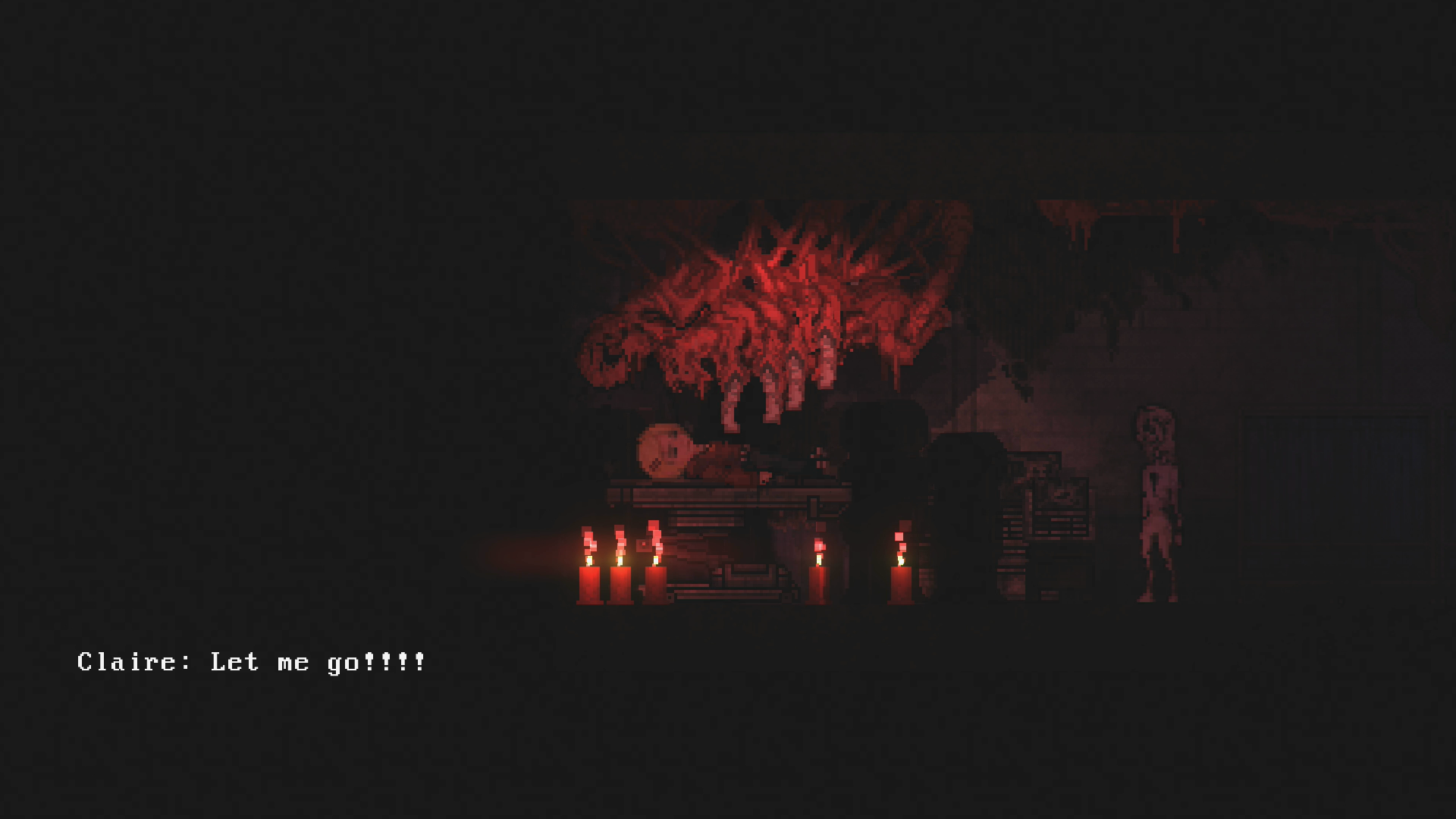 Most of the shadow creatures Claire encounters do not move, and can be easily sprinted past. Occasionally they will enter a door after her, and can again be dodged. Even if they manage to strike her, on normal difficulty it will take a lot of hits for anything to happen, further diluting the creepy quality. Anubis will also bark if he senses a creature. It's almost like the developers wanted a scary game initially, and then put in as many mechanics as they could to achieve the opposite effect. It becomes almost a satire of itself after awhile, a satire mixed in with hundreds of door checks, the occasional collectible or save point, and a dearth of exposition. Claire can take sanity damage in addition to physical pain because of the stresses of these environments, but restorative items are frequent enough to not be concerned. 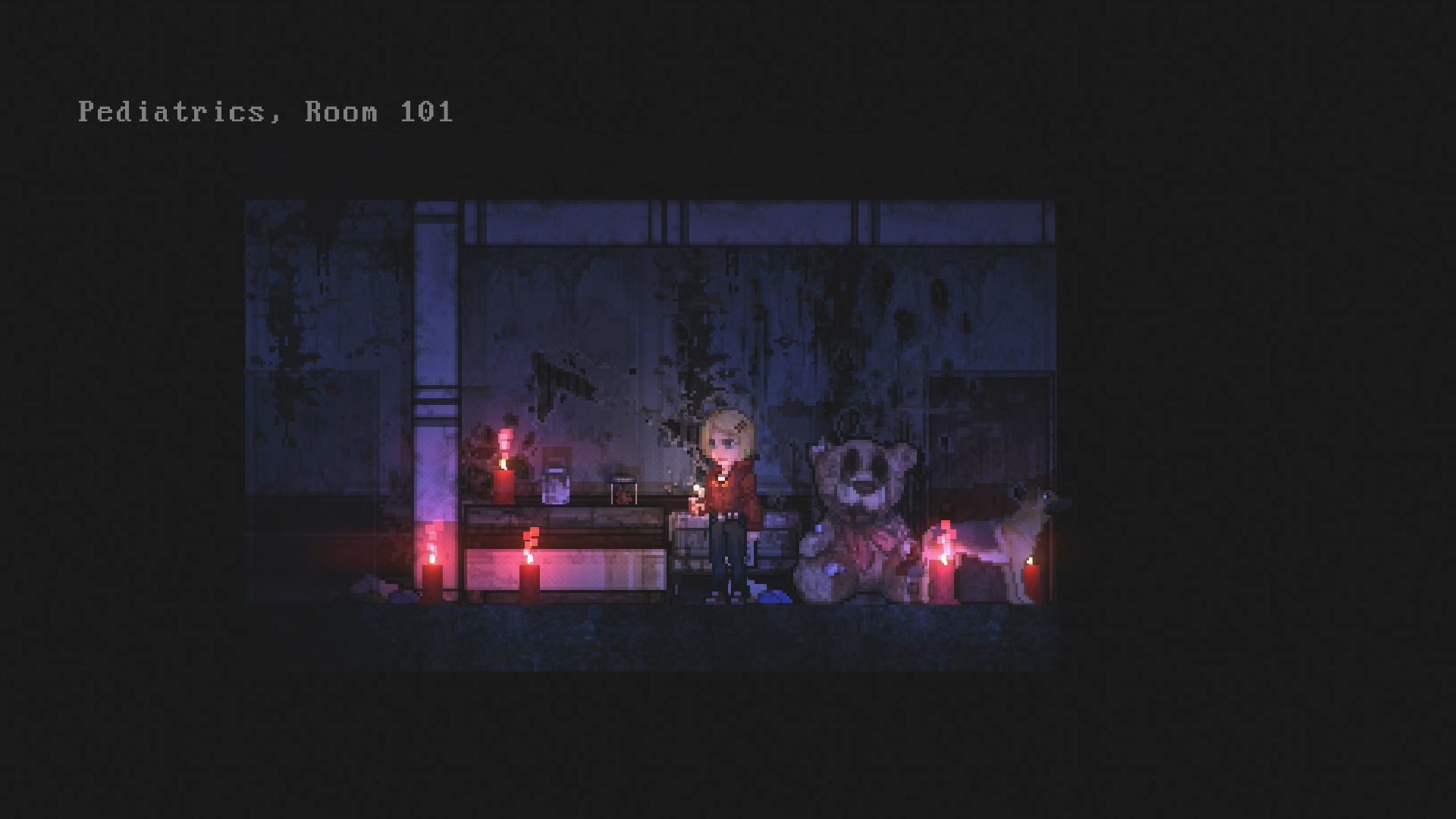 The later game begins the process of redemption, but it doesn't go far enough. Especially compared to something like 'Kathy Rain', a recent pixel game about a young woman investigating her family and hometown in the face of some really weird occurrences, 'Claire' struggles along on all fronts. The themes of childhood neglect and teenage floundering are easy enough to relate to, but the dialogue and pacing leave a lot to be desired. Even when I start to almost enjoy the story, the dry gameplay keeps me in check. There are puzzle attempts on occasion too, without much luck. 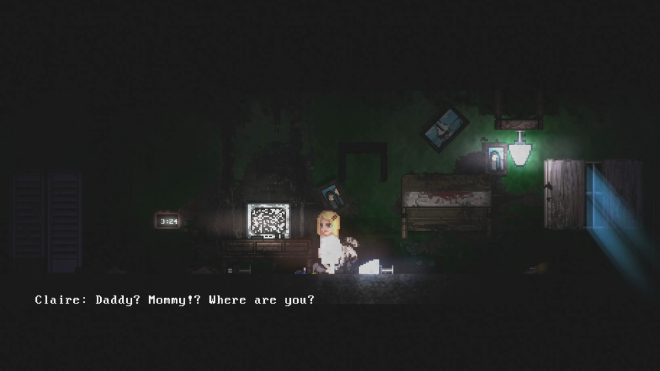 The exaggerated pixel is a controversial format I know, but in this case 'Claire' shows off some decent work. While they may not be frightening in terms of gameplay, some of her shadow enemies have an unsettling appearance onscreen. Shadow pincers and tentacles emanate from the shadows, sometimes sporting glowing eyes to telegraph their location and sometimes being nearly invisible. The 'Extended Cut' deepens the shadows and lighting, but admittedly it's hard to polish up chunky pixels to a noticeable degree. The game is very dark and difficult to raise the gamma, as you can see from our screens. 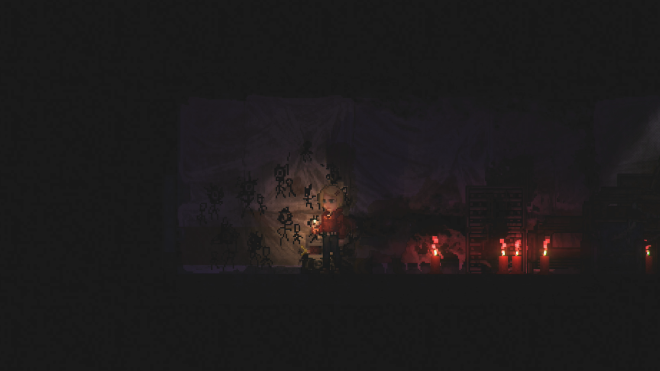 The game has pretty good audio, especially in the realm of creature sound effects and overall haunted hospital ambiance. Claire's heartbeat rises in volume as she gets scared, which is effective when paired with controller vibration. The dynamic score also helps the tension, such as it is.

'Claire' has multiple endings but without a meaningful story or means of interacting with the world, experiencing all (or any) of them is not an appealing prospect. For most of the short campaign, gameplay is a lesson in frustration and I have little interest in going down the rabbithole again. 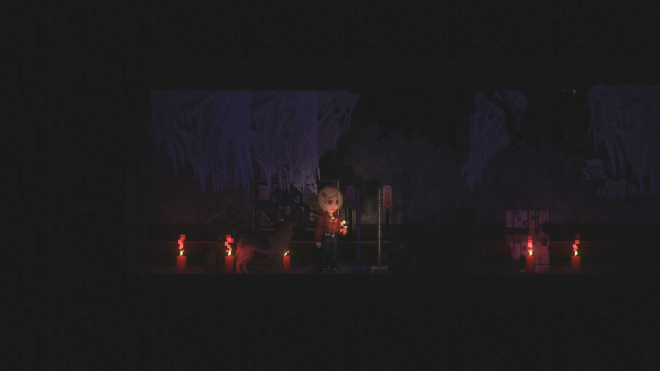 Pixelated survival horror is not a bad idea and has been done successfully by games like 'Lone Survivor'. 'Claire', however, has trouble. It relies too much on being lost, both in terms of interaction and narrative drive. Even if it had a more interesting protagonist, the game's inconsistent ability to remain scary holds it back.