The Game Itself
3.5 Stars
The Video: Sizing Up the Picture
1.5 Stars
The Audio: Rating the Sound
2.5 Stars
Replay Factor
4.5 Stars
Bottom Line
Worth a Look

'God Eater 2' originally released for the PlayStation Portable and Vita in 2013. It never saw a release outside of Japan, but it became a popular import for the Vita. An enhanced version of Shift's action role-playing game, called 'God Eater 2: Rage Burst,' was then released on Vita and PlayStation 4 in 2015. Now one year later, Bandai Namco has brought over the game that has filled the 'Monster Hunter' void on PlayStation consoles.

I often see 'God Eater' described as a 'Monster Hunter' derivative, and while that's true, it really undersells all that the game does differently. While its design and gameplay systems clearly take inspiration from Capcom's highly successful series, it differs in some key aspects. The biggest one is in the game's combat, which is much more fluid and easy to learn.

Unlike 'Monster Hunter,' which has lengthy attack animations and a very deliberately slow pace, the action in 'God Eater 2' is brisk. While there is a stamina bar present, I found that it regenerated so quickly that I was never afraid to run around the environment. This gives the combat a looser vibe to it, and while it's slightly less technical than its peers, I found it a lot more appealing. 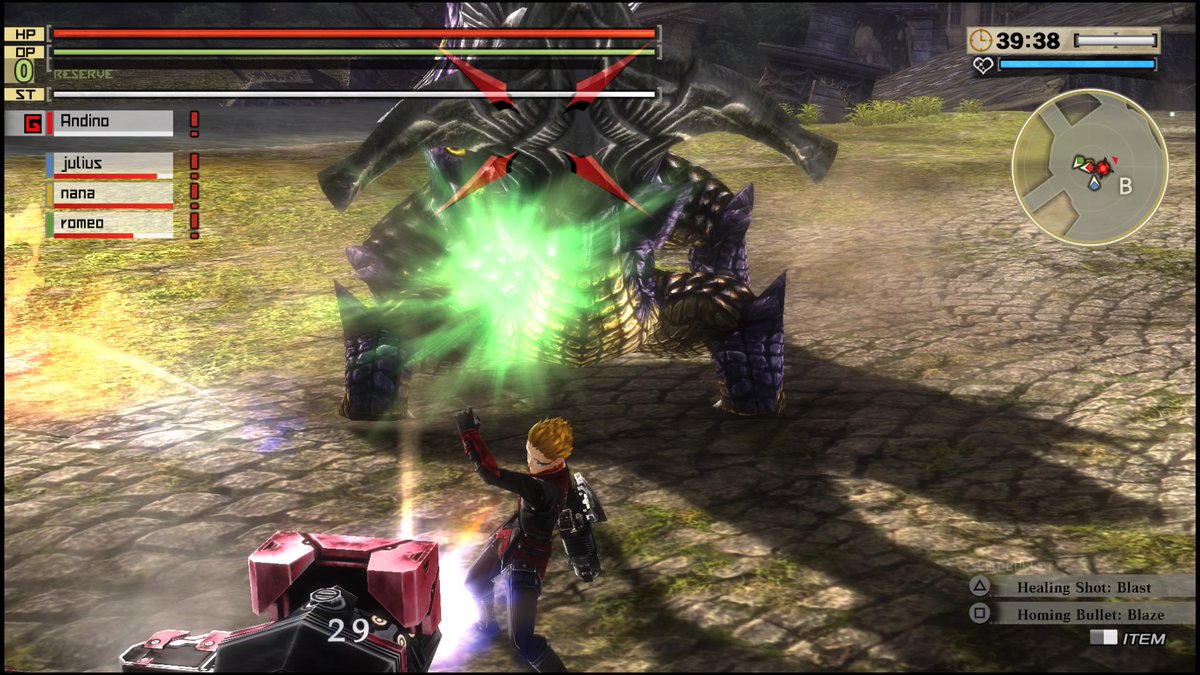 The combat also feels varied from the very beginning, as I was able to switch between melee and ranged combat. My weapon (called a God arc) was able to switch between a sword, a shield, and a gun with a press of a button, and bullets are actually regenerated by dishing out damage to foes. So, once I ran out of ammo, I simply had to get up close and personal with one of the game's monsters (called Aragami), and then I could find some distance and unload damage from a spot of safety.

This simple gameplay loop is strengthened by a staggering amount of depth. There are different types of bullets that can be equipped (some having different elemental properties), and using the right type of ammo can be the difference between being successful in a battle or coming up short. Throw in a bunch of passive skills that can be equipped and learned (including the game's Blood Arts, which strengthen your existing attacks), and there are constantly small tweaks to be made while out on the field. 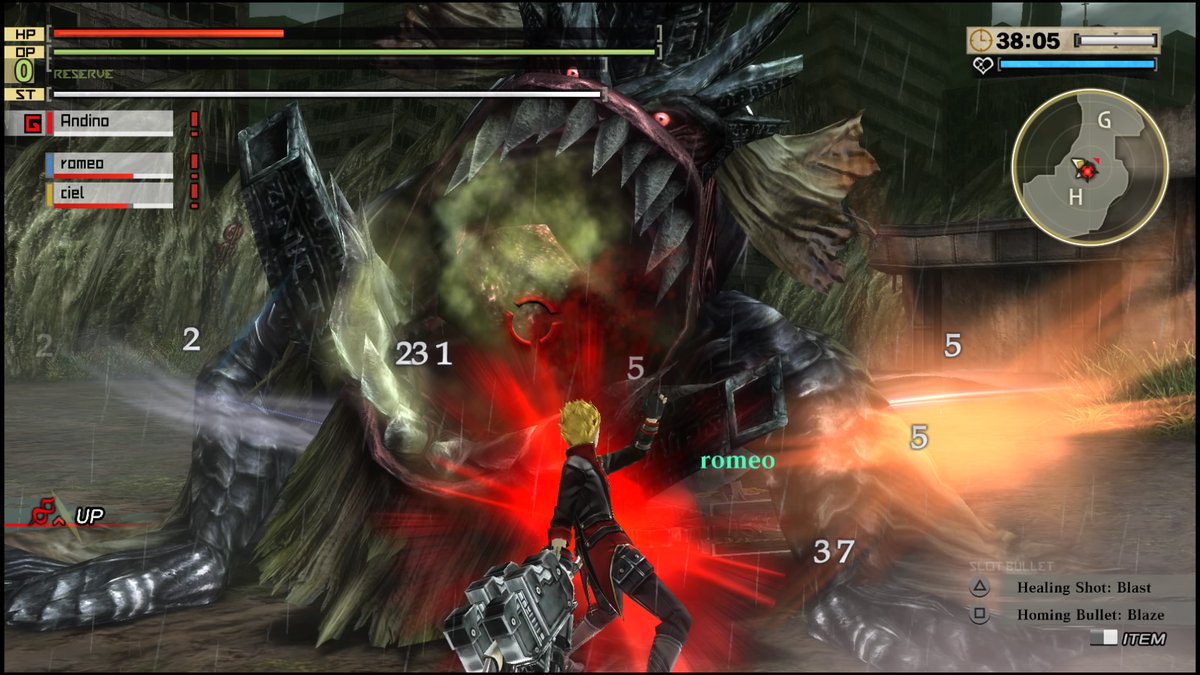 'God Eater 2' is also structured in a way that 'Monster Hunter' fans will be instantly familiar with, as I was accepting missions at a desk and then departing with my squad. All of the missions revolve around killing various Aragami, monsters who have made the world unsafe. There's a story going on, mostly told through cutscenes, but it never really drove my interest. Thankfully, the gameplay itself was enough for me as I found that most of the characters lacked depth.

Where the game runs into issues is in its basic controls. Since the game was originally developed to work on a PlayStation Portable, the game doesn't use the full range of the DualShock 4's buttons. Thus buttons will sometimes do multiple actions, such as the right bumper switching weapons and being the run button. While this made sense on a handheld, it's pretty baffling for a console release. It doesn't help that the game's tutorials only mention the default control scheme, so the game actually told me to adjust the camera with the d-pad instead of the right analog stick.

This leads to a lot of awkwardness during gameplay. I often would accidentally switch weapons during a pivotal moment, or I would fail to block since I had to hold in R1 while also pressing the circle button in order to do so. It's all overly cumbersome. It's also not helped by a rather poor camera that often obscured my view. This gets especially terrible when up against a wall, as a portion of a giant monster I was battling took up the entirety of my screen and I couldn't even see the attacks I was supposed to guard against. 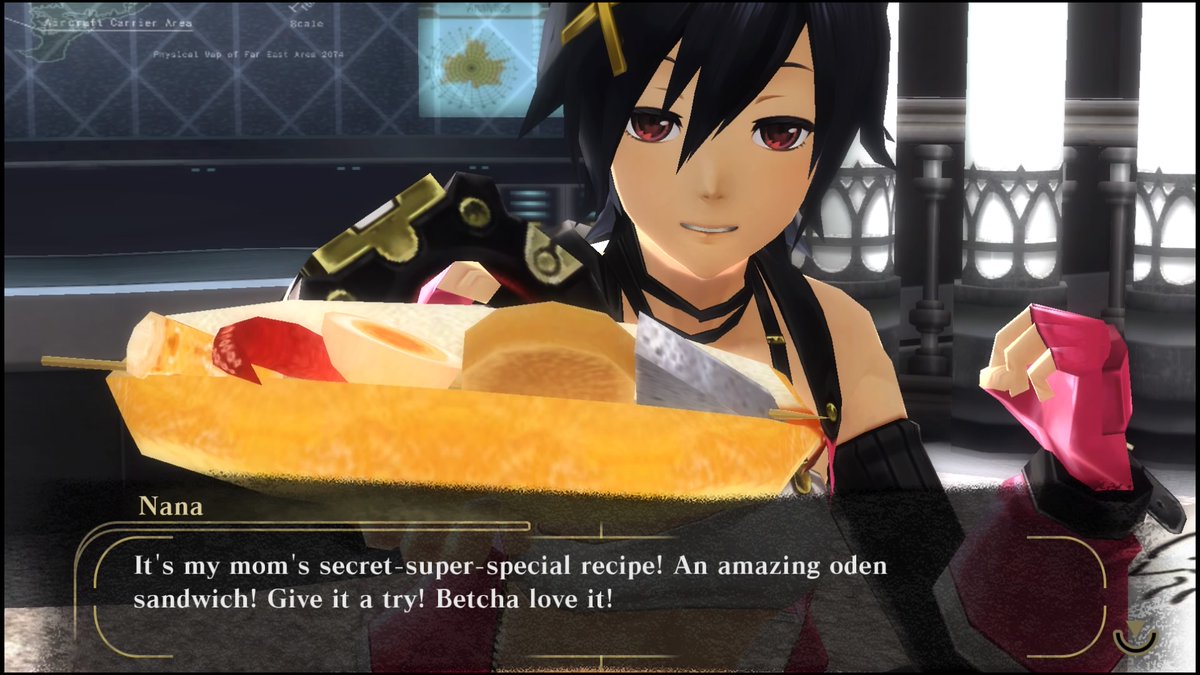 While the controls always reared their ugly head during gameplay, it wasn't enough to sour the experience. It's just disappointing that 'God Eater 2' could be much better if it was actually optimized for the system it's being played on. The core gameplay is still satisfying enough to where I didn't mind the occasional rough edges.

Some particularly memorable missions had me battling gigantic creatures that took over 20 minutes to defeat. I found it extremely satisfying taking down beasts that had 100-times my health, and this can't be done alone. Thankfully, the game features computer-controlled partners in single-player (ones that are surprisingly adept and help out), and the entire game can be played cooperatively online as well. I never felt in over my head, and that's a credit to a great ramp in difficulty.

The most fun I had was playing online with a human partner. This allows for players to come up with strategies to deal with foes, such as separating larger enemies, and it was fun to work together. Oddly, players can't invite players into their games, and instead an overly complicated lobby system has to be navigated. It's a slight annoyance, and players can set up passwords to make a room private, but its just odd not to have that functionality in a modern online game. 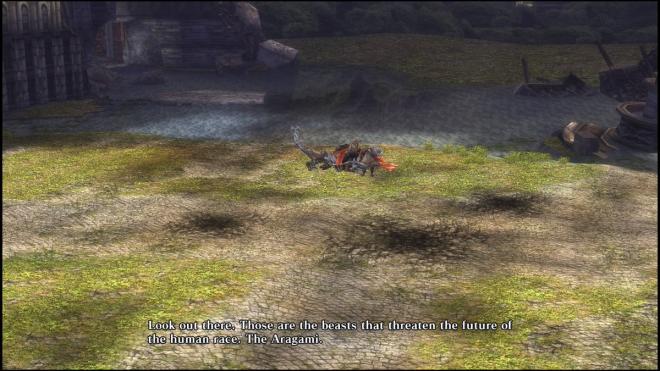 'God Eater 2' started out as a PlayStation Portable game, so it's not really surprising that the game looks ugly. Low-quality textures are mapped all over the world, and character models, while more detailed, also don't live up to the standards that I expect from a PlayStation 4 title. This is made all the more disappointing due to 'God Eater' having some really wonderful art design. The monsters and the world that they inhabit are all interesting to look at, they're just let down by technical shortcomings and being displayed on a much larger screen than they were designed to be on. 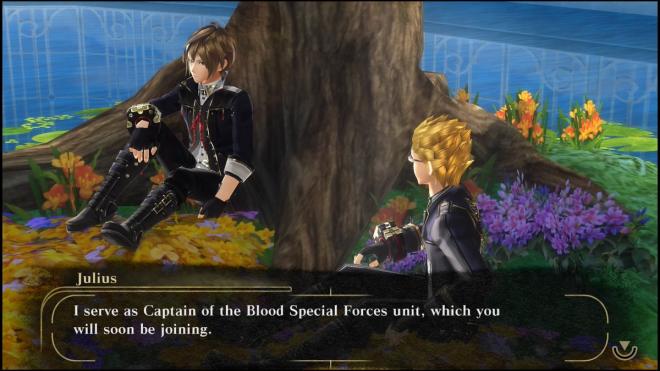 Battles in 'God Eater 2: Rage Burst' are a rather busy affair as monsters are roaring, explosions are occurring, and weapons are clashing. Up-tempo music is also playing in the background, and it kind of gets lost as just background noise since so much is going on. The only thing that stood out from an audio standpoint was the voice acting during cutscenes, which is rather poorly done. I can't really blame the actors, though, as they weren't exactly given a great script to work with.

Despite all of 'Rage Burst's issues, I always felt compelled to keep playing. There's a staggering amount of different missions to do, different weapons to enhance, and skills to learn. Developer Shift clearly understands how to use a "carrot and stick" approach, as they constantly had me wanting to continue playing just to get one more material in order to craft a weapon upgrade. An hour would pass, and I'd be onto the next task searching for something else. 'God Eater 2' remains compelling despite its many shortcomings. 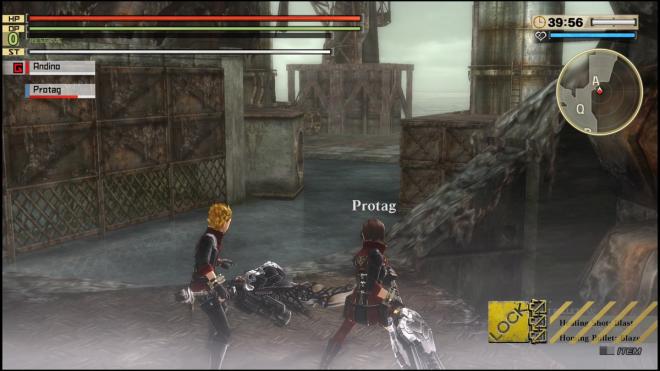 Despite its very rough edges, I ended up having a lot of fun with 'God Eater 2: Rage Burst.' Sure, I was constantly fighting both the controls and the camera while also battling Aragami, but it wasn't enough to ruin the experience. 'God Eater' is begging for an iteration developed for consoles from the ground-up, so hopefully that will happen soon. Until then, fans will have to settle for a serviceable port that sadly isn't optimized for the PlayStation 4.