The Game Itself
2.5 Stars
The Video: Sizing Up the Picture
1 Stars
The Audio: Rating the Sound
2.5 Stars
Replay Factor
2.5 Stars
Bottom Line
Skip It

The 'Touhou' series is well known among shoot-'em-up (or shmup) fans as a headrunner for the "bullet hell" subgenre—where enemy projectiles practically fill the screen and players must employ skillful twitch reactions and awareness to survive the onslaught.

Although the Japanese doujin series has been around for quite a while, few of the games have made it outside of its home country. 'Touhou: Scarlet Curiosity' for the PlayStation 4 is one of the few. Instead of getting a shump, though, 'Scarlet Curiosity' is a fast paced action RPG made with the series' roots in mind. How well does this title represent the Touhou series?

'Scarlet Curiosity' begins with the vampire Remilia in her mansion. Being a powerful being, she is understandably bored of her peaceful nightly routine. She hears a rumor of a powerful beast in her realm, so Remilia and her maid Sakaya go off to find the supposed fiend.

The story to 'Scarlet Curiosity' is almost nonexistent, and the game could very well continue along without it entirely. Additionally, while Remilia and Sakaya are not actually together throughout the course of the plot, their sides of the story are eerily alike, with only slight dialogue changes as the two traipse through the same set of stages. 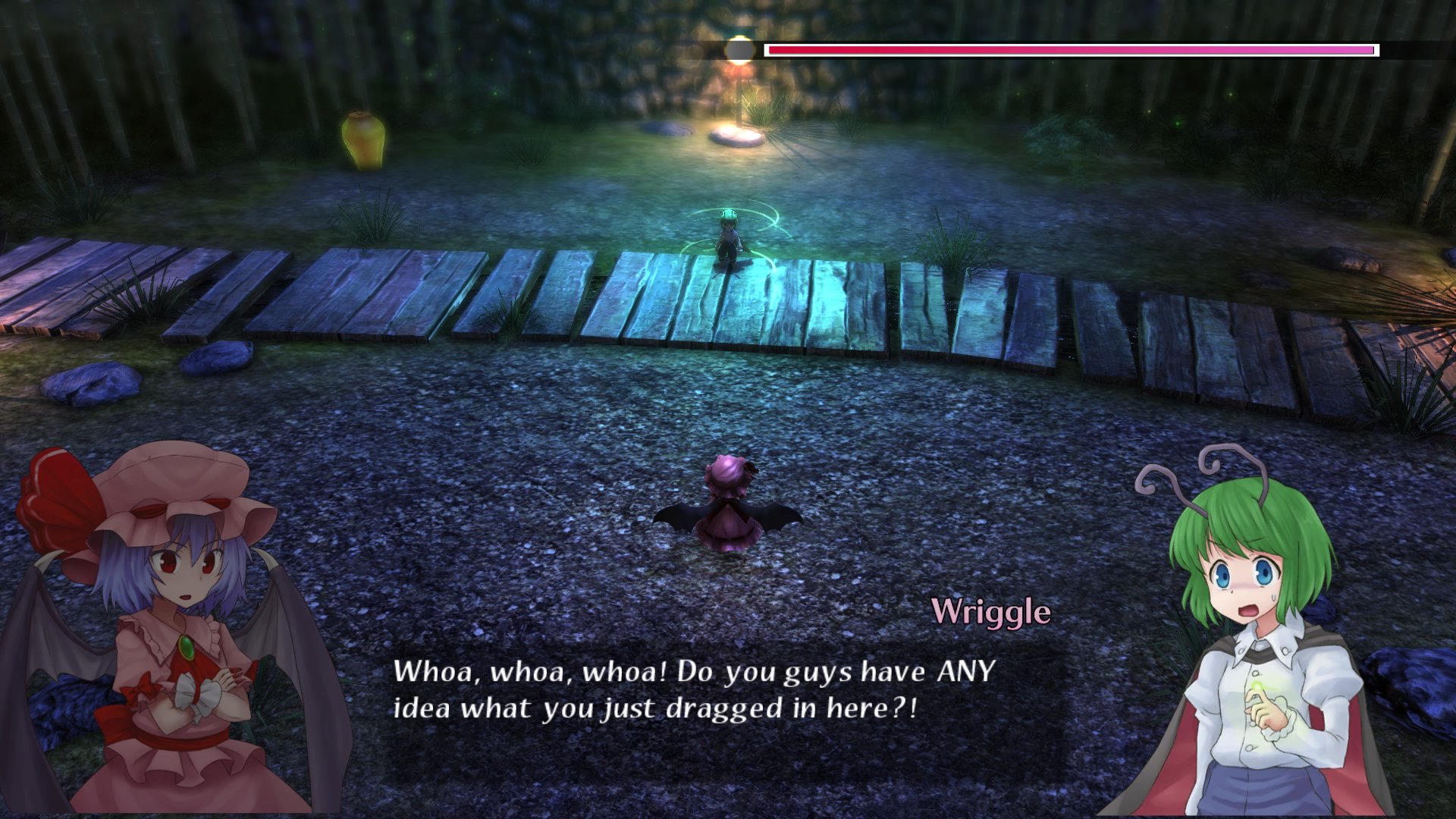 None of this would be a problem, though, because it's really the gameplay matters. 'Scarlet Curiosity' is a fast paced action RPG that relies on combos and dodging enemy fire to get players through the levels, which harkens back to the mainline games' bullet hell routes. The two characters have a variety of skills to use from the get go and learn even more as they level up, allowing for a decent amount of character customization.

Racking up combos is the best way to get extra experience and find better loot to upgrade the heroines, so the crux of 'Scarlet Curiosity's gameplay relies on two things: Hitting fast and not taking any damage. Most attacks are unleashed remarkably quickly, and even all-powerful special moves have bars that regenerate quickly. All of this lends to a feeling of a blistering pace, with the vampire and her maid leaving a path of typical mob enemy corpses in their wake. 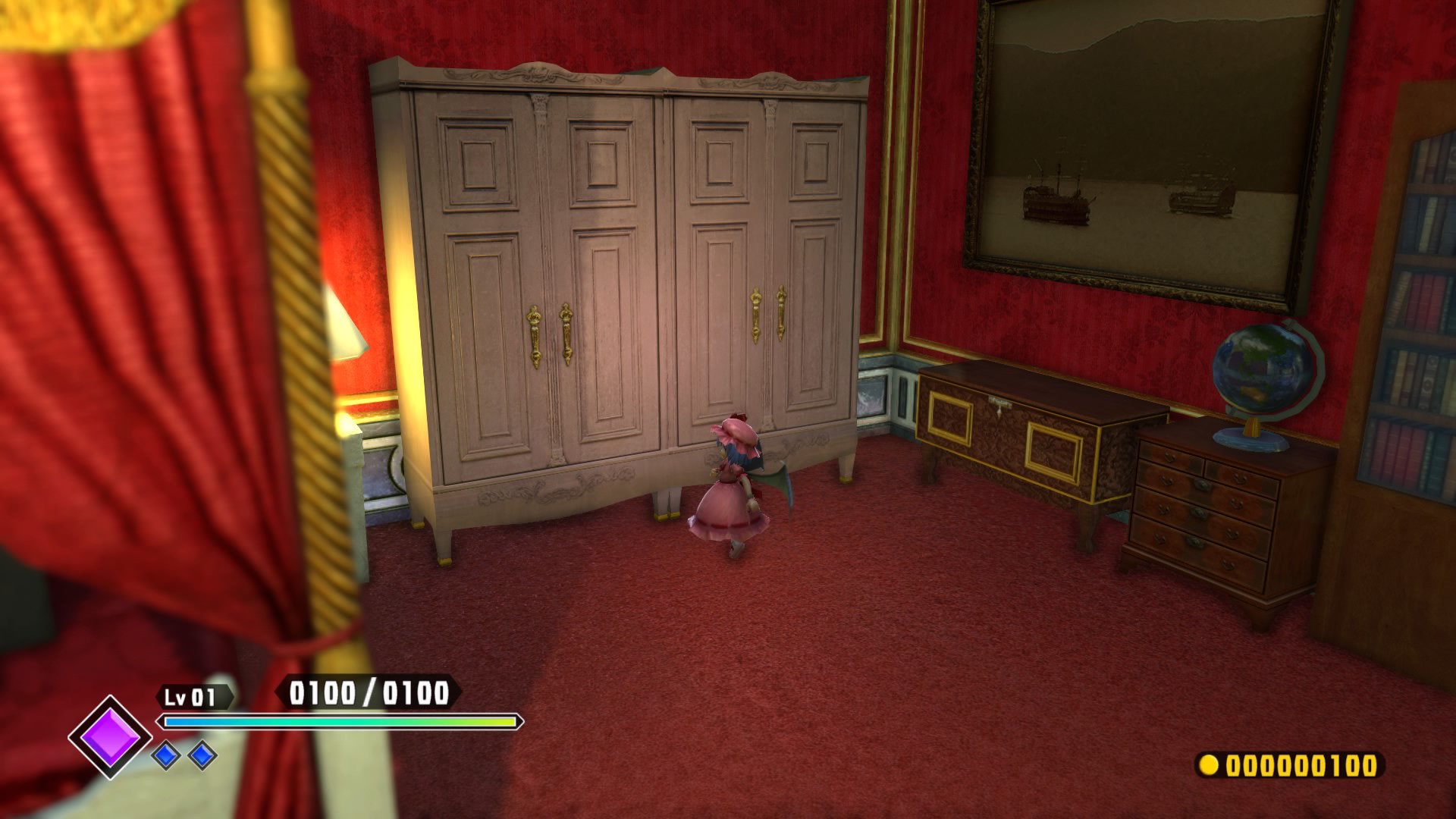 It's a shame, then, that the gameplay is really quite boring, due to its lack of difficulty. Normal enemies can be easily taken down in a couple hits, and their attacks (while you shouldn't be getting hit in the first place) are so weak that the characters can easily weather even the most heavy hitting of non-boss combos.

It's clear that the supposed high points of 'Scarlet Curiosity' lie in its boss battles. With bosses throwing out projectiles left and right, the battles are practically laser light shows, and more than anything show what the Touhou series is about. But, the lights and bullets are mainly for show—most of these pretty bullet patterns can simply be jumped over, and I have managed to stunlock a few of the bosses completely to submission. 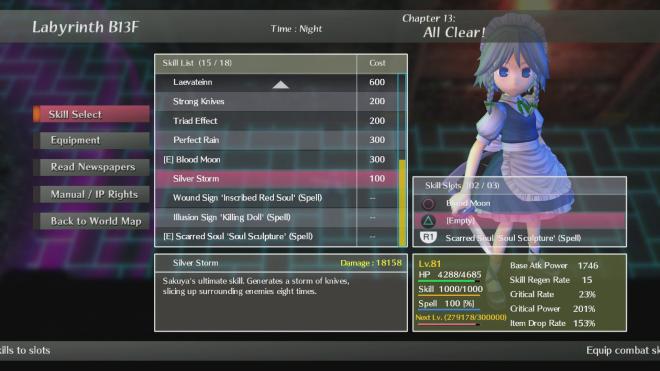 By far, the weakest point of 'Scarlet Curiosity' are the graphics. The character and enemy models, when clearly seen, look incredibly outdated, and almost as if it's something from the late PlayStation 2 era. The levels are typically dark, which make both the enemies and the levels themselves hard to see. Thankfully, the bullets fired are bright and easy to see, but they only really look interesting during the boss battles. 'Scarlet Curiosity' as a PS4 title really doesn't look the part. 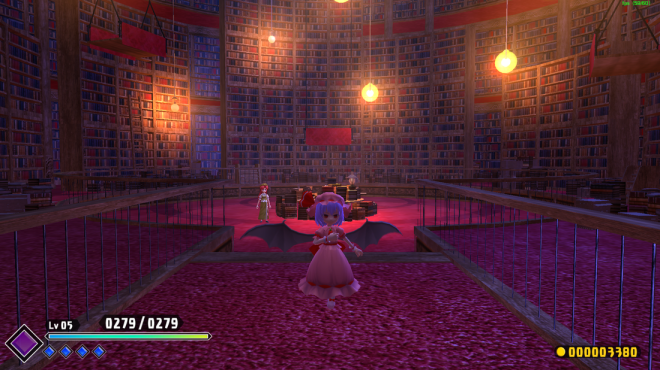 The 'Touhou' games tend to have good soundtracks, but unfortunately 'Scarlet Curiosity's audio is hit or miss. The soundtrack has a very eastern feel to it, though it mostly sticks to a more generic feel than trying to stand out. Overall the soundtrack has some decent music, but it's largely inert and ultimately forgettable.

'Scarlet Curiosity' has replayability in the form of two playable characters. While Remilia's and Sakuya's stories and levels are pretty much the same, playing through one character's story unlocks an additional final dungeon in the other, complete with an alternate ending. Considering that completing both of the characters' campaigns does not take long to complete, it's not hard to burn through everything 'Scarlet Curiosity' has to offer. 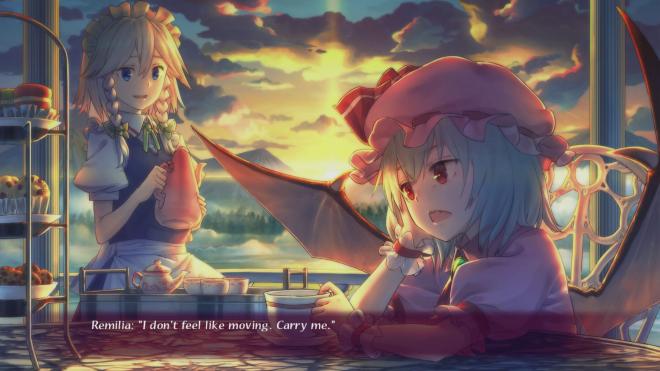 For a series that only has a niche following in the West, 'Touhou' really needs to put its best foot forward to win over a bigger audience. Unfortunately, this fan-game spinoff of the doujin series is not it. While not particularly terrible,'Touhou: Scarlet Curiosity' is about as middle of the road as you can get with an action RPG, and as such does not leave a good impression as one of the few English representations of the 'Touhou' series.