The Game Itself
4 Stars
The Video: Sizing Up the Picture
4.5 Stars
The Audio: Rating the Sound
4 Stars
Replay Factor
4 Stars
Bottom Line
Recommended

As the overly long title would suggest, 'Duke Nukem 3D: 20th Anniversary Edition World Tour' is in fact a re-release of the 1996 classic 'Duke Nukem 3D.' The faithful port brings the iconic first-person shooter to modern console, with a few big additions. This includes an all-new fifth chapter in the game's story (complete with new voice acting and music), made by members of the original development team, and the ability to toggle between a new game engine that features enhanced lighting.

'Duke Nukem 3D' was a really impressive achievement when it released in 1996. Players could finally look up at the enemies that were shooting them, and it became wildly controversial due to violence, vulgarity and suggestive themes. Fast forward to 2016 where first-person shooters have evolved into an established genre and Duke's 90s attitude is endearingly lame instead of being edgy.

Due to how much the genre has changed in the past 20 years, it's a real trip going back and replaying 'Duke Nukem 3D.' It's a reminder of a simpler time for the genre before killstreaks and drones, where players collected colored key cards and shot pigs in the face. Honestly, it felt really refreshing to play something this simple and instantly satisfying. 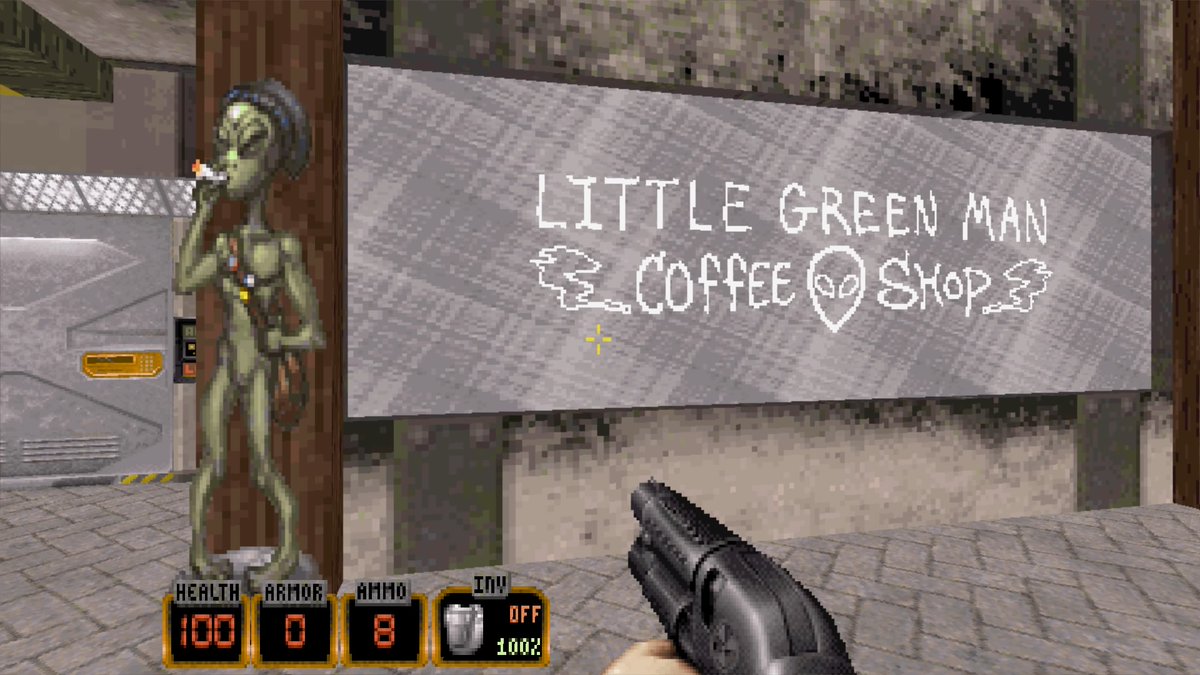 'Duke Nukem 3D's gameplay has aged shockingly well for the most part. Despite being 20 years old, it plays like a modern first-person shooter. That meant I was using right analog stick to aim and the trigger to shoot. The only real jarring moment was when I had to reacquaint myself with Duke Nukem's movement speed, as the super soldier moves shockingly fast.

Oh, and 'Duke Nukem 3D' can be very difficult. Even though there are four difficulty levels, it's still easy to die even on the easiest option if played carelessly. 'Duke Nukem' is a game that demands the full attention of the player, and my reflexes were definitely tested. Thankfully, it's made easier thanks to a rewind feature that gives players a second chance after dying.

'Duke Nukem 3D: 20th Anniversary Edition World Tour' features the original four episodes from the 1996 release (the famous shareware release 'L.A. Meltdown,' 'Lunar Apocalypse,' 'Shrapnel City,' and 'The Birth') and a brand new fifth one called 'Alien World Order.' I found these 1996 levels to be a bit hit-or-miss, as I found the early stages in most episodes to fun, but thought the later levels got too convoluted in an attempt to be difficult. Later levels like 'The Abyss' become sprawling mazes that are more of a chore to navigate, and are just confusing to play through. It's simply no fun wandering around for 10 minutes searching for a key card, and that's something I found myself doing way too often. 'Duke Nukem' is at its best when it's relatively confined, yet there are secrets to be found in every corner, and this is showcased in early levels like the 'Red Light District.' 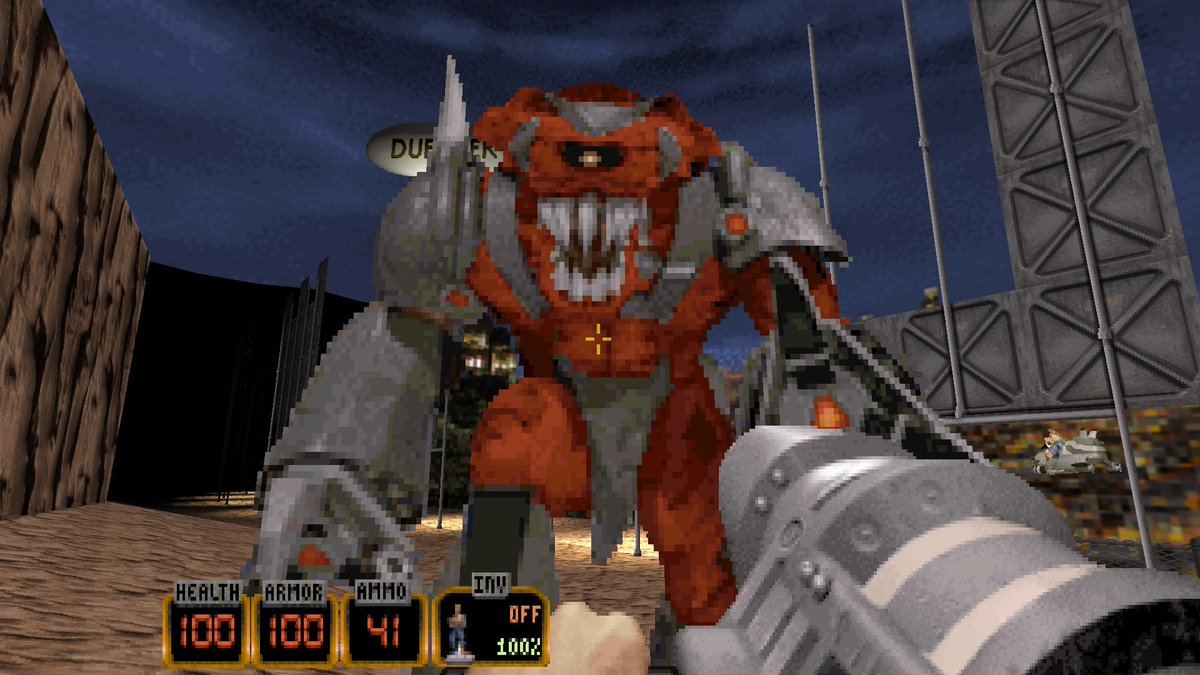 While I definitely didn't love all of 'Duke Nukem 3D's levels, I thoroughly enjoyed each of the seven levels in the new fifth episode. These new episodes were created by Allen Blum III and Richard "Levelord" Gray, who worked on the original game back in 1996. I don't feel like either of them missed a beat in the past 20 years, as these new levels all capture the fun gameplay that made the original such a success.

Each level takes place in a different part of the world with Amsterdam, San Francisco, Russia, and several other locales getting lampooned. This sort of theme is a nice way to have distinctly different levels that still feel a part of a greater theme (in this case Duke is taking part in a 'World Tour'). Since technology has progressed a lot in the past 20 years, these levels are able to be more detailed (and physically larger) than the first four episodes. Despite this, I only found one level to be a bit bothersome (the puzzle-heavy Egyptian level), but I still had fun in what felt like a change of pace.

On top of new maps, 'Duke Nukem' contains a few other surprises. This includes a new flamethrower weapon called the Incinerator, which I found just as fun to use as it sounds. Enemies end up melting into goo after being hit with it, and this quickly became my second favorite weapon to use (with the shrink gun being the first since stepping on enemies will never stop being funny to me). There is also a new enemy type called the Firefly, which is a flying enemy that shoots Duke with flames. They are pretty simple to kill, but when they start flying they shrink and become difficult to shoot. It's a nice addition simply for the sake of variety, as it's just nice to have something new when playing a 20-year-old game. 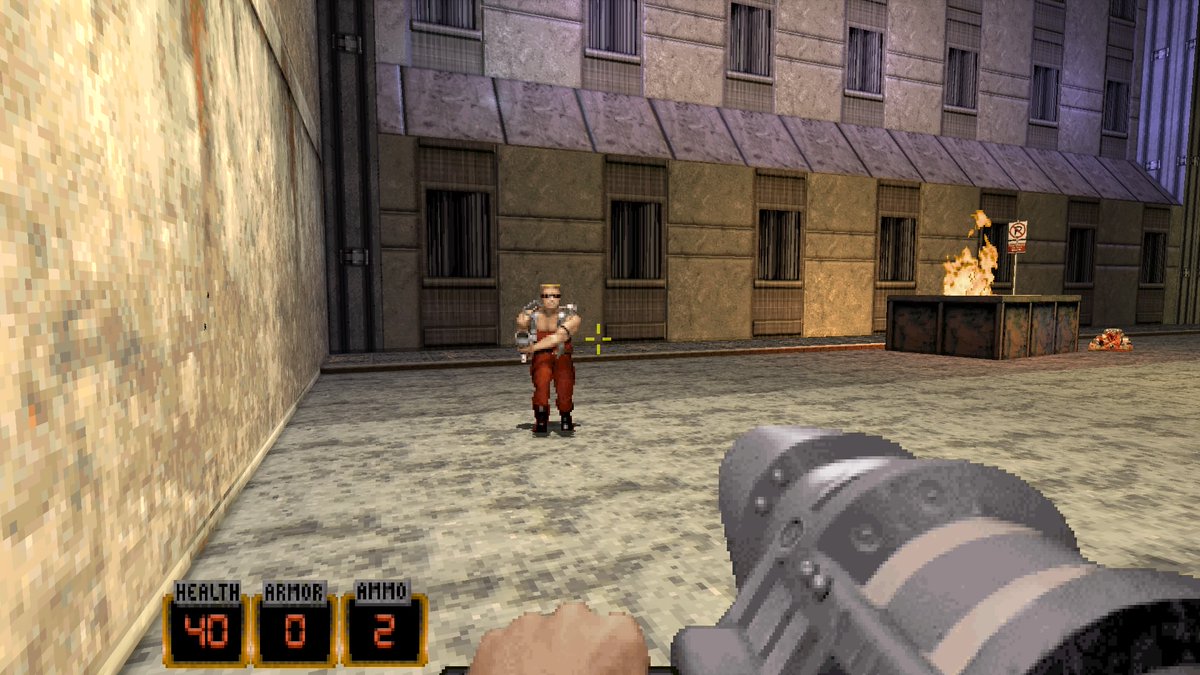 One of the coolest features (although not a new one) is the ability to play 'Duke Nukem 3D' with up to eight players cooperatively. This is particularly helpful if a later level is just too darn confusing, or if the game's brutal difficulty has become tiresome. I found that a boss that is difficult solo isn't much of a threat when eight different versions of Duke Nukem are shooting rockets at its face.

Those that want to test their skills against others will be able to check out 'Duke Nukem 3D's online multiplayer. I found it to be a very refreshing change of pace in the current climate of shooters. Even though games like 'Call of Duty' and 'Titanfall' have gotten faster-paced over the years, they aren't nearly as fast as classic PC shooters like 'Quake' and 'Duke Nukem.' Running at a speed of seemingly 40 miles-per-hour and shooting a smug-looking Duke Nukem in the face is just plain satisfying. I really hope that an online community will form on consoles around it, since its retro deathmatch is so unlike what else is available on current consoles. It's also worth noting that bots are available for the first time, but the AI is so dumb that I was easily coming in first each time I played.

'Duke Nukem 3D' is also very interesting to look at from a time-capsule perspective. Some of its themes and jokes, such as cops being literal pigs, have become more relevant in 2016 than they were in the past 10 years before (something that is even mentioned by the designers). It's also the home of a lot of childish and immature jokes about sex and women, but I never found it offensive, just charmingly stupid. Duke isn't a hero to be looked up to, nor does he seem overly cool, he's just a bad action hero knock-off. In 2016, I'm no longer laughing with Duke, as I'm laughing at him. Regardless, I'm still laughing even if the context has changed. 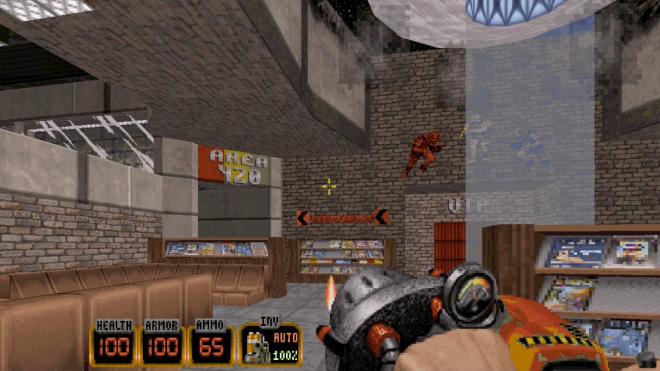 Aside from the new chapter, 'Duke Nukem 3D: 20th Anniversary Edition World Tour's biggest addition is enhanced graphics. Called True3D rendering, this optional feature (which can be toggled on by simply pressing down on the directional pad) uses all of 'Duke Nukem 3D's original assets, but uses 3D modeling and lighting to make it look better than ever. Since it's using the original assets, this overhaul still has all of the nostalgic charm of the original but with a layer of polish that was never there before. It basically makes 'Duke Nukem 3D' look like how I remember it looking, not the pixelated mess that it can sometimes be. It also fixes the game's skyboxes, which are no longer broken when players look up and down.

If you want to see the difference for yourself, the picture above shows a screenshot in the default mode, while the picture below is rendered in True3D. It's really a dramatic difference that makes 'World Tour' feel much more than yet another port of 'Duke Nukem 3D.' 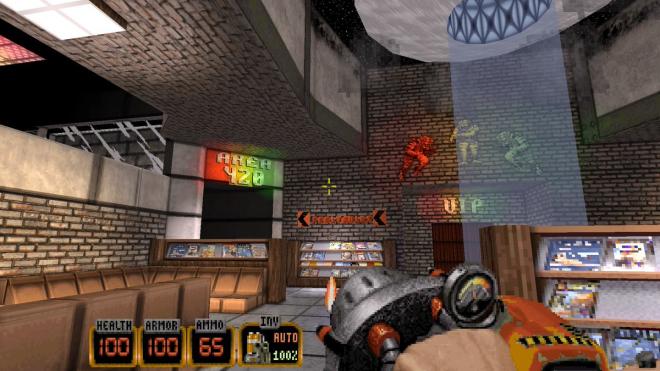 For 'Duke Nukem 3D: 20th Anniversary Edition World Tour,' Gearbox Software had Duke Nukem voice actor Jon St. John re-record all of his old lines, and read new ones made for the additional levels. These sound great, and there is even an option to enable the original dialogue for those wanting a more nostalgic delivery. Similarly, original composer Lee Jackson returned to create music for the fifth world as well so the chapter really does feel like another set of 'Duke Nukem 3D' levels.

Another big addition comes in the form of some fantastic behind-the-scenes commentary. This comes from members of the original development team including Richard "Levelord" Gray. While the discussions are always interesting, the audio mixing is pretty poor. Sometimes sound effects would make it difficult to hear what is being said, and I often had to trigger commentary multiple times in order to fully hear it.

Sadly, there is a major disappointment about the audio and that's a lack of subtitles. It's completely ridiculous to limit who can experience Duke's one-liners and the director's commentary. Hopefully Gearbox Software will do a better job in the future with accessibility options (and start by patching this game), but they completely dropped the ball here.

'Duke Nukem' is known for having a ton of secrets within its levels, which makes for a highly replayable experience. There are four different difficulty levels, and up to eight players can play together cooperatively, so it's easy to get a group of friends to go through the game together. Plus with just shy of 50 multiplayer stages, I don't see multiplayer deathmatch getting old for quite some time. 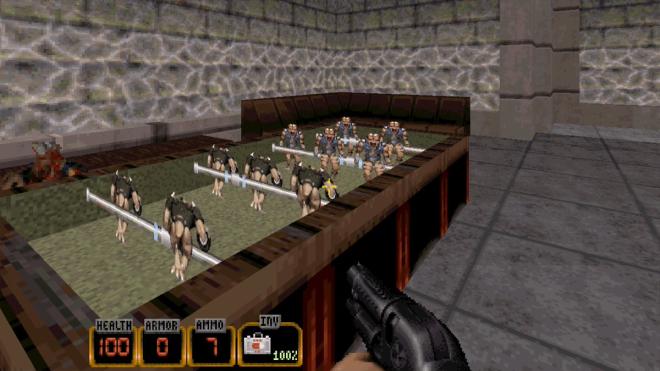 'Duke Nukem 3D: 20th Anniversary Edition World Tour' is the best way to play the iconic first-person shooter. The new levels are some of the best in the entire game, and show that Nerve Software understands what makes 'Duke Nukem' great. While I was initially disappointed that several 'Duke Nukem 3D' expansions weren't included (such as 'Life's a Beach') it might just be for the best, as it makes for a much more focused experience that serves to celebrate the 1996 title. Hopefully this will lead to Nerve Software getting a chance to make a follow-up to 'Duke Nukem 3D,' but until then this package is a good reminder as to why the game was special in the first place.