The Game Itself
2.5 Stars
The Video: Sizing Up the Picture
3.5 Stars
The Audio: Rating the Sound
2.5 Stars
Replay Factor
1 Stars
Bottom Line
For Fans Only

Steam PC version reviewed. The review covers the first two episodes, 'The Ancient Flame' and 'The Devil You Know'.

'Adam Wolfe' is a HOPA (hidden object puzzle adventure) from Serbian studio Madhead Games. The series begines with first two episodes, 'The Ancient Flame' and 'The Devil You Know' which are out on PC and iOS.

Adam Wolfe is a supernatural detective living in San Francisco. He used to be a cop until his kid sister was kidnapped by the ghost world, so he turned in his badge to fight the good fight against vengeful spirits (figuratively - he needs the actual tin for a puzzle). Every case he solves brings him a bit closer to finding his sister, although how I couldn't actually tell you. Sometimes he shoots at demons with his handy revolver. He has a weary but goodnatured cop buddy who runs fingerprints for him on the sly and offers encouragement when needed. There are probably some haunted houses somewhere. In short, the plot is a massive pop culture supernatural cliché. 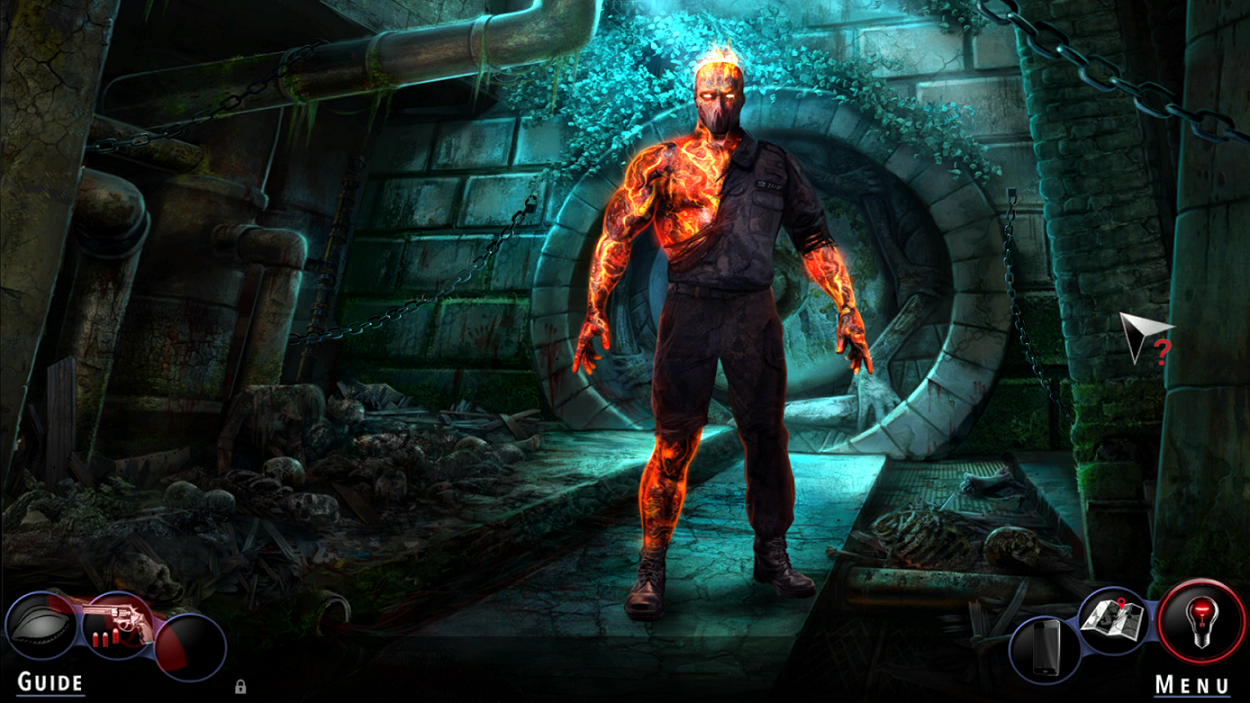 The interface and game flow are almost identical to every other HOPA. There is a map of sorts, old "locations" (static screens) can be visited to poke around for more clicking, and a recharging hint points out the next objective. As a HOPA dabbler only, that particular feature has always mystified me. Why bother playing a puzzle game if you're going to let the game do the main thing for you? Perhaps it's more for the tourists like me, who are sometimes fooled by puzzles that a HOPA sensei would breeze through. 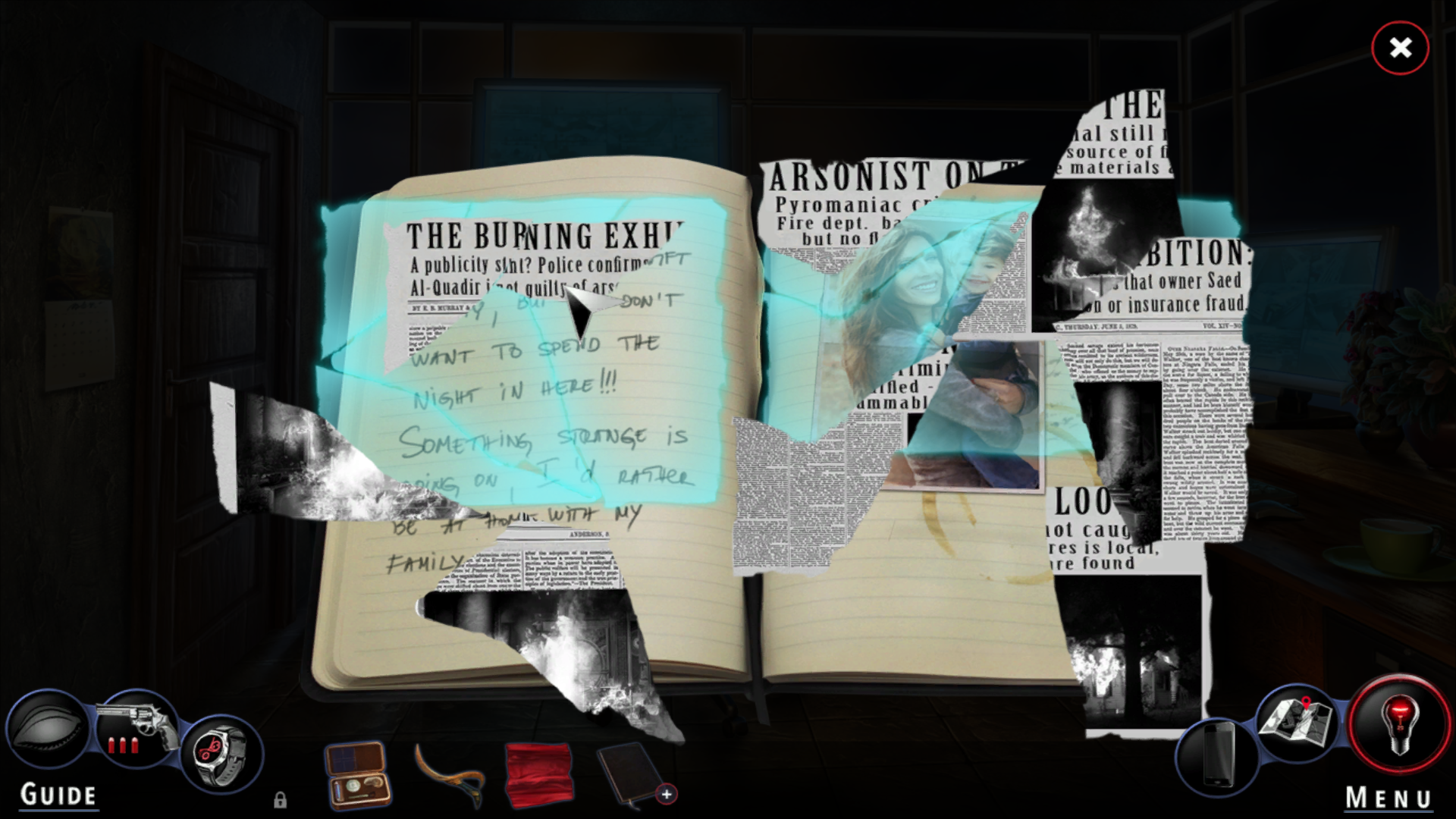 The focus of 'Adam Wolfe' is on clicking. It's dressed up in quick, sleepy puzzles that are designed more to move me from one place to the next than stop and actually figure something out, but underneath that thin veneer is the point-and-click. That's not a bad thing in and of itself - Telltale and several other companies have made a comfortable living with the genre, after all - but the window dressing of 'Wolfe' just screams casual game at every opportunity. The storyline and dialogue are shallow, almost Saturday morning cartoonish, and I was unable to become invested in Wolfe or anyone else. Conversely, it takes itself too seriously to have any value as a camp B-movie either. 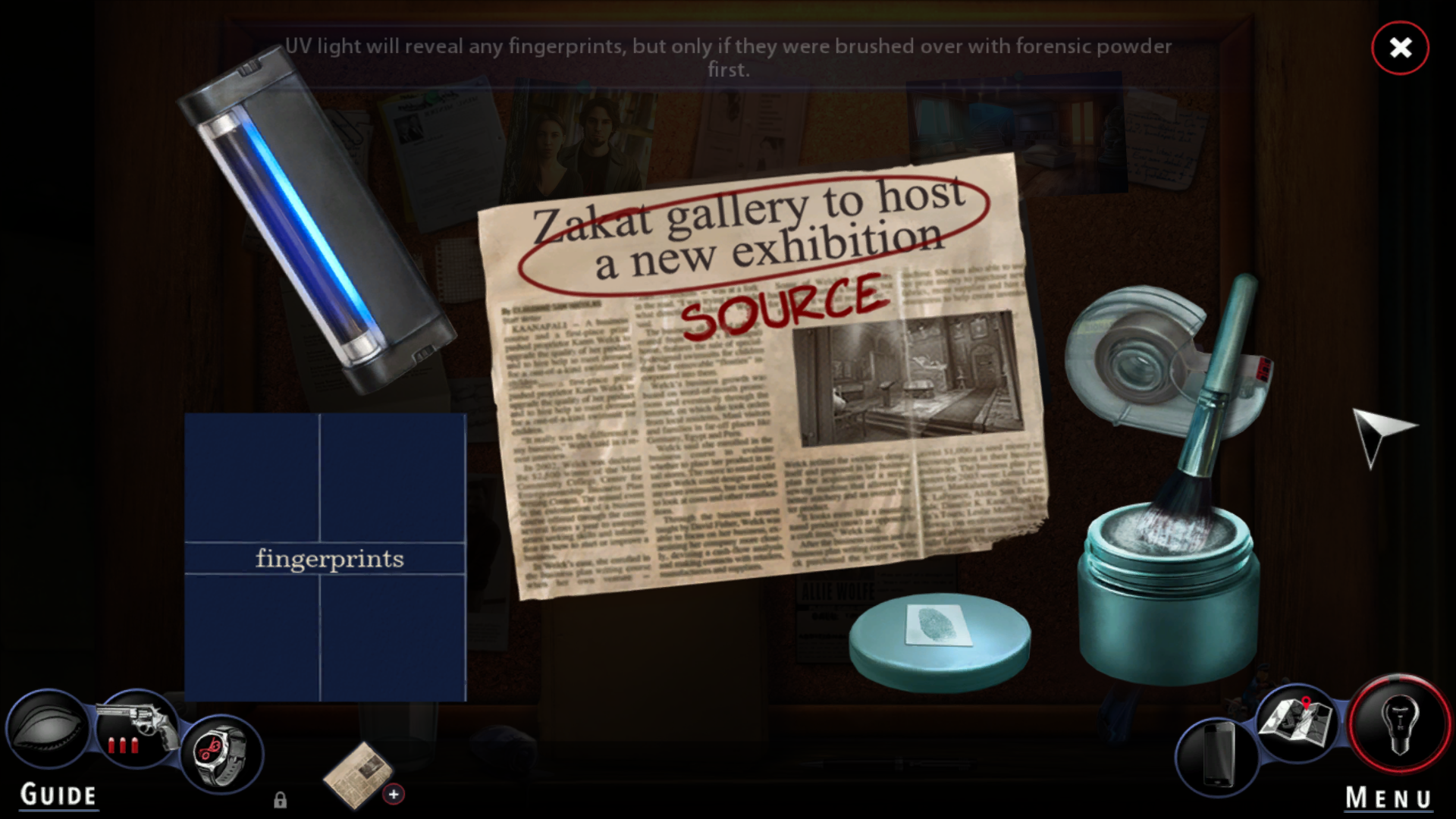 I can easily move from one screen to the next through clicking madly on the screen, and the puzzle will only refresh if I reach such a high click level that I risk annoying anyone nearby with the incessant tapping noises. If that doesn't work, the speedily recharging hint/push to win button will do all of the work for me. There are a few other cheats too, like glowing objects and a focus bar that highlights anything of interest in the room. The puzzles themselves are strangely not often actual hidden objects, instead a much more simple variety of matching or memory. Where 'Enigmatis' had me looking at piles of garbage for minutes on end with no relief in sight, 'Adam Wolfe' is far more transparent. Many screens were a single missing item, much like the last lonely piece in a puzzle, and I just had to find the conspicuously out-of-place item somewhere else on the screen and drag it over. Other times I had to pick up bits of trash or steal things from people to use later, like a silk cloth to drape over a hot door handle so I can open it and escape the burning museum. Pressing questions remain - if that was all I needed the silk cloth for, why did I pick it up? Perhaps Adam is more interesting than he seems. Spooky indeed. 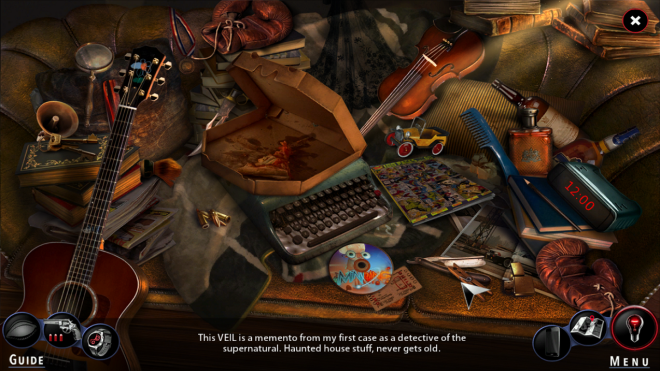 What 'Adam Wolfe' does have going for it is a higher-than average production value for the HOPA industry. The hand-drawn visuals are distinct without any muddied textures, effects are nice, and even the little animated vignettes in between puzzle rooms aren't bad in their worn way. 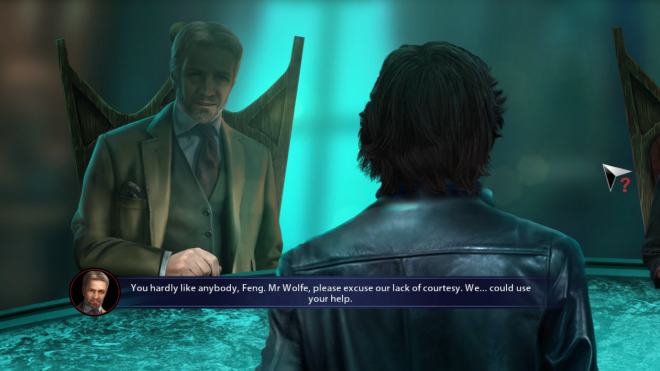 Music and sound effects are of the stock casual variety. Voice acting is slightly better, but still has a very amateur feel, even Wolfe himself. Many of the cutscenes are over the top.

There are several difficulty levels that increase the amount of time before the tip meter recharges, or other small changes to force the player to click more. That about sums it up. 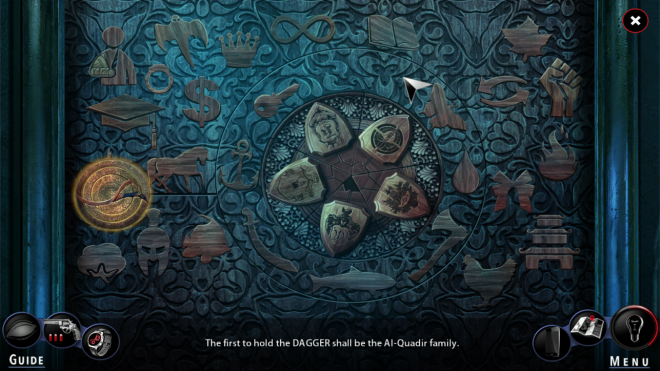 'Adam Wolfe' is a somewhat pretty and ultimately routine HOPA. It differs little from its predecessors in this genre, and as sheer time-wasters go it pales in comparison to so many other casual and, I dare to say it, social media games. The folks over at Madhead are clearly lovers of the HOPA but this a niche field to say the least, and 'Adam Wolfe' has little mainstream appeal.