Developed by two former Harmonix employees, 'Thumper' is the first rhythm game from Drool. Described as "rhythm violence," the PlayStation VR launch title (that is also playable normally) has the player controlling a cosmic beetle as it speeds down a highway. It's up to the player to make sure the beetle can get to its destination and destroy the boss at the end of each level.

The gameplay of 'Thumper' can best be compared to an interactive rollercoaster ride. I controlled a cosmic beetle as he traveled quickly down a neon-lit highway, and had to help the space bug avoid death by dodging obstacles. Corners had to be drifted into by holding the cross button and the analog stick in the right direction, while spikes had to be cleared by pointing the stick upwards and allowing the beetle to use its wings to hover for a few seconds.

All of these actions are pretty simple at its core, but what makes 'Thumper' so compelling is the speed that it throws these obstacles at the player. In a span of just a few seconds, I would often have to jump over a series of spikes, do a ground pound maneuver by thrusting the analog stick down, and then immediately hold left to avoid crashing into a wall. There is always a new challenge quickly approaching the player, and it feels sensational. 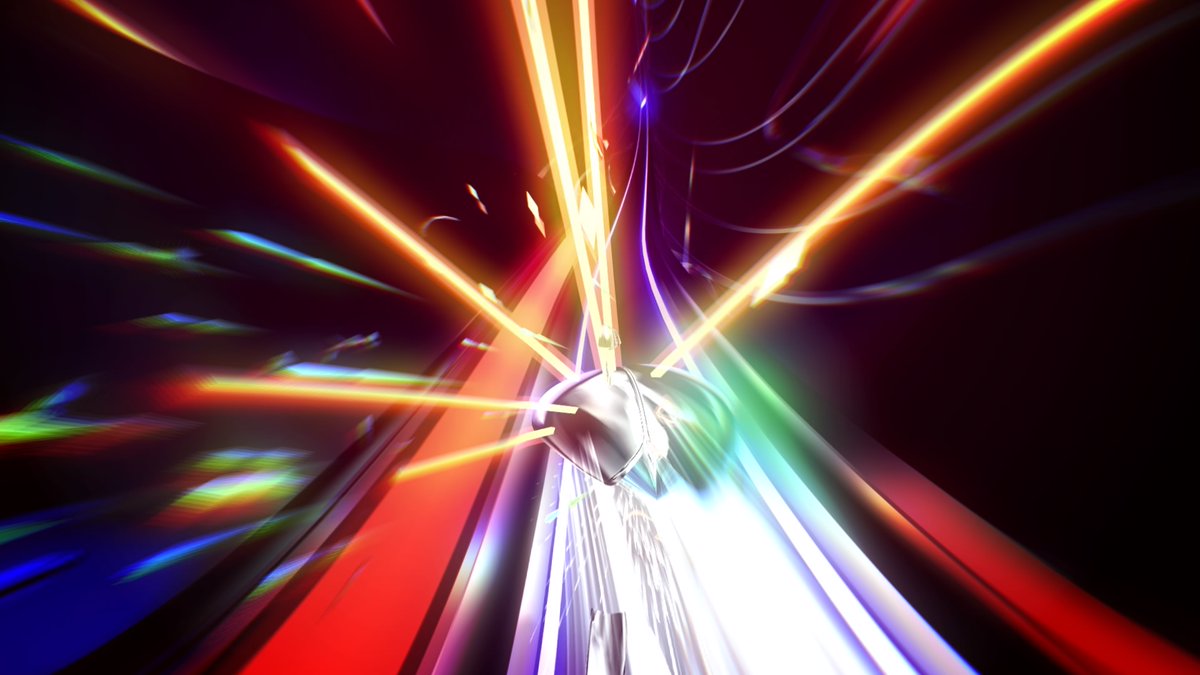 Each level of the game is split into dozens of segments, so I never felt like 'Thumper' was presenting an impossible challenge. Every segment (that typically last only a minute or two) comes with a checkpoint and some health, which is essential since the space beetle can only take two hits before dying. There are no game overs or lives to keep track of either, as the game is simply about making the player master a segment once and then getting to move on.

New concepts are also introduced in each level so I never felt like I was just going through the motions. Every track was teaching me a skill, which would in turn be stacked upon the other mechanics. For example, in 'Thumper's fourth level, it introduces lane switching similar to 'Amplitude.' This isn't some one-off idea, but something that appears in every level afterwards. Nothing is introduced only to be thrown away, rather everything is a building block. 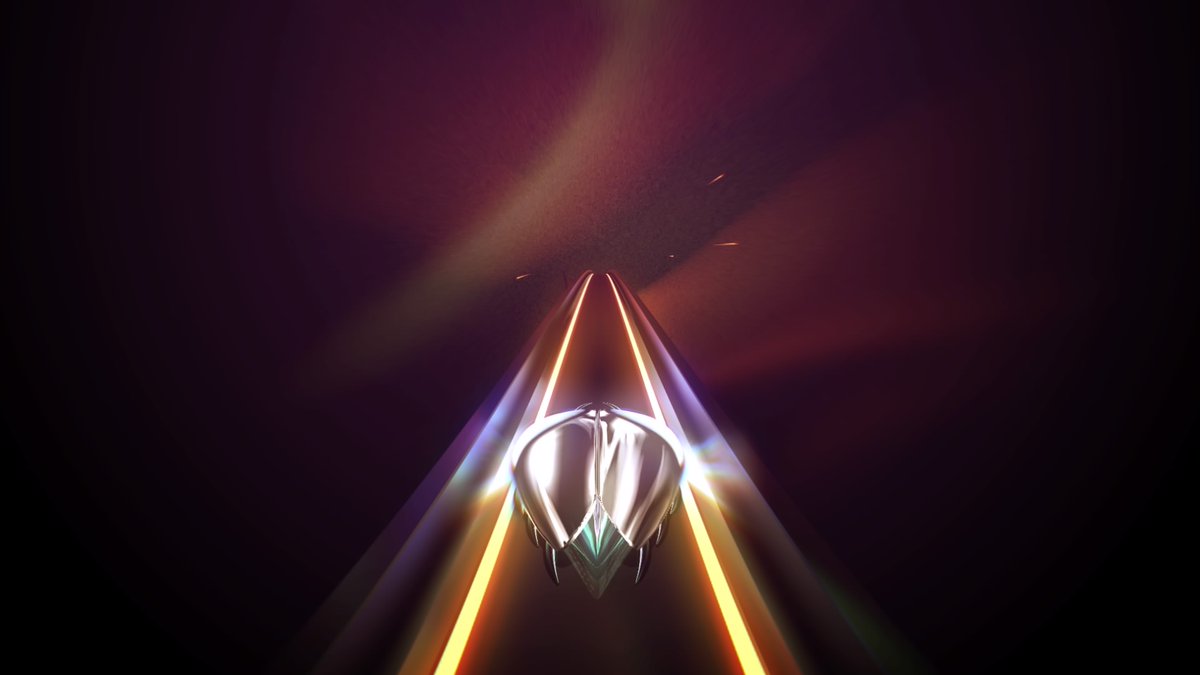 Each level also features a boss encounter at the end, and these are some of the highlights of the game. While there are often optional speed boosts that can be hit to score extra points, the boss fights often make these required to be hit. I had to time my button presses and make sure I could collect all of the green-colored notes so that I could store energy and send it back at my opponent. This has to be done several times (with the track constantly changing) in order to defeat the giant figures at the end of the highway.

'Thumper' is playable both in virtual reality and on a television set, and I found it to be a complete blast on both. There are a few reasons why I preferred to play with a headset on, however. The main reason is that I got a much clearer look at what obstacles were coming my way in VR. I could more easily look up the track and get prepared for the next object while I was already tackling something else. 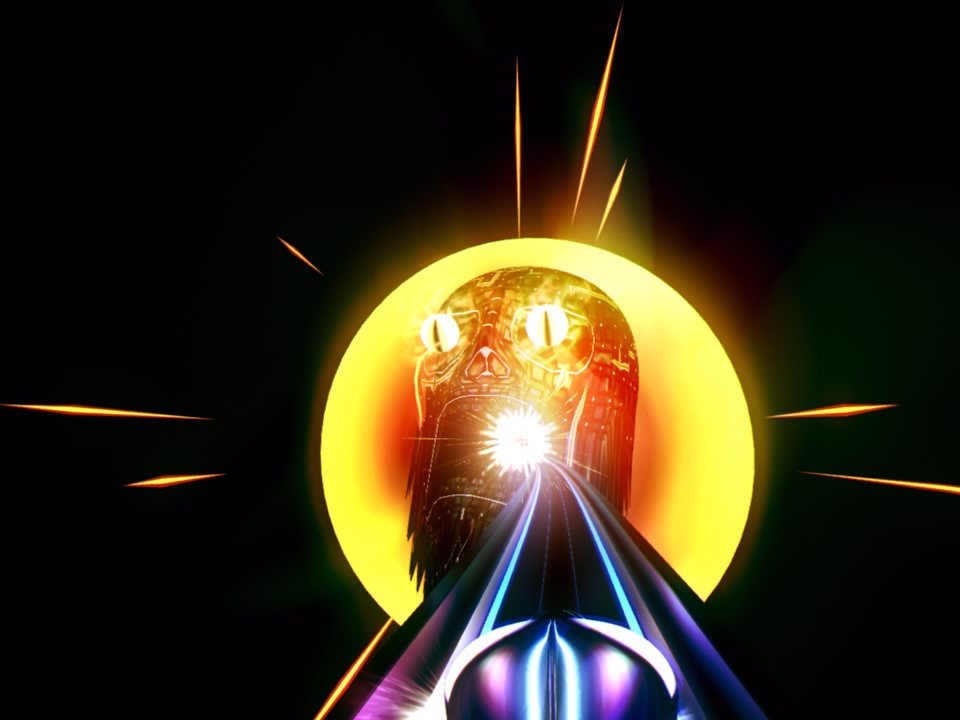 Since I could see more of the road, it made playing in virtual reality seem a lot easier than on a television. That isn't to say that 'Thumper' is impossible to play on a TV, as I completed several levels and segments that way, but it definitely is a tiny bit more difficult. That smidgen of difficulty can be the difference between passing and failing, though. Several times when I got stuck on a particular segment, I would put on my headset and clear it the first time.

It's also a much more engrossing experience in VR. Being able to look around the environments, seeing the sparks fly from the beetle as it races down the highway, and noticing every small detail made me feel like I was actually in its world. PlayStation VR is definitely the way to play 'Thumper,' even if it's not required to have a good time with it. 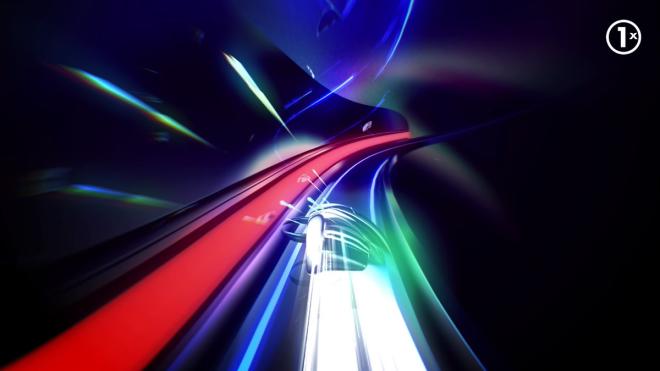 'Thumper' is easily one of the best looking games of 2016, and shows that style goes a long way. I cherished every second of the game, as I watched the beetle travel through psychedelic dreamscapes. Neon lights and reflective surfaces help make this a gorgeous looking game from start to finish, and no other game quite looks like what Drool have made. 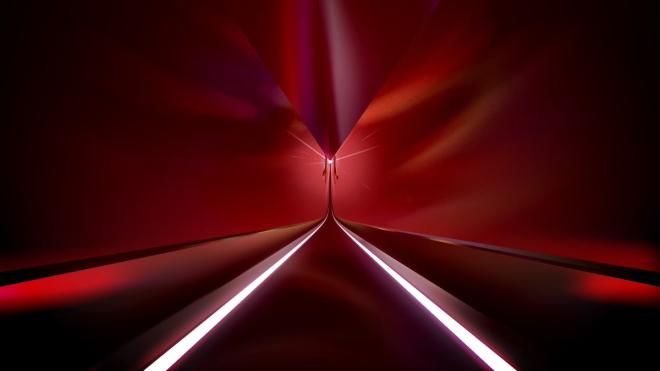 While the majority of rhythm games feature catchy music that one would dance to, 'Thumper' features intense tribal beats, a lot of heavy bass, and synth blasts. Every action of the beetle added to the aural experience as the clash against walls and explosions helped fill my eardrums. The soundtrack perfectly complements the game's theme of violence, and it's a real highlight here.

'Thumper' only spans nine levels, but each are pretty long with the final stage taking over 30 minutes to complete. There are also trophies for successfully getting an S-rank in each level (which practically requires a flawless run), so perfectionists will have their hands full. It's difficult getting such a ranking on the game's earliest stages, so I can only dream of doing so on level 9. 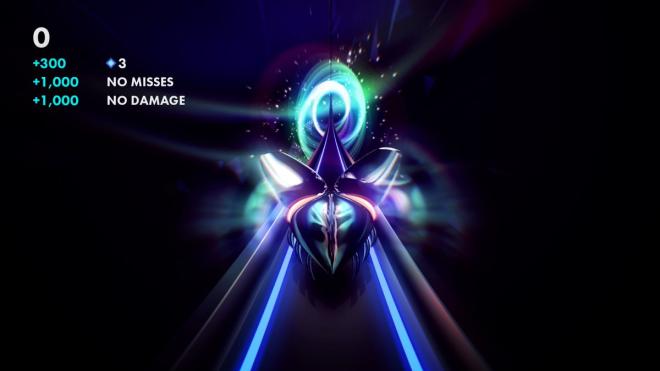 'Thumper's unique brand of "rhythm violence" should be experienced by every fan of rhythm games. It's an audiovisual delight that has been paired with challenging gameplay, and it creates such a captivating experience. While I definitely think it's a better game when played on PlayStation VR, regular PS4 owners will still find a stellar game here. Just one that is slightly more difficult and not quite as engrossing.