Tetsuya Mizuguchi originally released 'Rez' in 2001. The rail shooter became a cult classic as it took the gameplay from 'Panzer Dragoon' and infused it with electronic music and stylish visuals. After giving the game an HD update in 2008, Mizuguchi has now brought the game to PlayStation VR, alongside a brand new level called 'Area X.'

When played with a controller, 'Rez Infinite' plays identical to previous versions of Mizuguchi's beloved shooter. While holding down the cross button, players use the analog stick to mark enemies with a cursor. Upon letting go of the button, the on-screen avatar unleashes bullets that end up hitting every target. It's an easy-to-learn mechanic, and I had mastered it within the first minute of playing the game.

The big change to 'Infinite' is the ability to play in virtual reality, and there are several different ways to play here. Players can use the same control scheme described above, can use a PlayStation Move controller to play it like 'Child of Eden,' or use the headset's tracking to actually look around the environments instead of the analog stick. I found the latter to be the best way to play by far, as I found it incredibly easy to target swarms of enemies with a single turn of my neck. This aiming method felt natural the first time I tried it, and it was so satisfying that it made me want to never play the traditional way again. 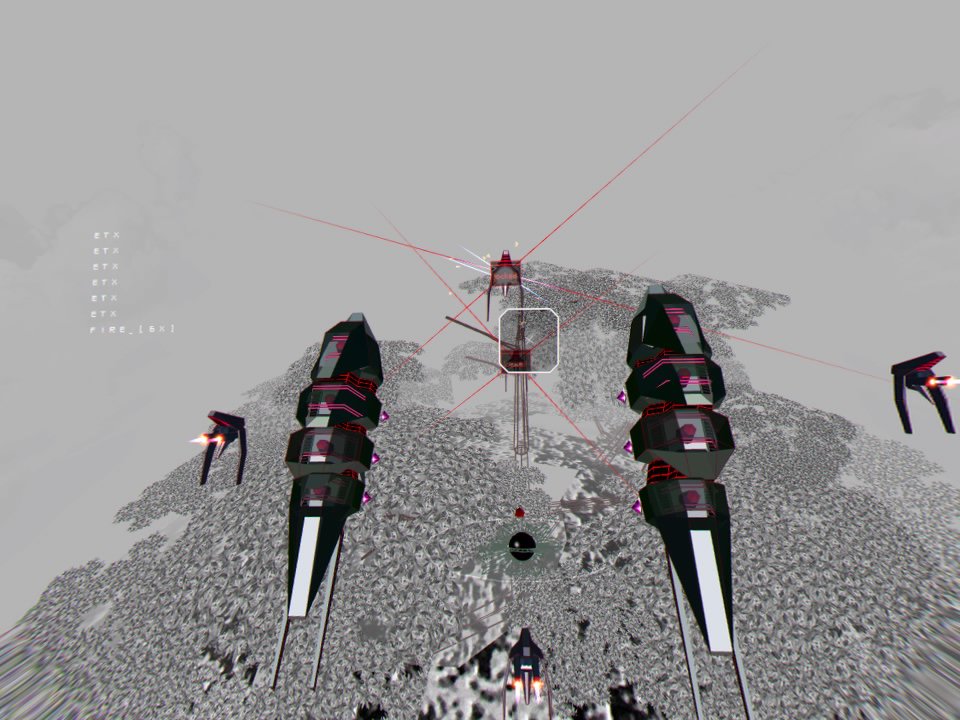 'Rez' is separated into five different levels, but they all pretty much play the same. The player's character moves automatically, leaving the player to just focus on shooting down everything they see from enemies to power-ups that give them powerful bombs and health pickups. Not only do health upgrades impact how many hits the player can take, they also will make the character transform. I loved watching this sort of evolution take place before my very eyes, and it gave me an extra motivation to find as many power-ups as possible since I wanted to see the character's final form.

Due to the addition of head tracking, I wouldn't describe 'Rez Infinite' as a difficult game, but it's definitely an unforgiving one. Even when leveled up, only a few hits from projectiles will force a game over screen. That means starting all over from the very beginning of the level, and while this only happened to me once on the second stage, it made me on-edge from that point onward. Even during levels that I never got hit a single time, I always felt like I was just moments away from dying due to how unforgiving the game can be. 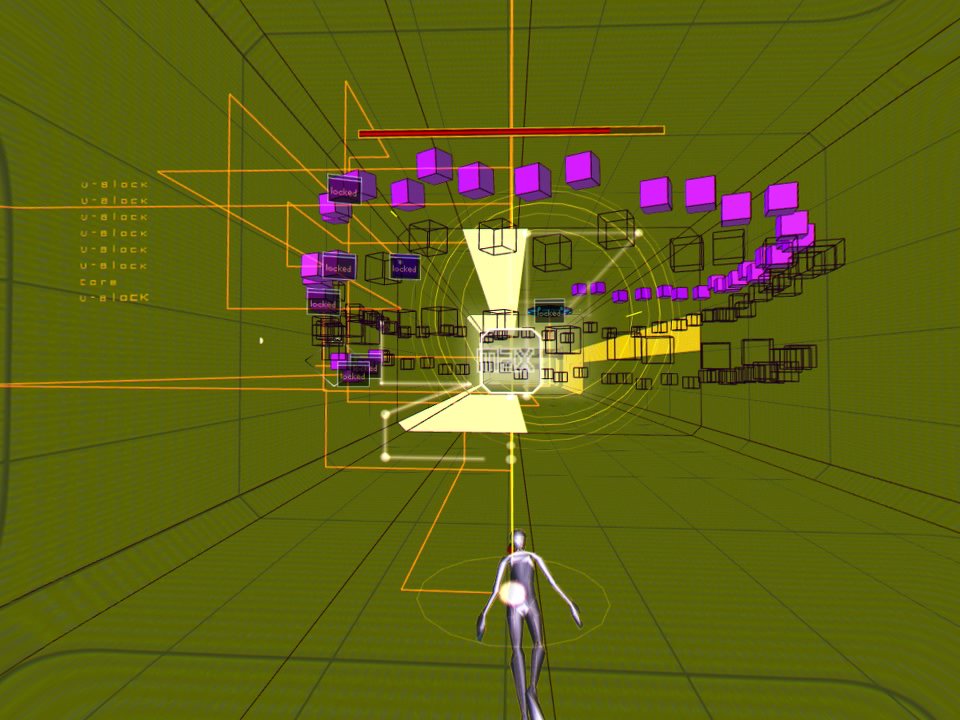 The game's final stage, which is much longer than the rest of the game, clocks in at about 30-minutes long, and features a series of boss fights back-to-back. This provided an extremely tense gameplay session as I was terrified that I would mess up and have to start the entire stage over again. Thankfully, I was able to finish it on my first try, but it's incredible how 'Rez' gets the idea of difficulty in the player's brain even if it isn't actually all that hard to complete.

While 'Rez' isn't a long game, it definitely takes a quality over quantity approach. Every level features different enemy designs, music, and aesthetics. I definitely appreciate not having my time wasted by a game, and 'Rez Infinite' always had something new to show me until the credits rolled. I'll take this over something that reuses ideas until they grow stale any day. 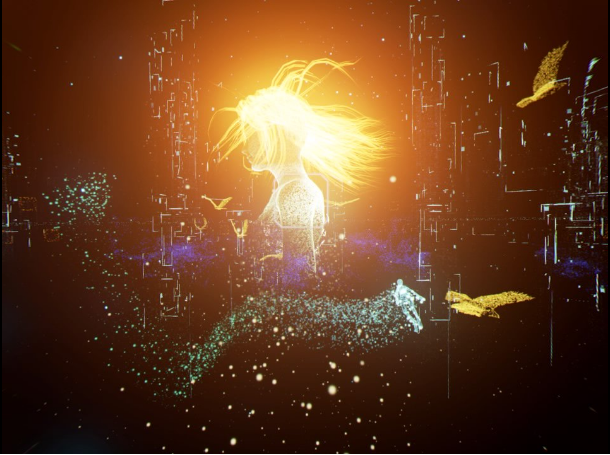 The best part of 'Rez Infinite,' actually comes in the form of a backdoor pilot called 'Area X.' This totally new stage totally changes how 'Rez' plays by allowing the player to move in a 3D space, similar to 'Star Fox's free-range levels, and adjusting how fast the character moves. I was able to navigate the new stage by aiming with their head and a revamped UI informed me where items and projectile attacks were.

Not only is this a refreshing take on the 'Rez' formula, it feels like the next logical step. The additional range of movement, especially when paired with the level's gorgeous neon aesthetic, felt completely liberating. My favorite moment in VR so far was navigating the level and blasting through waves of enemies. By the end of the stage, I had actually started to cry. I'm not sure why, as it's not like the stage told some touching story or struck an emotional chord with me, but I guess the game just caused a sensory overload due to the combination of rhythmic vibrations, vibrant visuals, and fantastic music. Whatever the case, the experience was something that I won't forget. 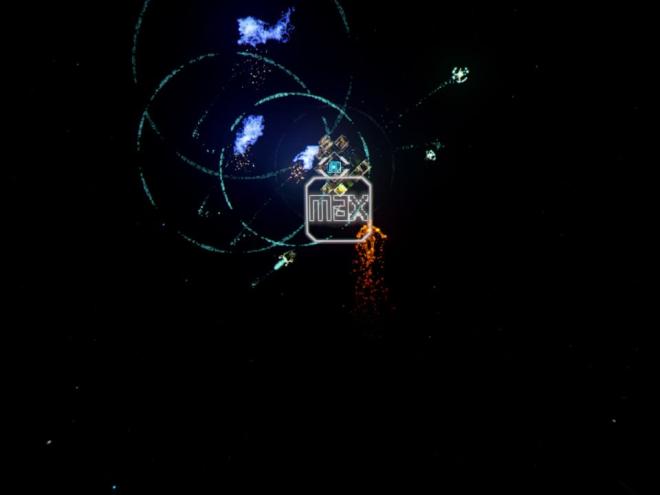 Considering 'Rez Infinite' is an updated port of a Dreamcast title, players might not expect to be wowed by it visually. However, they'd be wrong as this is a stellar example that a good art style can stand the test of time. While the game still looks impressive on a television, it really shines in virtual reality, as I got to physically look around at the environments that I was flying past, and really got to soak in the experience.

While traveling through the original game's five levels is impressive, the brand new 'Area X' shows that Enhance Games can do so much more now. This new level has a stylish new user interface, features amazing particle effects, and really shows what PlayStation VR is capable of. In a sense, it's almost disappointing that the whole game doesn't look this good, but I'm also glad that a faithful port of the original was made. 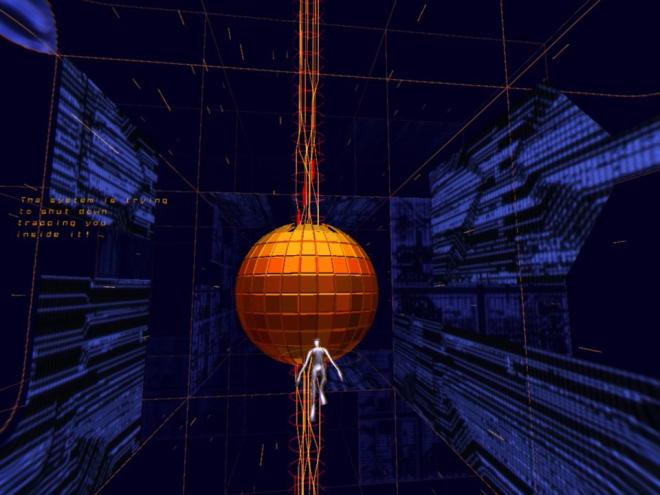 Every level of 'Rez' is accompanied with an original piece of music. Ranging from hip-hop to electronica, all of the music here is simply fantastic. Add in the satisfying sound effects that happen when defeating enemies, and 3D audio that made me feel the action from every angle. Considering 'Rez' has always been about captivating the senses of the player, it's no surprise that it ended up being one of the best audio experiences of this year.

'Rez' has always been a short game, and seeing how head tracking makes it even easier, I was able to finish the core game in less than three hours. That said, the game does have options that kept me playing beyond the initial playthrough. Besides trying to best my in-game completion percentage (for shooting down every enemy and power-up), the game has several additional modes located in the game's 'Beyond' menu. This includes the ability to play through the entire game in one continuous sitting, a boss rush mode, and the ability to play the 'Lost Area,' which was an unfinished chapter that was cut from the original game. These are all fun bonuses, and each of these modes can be played with invincibility on, so players can have a worry-free time with the game if they want. 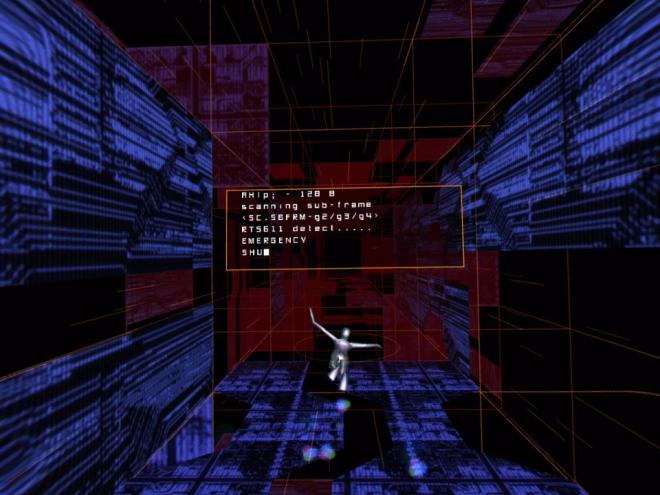 'Rez Infinite' is a brilliant combination of new and old. Despite originally being released in 2001, 'Rez' feels like it was always meant to be played with head tracking and in virtual reality. From the ease of aiming to the excitement of scrolling past its trippy dreamscapes, every part of it feels enhanced. Throw in the excellent 'Area X,' and players also get a look at the captivating future that is in store for the beloved title.