The Game Itself
4 Stars
The Video: Sizing Up the Picture
4.5 Stars
The Audio: Rating the Sound
4 Stars
Replay Factor
5 Stars
Bottom Line
Recommended

'Dragon Ball Xenoverse 2 Deluxe Edition' includes the game and the Season Pass. That means players will get all four DLC packs as they are released, which will include new characters, quests, masters to train under, stages, and various customization options (accessories, skills and costumes). Characters confirmed to be DLC include Goku Black, Future Trunks, Cabe and Frost from 'Dragon Ball Super.'

Similar to its predecessor, 'Xenoverse 2' puts the players in the shoes of a time-travelling police officer who makes sure that history is kept in order by making sure events go down how they were supposed to. It actually takes place two years after the events of the first game, and the hero that players used last year (if they still have the save data) has a statue celebrating his accomplishments in the center of the new hub world. While things had been relatively peaceful for the time cops, things once again go awry as villains Towa and Mira appear to start trouble.

The setup will feel a bit too familiar to those that played 'Xenoverse,' but a few key elements help make this the highlight of the game. First, the dialogue is extremely well-written, and fans of the series get to see a wide range of 'Dragon Ball' characters interact with each other. Watching the oddball villains from the movies fail to cooperate in the game's cutscenes is highly entertaining, and the time traveling motif gives Dimps another excuse to allow players to relive famous moments but with a twist. 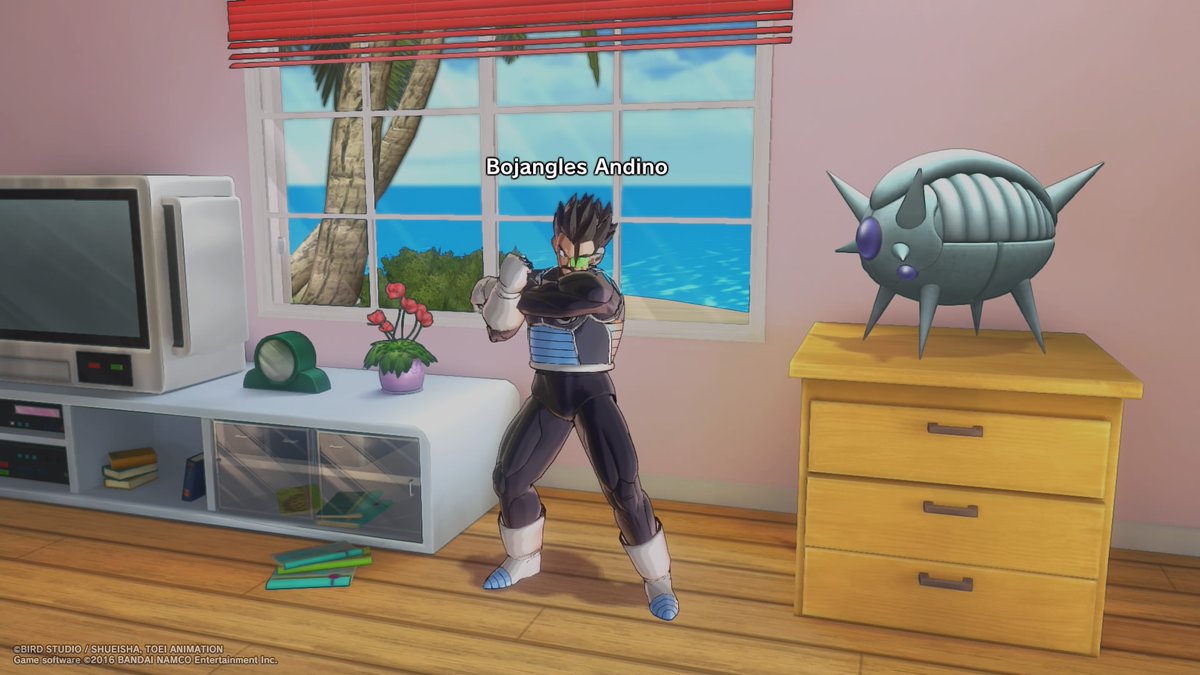 Fixing history is actually easier than I had originally anticipated, as it all revolved around making my created character (I chose to create a Saiyan, but there are several different species to choose from) pound in the faces of various ne'er-do-wells. The combat in 'Xenoverse' is fast-paced, and I typically began every combat exchange by flying around (which is done by holding in the left trigger), locking-on to an enemy, and then starting a combo attack by hitting the square button as I flew closer. This chain of actions is always fun to do, but it does get a bit repetitive.

The problem is that 'Xenoverse 2's combat is overly simple from an offensive point-of-view. Simply mashing on the square button will get players to unleash a 20-hit attack, and that single combo can carry players through much of the game. Players can switch it up by also using the triangle button in order to unleash some different closers to combos, but it's still largely a two-button fighting game for those who want to deal damage up close. 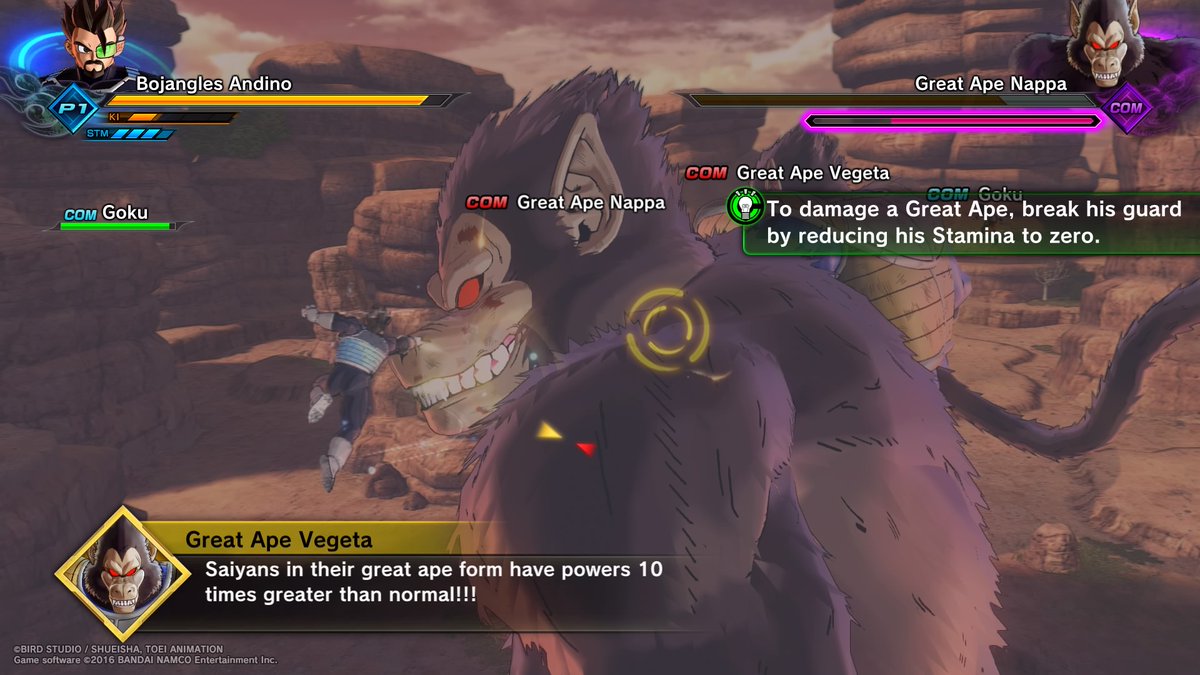 Thankfully, the game's defensive mechanics make up for the simplistic attack structure. Players can teleport out of the way of attacks with a well timed press of the cross button, and I often found myself in battles where two warriors would barely avoid taking damage several times in a row. This helps make each battle encounter feel intense, as the person who is pounding on the attack button might be on defense at any moment.

Since players can fly around at a tremendous speed, 'Dragon Ball' games have often run into issues where the battle areas felt too small. 'Xenoverse 2' fixes that by having attack combos send the players back towards the center of the stage. This smart trick meant that I only saw the invisible level barriers a few times while playing, and I never felt like I was battling the stage as well as my opponent. It's also symbolic of 'Xenoverse 2' as a whole, as there aren't a lot of huge sweeping changes from the original, but Dimps have made a more polished game that has small improvements that start to add up. 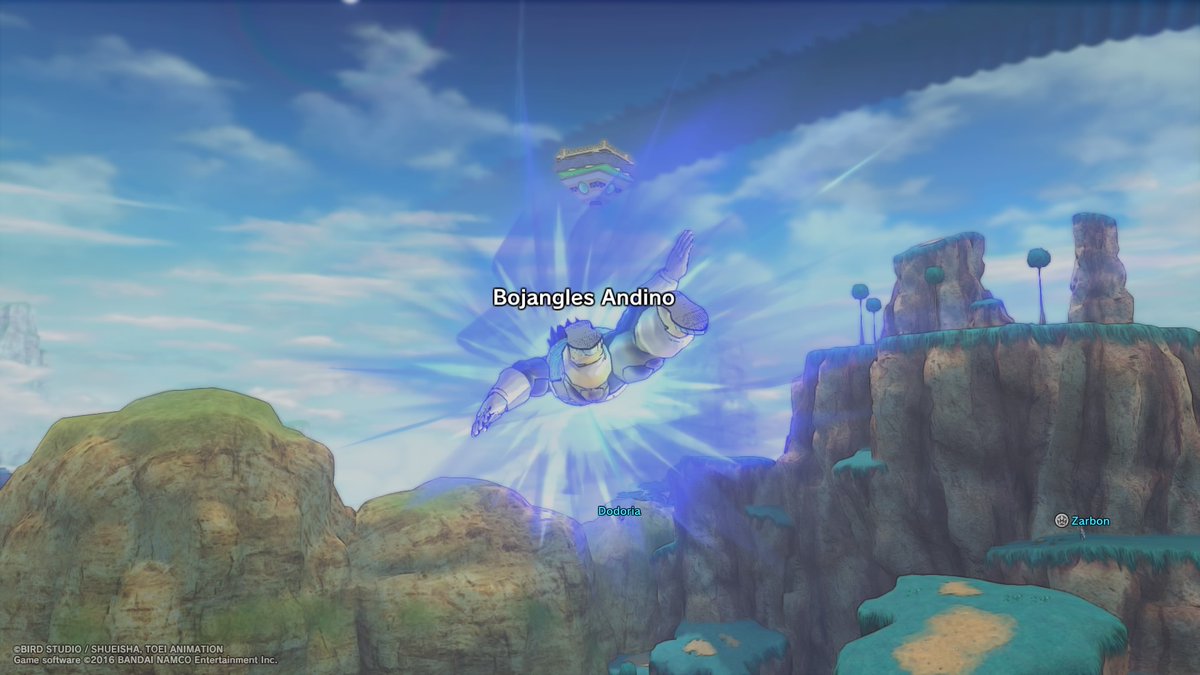 Perhaps the biggest change comes in the form of a new hub world called Conton City. Unlike the original game's boring hub, Conton City has a diverse landscape that I enjoyed exploring. There are lakes filled with fish, small sub-villages filled with quest-givers and notable characters that will train the player's abilities. It actually felt like I was getting to interact as part of the larger 'Dragon Ball' world, which is something the games have been missing for quite some time.

Since the hub world is much more fun to be in, I found myself getting a lot more into the game's copious amount of side-quests. Most of these are rather simple and only require defeating a few enemies, but they also have the tendency to spiral out of control into more extravagant battles. This is due to most missions having hidden objectives (such as defeating a character quickly or not losing health) that then trigger additional events.

Doing these quests led to a really satisfying grind of leveling up my characters, customizing his special attacks (of course, I equipped the legendary Kamehameha as soon as I could), and purchasing accessories that were from the series itself (such as Yajirobe's sword). There is a lot of really fun nods towards the series itself, and it was awesome getting to create a character that was able to unleash the signature attacks of my favorite characters. 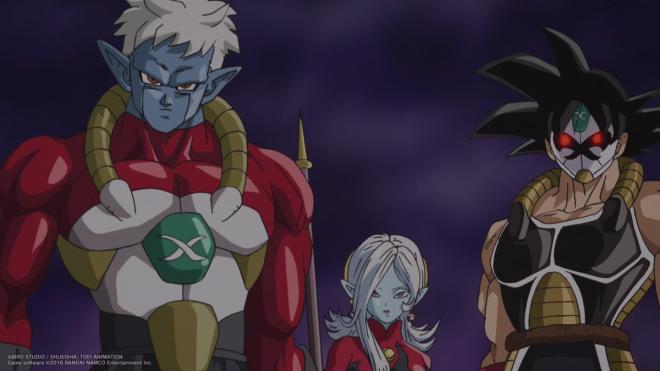 'Dragon Ball Xenoverse 2' isn't a graphical showpiece by any means, but it sports a great style that really makes it look like the anime. Locations such as the Kame House are faithfully recreated, and while they are cool to explore, the title is really impressive during battles. Each action sequence is filled with characters flying around, and constant beams of energy being unleashed. The screen can get incredibly busy, but it looks how a 'Dragon Ball Z' fight should.

There are also some really nice animated cutscenes that tell key moments in the story. These segments look great, but there are only a few during the game, as most of the story is told through 3D characters talking instead. While I definitely wish there were more animation to watch, I'm at least glad that some scenes got the special treatment. 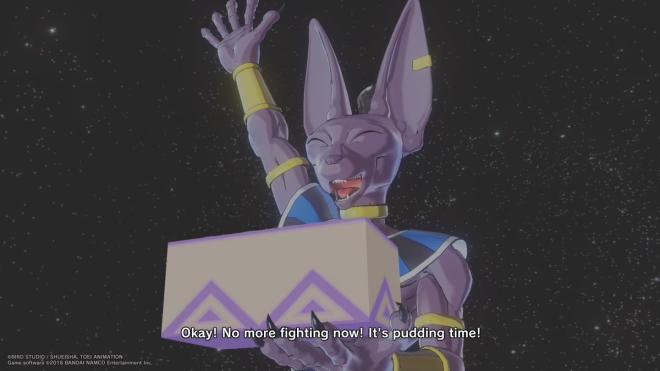 'Dragon Ball Xenoverse 2' features the North American voice actors that fans are familiar with such as Christopher Sabat and Sean Schemmel. They all do a great job, but sadly the audio mixing is really poor here as the dialogue comes out too hot and starts to clip. Thankfully, simply adjusting the audio volume in the game's menu fixed this issue, but it's pretty baffling that it was there in the first place. Otherwise the audio is well-done, as the music and sound effects will be familiar to any fans of the series.

If anyone is looking to put in some serious hours into an action game, then 'Dragon Ball Xenoverse 2' is the game to pick up. I found that beyond the story (which lasts around a dozen hours), the title has dozens of "parallel quests" to complete, which can even be done cooperatively online. A wide range of side quests are also available such as training under the Great Saiyaman, helping Buu create a family by feeding him candy (I'm not even going to attempt to figure out the logic there), and the ability to join Frieza's army and rise up the ranks there by completing tasks. Oh, and there's the titular dragon balls to collect, special quests that have six players teaming up to complete them (instead of the normal team of three), and competitive multiplayer. I still prefer the cooperative side of 'Xenoverse' due to the character selection not being balanced, but it's nice that those who want to compete can do so in three-on-three team battles.

Anyone who enjoys 'Dragon Ball Xenoverse 2' will be coming back to it for months. Throw in the upcoming 'Season Pass' (which is included with the 'Deluxe Edition'), and players will have even more characters to master, clothing to collect and stages to fight in. This is one content-filled package, and those who want even more characters to use and quests to complete will get just that in the 'Deluxe Edition.' 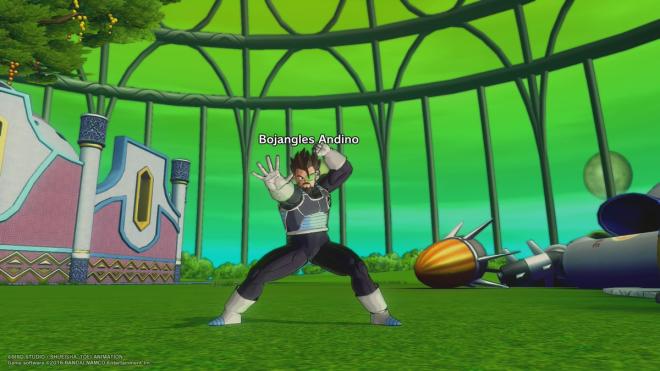 'Dragon Ball Xenoverse 2' is the best game based upon Akira Toryiama's legendary series in quite some time. The combat feels more fluid and responsive than its predecessor, and it's packed with enough content to keep players busy for dozens of hours. A fun, if cliché, story mode acts as the cherry on top of what is an enjoyable action game with legs.