The Game Itself
1 Stars
The Video: Sizing Up the Picture
2 Stars
The Audio: Rating the Sound
2 Stars
Replay Factor
0 Stars
Bottom Line
Skip It

Developed by Chinese studio TianShe Media, 'Weeping Doll' is one of the first horror games to be released for PlayStation VR. In it, players explore a haunted mansion filled with dolls from a first-person perspective. Players will have to interact with objects and solve puzzles to uncover a mystery.

It also marks the third virtual reality release from publisher Oasis Games, who put out 'Ace Banana' and 'Pixel Gear.'

'Weeping Doll' has a spooky enough plot, as players take the role of a maid who shows up to a mysteriously empty house. As luck would have it, it's not completely empty, and players have to walk through a huge mansion that is filled with dozens of strange looking dolls in order to uncover the mysterious circumstances surrounding this work shift gone wrong.

'Weeping Doll's first five minutes were by far its best. After a brief overview of the game's controls (I used the left analog stick in conjunction with the cross button to teleport and used the triggers to pick items up), I received a mysterious phone call warning me of mysterious "weeping dolls." Ever oblivious, the main character shakes this off and wants to tidy up the house she's been paid to clean since it looks like a mess.

During these first few minutes, the tension was building. I was waiting for some sort of jump scare to come, and pretty much was psyching myself out as I often do during horror games. Sadly, after hearing a baby crying a few times, I realized that there was nothing that was actually scary here. There's no disturbing imagery besides a few poorly modeled dolls, and I was just left bored. 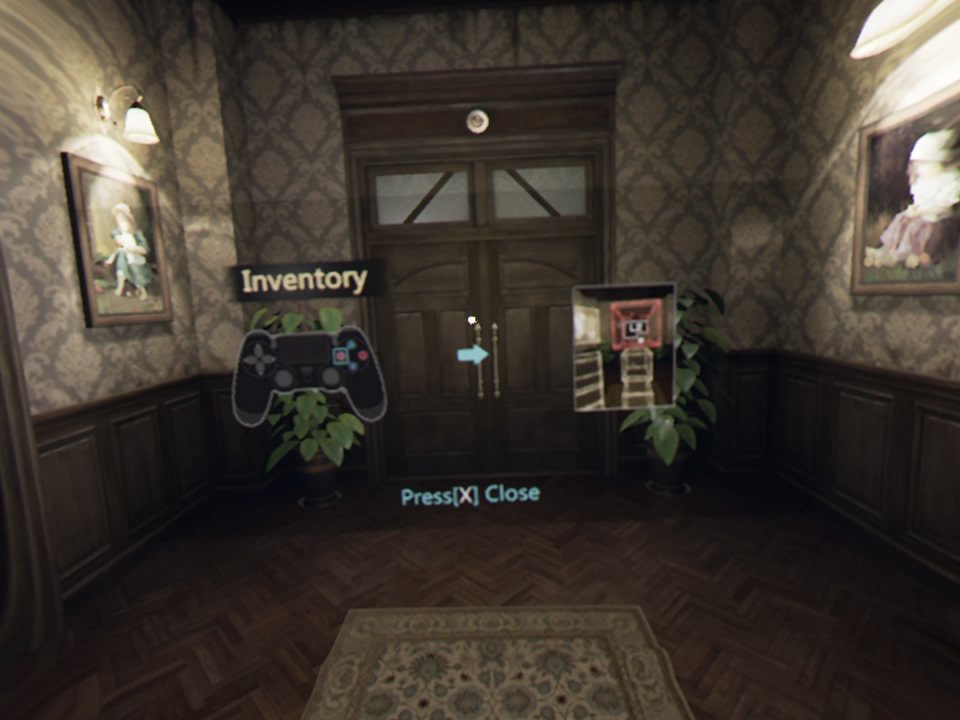 The actual gameplay just has the player roaming the house and solving different puzzles in rooms in order to go unlock other rooms. The puzzles aren't terrible, but they also won't have the player feeling like a genius for having figured them out like 'The Witness' or 'Professor Layton.' Instead, most of the puzzles are as simple as collecting doll parts and then placing them on a display. It's not exactly stimulating or exciting to do.

It doesn't help that a lot of time simple processes are made more difficult due to the game dropping items instead of using them. I was able to choose what I wanted to interact with by moving my head around, and while this generally works, players have to be right on the object for it to work. This is a bit weird considering each room only has three or four interactive objects, and several times my character would drop a valuable key instead of opening a door with it. Once I had to restart from the last checkpoint as I couldn't find the key on the floor. 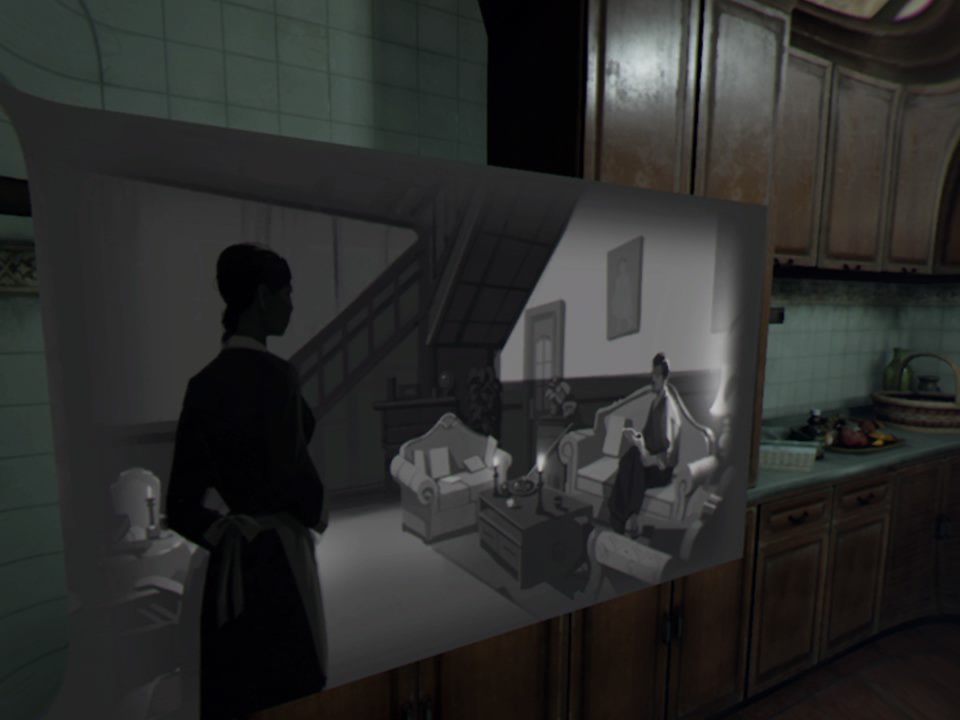 Perhaps the biggest issue is that the house just isn't interesting to explore. Unlike 'Gone Home,' which was filled with lore and items that made it feel like a real house, 'Weeping Doll' feels like a rather empty video game environment. This could've been a decent locale if the focus was on combating ghosts, but it's all about exploration, and it falls flat due to it.

While I was able to establish that a lot of the game was just plain bad early on, I was really holding out hope that the narrative would deliver. 'Weeping Doll' does most of its storytelling by displaying flashback cutscenes delivered as a stylized painting with voice-over giving backstory to the house's previous residents. It did enough to keep me interested for the two hours or so it lasts, but that's sadly where the story really falls flat. There's barely an ending as the climaxing scene just stops abruptly without any sort of resolution. Despite being led to a room with the game's credits on the walls, I wasn't sure that I had actually finished the game until I checked the trophies and was told I had completed it. That is not how a game ends on a high note. 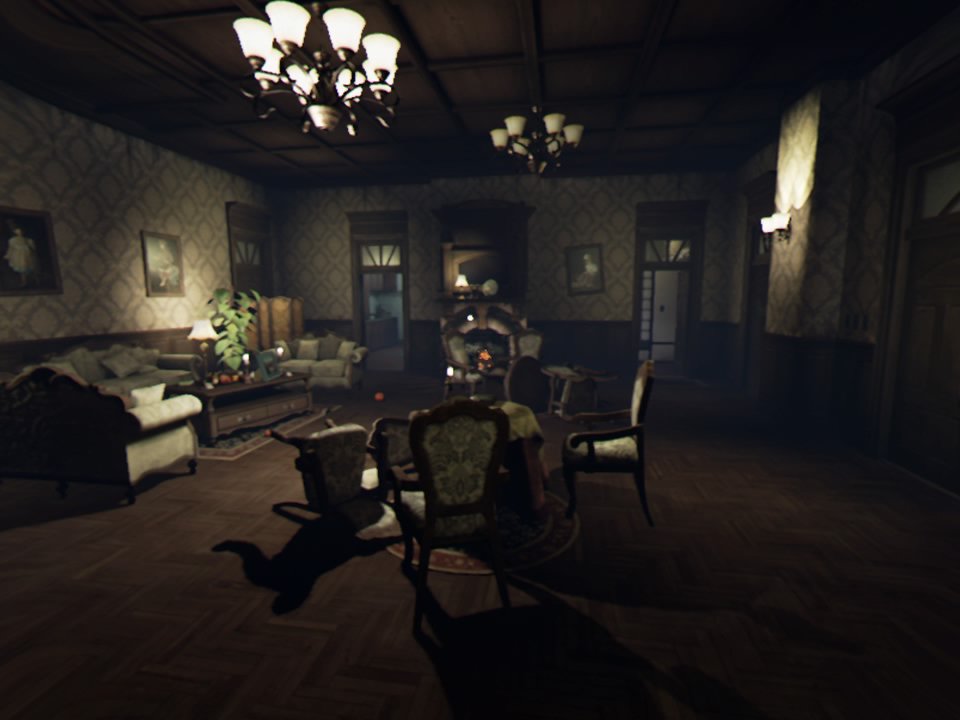 That premise being solid and then not being delivered upon is what ultimately makes 'Weeping Doll' so disappointing. A good horror game could've been made using this setup, but the execution here is so dull and pedestrian that every aspect of the game falls flat. The puzzles aren't clever, and I was never the slightest bit scared after the initial five minutes of play. Not once was my heart racing, and that's shocking considering I've quit games like 'P.T.' after 10 minutes due to being too scared to continue.

If anything, the game seems to be hurt by virtual reality rather than helped by it. The realistic-looking visuals often look blurry due to the lower fidelity of the PlayStation VR headset, and the game rarely has the ability to set the player up for scares as the teleporting makes the player's movement totally unpredictable. That's not to say that 'Weeping Doll,' would be any more effective as a traditional game, as it would still be a boring affair, but perhaps more could've been done by a developer that is clearly still figuring out what works in virtual reality. 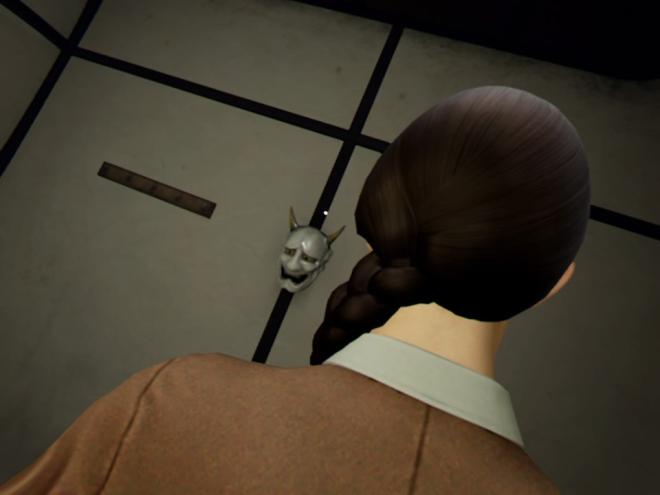 Anyone who looks at the screenshot above might think that 'Weeping Doll' is a third-person game, but that isn't the case. No, the game just does a terrible job of tracking the player's movement and whenever I moved my head back it would take me outside of my character's body. This happened occasionally by accident, and even more times on purpose, but I'm pretty confused as to why the developer modeled a head in the first place. Despite the house having a mirror, I couldn't see my character in it, and the only real way to see the character is to break the game.

Other than graphical oddities, there's nothing really interesting to talk about 'Weeping Doll's visuals. The house is a rather dull affair, although there are a few interesting items (such as this cool Oni mask I found), but most of them can't be interacted with. It doesn't help that the game's visuals are displayed at a low fidelity and don't look good when examined up close. Early PlayStation VR tiles have shown that style works on the headset, not realism, and TianShe Media chose the wrong direction. 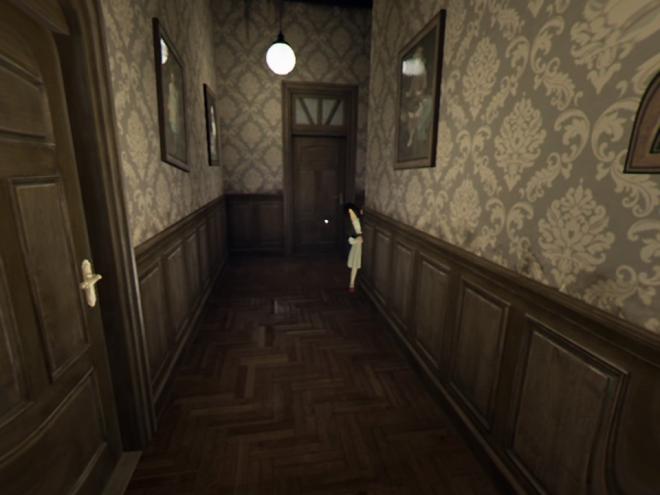 Audio is another area where 'Weeping Doll' comes up short, but it's not all bad. Doors creak when opened, and there are some generally unsettling noises to be heard in the house. The first time I heard crying coming from seemingly nowhere I was a tiny bit startled, but that's really the game's only trick and it starts to fall flat rather quickly. There's also some pretty poor voice acting and the game's only memorable scene features a nursery rhyme being sung rather poorly.

Disappointingly, this is yet another game that is marred by not having any subtitles. Yes, unacceptably any players with a hearing disability will not be able to enjoy any of the story. It might be a blessing in disguise, though, as they'll at least avoid playing a terrible game.

There is absolutely no reason to ever replay 'Weeping Doll.' I managed to get every trophy the game offers (it seems like the game hands one out after interacting with every object) on my initial playthrough without trying. Unlike other narrative-focused titles that can be played in a single sitting, this isn't something I'll ever find myself wanting to play through on a random afternoon like I've done with 'Journey.' 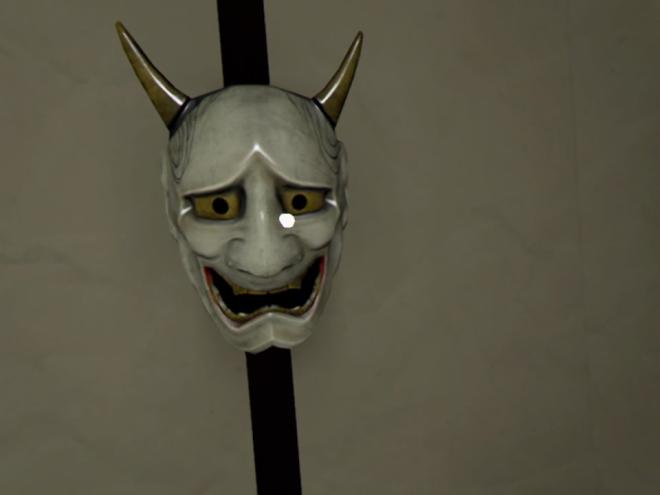 There have been some bad PlayStation VR launch titles, but most of them just felt broken or like an extended tech demo. That isn't the case with 'Weeping Doll,' as it works as intended most of the time (although it's very easy to end up staring at the back of the protagonist's head). The faults here are far deeper, as there just isn't anything interesting to experience. It's a bland horror game that doesn't offer anything mechanically satisfying, and ends on an absolute whimper.