The Game Itself
2 Stars
The Video: Sizing Up the Picture
3 Stars
The Audio: Rating the Sound
4 Stars
Replay Factor
2.5 Stars
Bottom Line
For Fans Only

From Matt Fielding's Magnetic Realms comes 'Exile's End,' a 2D action-adventure game in the style of old Commodore 64 and Amiga sci-fi titles, with nonlinear map design and collectible items that are needed to access new areas.

The main draw of 'Exile's End' is its story mode, which sees the protagonist crash-landing near a mining outpost he's meant to investigate. With his suit damaged and supplies missing, he has to spend the early part of the campaign cautiously recovering energy and items before he can move on to his main mission.

In terms of gameplay, this translates to a lot of wandering around in search of items and paths that allow you to progress the minimalist narrative. To begin, the protagonist's suit needs to be repaired, taking immense fall damage that requires the player to maneuver extremely carefully. 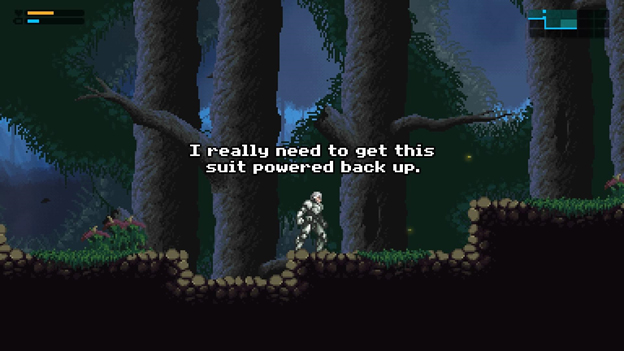 After solving this problem, he finds himself without offensive capabilities outside of some rocks to throw, so it's up to the player to hop over most oncoming enemies until they can track down a weapon.

In theory, this might not sound so bad at all — but while I've outlined the player's goals quite clearly above, the game offers no such direction. Finding out what I had to do was all trial-and-error, wandering across the large and empty maps until I stumbled across a wrinkle I hadn't noticed before. The frustration and boredom of feeling constantly lost was compounded by the unforgiving difficulty — I died more times than I cared to count!

I understand that there are some players who are drawn to this kind of retro experience, without the "hand-holding" and easier modes of today's software. Still, I can't help but find the game design of 'Exile's End' repellent; while it effectively creates a sense of desperation and isolation through its bleak environments and lack of resources, I found myself in a near-constant state of boredom and frustration while playing it. At its core, this is a game with one hour of actual content that's padded out by leaving the player completely in the dark about their goals. 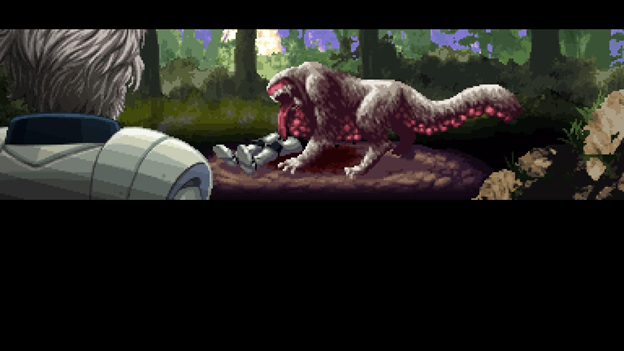 I enjoyed the Survival mode a bit more. This mode's focus is singular and obvious: get as many points as possible before time runs out. Here, the protagonist starts out with many more offensive capabilities, along with a double-jump that makes getting around a cinch. The faster pace and focus on action was a welcome change from the exhaustingly dismal proceedings of the campaign, although it wasn't something I found myself compelled to come back to many times. 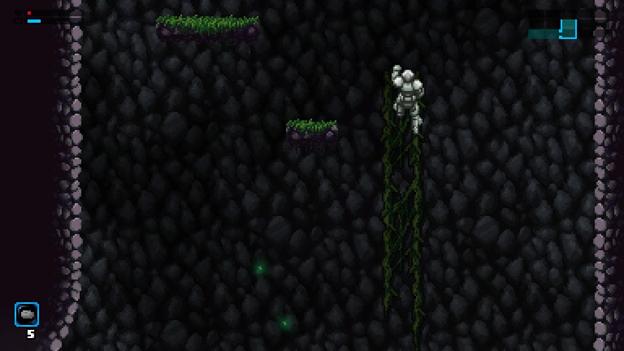 According to the developers, 'Exile's End' is specifically meant as a tribute to "science fiction films and anime of the 80's" and "classic Commodore 64/Amiga action-adventure games," and both of these are reflected in the graphical style. Highly-detailed sprite work creates a beautifully retro aesthetic while maintaining visual clarity, and the cutscenes are stunning works of pixel art.

I have to admit I found myself wishing there were a bit more color in the environments, though. This seems to have been a conscious art design choice in order to make things feel a bit more gritty (i.e. "science fiction of the 80s"), but I found myself tiring of the muddled and muted browns, greens and greys after a while. 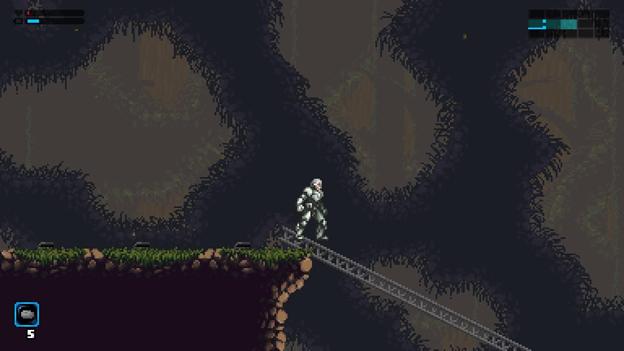 Many old action-adventure games were lauded for the sense of isolation they created, and that feeling seems to have been a priority in the creation of the 'Exile's End' soundtrack. When the sound design wasn't pumping my ears full of tense, synth-driven rhythms, it was creeping me out with ambient background noise. While I may have tired of the rather unappealing color palettes used in the visuals, the audio brought the environments to life in vivid, delightfully spooky detail.

For competitive players who enjoy a stiff challenge, 'Exile's End' can provide many more hours of enjoyment. A set of included leaderboards encourage speedrunning through the campaign in various ways, including the unlockable "Hard" difficulty. In addition, Survival mode provides a pick-up-and-play experience that interested parties will likely find themselves returning to again and again to go after the high score. Unfortunately, those with little patience for difficult "old-school" games — a category I happen to be a part of — will probably not want to engage much past the main adventure. 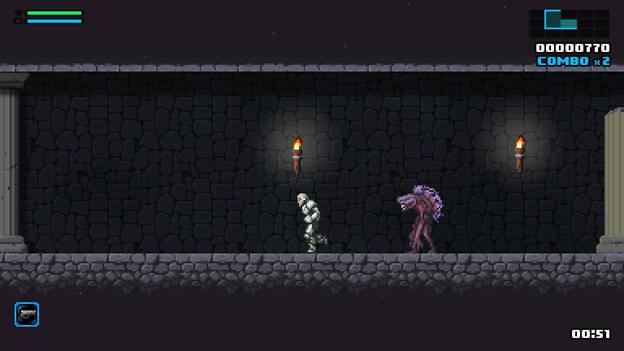 With a high level of difficulty and a pixelated aesthetic, 'Exile's End' is an affectionate tribute to a decidedly different era of gaming. My time with 'Exile's End' was decidedly mixed, although I must admit I'm not in the target demographic of players that really enjoy this type of experience. I admired the visual and sound design for creating some truly creepy environments, and for serving up a loving tribute to the Commodore 64/Amiga era, but I was left a bit more cold in the gameplay department. Getting lost in expansive, empty 2D maps isn't exactly my idea of a good time, and I've never been one to get terribly excited about "old-school" difficulty. With that said, fans of this sort of isolated retro experience might get a real kick out of Marvelous' take on the genre.