The Game Itself
3 Stars
The Video: Sizing Up the Picture
3 Stars
The Audio: Rating the Sound
4 Stars
Replay Factor
2 Stars
Bottom Line
For Fans Only

'Dungeon Souls' by Lamina Studios just exited early access after spending more than a year in the program. It is a pixel dungeon crawler roguelike heavily influenced by 'Nuclear Throne', 'Overture', and more, with a high level of difficulty, procedural levels, and local co-op.

Like survival games, Steam is riddled with early access dungeon crawlers of all stripes. Some of them never see the light of day, while others quietly enter full release and then die an ignominious death. The fans there are gluttons for punishment, constantly demanding higher difficulty levels and berating the "casuals". Only a select few become really amazing, polished products that inspire games like 'Dungeon Souls', and it is into this nether realm that Lamina descended when they began working on their first title. Early access adds another layer of challenge on top of normal game development, one where the public serves as both paying beta testers and a loud, clamoring rabble, pushing and pulling the dev team in every direction. 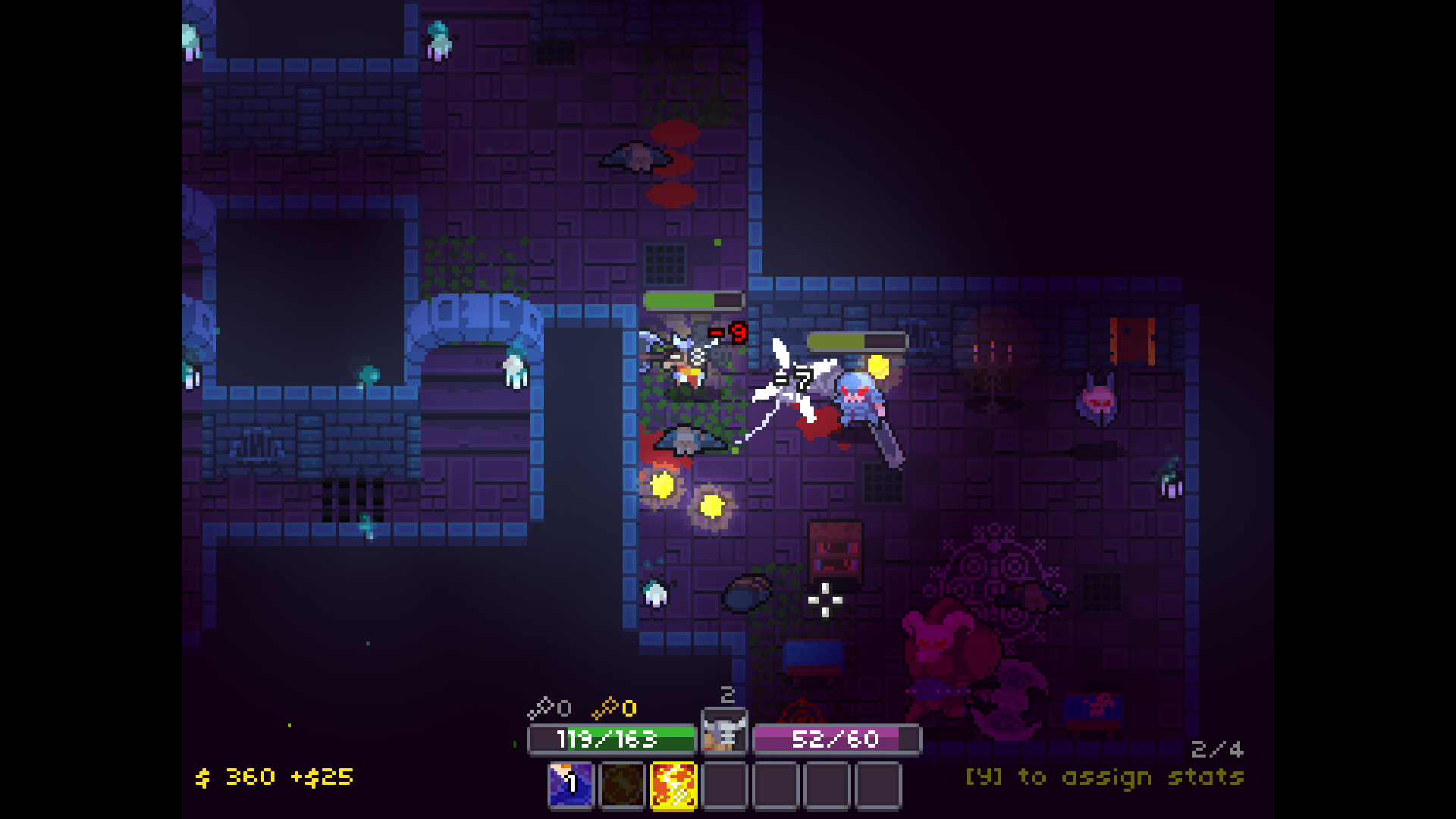 For the most part, this process has refined 'Dungeon Souls' into the archetypal pixel roguelike. If I were a professor teaching young and impressionable minds about the history of dungeon crawlers (what an awesome job), I would show them 'Souls' as a demonstration of what the formula had become by 2016. A hero enters a pixelly, top-down, dark dungeon with a collection of RPG stats, a sword or bow, and no items. They defeat monsters in each room or die trying, and from the monsters they receive items, keys, gold, and experience with which they can progress their character and become more powerful, able to defeat badass enemies and clear entire rooms in a single button press. Along the way there will be death and lots of it. Each death is intended to purify the player further, making them better and also winnowing out those players who cannot stomach the masochism of the roguelike. 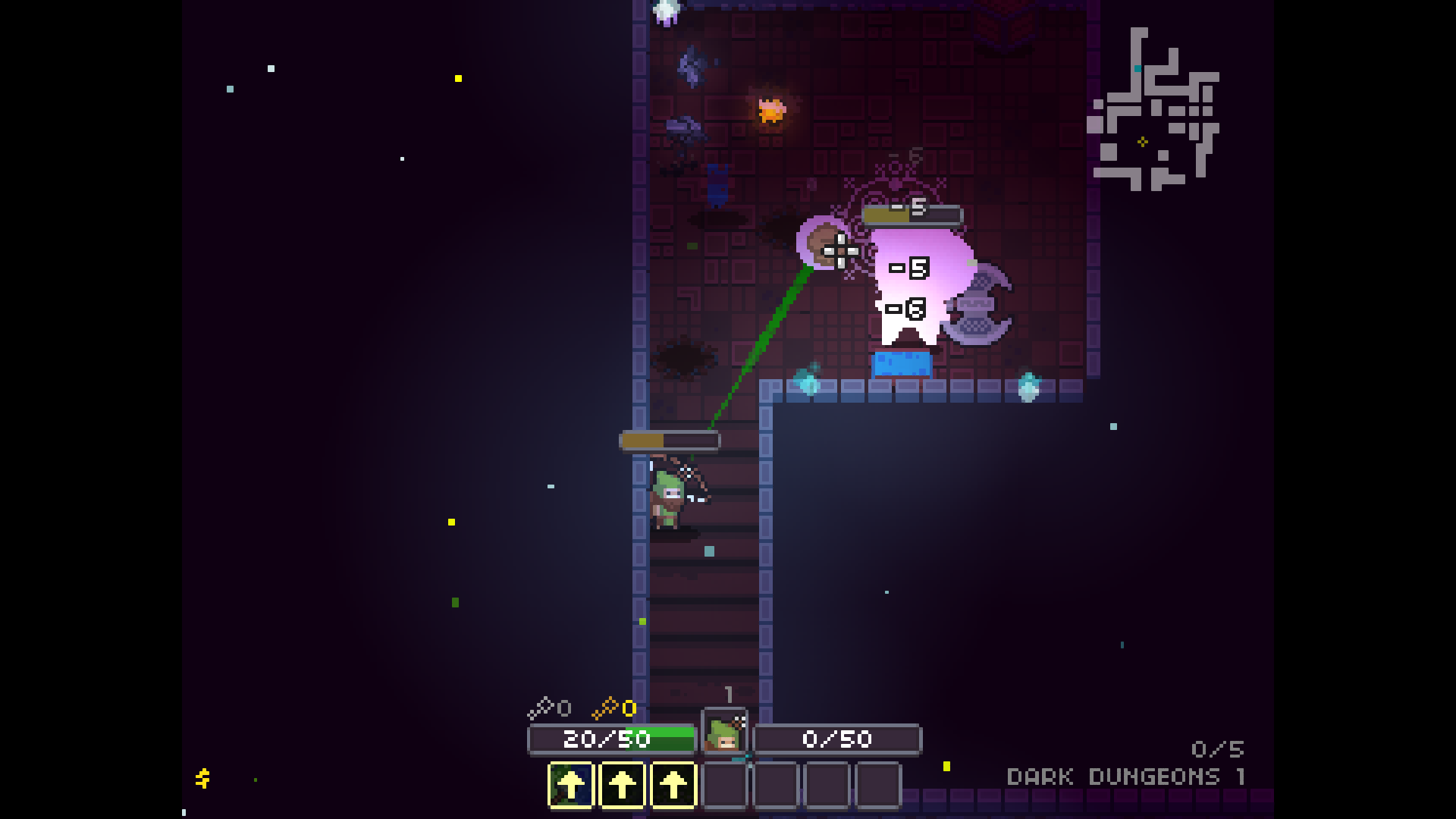 That's not to say 'Dungeon Souls' is a bad game. It is a smooth and highly polished experience (except for gamepad controls, which I'll discuss later), with unlockable things to work towards and a meta called the Arcane Forge. The Forge allowed me to make use of the things I had on me when I died, the extra gold and crafting materials that in other games would normally vanish into the ether. It can build better weapons and equipment that can be carried along on runs, kind of like how '20XX' (and a great many other roguelikes, to be fair) features a larger armory of items that carry across all playthroughs; acting as a measure of progress in a game where death is so frequent. 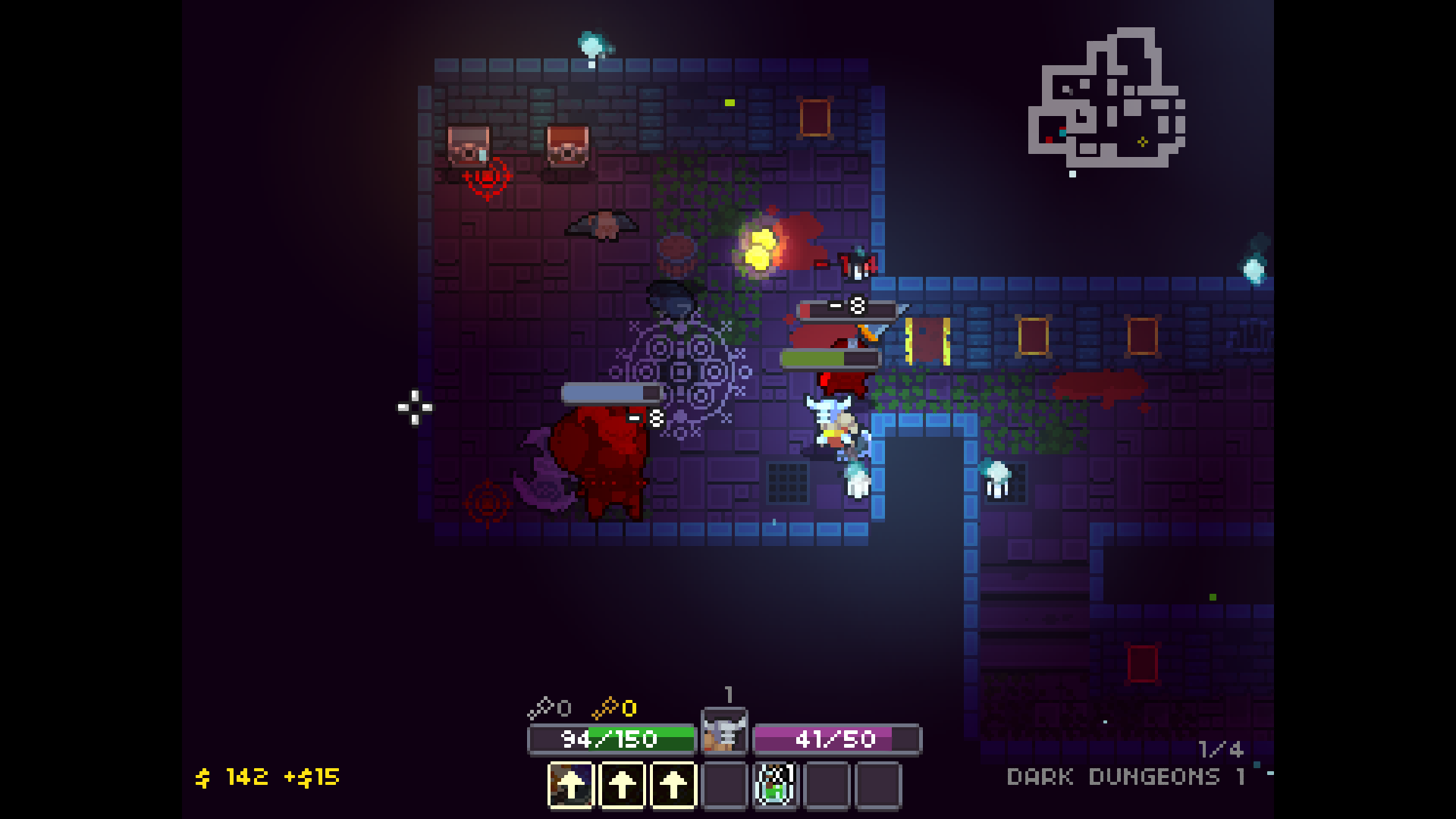 Despite its polish, there were few moments playing 'Souls' where I was like "Oh, how sweet". It was all just so familiar. In fact, after an hour or so I kind of blanked out and if you had told me I was playing 'Enter the Gungeon', 'Nuclear Throne', even 'Full Mojo Rampage', I would have nodded and gone along with it. It's perfectly adequate gameplay that any dungeon crawler junkie will enjoy, but it doesn't stand out in the genre. Saying that it's not innovative isn't completely true, but it's not completely false either. I really like how the Forge rewards my play even when I die, which respects my time more than so many games that are like "Haha that was a great time wasn't it, here's another playthrough that will be exactly the same". That's how 'Isaac' has kept my attention for so much longer than all of the others, because the insane amount of tear combinations make each playthrough unique and not just kind of different. It's the same reason 'Borderlands' and 'Diablo' are so appealing, when you can pick up a new piece of gear every few minutes that is markedly different than the last 100 pieces. 'Dungeon Souls' doesn't quite have that depth. 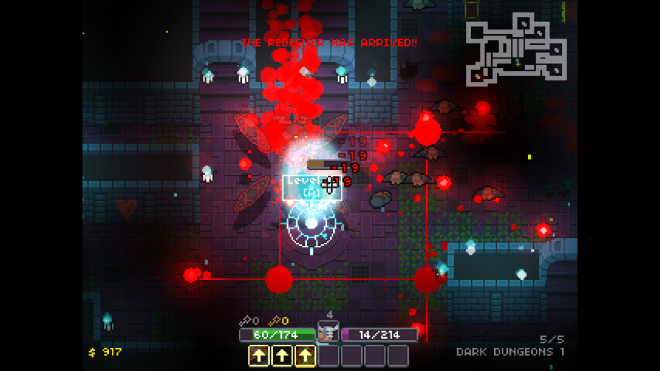 'Dungeon Souls' has a frenetic, finely crafted pixel aesthetic. The lighting is excellent, making the game a bit creepy without obscuring important details. The UI feels a bit squished together and can be difficult to navigate, either with the keyboard or a gamepad. 'Dungeon Souls' is one of the few games in recent memory that pushed me towards the keyboard instead of my usual controller preference, because the aiming with a gamepad is not accurate at all. The reticle kept rubberbanding to the cardinal directions instead of letting me fine tune the aiming myself, which grows frustrating before long. 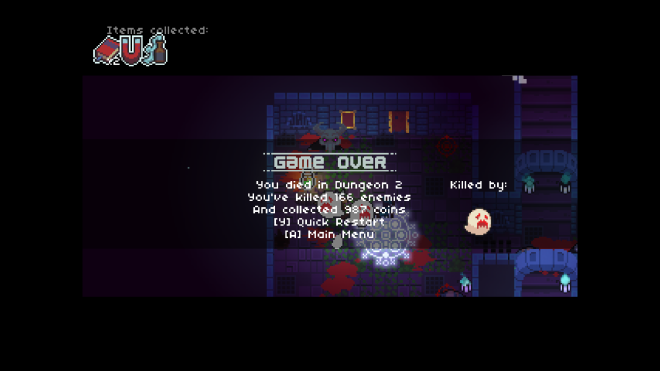 The sound effects and music are as old-school and top-notch as the pixel presentation. It is deeply nostalgic; not pushing the bounds of game technology but still very effective for what Lamina is trying to accomplish.

This is where 'Dungeon Souls' struggles the most. It wasn't able to get me hooked for run after run like many roguelikes, probably because I've done these runs so many times before in a slightly different fashion. Perhaps that seems counterintuitive in a genre that is known to be very similar in its replays, but a good dungeon crawler should be entice me to hit the restart button just one more time and it wasn't happening here. All of the pieces are in place, but perhaps it is missing a soul of its own. 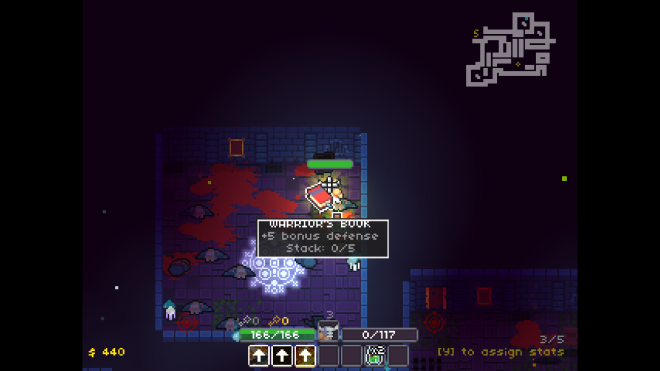 'Dungeon Souls' isn't boring, but it's tough to justify spending time with it over many of the recent dungeon crawler greats. It is a typical roguelike - fun to play for a while, and easily forgotten afterwards.