'Stardew Valley' is the work of one man, Eric Barone, also known as ConcernedApe. Inspired by farm sim franchise 'Harvest Moon', Barone developed 'Stardew Valley' for four years before a publisher found him, and the game proceeded to sell over a million copies on Steam in just a few months. It is currently available on PC, PS4, and Xbox One, with a Switch version also in development.

Having played several of the 'Harvest Moon' titles extensively as a kid, particularly 'Harvest Moon 64', I was excited to experience a modern take on it. Sure there are other farming sims, like the aptly named 'Farming Simulator' series and 'Harvest Moon' itself (although the series seems to go by the name of 'Story of Seasons' now, due to a publishing split), but I relished the opportunity to channel that childhood nostalgia. 'Stardew Valley' begins much like those old games did: the player character is a burnt-out cubicle jockey who has been willed a rickety farm by their passing grandfather, and decides to give up a life of joyless comfort in the city to make their fortunes in the country. 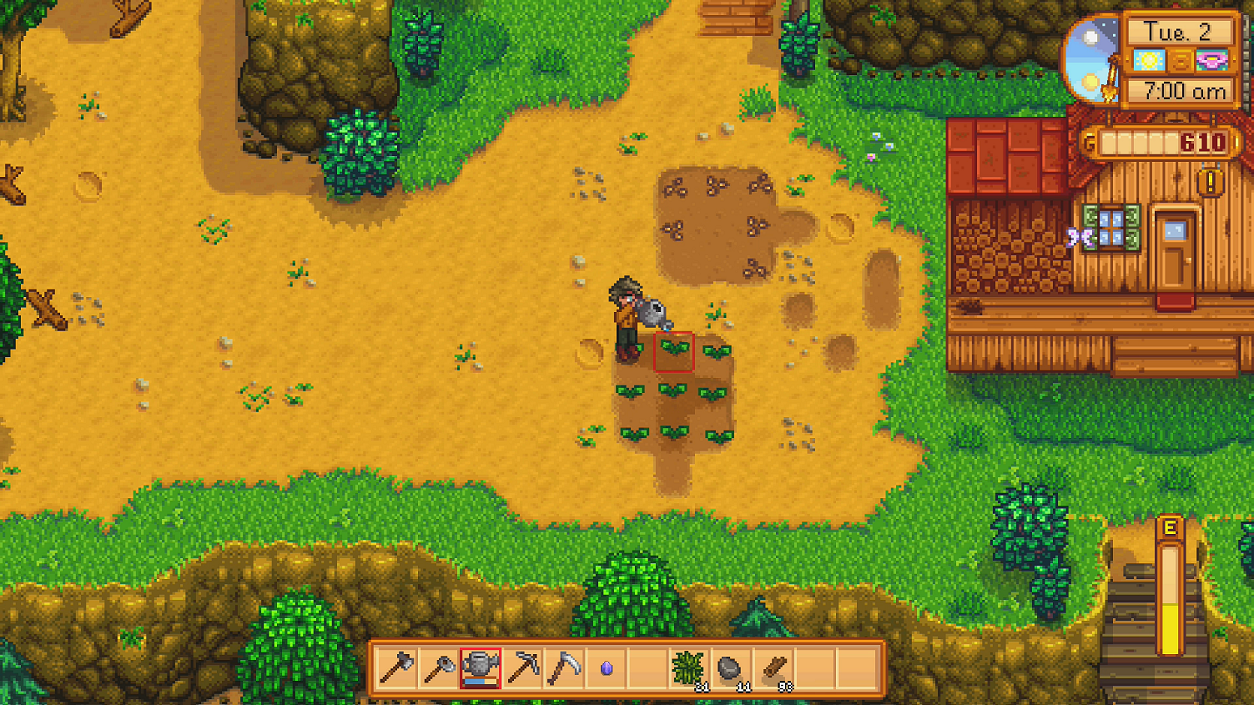 The similarities continue from there. Every day my little farmer guy wakes up, waters the crops, plants more seeds, clears out land for more planting, and does other farming things. Every night, the town mayor ships out anything I have for sale, and I use that gold to buy seeds and upgrade the farm. There are a few dozen townspeople wandering about the shops and homes, and they can be wooed with gifts for friendship or more. A couple of minigames are included, like mining and fishing. 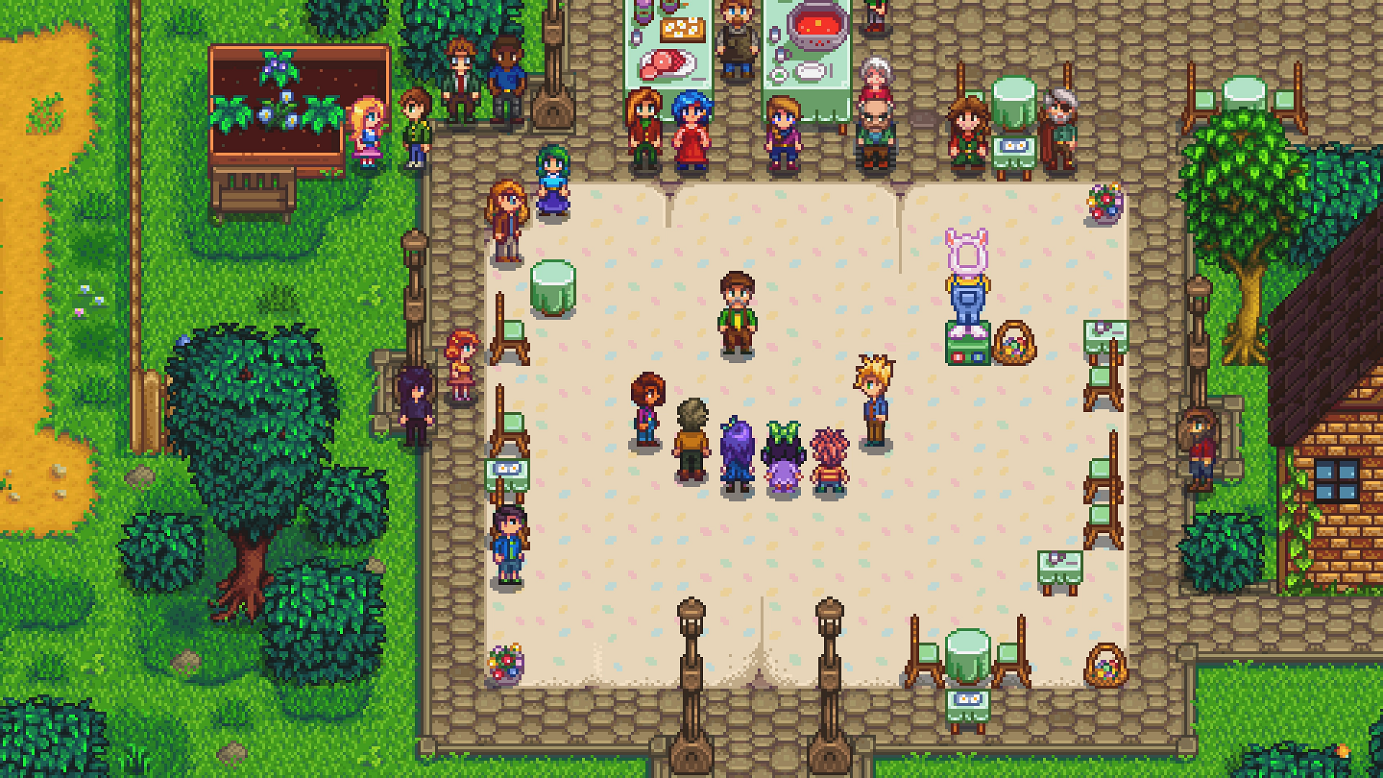 That's where the similarities end and 'Stardew' opens up into something far greater than 'Harvest Moon' was ever able to accomplish. Barone skillfully incorporates elements from genres completely different than the farming/life sim. The farmer has several abilities that level up as they are used, a mechanic borrowed from RPGs that gives a feeling of character progression and ownership. These levels include access to crafting recipes, the products of which can be placed nearly anywhere on the farm map. This gives the game a modular and bespoke quality popularized by 'Minecraft' and many, many other games.

As if that weren't enough, the sheer amount of things to do is overwhelming. There aren't enough minutes in the day to do everything, or even more than a couple of things. The huge value chain of farm products is the key to this, because they all have one thing in common: reducing the amount of time the farmer spends on them. Upgrading the tools means less swings for each job. Upgrading the watering can unlocks a sprinkler system for automatic irrigation. Getting married adds a free farmhand (free in the sense of money only - obviously it costs the carefree singlehood enjoyed by the Valley's agricultural playboy), and so on. 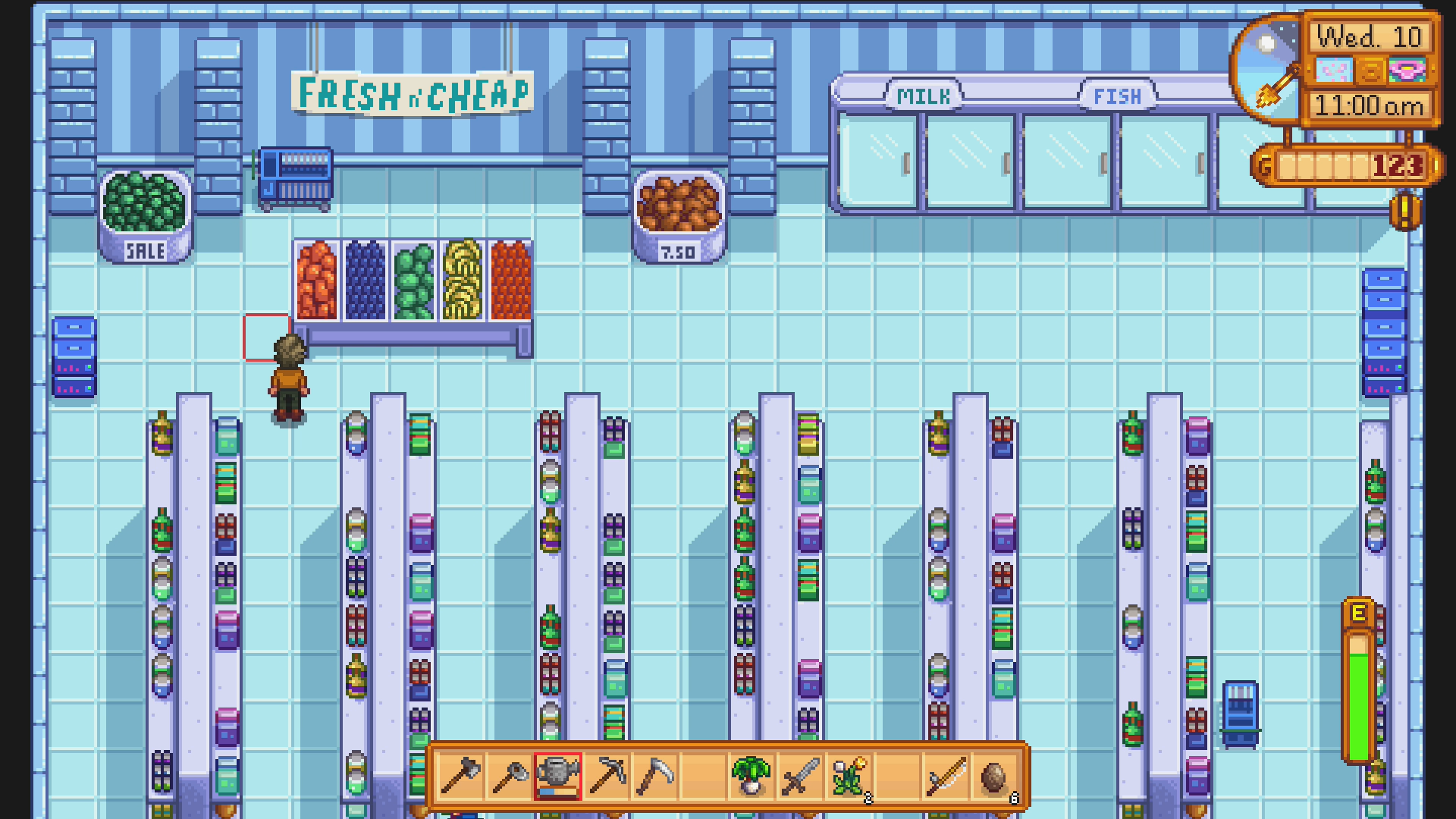 Farming is rounded out by other professions like the aforementioned mining and fishing, which open up into large skill paths of their own. Adventuring is one of these professions, where the farmer wields a sword and slashes into monsters in the mine. These activities usually offer rewards for progression in the farming career track, which is where the big money is. 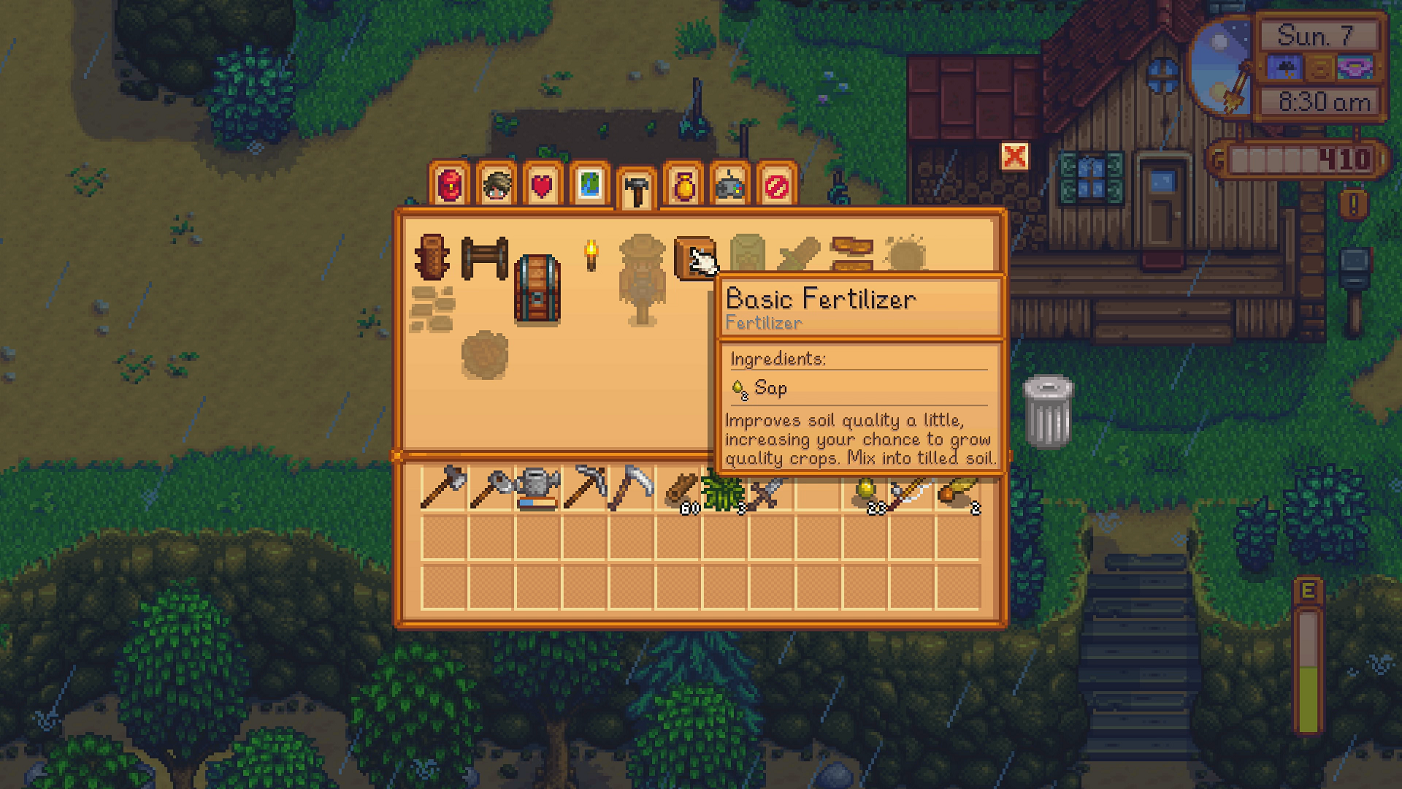 After playing 'Stardew Valley' for an inordinate amount of time, the nostalgic gameplay still brings a smile to my face. This is a deeply addictive game the way that many strategy games are, except that instead of "just one more turn" it's "just one more day". This is compounded by the save system, which only works at the beginning of each in-game morning, but the Xbox's suspend feature is a viable alternative. There is no deadline for play. Life just goes on forever in Stardew Valley at my pace, and despite feeling rushed by the time occasionally, ultimately I am setting the pace here. I am welcome to skip my agrarian commitments and just fish or mine all day, or putt about town and shop, socialize with locals, and chase after a romance candidate. New opportunities, quests, and crafting recipes constantly open up, and I'm never at a loss for new goals. 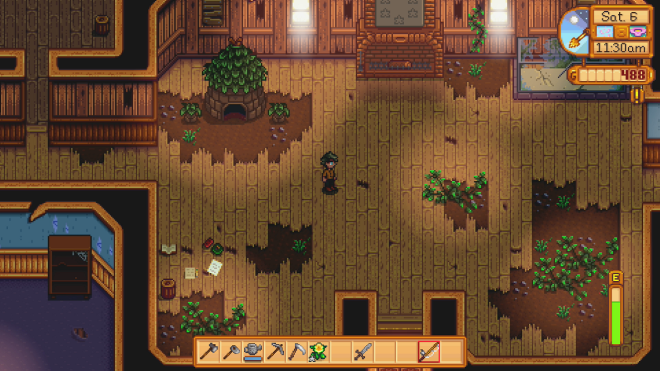 This is a pixelly game with a distinctly 'Terraria'-like aesthetic. It's also 2D and resembles the JRPGs of the 90s, like 'Final Fantasy VI' and even 'Suikoden'. There are some pretty pixels on display but a few problems crop up occasionally, like a strange lockup once or twice every in-game day that lasts for a few seconds. Also, the thumbstick is wiggly and not recommended for farming - the d-pad works much better. Still, it has made the transition to console far better than many ports, and the menus and crafting interfaces are decently optimized. 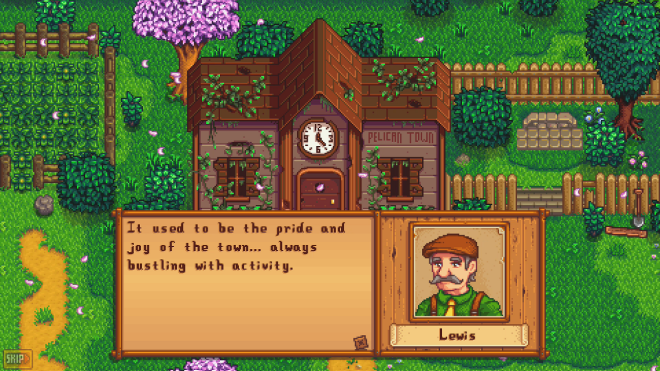 The audio is reminiscent of SNES games. The soundtrack has a lilting, pleasant simplicity that carries through each season. The sound effects are fun and whimsical. There is no voice acting, and the game is free of audio problems.

'Stardew Valley' has so many things to do and combined with the open-ended nature of the narrative, every playthrough could yield potentially hundreds of hours in search of the perfect farm. This version of 'Stardew Valley' includes the 1.1 update released for Steam in October, which added a big pile of new content like master profession bonuses, a new game plus option for the arcade game in the bar, teleportation, crop rebalancing, and a lot more. There are 5 maps available at the beginning of the game, which place certain resources (like the forest) closer to the player's farm depending on preference.

'Stardew Valley' takes its inspirations and runs away with them into not just an amazing game, but undoubtedly one of the best of the year. There is no shortage of engrossing gameplay, and it has an adorable personality. The Xbox One version has been ported over with very few issues and I see myself emerging only grudgingly from my farm work over the holiday season.