The Game Itself
5 Stars
The Video: Sizing Up the Picture
4 Stars
The Audio: Rating the Sound
4.5 Stars
Replay Factor
1.5 Stars
Bottom Line
Must Own

I Expect You To Die (PS VR)

One of the early Oculus Rift highlights was a 2015 prototype for an escape room title called 'I Expect You To Die.' The virtual reality title allowed players to live out their fantasy of being a secret agent, and tasked them with getting an experimental car out of a plane. Now, over a year later, 'I Expect You To Die' has finished development and Schell Games' anticipated puzzle game is available for both the Oculus Rift and PlayStation VR.

A first impression goes a long way, and 'I Expect You To Die' knows how to make a grand entrance. Schell Games' virtual reality puzzle title opens with an interactive 'Bond' title sequence that manages to set the tone that the player is experiencing something special. Accompanied by a fabulous theme song and stylized visuals of giant drills & dangerous sharks, it's one of the most impressive opening credits that I've ever seen in a game.

That's a lot of momentum straight off the bat, but thankfully Schell Games is able to carry it onto the first mission after a humor-filled tutorial where it teaches the player how to interact with the environment. Players can either use the DualShock 4 to interact with objects (using the left analog stick to aim a cursor around and using the right analog stick to move its depth) or use two PlayStation Move controllers in order to simulate hands. The latter is much more natural feeling, as it mirrors how other virtual reality games like 'Job Simulator control, and is how I played through the game. 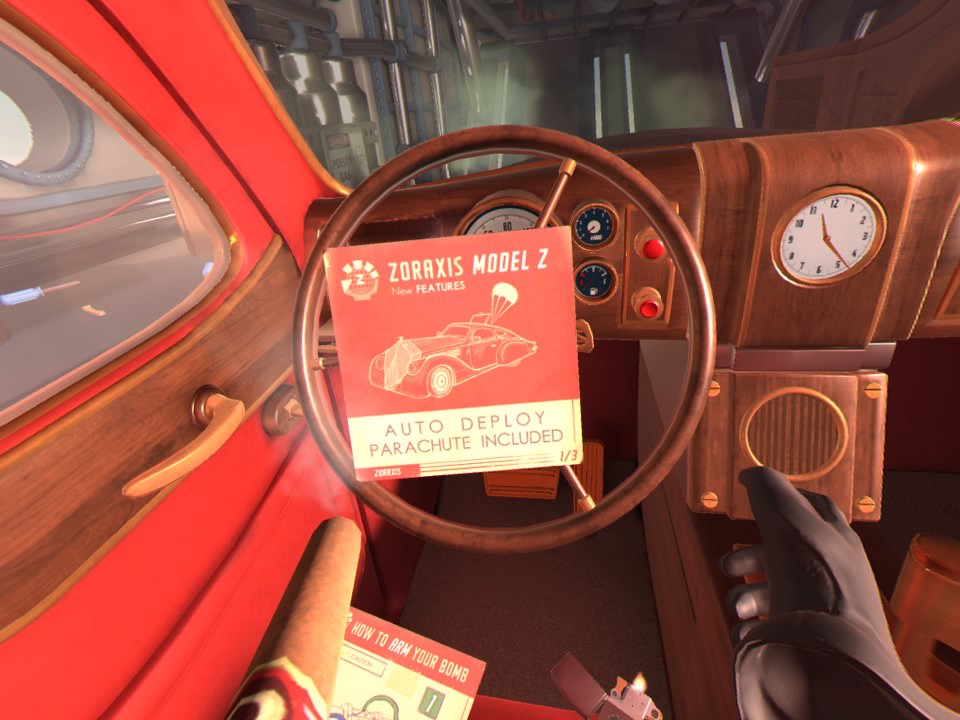 After getting a debriefing, I was ready for my first mission. Well, at least I thought I was. 'I Expect You To Die' really throws the player into the fire as I found myself locked inside a car, and had to somehow get it out of a plane (thankfully there was a parachute in the trunk, so the car would ideally land safely once I drove off into the open air). My first try at the mission didn't last long as I lit a cigar I found, accidentally burned an important sheet of instructions when I held it to my face in order to read it, and then eventually died from gas poisoning after I broke the car's window. Whoops.

'I Expect You To Die' isn't just a brilliantly catchy title, it also perfectly describes the gameplay loop. Each of the game's four missions are filled with different traps and have dozens of potential accidents that are waiting to happen. I died dozens of times throughout the game, but I always learned a lesson from each death. I found it to be incredibly rewarding to learn from my mistakes, and then overcome a puzzle with all the knowledge I had gained after so much trial-and-error. 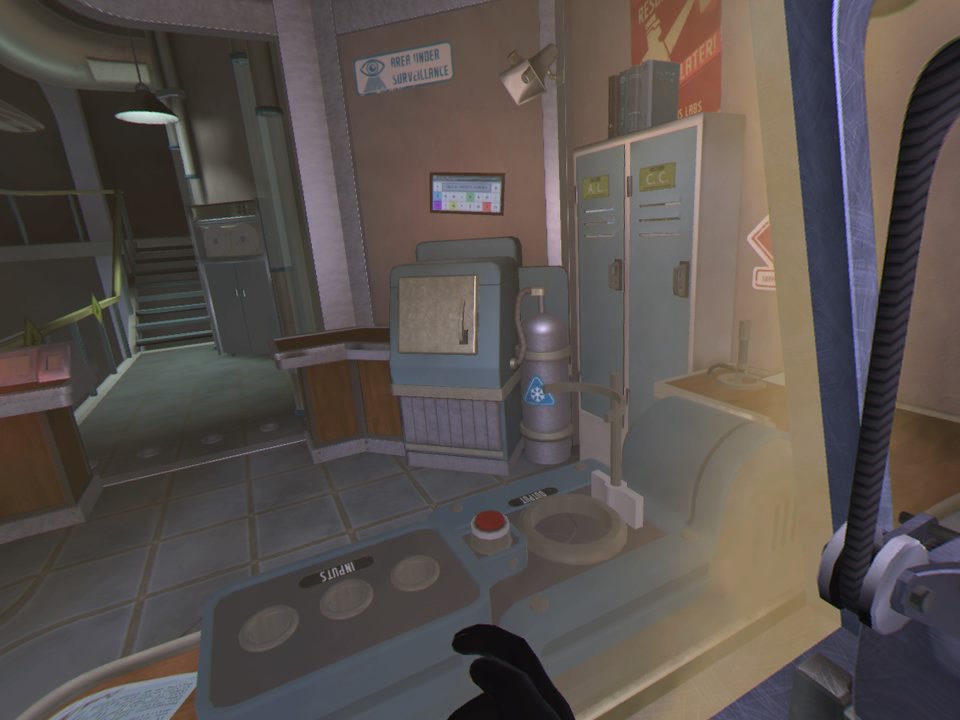 That's not to say the game is unfairly difficult, as players who are more patient and smarter than I am can beat these levels on their first time. All the information the player needs is always available, it's just that it needs to be found. For example, inside the first level I was eventually tasked with cutting wires on an armed bomb. I ended up causing the bomb to explode several times, but that was due to me not following the instructions accurately (I was cutting in the order the bomb was armed, when I had to do the opposite).

It took me well over twenty minutes until I finally figured out the right method to escape the plane, but my final run was only about three minutes long. For as complicated as the puzzles may seem upon starting the level, the solution can always be done rather quickly once it's figured out. These moments where everything started to click and I was able to execute on my super-spy plan were some of the most fun I've ever had in virtual reality. 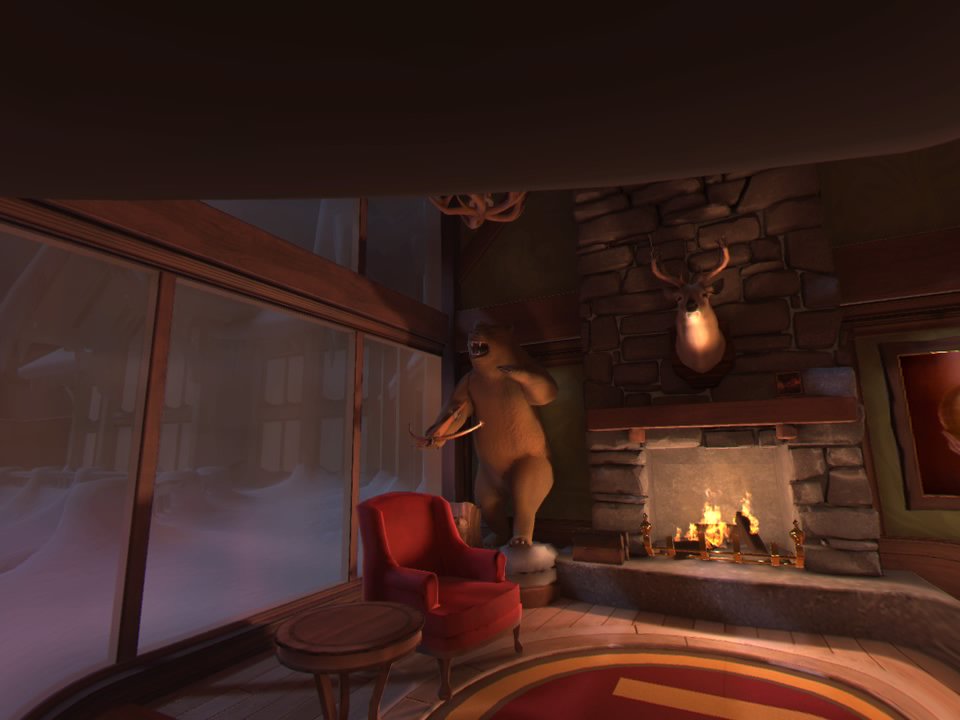 The elephant in the room (or more accurately the stuffed bear with a crossbow in this case) is that 'I Expect You To Die' only contains four of these escape room scenarios. That's not a lot. While all four are very different from each other and are equally entertaining, the game just feels like it could've been fleshed out a bit more. Especially when the introductory cutscene shows off death traps that aren't in the game, and the vocalist sings about spy tropes that don't really show up.

Despite the issue of length, 'I Expect You To Die' offered up the most fun I've had in PlayStation VR. It gives the player all of the freedom to experiment with objects as if they were goofing around in 'Job Simulator,' yet also includes a very structured campaign that requires wit to proceed. It's an experience that is enhanced so much by virtual reality and motion controls, as just simply grabbing a fedora and putting it on my virtual head made me laugh. Everything is interactive (and can most likely be set on fire), and it's one of the most polished games I've played this year. 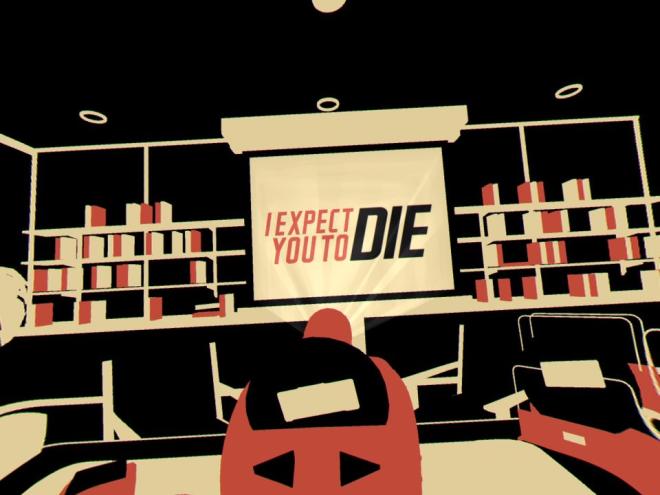 The opening credits of 'I Expect You To Die' features an extremely stylized look that is reminiscent of a 'Bond' film opening. Sadly, that awesome art style isn't present in the actual game, as the game opts for a more realistic look (although one that is pretty cartoonish). This look is fine, and is probably better from a gameplay point-of-view since objects are instantly recognizable in the environment. Either way, there's a lot of polish that went into making the environments highly detailed (from fake books to handwritten notes), and the game is great to look at. 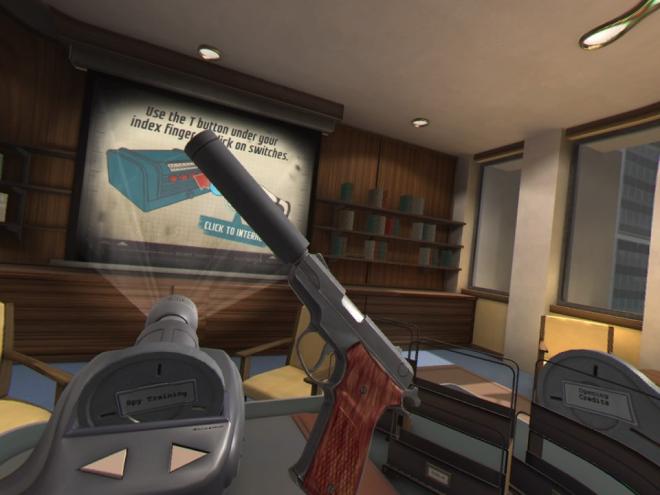 'I Expect You To Die' opens with an amazing original song that has a female vocalist singing about various death traps the player will face off against (such as a "a lake filled with acid"), and how they expect them to die. It sets the mood perfectly for the game, and audio is one of the many areas where Schell Games' puzzle game shines. The voice acting is strong as well, as there's an agent (who is voiced by Jared Mason) that gives the player overviews before missions, and occasionally gives them tips when stuck. Mason's lines and delivery are hilarious, and the game's sense of dark humor makes the trial-and-error nature of the gameplay much more bearable.

The biggest complaint with 'I Expect You To Die' is that it's over after just a few hours. In fact, once players are familiar with the game's four missions, they can run through them in a half-hour. There are some reasons to go back in after players complete the game, as there are optional objectives called souvenirs that can be fulfilled for trophies. While that's a nice bonus (and a good reason to experiment in the different environments), it's still a very linear title that loses a lot of the appeal after the puzzles are solved. 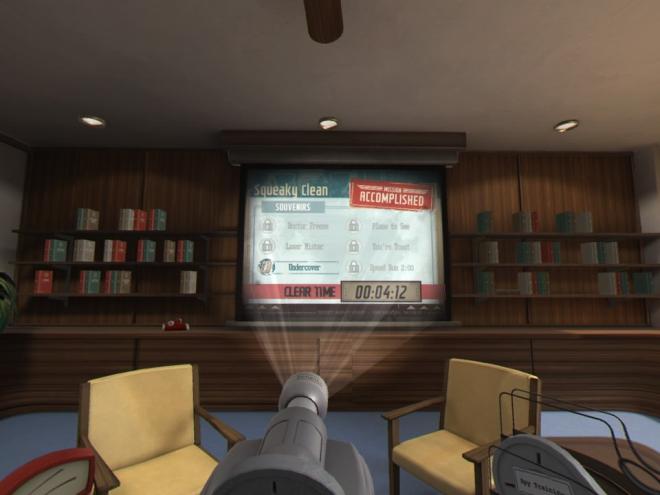 'I Expect You To Die' is a must-have puzzle game for PlayStation VR owners. It's one of the most polished titles available for the headset, and really shows how the medium can open up new ideas for developers. It takes the light-hearted interactions that made 'Job Simulator' a blast to play, but gives the player a greater purpose by having them solve brilliantly crafted puzzles. The only disappointment is that the experience ends a bit too quickly, but thankfully it looks like more is on the way (either in the form of a sequel or DLC) if the game's credits are to be believed.