The Game Itself
4 Stars
The Video: Sizing Up the Picture
3.5 Stars
The Audio: Rating the Sound
4.5 Stars
Replay Factor
5 Stars
Bottom Line
Recommended

In 2026 AD, tectonic disturbances caused mass destruction around the world. Continued seismic activity gave way to a massive spire that seems to constantly grow and shift. Known as the Tower of Barbs, rumors spread that the top floor of the tower holds untold riches, luring in thousands who will fight and kill to reach its summit. Can you succeed where countless others have failed, and conquer the Tower of Barbs?

I have a longstanding respect for the works of Grasshopper Manufacture, a studio that specializes in games that carry punk aesthetics and at times baffling design sensibilities. Even at their worst, their works carry surprising intelligence under their often crude surfaces. That said, I hesitate to say they've ever been particularly good when it comes to gameplay, and even my favorite title of theirs 'No More Heroes' was bogged down by extremely basic combat mechanics and one of the (possibly intentionally, depending on who you ask) dullest open-worlds in gaming. I was worried then, that being purchased by GungHo, a publisher almost entirely known for free to play mobile games, would lead to Grasshopper's work feeling sanitized in an attempt to reach a wider audience. What a pleasure it's been to discover that 'Let it Die' is not only one of their strangest games to date, but possibly their best in several ways, even with some major caveats. 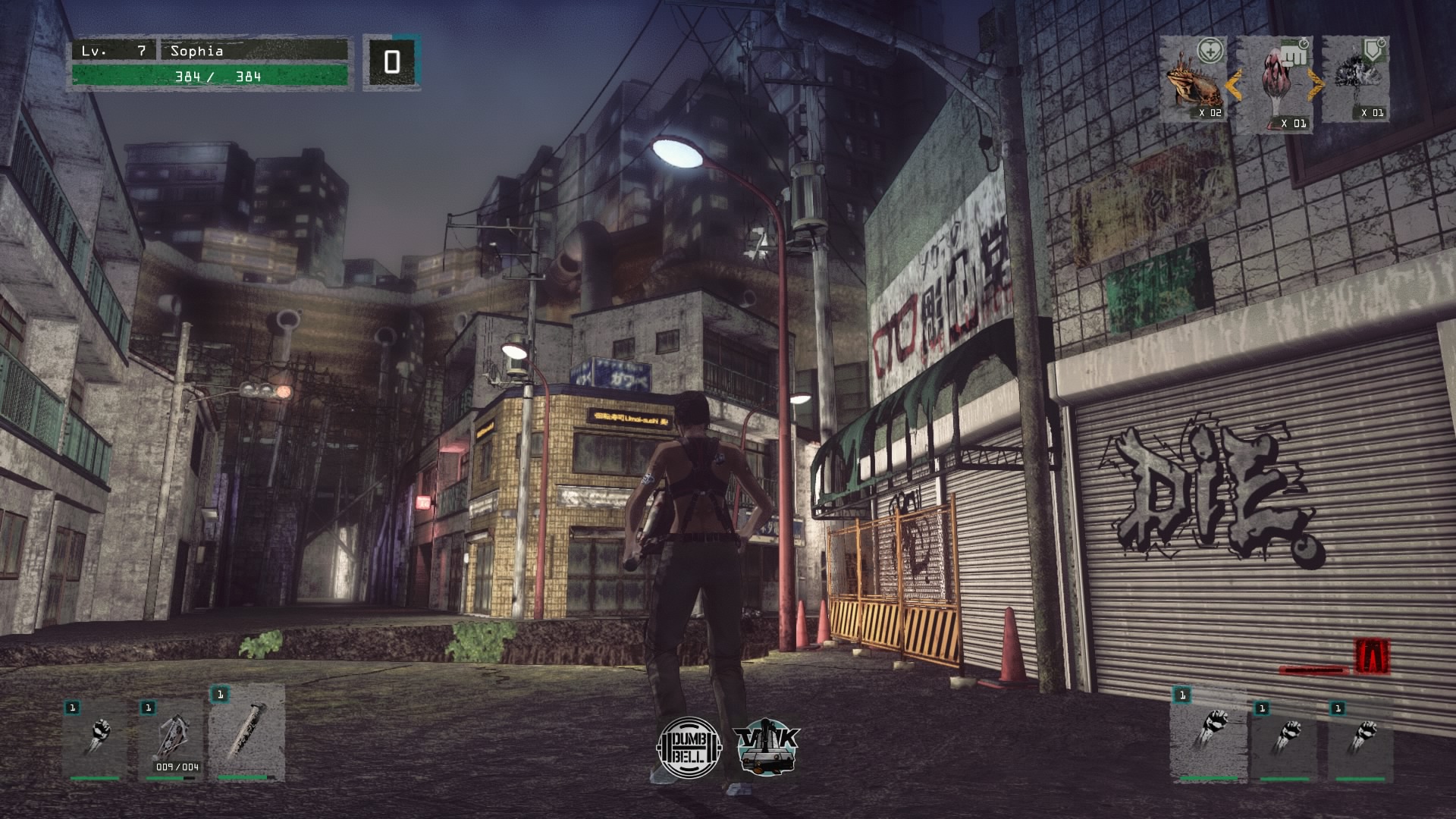 'Let it Die' is ostensibly about trying to climb the mysterious and deadly Tower of Barbs in order to claim a treasure that supposedly lies on its highest floor. From a home base at the bottom floor of the tower, players are assisted by a group of bizarre characters such as a skateboarding grim reaper called Uncle Death, a strange mushroom-obsessed woman, and an insurance agent who can, for a small fee, bring the player back to life whenever they are killed. Unlike the majority of Grasshopper's output, storytelling isn't really the focus here. That said, the cutscenes and dialogue that are here are genuinely very fun, backed by stylish direction and terrific voicework, and it did make my trip up the tower far more compelling. Mechanically, 'Let it Die' is heavily inspired by 'Dark Souls', with combat that relies more on timing and dodges than raw aggression. Characters can wield a weapon in each hand or a single two-handed weapon that's capable of a basic attack combo, with each subsequent hit in a chain dealing more damage. Everything players do is governed by a stamina system, and while 'Let it Die' is fairly fast-paced during its fights, it never allows characters to be particularly reckless. Combat isn't as complex as that in 'Dark Souls', but there's still a surprising amount of depth that gradually reveals itself as players level up their skill with each weapon type and unlock new attacks and upgrades, and the weapons themselves feel incredibly unique, ranging from simple baseball bats, to handguns and buzzsaws that all handle completely differently from one another. While combat is extremely satisfying against the game's regular enemies, the bosses were always a big stumbling block, never feeling terribly complex or interesting. Most of the bosses die quickly, but can easily knock off a ton of the player's health in a single hit, making things feel surprisingly unfair at times. There were also a handful of moments where multiple enemies would gang up on me and trap me in a corner, leaving me unable to fight back. These moments are fairly infrequent, but given how the game handles death (more on that later), it stung quite a bit. 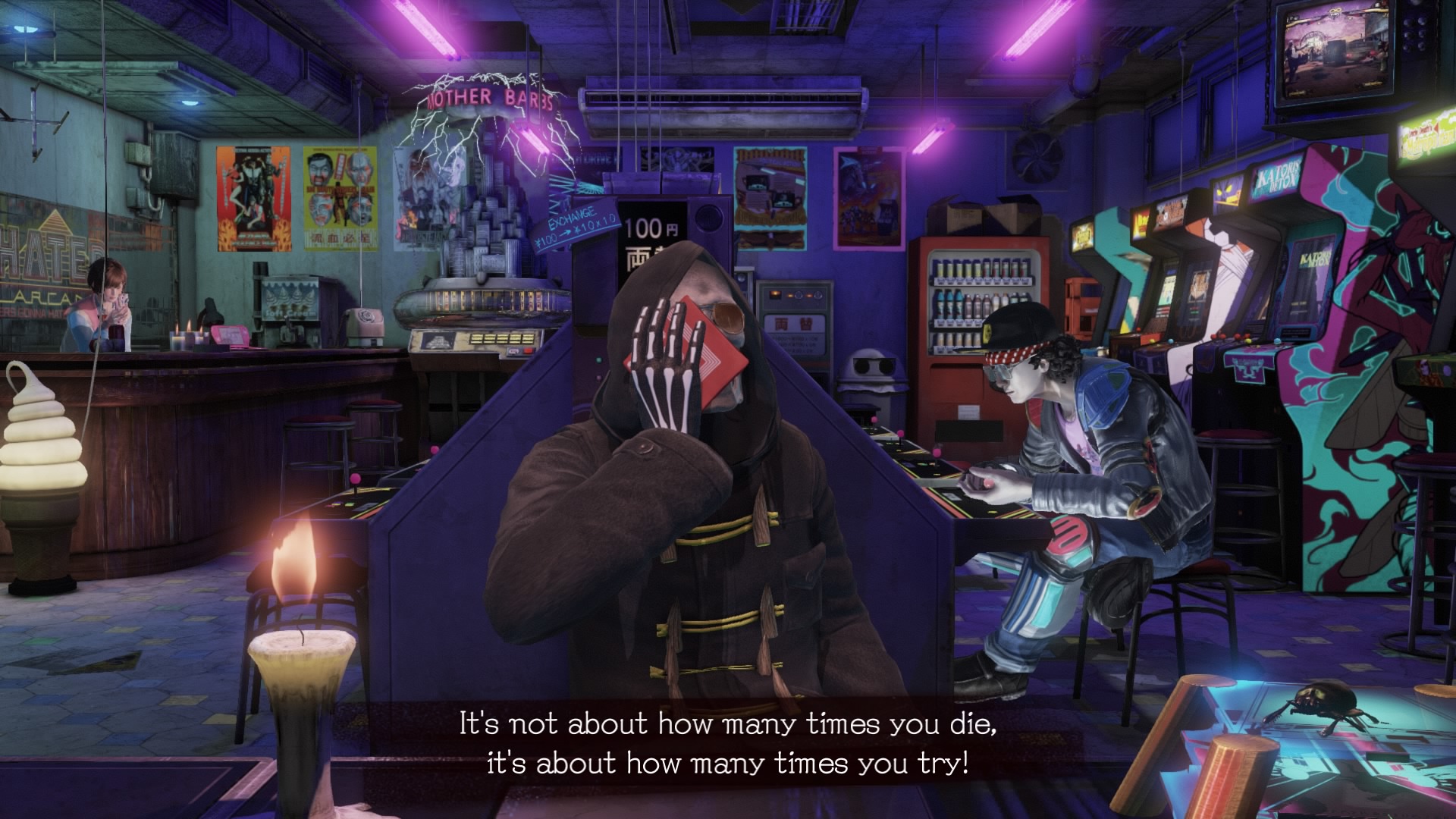 The game relies heavily on players scrounging for supplies, with every weapon and piece of armor breaking after just a few uses. This stops players from becoming comfortable with any one bit of equipment, and forces both preparation for any challenges that may lie ahead and quick thinking in case things go awry, but with each character having extremely limited inventory space, the game demands that players are careful in choosing what to take with them. Being able to take materials and blueprints back to base is extremely useful, but it'll leave players with far less space for healing items and weapons, making things more difficult in the short term. These restrictions could have easily been frustrating, but it just served to make my game more tense.

As Grasshopper's first free to play game, it's surprising to see just how fairly the game handles its microtransactions. Every time a player dies, they can pay a Death Metal (the game's premium currency) to be revived on the spot. If they don't pay, the character they were using becomes a hater, an extremely powerful enemy with AI based on the user's playstyle, and must be killed using another character in order to get them back, or they can simply be bought back using the game's standard currency that can be found anywhere, though the cost is pretty hefty. I really like this system for the most part, as it's never impossible to get a character back once they've died even without paying a cent. Death Metals can also be used to expand item storage at the player's home base, and Express Passes can also be bought, giving players benefits for a month like expanded character inventories and decals, permanent accessories that provide passive buffs to the player. The death system can occasionally become an annoyance, particularly when I died during bossfights, but it's a smart way to handle F2P on consoles, and I never once felt pressured to pay for anything, or that I was at a disadvantage for not making use of the microtransactions. The game also regularly hands Death Metals and Express Passes to players as part of daily login bonuses or for completing sidequests in the game, which made me feel far better about the game's payment systems. 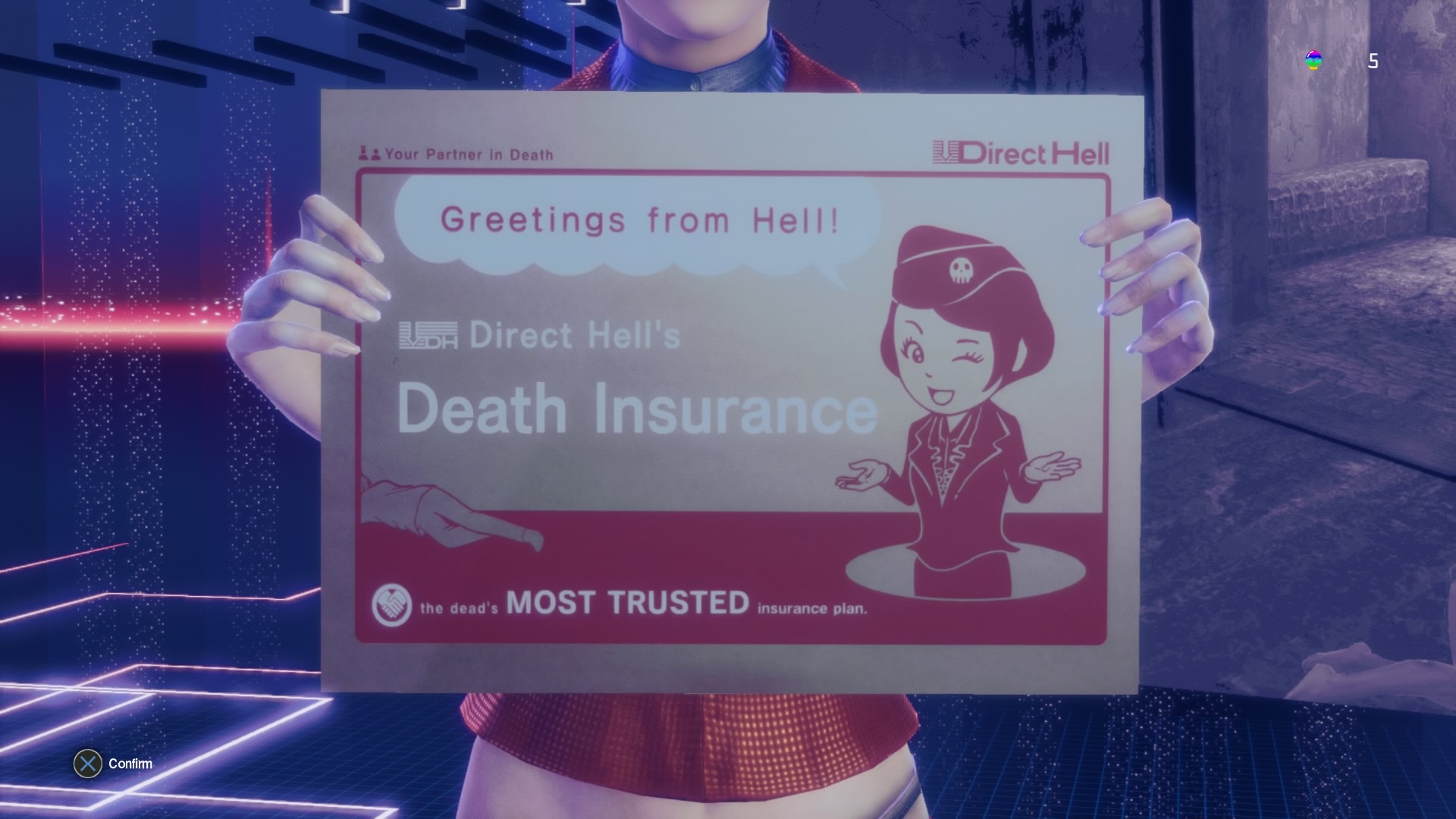 Strangely, the F2P aspects only really bothered me when it became clear that the game was working to extend its length. There's a ton of content within the game, with 40 major floors to explore so far (though the game will be adding more over time) as well as plenty of side areas and optional quests, so the game's attempts at playing for time felt completely needless. At the start of the game, players can only make a standard character with a low level cap, but as they get further in, they can unlock new character classes such as melee attackers, defense specialist, and even just characters that can carry more. The game doesn’t simply allow for changing the class of an existing character, instead forcing the player to make an entirely new character and raise them up from level 1. Additionally, every time the game raises the level cap, it also demands that players start from scratch on a higher ranked character who can surpass the previous cap. It's a silly system that adds nothing to the game.

There's an online component where players can join factions around the world and raid other players bases to get money, materials, and even other characters, but it never felt like a terribly compelling aspect of the game, and only served to frustrate me every time I learned that my base had been attacked and I'd lost much of my money. The idea is fun, and I really love the global war aspect of it all, but it's a strange way to work in multiplayer when it often feels like a simple co-op or PVP mode would have served the game better. It doesn't really drag anything down, but I hope the idea gets expanded upon heavily in the future. 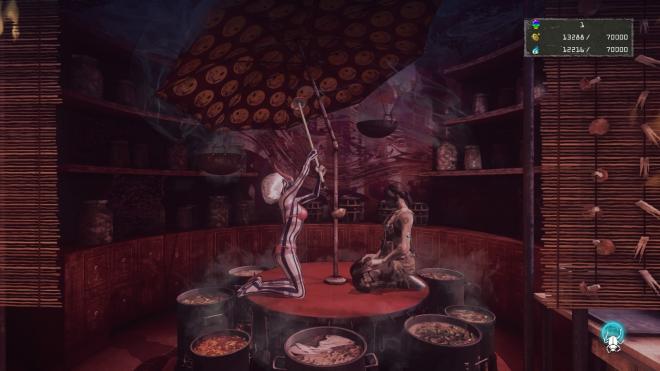 While it's nothing terribly impressive on a technical level, the punk aesthetics and terrific sense of style help the game stand out a great deal, with plenty of little visual flourishes that gives everything a lot of personality. Character designs are largely absurd, but they're always memorable and fun. Unfortunately, most of the game's environments are standard apocalyptic fare, which can definitely grow repetitive over time. 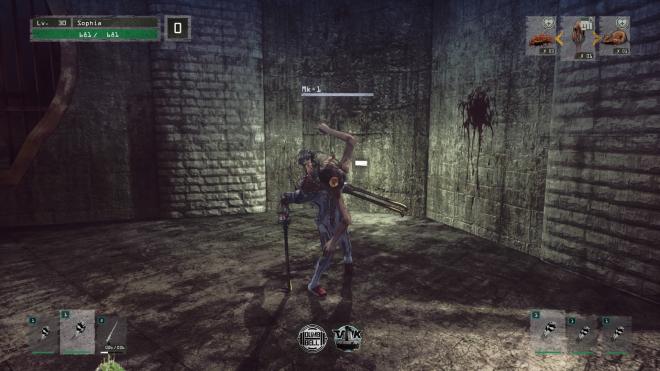 The voice work here is terrific across the board, with a cast including actors like Mark Hamill, Billy Dee Williams, Daveigh Chase, and Verne Troyer. Everyone puts in really great performances, making each character really fun to interact with. Akira Yamaoka's score is often surreal, but boasts plenty of excellent tracks, and the game features over 100 songs from different indie bands. Sound design is also lovely, making every attack feel a great deal more satisfying, and making the Tower of Barbs wonderfully oppressive.

'Let it Die' is stuffed full of things to do, with its F2P structure essentially encouraging players to just keep going with it forever if they really want to. It could easily take over 50 hours just to rush through to the end, and countless hours more for anyone who dives deep into what the game has to offer. With the promise of huge content updates and patches coming in future, 'Let it Die' is nearly endless. 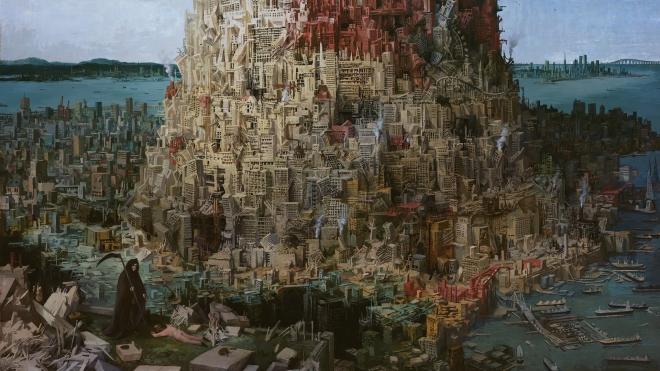 Boasting some of the most compelling mechanics in a Grasshopper game to date and a terrific sense of style, 'Let it Die' is often a great time, and easily one of my favorite F2P games on consoles. The game is held back somewhat by occasionally wonky difficulty that feels particularly punishing given the game's death system, and it often feels padded with systems that drag things down in the name of length, but overall, I've been having a wonderful time with 'Let it Die', and I look forward to diving into it for weeks to come.