The Game Itself
4 Stars
The Video: Sizing Up the Picture
4.5 Stars
The Audio: Rating the Sound
5 Stars
Replay Factor
3 Stars
Bottom Line
Recommended

'The Last Guardian' is the third title to be directed and designed by Fumito Ueda, who previously worked on 'Ico' and 'Shadow of the Colossus.' It's been a long time coming, as its troubled development has delayed it several times since it was initially announced in 2009. It looks to blend the friendship elements from 'Ico,' as players are paired with a giant mythological creature named Trico with the grand scale and climbing action from 'Shadow of the Colossus.'

'The Last Guardian' features the most impressive feat I've ever experienced in gaming. The adventure title revolves around interacting with Trico, a griffin-like creature that has the head of a dog, and exploring an area that the player, a small boy, wakes up in. What's groundbreaking here is that Trico never feels like a video game character, rather he interacts as a wild animal would be expected to.

From both an animation and programming standpoint, it's phenomenal. From watching Trico barely squeeze his way through tight areas to seeing him playfully interact with a large bell as if he was a puppy, the game constantly finds new ways to develop the player's companion as a character. This growth impacts the gameplay as well, as Trico begins weary of the player and a trust has to be earned over time. This manifests in the animal failing to listen at first, and then eventually acting as a true tandem to overcome the dangerous world they've been left in. 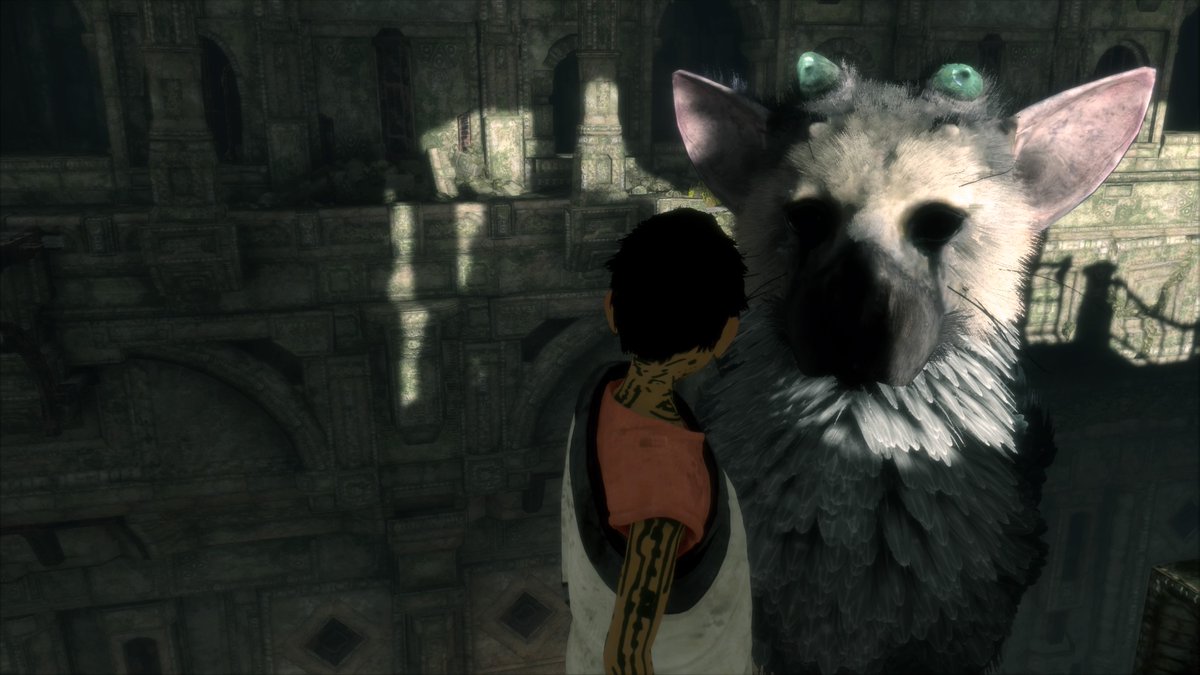 Trico may feel like a landmark moment for gaming, but that sadly can't be said for every part of 'The Last Guardian.' Actually controlling the boy feels rough, as the platforming can feel extremely stiff and wooden. This makes accomplishing some of the huge jumps that the game requires difficult, and I fell to my death so many times that I grew all too familiar with the game's loading screen that forces the player to mash on the controller's buttons in order to revive.

These moments are a definitive bummer, as they constantly rear its ugly head throughout the entire experience. There's no learning period with the controls, as I had just as many problems with these small movements at the end of my journey as I did in the beginning. It's a shame since it gets in the way of really cherishing some special scenes. Not enough to derail the entire experience, but it does tarnish what should be some incredible action sequences that has the player jumping across falling pillars and climbing incredible structures thousands of feet above the ground. 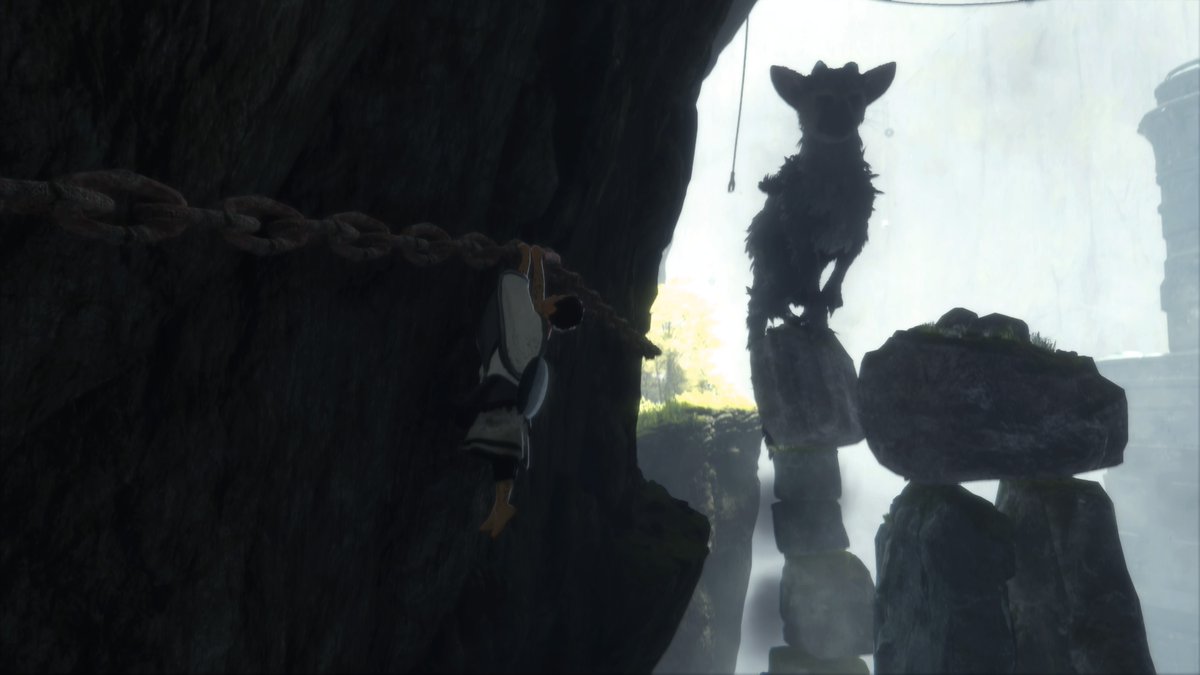 'The Last Guardian's biggest strength is when it relies on the player interacting with Trico. The puzzle design is always at its best when it requires both the beautiful animal and the boy to work together as a team. Players are able to communicate by gesturing to the creature, much like they would a real dog. Trico learns to jump on command by having the player actually jump in the air, and similar actions are done the same way. The creature doesn't always listen perfectly, which will certainly prove to be a sore spot for some, but it only enhanced the experience for me. As an animal owner, it felt much more natural to see Trico deny instruction when first starting out and then naturally progress to where he trusted me enough to do what I commanded.

The issue is that 'The Last Guardian' doesn't always teach the player the lessons they need in order to properly instruct Trico around. For example, very late in the game I got stuck in an area for about 20 minutes trying to get Trico to perform the longest jump I had seen in the game. I eventually thought I was just going the wrong way, until I figured backtracking wasn't the right answer since the game never had me do that before. I actually had the right idea as Trico needed to jump that gap, but I was giving the creature the wrong commands. I actually had to run on his back to instruct him to get a running start, and then jump. Thus it seemed like Trico wasn't listening, but in reality it was on me for not properly instructing the adorable creature. 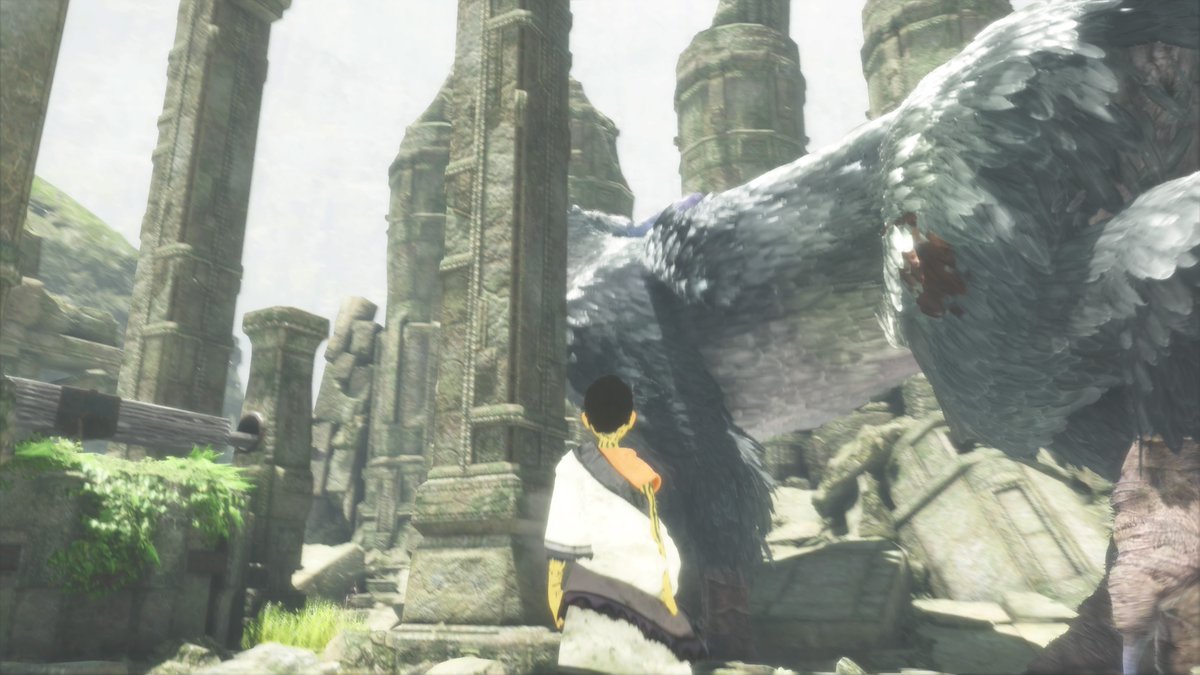 These sort of small moments of frustration are a constant occurrence in what is otherwise a thrilling and beautiful adventure. I found myself cursing the game's name at one point due to a terrible segment where I had to toss barrels up on several platforms, yet if it landed the wrong way it could fall back onto the floor and force me to restart completely. This took about 15 minutes to complete, and it almost made me want to stop playing for the day. Thankfully, I carried on and the game delivered some truly spectacular moments shortly afterwards. These rough spots are always worth powering through, as the reward is spectacular.

Past games directed by Ueda have also had similar mechanical shortcomings, and enjoyment will largely come down to how much the player grows attached to Trico and if they are willing to sit through some frustrating sections to see something truly special. 'The Last Guardian' hits some tremendous high notes during its 12-hour story, and it's something that I was so glad to have played by the time it wrapped up despite its many flaws. 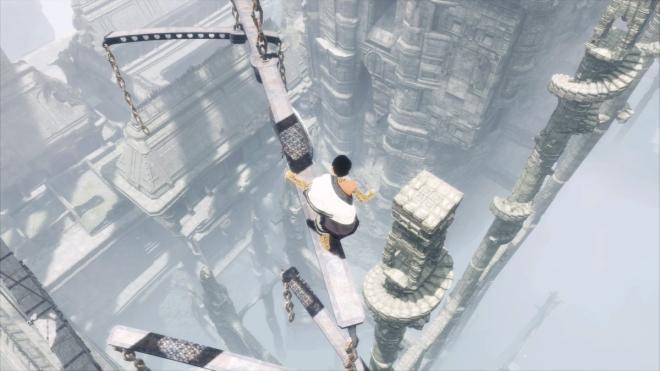 'The Last Guardian,' for the most part, isn't a technical achievement visually. Aside from the tremendous animation work, the game won't impress with a staggering amount of detail like 'Uncharted 4.' Where it does shine is in its art design, which is consistently impressive, and had me constantly using the DualShock 4's Share button in order to document the sights I had seen. Some signs of age do show up, such as visual pop-in and some ugly textures, but for the most part it's a sight to behold. 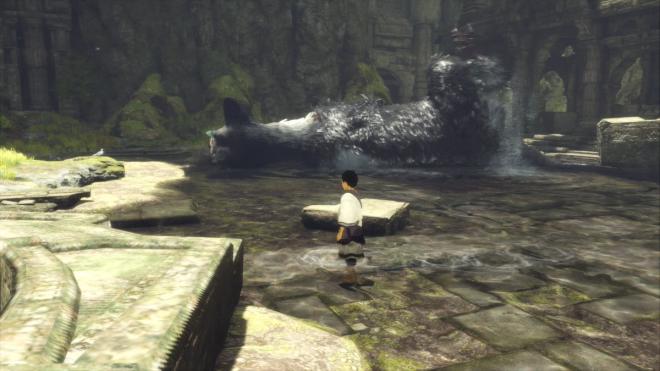 'Star Wars: The Clone Wars' orchestrator and composer Takeshi Furukawa scores 'The Last Guardian' and the soundtrack provides the perfect accompaniment to what ends up being an emotional trek through some incredible sights. Fights, which are almost entirely fought by Trico as the player only has to lead enemies to the beast, are made more intense by energetic songs, while slower music accompanies the more meaningful story beats. It seems like Furukawa always knows the perfect melody to enhance the experience, and does it throughout. On top of the fantastic soundtrack is some top-notch sound design that brings Trico, and the game's other creatures, to life.

'The Last Guardian' isn't something I'll personally replay right away, as I feel like I need time in order to take in its full impact, but it's certainly something I'll come back to once a year or so. It's such an accomplishment, and so unique when compared to other major first-party games, that nothing else can really scratch the itch that it serves. There are some good reasons to come back, as additional costumes can be equipped for the boy (including ones based upon past Team Ico titles) as a reward for returning players. 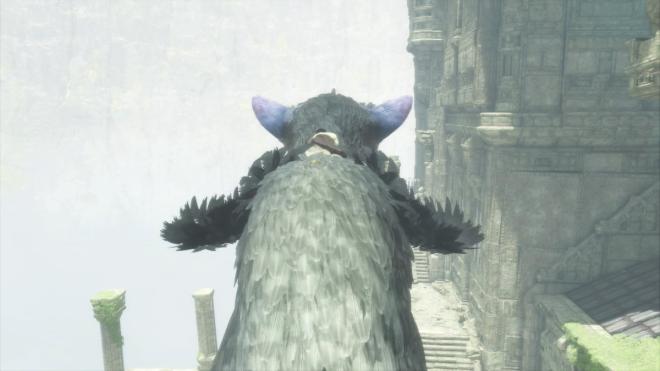 'The Last Guardian' is filled with bouts of frustration, but it's also proof that gaming is the most powerful medium for creators. I got to experience a genuine bond with Trico over the course of the game, and that can't be replicated elsewhere as it's dependent on actual interaction. Ueda's third title as a director is filled with flaws and some straight-up bad design in spots, but it manages to overcome its shortcomings to be something truly special.