343 Industries, a subsidiary of Microsoft, was given control over the 'Halo' franchise in 2012. They took over the reigns from Bungie, who had separated from Microsoft after 'Reach' and went their separate way to release 'Destiny'. As custodians of 'Halo', 343 has released several games, most notably 'Halo 4' in 2012 that received strong reviews. 'Halo 5: Guardians' is the first original game in the series for the Xbox One, following the 'Spartan Assault' mobile port and the 'Master Chief Collection' compilation.

'Halo 5' uses a split perspective in its campaign narrative. Part of the story is experienced in the boots of the Master Chief, now leading a team consisting of some of the last remaining Spartan-II supersoldiers. At the beginning of the story, Chief is still aligned with the human military, at least philosophically. The rest of the campaign is experienced from the point of view of Locke, a Spartan-IV who leads the Osiris fireteam, which also includes Buck from 'Halo: ODST'. 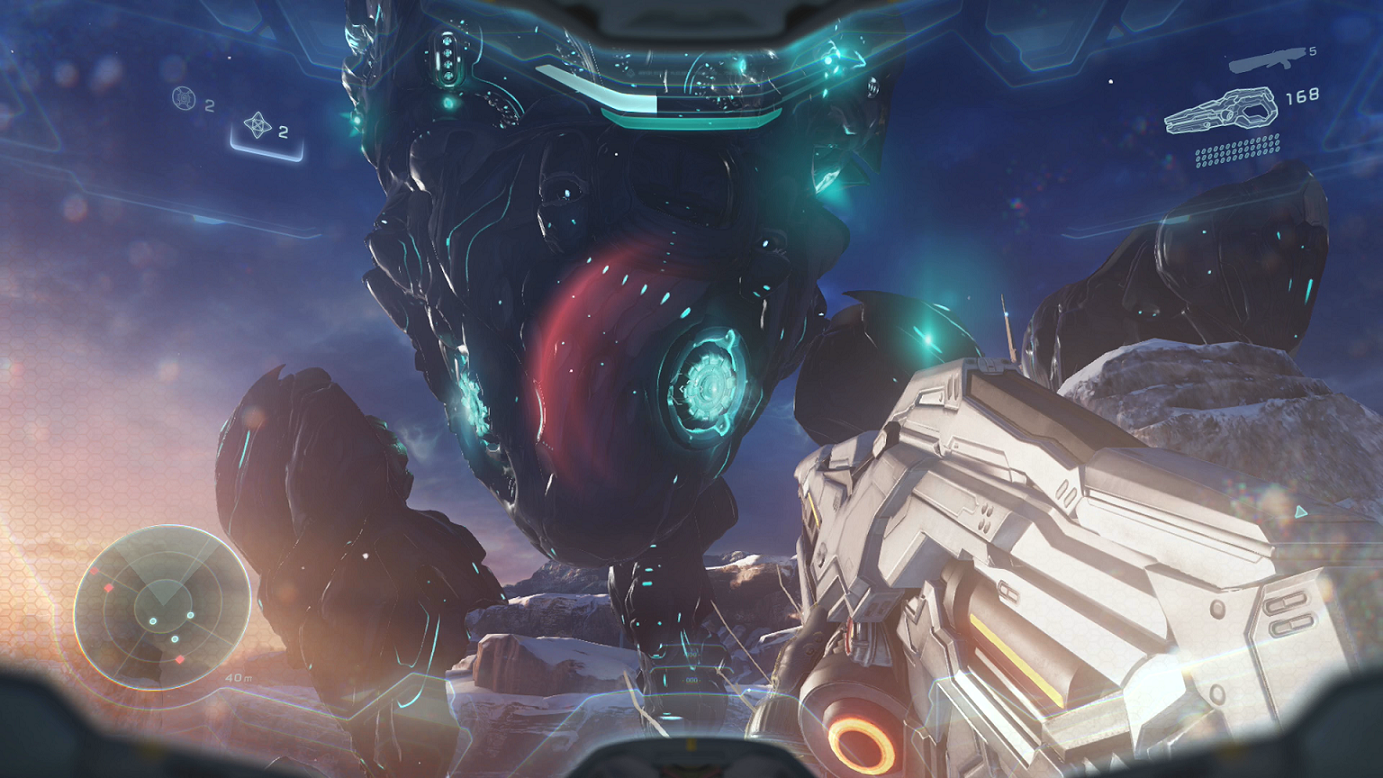 The canon of 'Halo' has become unwieldy over the years, especially as the games have been crowded in with various other media like novels, comic books, and films. For a pleb like me who is only familiar with the actual video games, many of the characters are strangers, though they may have appeared elsewhere in the continuity at some point. Still, even with my limited knowledge, I was able to mostly keep up with all of competing powers and conflicts. The Covenant is in a state of civil war, with remnants being led by the Arbiter of 'Halo 2' fame. The self-righteous Didact from 'Halo 4' has been put on the back burner for now, although his digitized Promethean forces are still at large and being used for nefarious purposes. And then there is Cortana.

Cortana is still alive, and her existence and motivations are the impetus for 'Halo 5's storyline. In the interest of spoiler avoidance I won’t mention her exact situation, but suffice it to say that I am pleased with the direction 343 is taking. They are not averse to taking risks, even with Microsoft’s golden goose. The Chief again defies orders, and Osiris is given the awful task of bringing him in. There is little difference in gameplay between the Chief and Locke, and I enjoyed playing both segments.

In terms of shooting, 'Halo 5' is a treat in all of its gameplay modes. The gunplay is furious and relentless. Because the entire campaign is 4 player co-op, with AI teammates replacing human players when needed, the difficulty seems a touch higher. Enemies are smart and very mobile, particularly the Prometheans, who have a habit of teleporting, sprinting, or making long jumps across the battlefield. The Knights are far tankier and often require the attention of the entire team to dispatch. Locke and the Chief can give commands to their AI squadmates, and though they are limited (move here, pick up this weapon, kill this target, etc.), they make fighting more dynamic. Also of note is squad revival, where Spartans have a brief period of time when downed before they die, and can be picked up by teammates to prevent a checkpoint restart. "Dead" AI squaddies are unavailable until the next checkpoint. 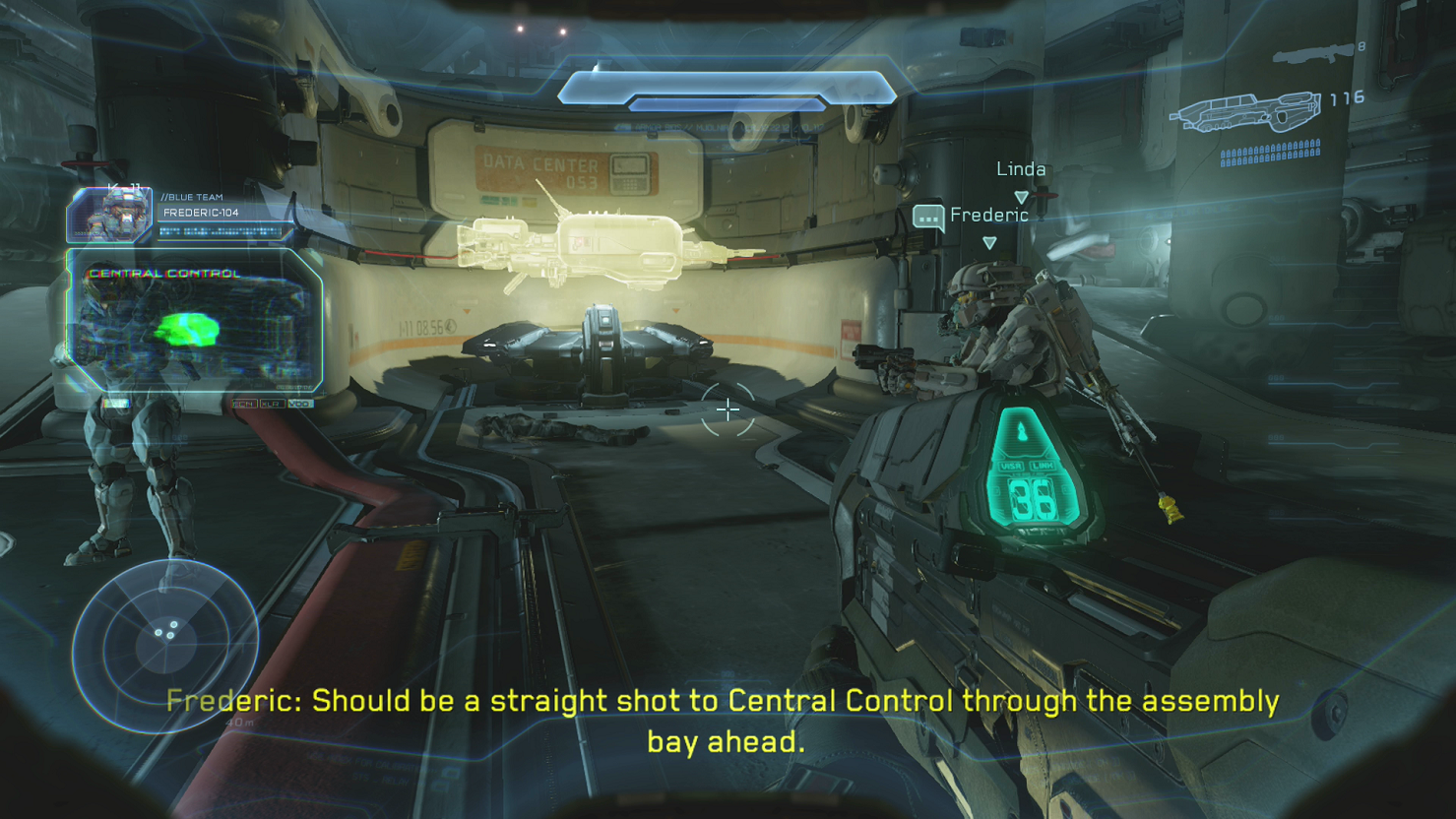 All of the Spartan abilities showcased in the multiplayer beta earlier this year are available in single- and multiplayer. This includes the charge, butt smash, hover scoping, etc. A few have been tweaked slightly. These make for a more fast-paced multiplayer experience, where Spartans are frequently clambering over things to escape or get the high ground, or boosting away from incoming grenades, or closing the distance with a judicious charge. Many weapons have been altered, like the magnum and laser, and there are a few new ones. The plasma launcher is a favorite of mine because it can fire sticky or bouncy projectiles, which both have their uses depending on the situation. 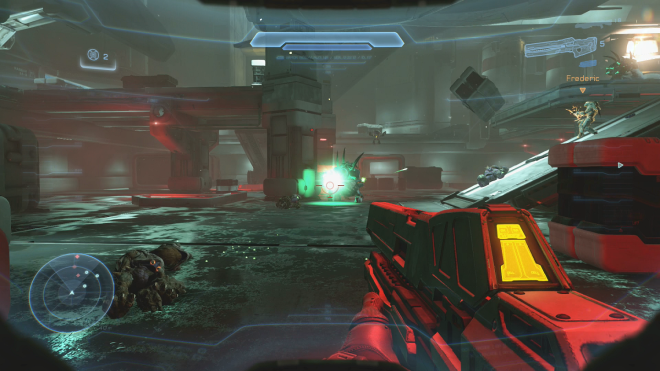 343 put a higher priority on performance than they did on resolution, and to this end they implemented a scaling visual arrangement. The framerate tends to stay at 60fps or quite close no matter what is happening onscreen, but as more assets and effects are visible, the visual quality drops. Throughout most of the running time, it’s either not easily noticeable or not a big deal. There will be odd animation twitches or artifacts at the edge of the screen in the middle of intense firefights, but nothing that affects gameplay. The framerate stays steady, and especially in multiplayer, this is the more important statistic if one needs to be sacrificed. Even with the modular resolution in tow, 'Halo 5' is one of the better-looking shooters on the One. The cutscenes are beautiful and the character models are highly detailed, especially the iconic Mjolnir armor which only gets cooler with each release. 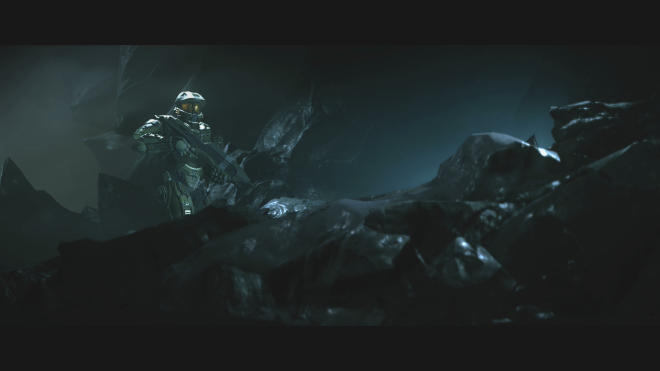 Several longtime 'Halo' voice actors reprise their roles, such as Keith David (the Arbiter), Jen Taylor (Halsey/Cortana), Nathan Fillion as Buck, and of course Steve Downes, the DJ who has voiced the Master Chief for 14 years. They all do a great job. The audio in general is very nice, with a strong score by Kazuma Jinnouchi and stout sound effects throughout.

In the multiplayer we have Warzone and Arena modes. Arena is the more traditional suite of gametypes, with CTF, Strongholds (a kind of multi king of the hill), the frenetic one-respawn-per-round Breakout, and of course the classic Slayer. There is a large map selection and the maps are by and large well done, with lots of variety even in smaller selections.

Warzone is a mix of Slayer, king of the hill, and horde mode style gameplay. The maps are huge and each battle is a 12v12 affair. Several buildings on the map serve as defensive bases and chokeholds for each team, and are therefore constantly fought over throughout the match. These buildings are defended by AI marines and also have REQ nodes, REQ being the reward/microtransaction system. The nodes can be accessed at any time by a player to change his loadout, including weapons, one-time armor boosts like overshielding, and even vehicle spawns. In Warzone, AI enemies spawn periodically, and teams can earn points by defeating bosses.

Despite the influence of microtransactions and the inherent power creep, Warzone is pretty fun. There are so many players running around that action isn’t hard to find, even with maps so large. For players who are perhaps new to 'Halo' or FPS multiplayer, they can still contribute to their team’s score by defending bases and engaging the NPC forces.

Matchmaking is quick, even compared to the first few days of other popular shooters that are also flush with players. In contrast, the quality of the matchmaking is spotty - many matches are blowouts, which isn’t that much fun for the losers and only slightly better for the winners. This should normalize somewhat as players develop their statistics and move out of the noob pool where I live. 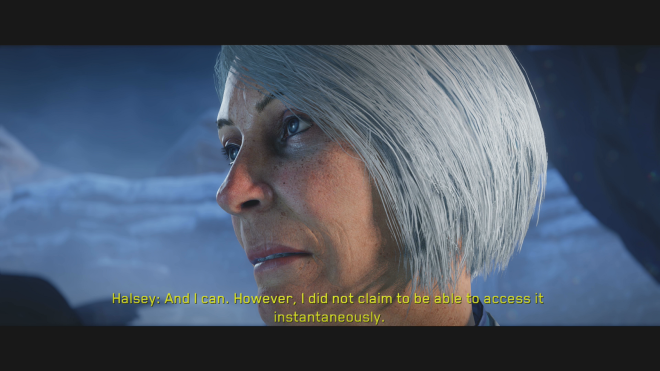 'Halo' becomes more agile as 343 works on it, both in design and in gameplay. There are some story issues that keep 'Halo 5' from being a top-notch sci-fi epic, but the campaign is still a pleasure to play, especially with others. The multiplayer is hearty out of the gate, with the hypercompetitive Arena suite alongside the more bombastic, arcade-oriented Warzone. 'Halo 5: Guardians' has a lot to offer the consummate shooter aficionado.