'The Witcher' video game franchise is based on a series of novels by Polish writer Andrzej Sapkowski, first published in 1992. It has become quite popular and inspired TV and film adaptations, comics, a board game, and of course video games. CD Projekt RED released the first game in their 'Witcher' series in 2007 on the PC, and the second one was released in 2011, both to warm reviews. 'Wild Hunt' is the third entry in the series.

In the dark fantasy world of 'The Witcher', magic is a foreign phenomenon that was introduced during a catastrophic event called the Conjunction of Spheres. Several planes collided with the home plane and, along with magic, many varieties of monster spilled over and began making a nuisance of themselves. A profession of monster hunters was created to combat this threat. These humans, known as witchers, were trained from a very young age to track and kill all manner of creature. Most importantly, they have been mutated with monster DNA, giving them supernatural abilities and distinctive eyes that make it difficult for them to conceal themselves to humans. 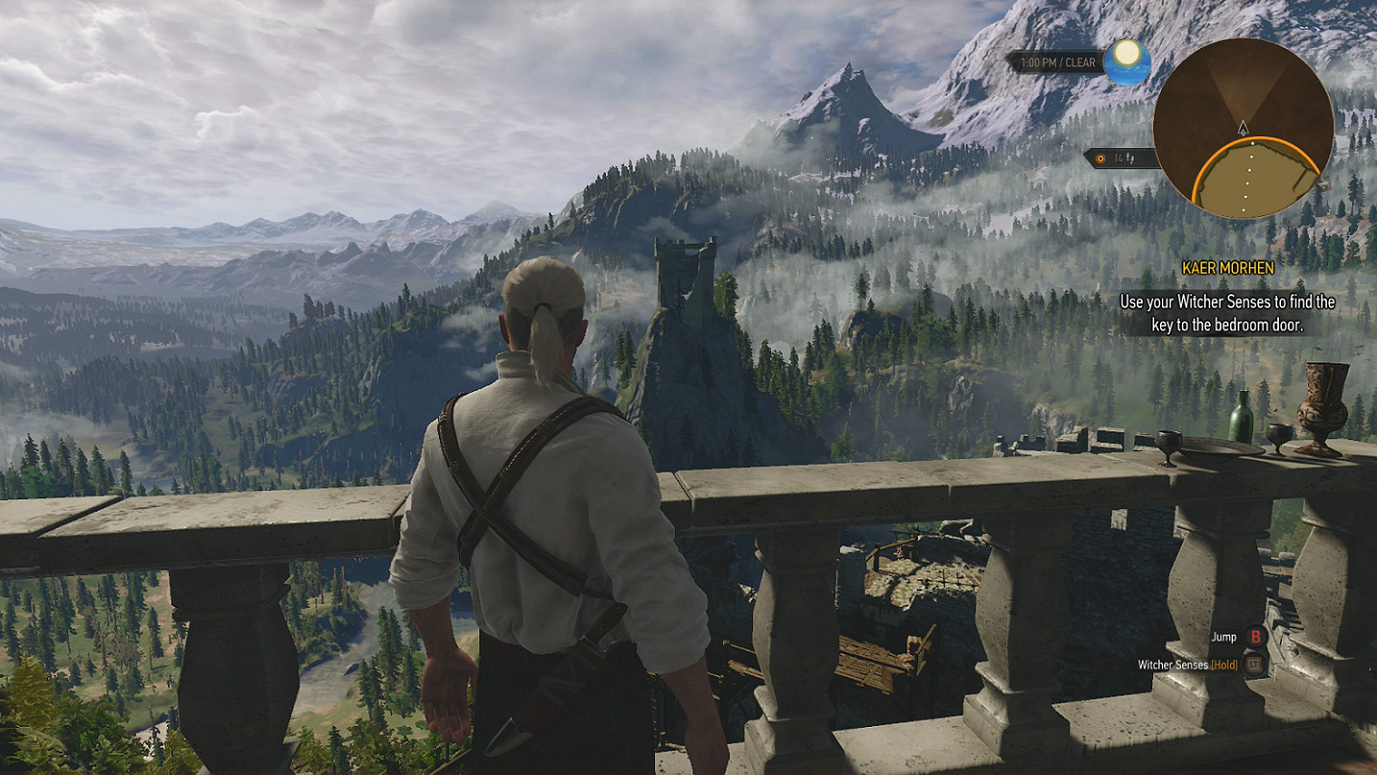 Geralt of Rivia, the albino protagonist of the 'Witcher' series, is one such hunter. His backstory is deep, both within the origin novels and the video game series, but basically he is a vagabond mercenary, traveling from one settlement to the next to look for contracts and slay monsters for coin. The player’s choices throughout the games can make for a very different Geralt - he can be pretentious or compassionate, kind or selfish. Universally, however, he seems to be disinterested in human politics, suspicious of humans in general, and has a weakness for both human and select monstrous women. 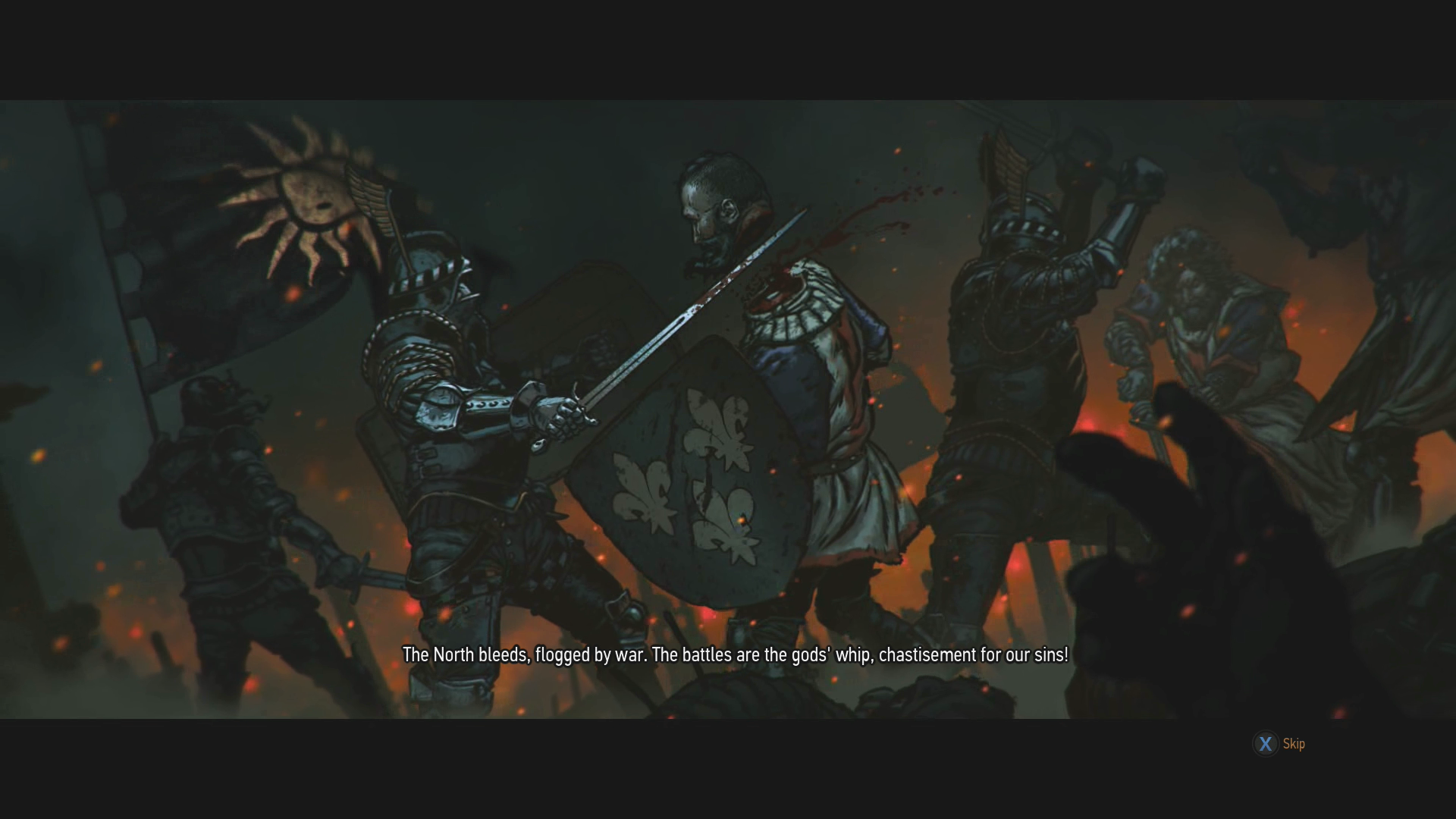 While his profession and goals in life seem simple, Geralt is a complicated man. He often seems aloof or detached, quite happy to portray the witcher stereotype of emotionlessness, but he does actually care about some people, like the young apprentice Ciri and his perpetually running lover Yennefer. Like 'Mass Effect’s' Commander Shepard, Geralt is given the opportunity to make many choices throughout the game, some of them with drastic and enjoining unforeseen consequences. The storyline here is huge, not just about the supernatural army in the game’s title, but also the myriad small quests and tasks that I came across along the way. 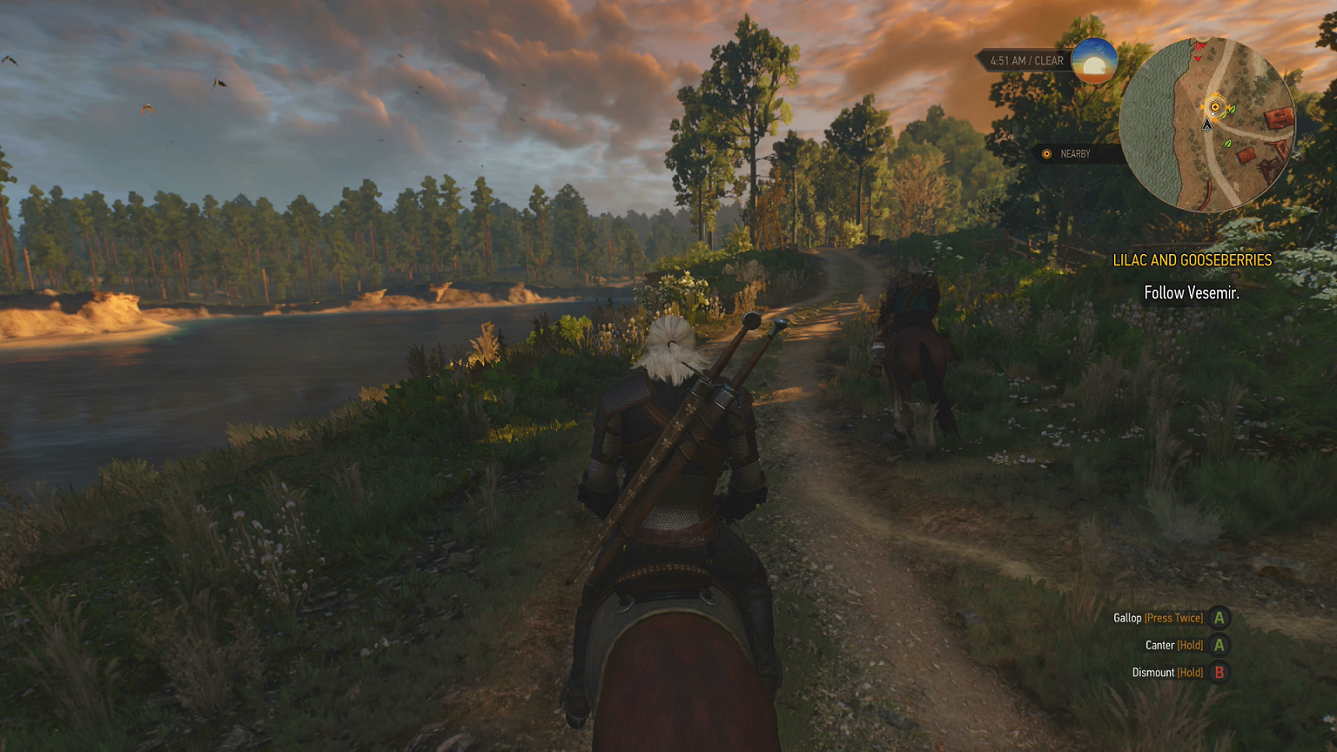 The setting of 'Wild Hunt' is expansive, far larger than anything else in the series, even more than open world titans like 'Skyrim'. It was easy to neglect the critical path, entertaining as it was, just to explore the little question marks on the map and see what kind of trouble I could get myself into. Geralt’s ability to track nearly anything makes even the most basic quests more engaging than the simple fetches that saturate most sandbox games. Each of these small quests is also steeped in lore and thoughtful dialogue, making Geralt and his world more alive with each one. There is also an addictive diversion in the form of a card game called Gwent. It reminded me of Triple Triad from 'Final Fantasy VIII', if not in rules at least in its collectible nature.

As is normal for the series, combat in 'Wild Hunt' is complex and challenging, especially on the higher difficulty levels where a single mistake quickly ends the game. Monstrous fauna is diverse, requiring me to change tactics depending on my target. In addition to his steel and silver swords, Geralt has a few spells, potions, oils, and other gadgets to give him an advantage over foes much larger and stronger than him. The combat isn’t as graceful as an 'Arkham', but still requires good reflexes and quick thinking to win without taking debilitating damage. The boss fights are even more involved, requiring careful preparation from the player in the form of storyline missions and research. Exploration is a fun pastime, but the controls can be a bit sticky, especially when outside of combat. The horse will randomly change directions, or Geralt will start moving somewhere I don’t want him to go to. 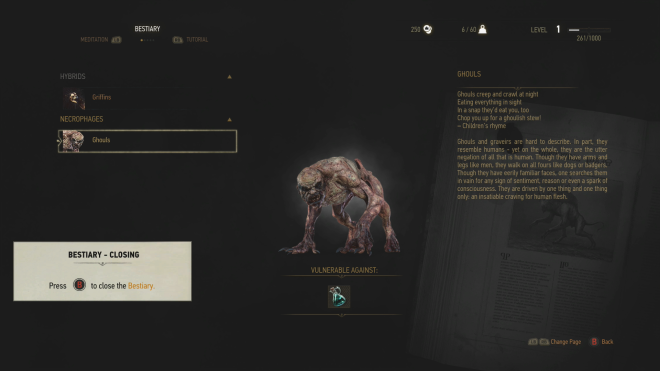 This is a pretty game, both in the environment and the characters. Faces and models are highly detailed, and despite the Xbox One’s lower resolution (par for the course for us long-suffering Microsoft devotees, I’m afraid), the game still manages to look "next-gen" without much trouble. Some of the nature scenes in particular are very nice, fitting for a game in which the lead character’s profession requires him to be outside most of the time. CD Projekt RED has touched up their proprietary engine to allow for HDR rendering, showing more details even in very bright and very dark environments. Occlusion and shading are realistic as well, allowing for distinctive shadowing. The menu and UI are the only hindrances - they can be a bit awkward to use and the text is difficult to see, even on a larger TV. 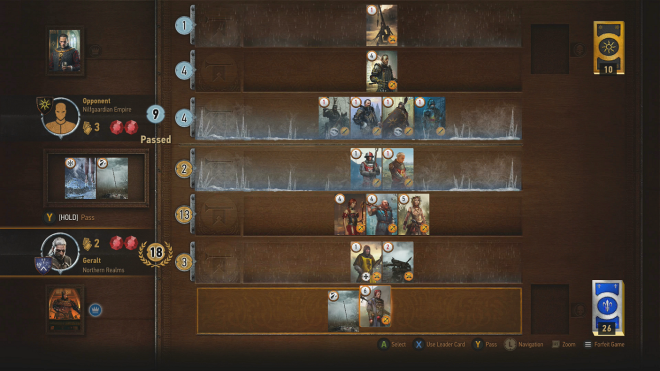 Most of the audioscape is a success. Music is dark and stringy without slipping into monotony or depression, sound effects are thick and clear, and the voice acting ranges from above average to inspired. If there is any problem with the voices, it’s that Doug Cockle, longtime actor for Geralt, is trying a bit too hard with his raspy, badass Batman impersonation.

We’re looking at 100ish hours of gameplay here for a completionist, and even more for open world perfectionists, achievement hunters, and those masochists who like to punish themselves with a higher difficulty level (all four difficulties are available on the first playthrough). There are enough choices throughout a game that replays can be rewarding, although it’s such an epic tale that I would generally recommend a break between each one. 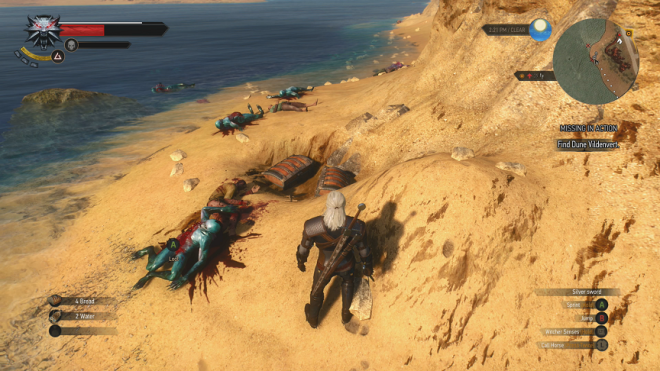 CD Projekt RED have addressed many of the complaints registered with previous entries, and leave me very little to criticize in 'The Witcher 3: Wild Hunt'. Gameplay, world design, and the story are big draws as the Witcher's world is as well realized and deep as anything going. This is an easy title to recommend to just about any gamer.