Digital Xbox One version reviewed. Note that this review only covers the single-player portion of the game. 'Metal Gear Online' is set to be released in October 2015.

The first 'Metal Gear' was released in 1987 for the MSX2. It was developed by Hideo Kojima and was converted from an action shooter to a stealth title after Kojima became involved. The third entry in the series, 'Metal Gear Solid' for the PlayStation, was a watershed stealth title, and the series has been immensely popular ever since. A brief demo of 'Metal Gear Solid V', titled 'Ground Zeroes', was released last year to serve as a prequel of sorts for 'The Phantom Pain'.

From the days of the original PlayStation through the PS3 and even the PSP, the 'MGS' series has been a mix of stealth action and over-the-top story in the signature style of Kojima. 'The Phantom Pain' is different, as it promises an openworld design never before attempted in a 'Metal Gear' title. 'TPP' also is promised as the missing link in the timeline, and more so than any previous entry, appears to be the last time that Kojima will direct a 'Metal Gear' game.

Unlike the last numbered 'Metal Gear', which was 'Metal Gear Solid 4: Guns of the Patriots', 'The Phantom Pain' is about Big Boss, the genetic father of Solid Snake. The storyline begins nine years after the explosive ending of 'Ground Zeroes'. Snake has been horribly wounded and much of his mercenary band has dispersed while he was comatose. Set in 1984, the Cold War period is still going strong, and Russia has been in occupation of Afghanistan for several years. Throughout 'The Phantom Pain', Snake becomes involved in Afghanistan and other conflicts while he rebuilds his organization. 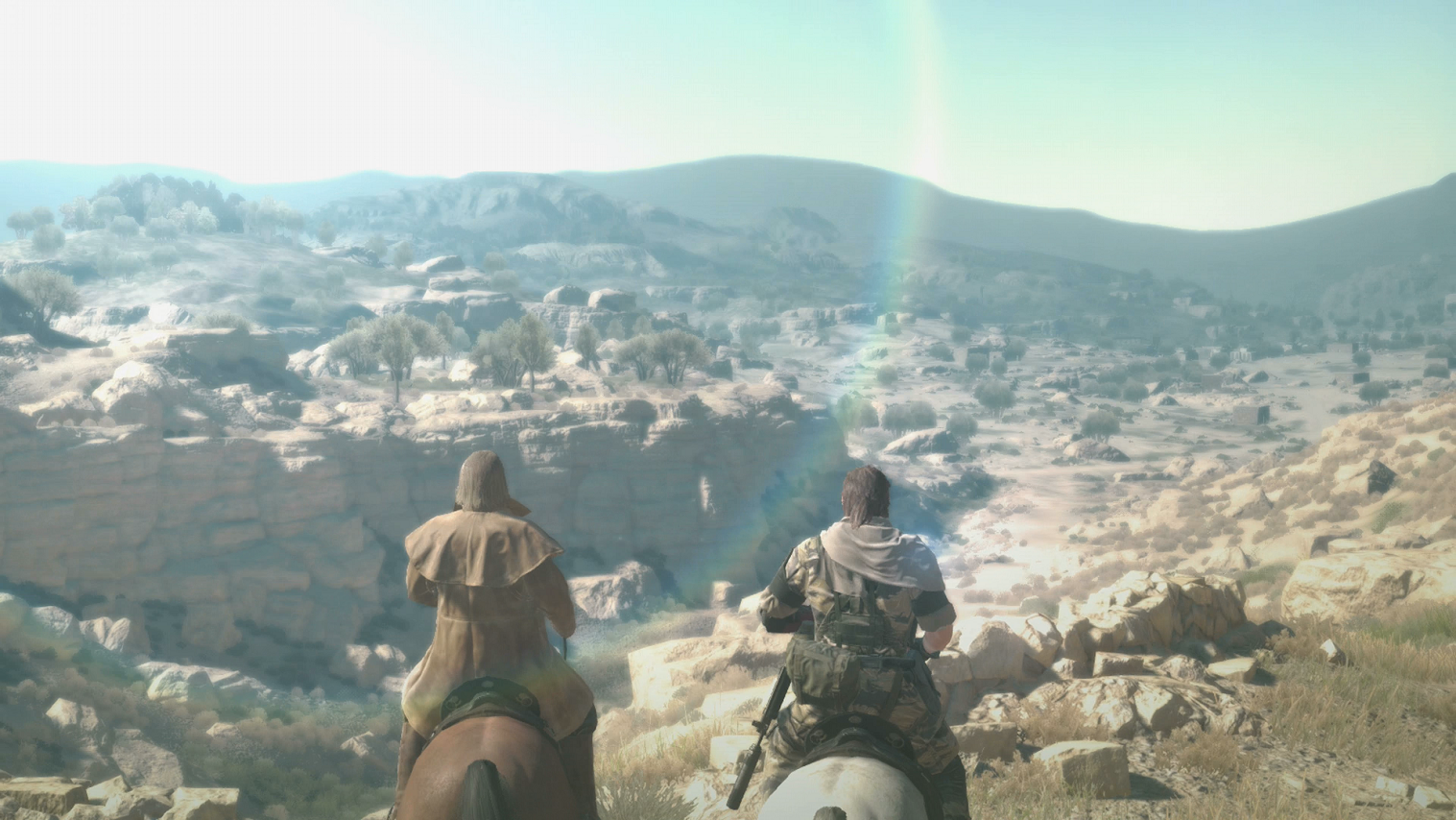 Stealth gameplay is the cornerstone of 'Phantom Pain'. The environments are typically big and in the outdoors, not congested hallways with short lines of sight and quickly memorized guard patrols. If Snake is quiet and cautious and takes his time, he will have little difficulty dispatching the bored, exhausted Soviet soldiers. Getting spotted or making the slightest noise, however, will bring over at least one guard for investigation. Being discovered changes the entire dynamic of the mission. Every guard in the area, including from other bases, will converge on Snake’s position and examine every nook and cranny, requiring me to frequently relocate while avoiding sight lines. This is an organic, realistic portrayal of stealth, and it’s very tense. Guards in many stealth games have such a limited AI that they don’t seem particularly concerned about oddities in their patrols after they have completed a cursory inspection. Here, the guards will remain on alert.

This creates an easy-to-learn, but hard-to-master kind of experience. It is challenging, but not excessively so. The most difficult thing to get used to is the very long line of sight that most guards possess. This is not unlike 'Dishonored', where enemies can spot the player halfway across the map. To make up for this, sandstorms frequently move through the Afghan landscape, obscuring sound and vision and giving me a lot of freedom (although naturally, my vision was obscured as well). There is also a last ditch effort to remain undetected - if Snake is spotted, he has a few seconds of slo-mo to dispatch the enemy quietly. If he succeeds, the alarm is not sounded and Snake can go about his business. If he fails, a firefight begins.

Another welcome aspect that took some getting used to was the sound geneneration. Many times I solicited an unwanted guard approach not because I was spotted, but because I was heard. Stealth games tend to focus on visual inspections, with sound being put on the back burner or not recognized at all unless the player is sprinting. In 'The Phantom Pain' the environment is very granular, so moving too close to a table will knock individual items off the table and break them. Little jars and vases can be found inside houses and offices, just begging to be bumped into while I was mere feet away from putting a choke hold on a guard.

Building on the increasingly shooter-oriented controls of the Big Boss prequels, Snake is adept at open combat. Marksmanship is precise and Snake responds accurately to subtle pushes on the stick. Due to his large repertoire of gadgets and abilities, the controls can get unwieldy. Prior experience with 'Ground Zeroes' will be a big help in this regard.

When not on a mission, Snake can return to Mother Base, his offshore oil platform that has been converted into a mercenary nation. Here can be found a base development and personnel simulator. Research projects can be carried out, weapons developed, and soldiers assigned to divisions based on their abilities. It can get menu-intensive, but it’s a nice option for customization.

True to form, 'Phantom Pain' has a sometimes puzzling, sometimes profound narrative. Heartfelt monologues about the nature of combat and the profession of soldiering are juxtaposed with weird, melodramatic cutscenes and over-the-top supernatural characters. Sometimes the drama is a bit too much, like in the torturously slow prologue. Kojima is an eccentric storyteller to say the least. The game has a habit of providing credits at the beginning and end of every single mission, for some reason. 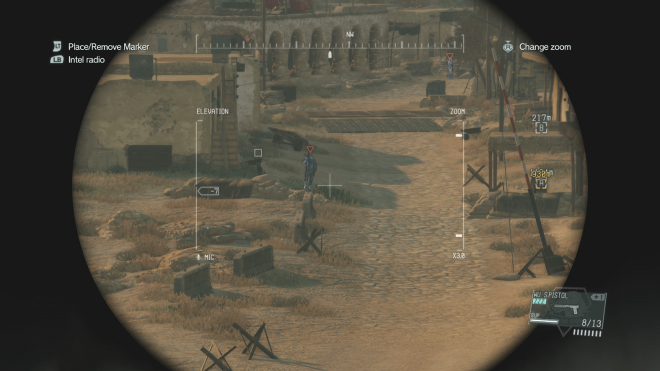 This is an excellent-looking game. Character models are highly expressive and detailed, especially faces. Motion capture is superb, and even the smallest movements of the guards are human and don’t have that video game look. The landscapes are expansive with a long draw distance. Lighting is used to great effect, especially in regards to the stealth. The game runs smoothly, although the load times can be cumbersome. 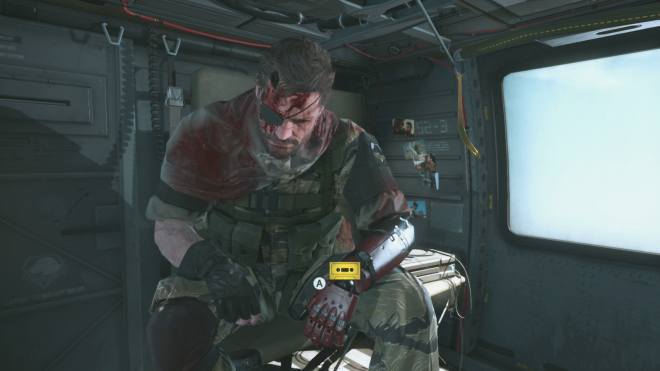 The score is composed by prolific Hollywood conductor Harry Gregson-Williams, who has provided many 'Metal Gears' with top-notch music. The sound effects are very retro, many of them being upgraded versions of 'Metal Gear Solid' assets. The voice acting is overall good, but there is some hamminess that goes along with the script. Between the shrapnel sticking out of Snake’s head and Kiefer Sutherland replacing longtime voice actor David Hayter, the familiar Snake is MIA , but I got over it pretty quickly.

Much of the game is presented in an open world fashion. It’s not the most accessible open world, and it may feel small compared to games like 'Red Dead' or 'Fallout', but it gave me much more freedom in how I wished to tackle missions and objectives. I didn’t feel rushed when on a mission, and I spent time looking for secondary objectives and collecting soldiers for Mother Base. Many missions have secondary objectives, providing avenues for exploration. Almost everything can be replayed to chase down collectibles and side ops. There are quirky little missions here and there, like returning a sheep to its herd and airlifting a puppy. 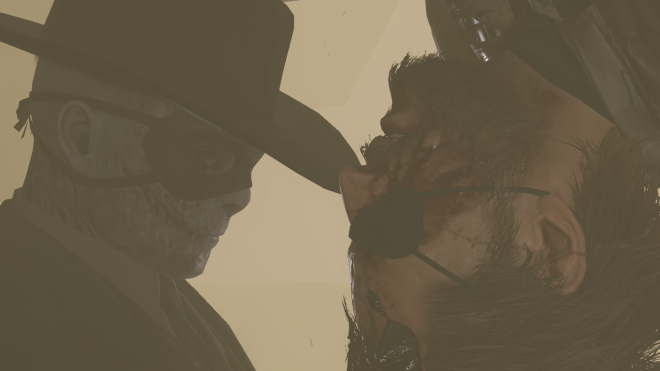 'Metal Gear Solid V: The Phantom Pain' isn't just great a stealth experience by 'Metal Gear' standards, it’s a great stealth tour for this generation of gaming. The devs have built on the great prequel series and made an extremely sympathetic character of Big Boss. If this is Kojima’s swan song, he has done it grandly.