The Game Itself
4.5 Stars
The Video: Sizing Up the Picture
3 Stars
The Audio: Rating the Sound
3.5 Stars
Replay Factor
2 Stars
Bottom Line
Recommended

Tales from the Borderlands: Zer0 Sum

'Zer0 Sum' is the first episode in the 'Tales from the Borderlands' series from Telltale Games. 'Borderlands' is typically a first-person shooter franchise, but the 'Tales' spin-off is a story-based adventure game in the vein of Telltale’s other titles, like 'The Walking Dead' and 'The Wolf Among Us'. It was made in consultation with franchise developer Gearbox and their publisher 2K Games.

The 'Borderlands' games take place sometime in the future on the alien planet of Pandora. Pandora is a desolate wasteland filled with aggressive wildlife, mysterious alien sentinels, tribes of psychopathic marauders, and cutthroat corporations. The player character is usually a deadly mercenary in search of a mythical Vault, which is filled with valuable goodies. In 'Tales from the Borderlands', the player controls two grifters: Rhys, a cybernetic Hyperion employee, and Fiona, an unabashed con artist.

As an adventure game, much of the input from the player in 'Tales from the Borderlands' could be described as "point-and-click", or at least as much as pointing and clicking translates to an Xbox controller. Movement is limited around very small maps where the character investigates items and speaks to people. During conversation, the player selects dialogue from a multiple-choice list, and other characters respond accordingly. The series is episodic, so decisions that a player makes early on can come into play later. 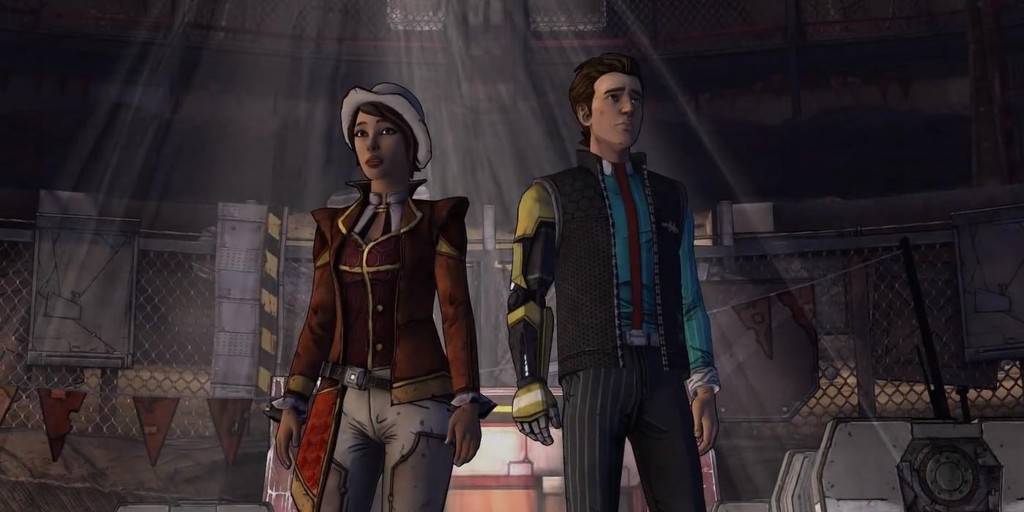 'Zer0 Sum' is set after the events of 'Borderlands 2', mostly on the surface of Pandora itself. Rhys is disenchanted with his work at Hyperion and decides to shake things up a bit, and brings his hapless accountant friend Vaughn along for the ride. Before long they meet Fiona and her kid sister Sasha, both Pandoran natives and professional hustlers. The story is a departure from the serious, occasionally grim tone of previous Telltale works. It is loyal to the subversive, juvenile, giggle-inducing writing of 'Borderlands'. There are inside jokes, non-sequiters, innuendo, and lots of slapstick humor. The script doesn’t take itself too seriously and sometimes gently breaks the fourth wall, most notably in the text pop-ups that Rhys can read when he uses his synthetic eye to scan objects. The humor is done well and isn’t so inward that a newcomer to 'Borderlands' would feel alienated. The characters, some new and some returning, are entertaining and their personalities are revealed naturally as the story progresses. In one particularly good scene, Fiona encounters an unusually polite and well-spoken guard, completely out of place in a bloody "death race", who calls her on her rudeness and she has to backpedal to avoid violence. Quirky exchanges like this can be found throughout the episode. 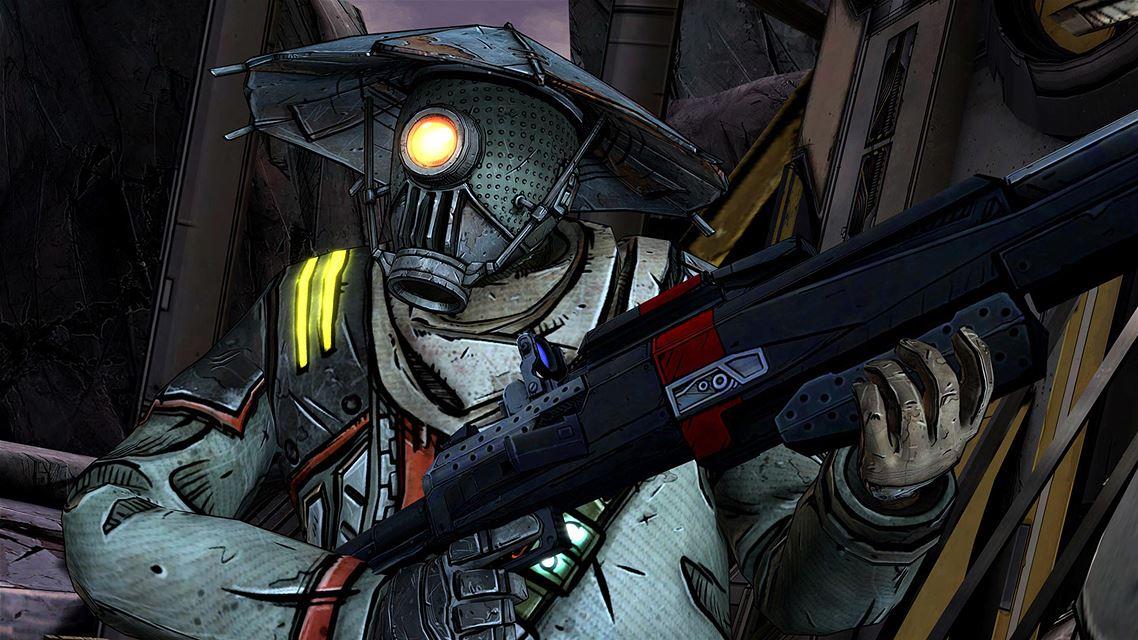 This episode also features much more action than is typically found in adventure games, especially when controlling Rhys. Rhys is a soft bureaucrat and not a fighter by any means, but he bungles his way through misunderstandings with skags and bandits in a 'Three Stooges' kind of way. This means a lot of quick-time events, but it doesn’t go overboard with them, and the action scenes complement the dialogue. 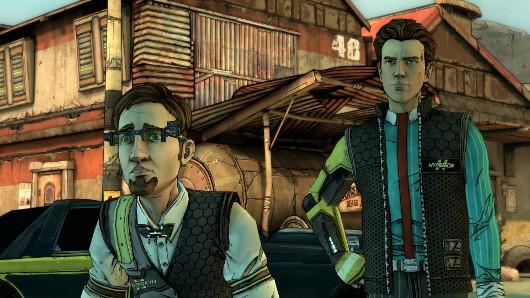 'Zer0 Sum' has a simple, hand-drawn animation style without a lot of moving parts. Animations and facial expressions are inconsistent - sometimes they look decent, and sometimes they look unnatural. The textures are spartan, giving some backgrounds a drab look, but at other times allowing for crisp contrast. I was hoping that Telltale, working with a new franchise, would be able to improve the performance of 'Tales from the Borderlands'. Instead, the episode is filled with jarring staggers and stalls that can quickly ruin the mood, and the load times aren’t helping either. 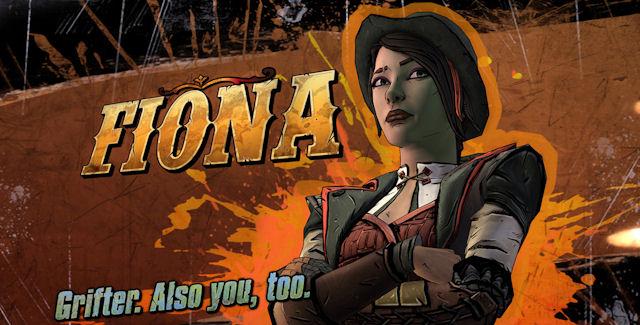 The voice work is superb and features returning actors when appropriate, and also some new ones, including a delightfully sleazy performance from Patrick Warburton (Puddy from 'Seinfeld'). The soundtrack for this episode is focused mostly on dubstep, as that is the hallmark of one of the villains. The sound effects are very quiet, especially during action scenes, but are reminiscent of the main series. There are audio skips, but these are less intrusive than the ones to be found in the video. 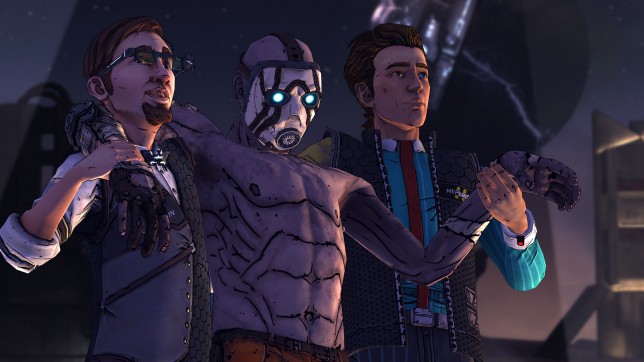 Each playthrough of the episode offers a sheet of statistics for player choices and how they compare to the community. The episode can be replayed to prepare a save file for the next episode, but multiple playthroughs will have diminishing returns. There are only a few little easter eggs to be found, and they’re not too difficult to track down. 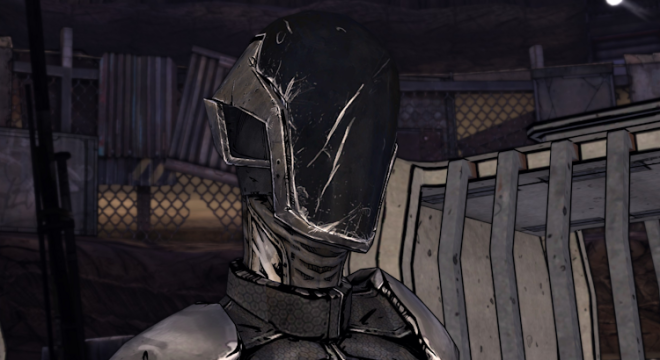 Telltale has demonstrated that their knack for writing and developing characters is as solid as ever, even with the wacky 'Borderlands' license. With 'Zer0 Sum,' the first episode of 'Tales from the Borderlands,' Telltale got the story heavy take on the colorful world humming. The characters and script are smart and snappy, and elicited a chuckle from me more than a few times through the brief playthrough. If they can lock down the bugs cropping up in the technical performance, this would be about as good as it gets for an adventure game.