The Game Itself
3 Stars
The Video: Sizing Up the Picture
2.5 Stars
The Audio: Rating the Sound
3.5 Stars
Replay Factor
1.5 Stars
Bottom Line
For Fans Only

Last fall, Firaxis and 2K released 'Sid Meier’s Civilization: Beyond Earth', a spiritual successor to the much older 'Alpha Centauri' and the first game in the series to not be set on planet Earth. Now we have 'Sid Meier’s Starships', a companion to 'Beyond Earth' that takes place on an interstellar level, with of course lots of spacecraft. Meier mentioned during development that the 'Star Trek' series was a strong influence on the game.

'Starships' is a turn-based strategy title, similar to 'Civilization' on the surface but with some distinct differences. Instead of cities, the basic unit of power is the planet. The player controls a fleet of spacecraft that can move between each planet, defend them against aggressors, and complete missions to increase the player’s influence over the people of that planet. When a faction has enough influence over a planet, that planet joins the federation and their resources are added to that federation’s pool each turn. Planets can be upgraded to increase their per-turn contributions, better defend themselves against hostility, and complete special projects that dramatically improve the federation’s fleet. The turn ends when the player’s fleet has accumulated too much fatigue and must take shore leave, at which point all other factions get a turn. 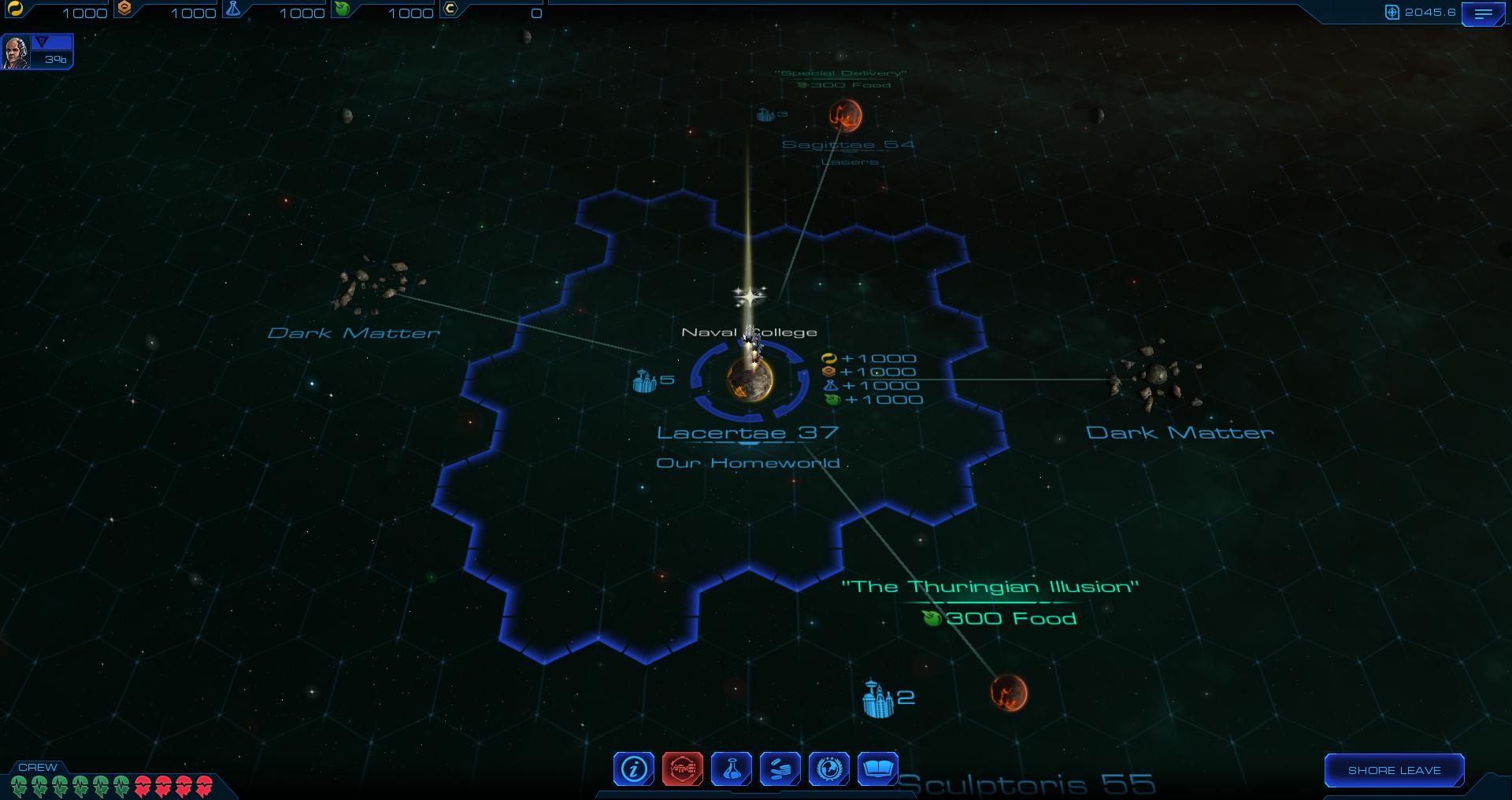 When engaging in battle, play shifts to a different map where the fleet brawls against the enemy formation. This is a simple 2D hexagonal grid, not the open, three-dimensional space of something like 'Homeworld'. It is also turn-based, with each ship able to fire, move, and use special abilities like cloaking devices or torpedoes before the opposing team can move all of their ships. Each map is strewn with asteroids that can block or reflect weapons fire, and there may be other permutations like randomized warp tunnels, environmental effects, or different victory objectives besides simple deathmatch. 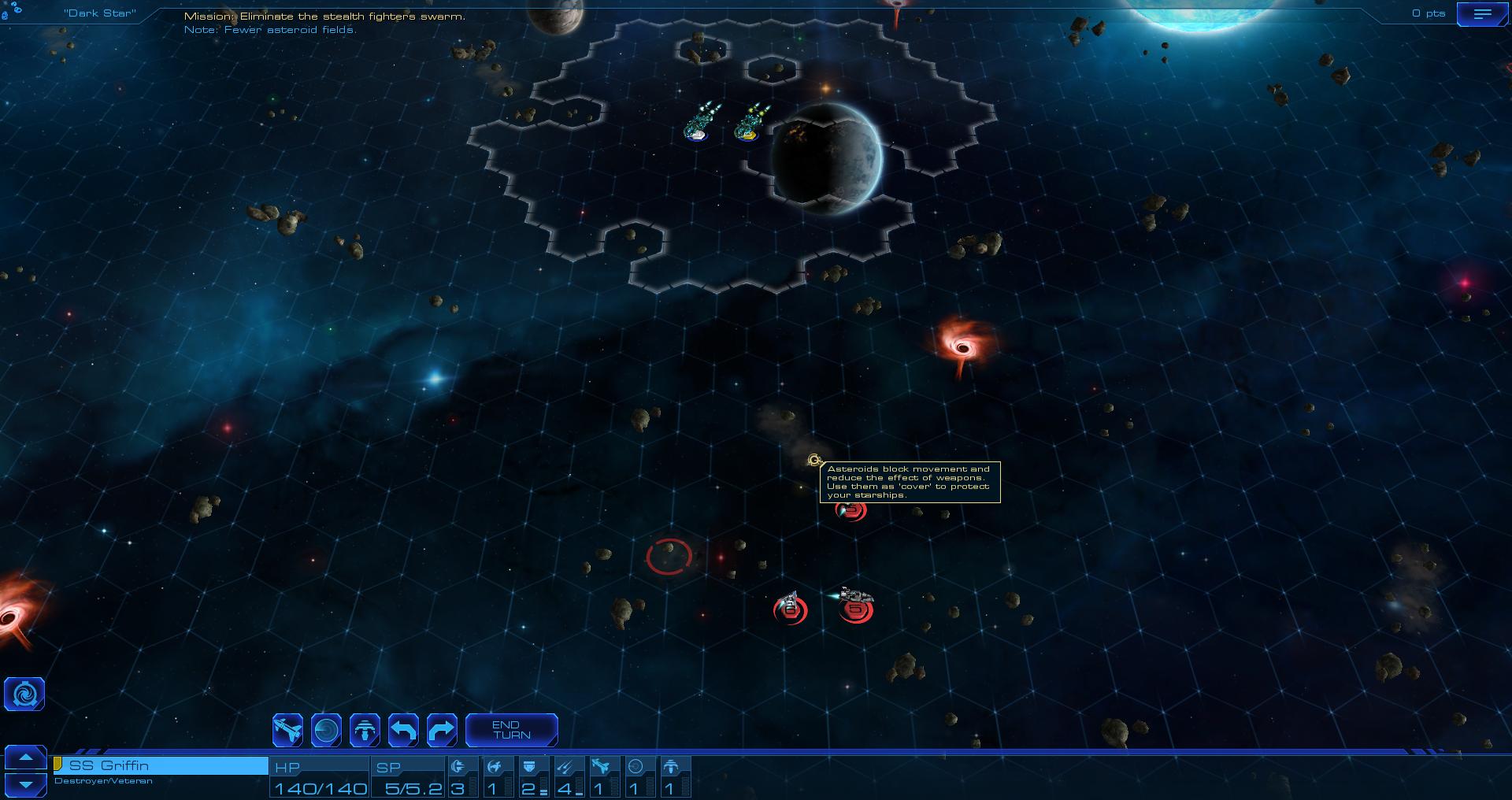 The strategy mechanics of 'Starships' are significantly stripped down when compared to its big brother, 'Beyond Earth'. There are no meaningful options for diplomacy or trade, and the economy is stunted. The focus on combat is far higher. Before each fight was a reconnaissance menu that educated me on the enemy composition, the local environment, and my chances of success based on some arbitrary formula. It also let me upgrade my ships accordingly; for instance, to upgrade my close-range plasma cannons in anticipation of an environmental penalty to laser range.

Even so, combat is rather blasé. Each match is pretty much the same - move ships into range, fire on enemy ships, repeat next turn. The variables for each match don’t amount to much, and enemy AI is quite weak, even on the upper difficulty levels. While repetitiveness in and of itself isn’t always a problem (many video games feature the same mechanic over and over, after all), the gameplay in 'Starships' doesn’t hold up very long. The luster wears off after just a few games. 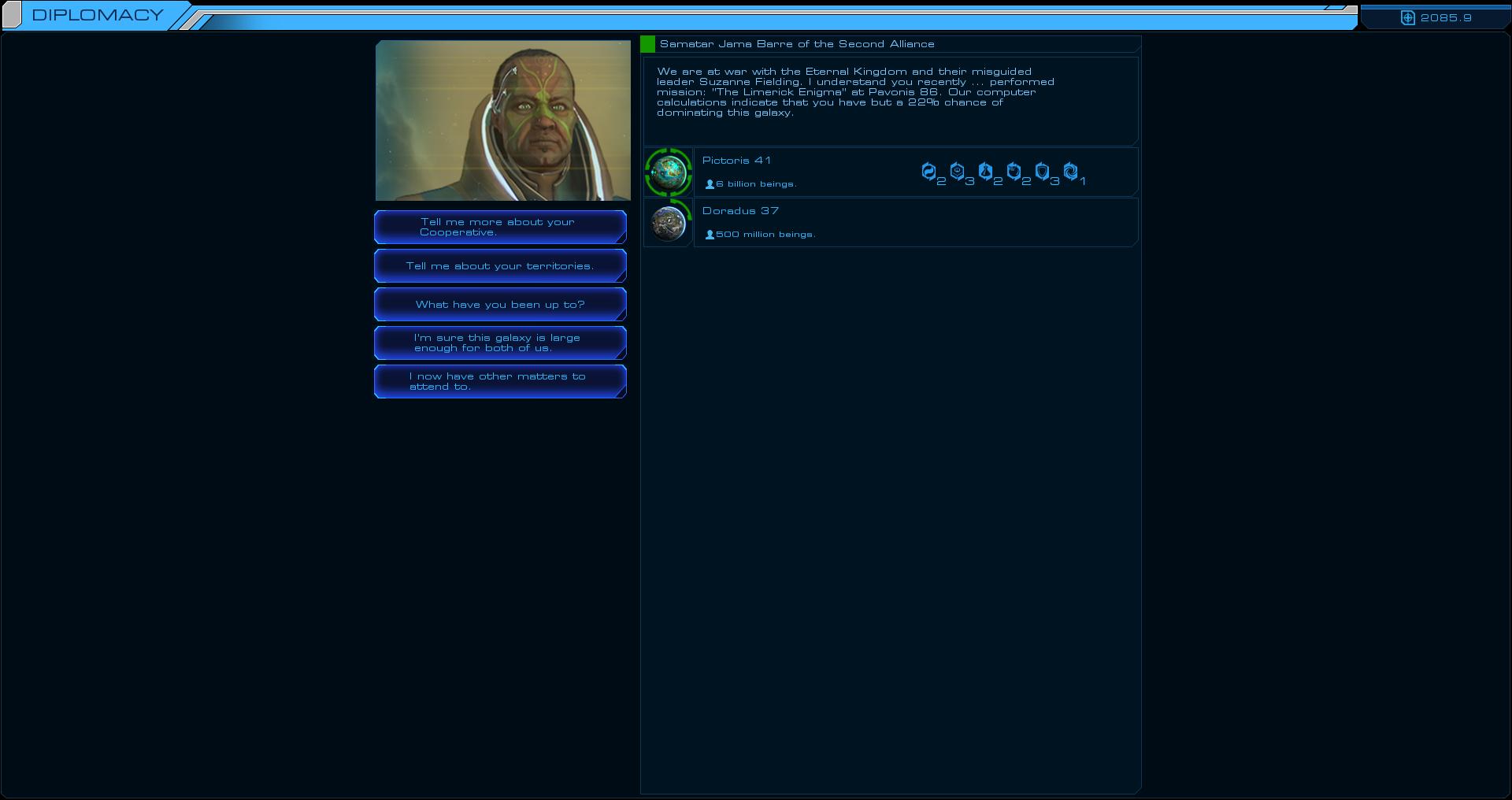 Without much in the way of strategic combat, all that’s left is the strategy itself. 'Starships' does a bit better here. Even though it’s definitely "strategy-lite", the system of maintaining and cultivating planets has some promise. Contested planets can also be resolved in favor of one faction or another without going into combat, which allows for more planning and careful movement. It’s probably a good thing that the strategy elements are rather simple, because the game’s tutorial is lacking. 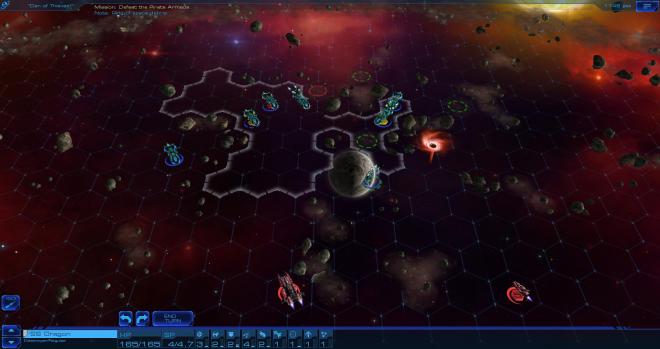 'Starships' doesn’t look particularly good, to put it diplomatically. It has the feel of a mobile or tablet game that’s been ported over to PC. Textures are low-res and the effects are pretty crummy. The art design in general isn’t inspired - the titular spaceships don’t evoke any kind of coolness factor, they kind of just look like multicolored blobby little doodads. There is no section in the options for video settings, so the default presentation is as nice as it gets. The overmap is nice and clean-looking, at least. 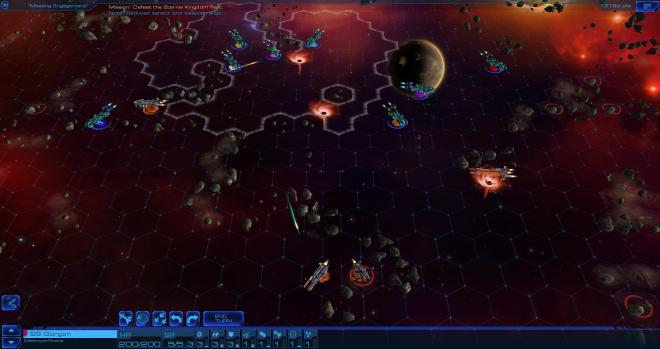 The music is not bad. It has an ominous, background-level style to it, not particularly noticeable unless turned up. Sound effects are of a middling quality. This area of the game is not quite as poor as the video, but there is room for improvement.

This is not 'Civilization', and so you should not expect the epic marathons of addictive strategy gameplay inherent in that series. The content is so limited that boredom set in relatively quickly for me. Changing the settings before a match, like galaxy size or affinity, doesn’t change much on the playing field itself. The one cool thing is that progress here can offer some in-game benefits in 'Beyond Earth' and vice versa. Note that the game client must be logged into 2K’s online service with an active account in order for this to work. 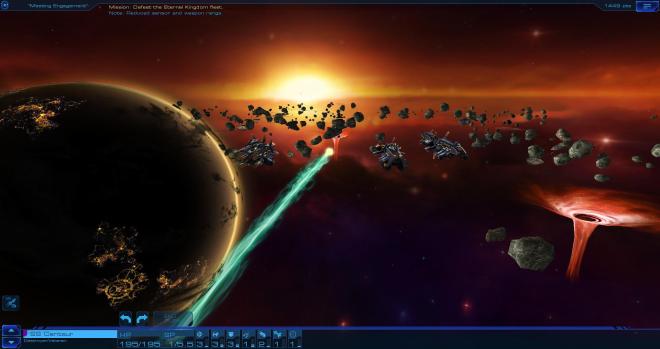 'Sid Meier's Starships' is not a quick cash-in completely devoid of creative merit, but nor is it a fitting companion for one of the best strategy titles of last year. At best it is good for a few hours of moderate strategy, although it’s probably better played on a mobile device. Still, there are far better strategy games available for mobile, and cheaper than $15 as well.