The Game Itself
3.5 Stars
The Video: Sizing Up the Picture
2.5 Stars
The Audio: Rating the Sound
3.5 Stars
Replay Factor
3 Stars
Bottom Line
Worth a Look

Over the past two decades, 'Resident Evil' has had a great deal of remakes, spin-offs, and gaidens on a multitude of platforms. In recent years, the most successful of turn of 'Resident Evil' was probably 2012’s 'Revelations'. Originally a 3DS game that was later ported over to PC and consoles, 'Revelations' was well received, with reviewers noting that the game was more horror, in contrast to the action focus of the main series. 'Revelations' now has its own sequel, and Capcom has elected to use an episodic format for release. 'Penal Colony' is the first of these episodes.

'Revelations 2' takes place in between 'Resident Evil 5' and 'Resident Evil 6'. There are four protagonists: the familiar Claire Redfield, Barry Burton’s daughter Moira Burton, the mysterious young Natalia, and the inimitable Barry Burton himself, appearing as a playable character in the series for the first time since a 2001 Game Boy Color title. The episode’s first half offers Claire and Moira as playable characters, with Barry and Natalia teaming up for the second half. 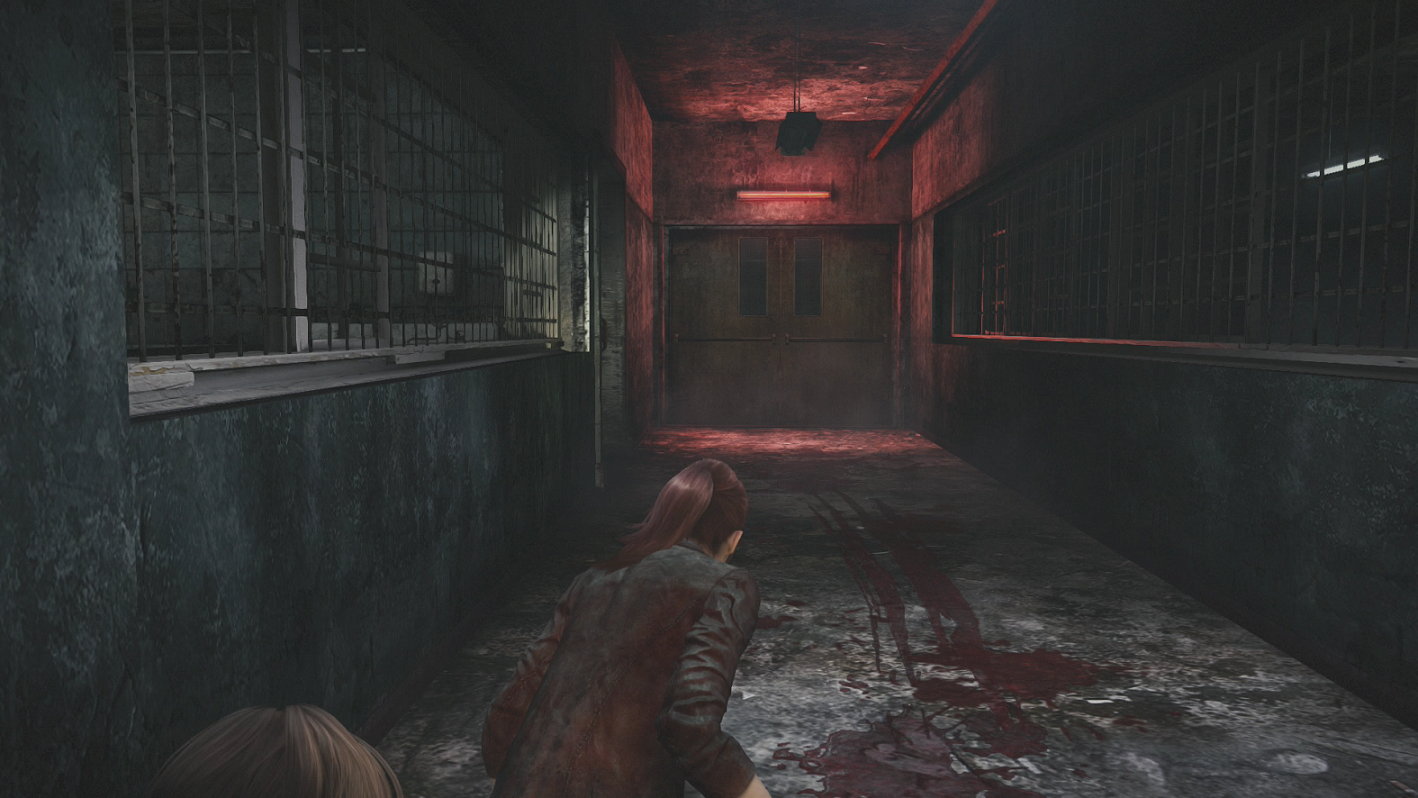 Like the first 'Revelations', 'Penal Colony' resurrects the horror motif that has stagnated in the franchise as a whole. Each half has its own version of horror - Claire and Moira have the more survival horror experience, with limited supplies and an incentive to flee from enemies instead of sticking around for unwinnable encounters. Barry’s segment is a creepier but higher octane experience, with a more 'Dead Space' style of zombie. Barry is also a badass and carries more firepower and ammunition than all three of the other characters combined, and despite his AARP card can still beat down zombies with reckless abandon. 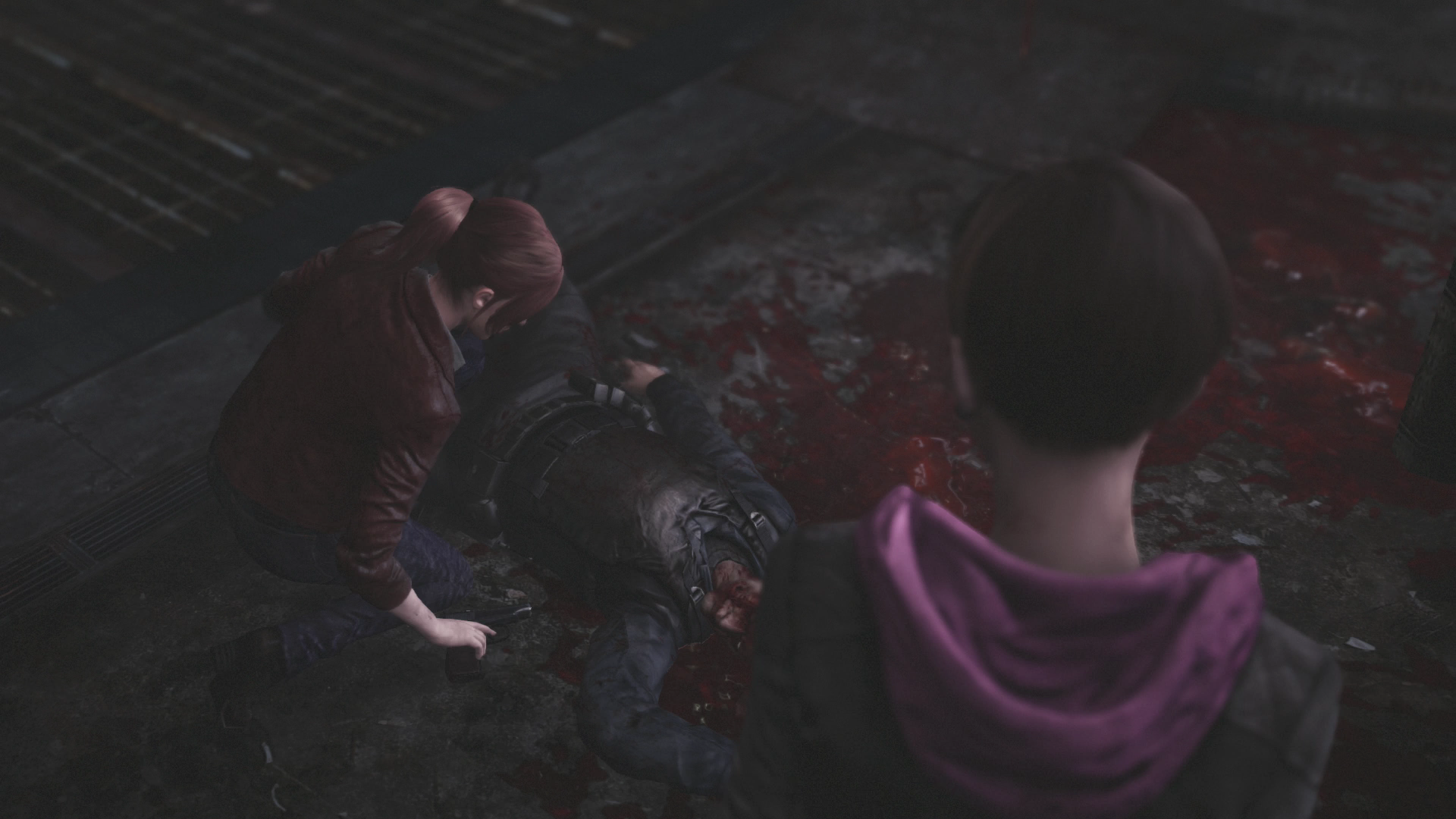 Both segments can be played in good old-fashioned split-screen multiplayer, and this is what I recommend. The supporting character AI isn’t terrible, but isn’t as good as a human partner, especially for a co-op system that has been designed for characters to work in tandem. Moira for instance, despite being a grown adult who has been kidnapped and thrown into a prison full of mutated flesh-eating monsters, refuses to wield a firearm. Instead she has a flashlight and a crowbar. This is the kind of person you do not want at your side in a zombie apocalypse. Anyways, she can shine the flashlight at zombies to make them stagger briefly, or bash them somewhat ineffectively with the crowbar. This is a great distraction for Claire, who can then shoot them with guns and hopefully kill them.

Because Natalia is not intended to enter combat (she is an 8-year-old wearing pajamas), Barry does all the fighting for the tandem. Natalia has the ability to see zombies through walls, and in co-op her player can communicate the information to Barry, who can then try to stealth kill them or go in guns blazing. 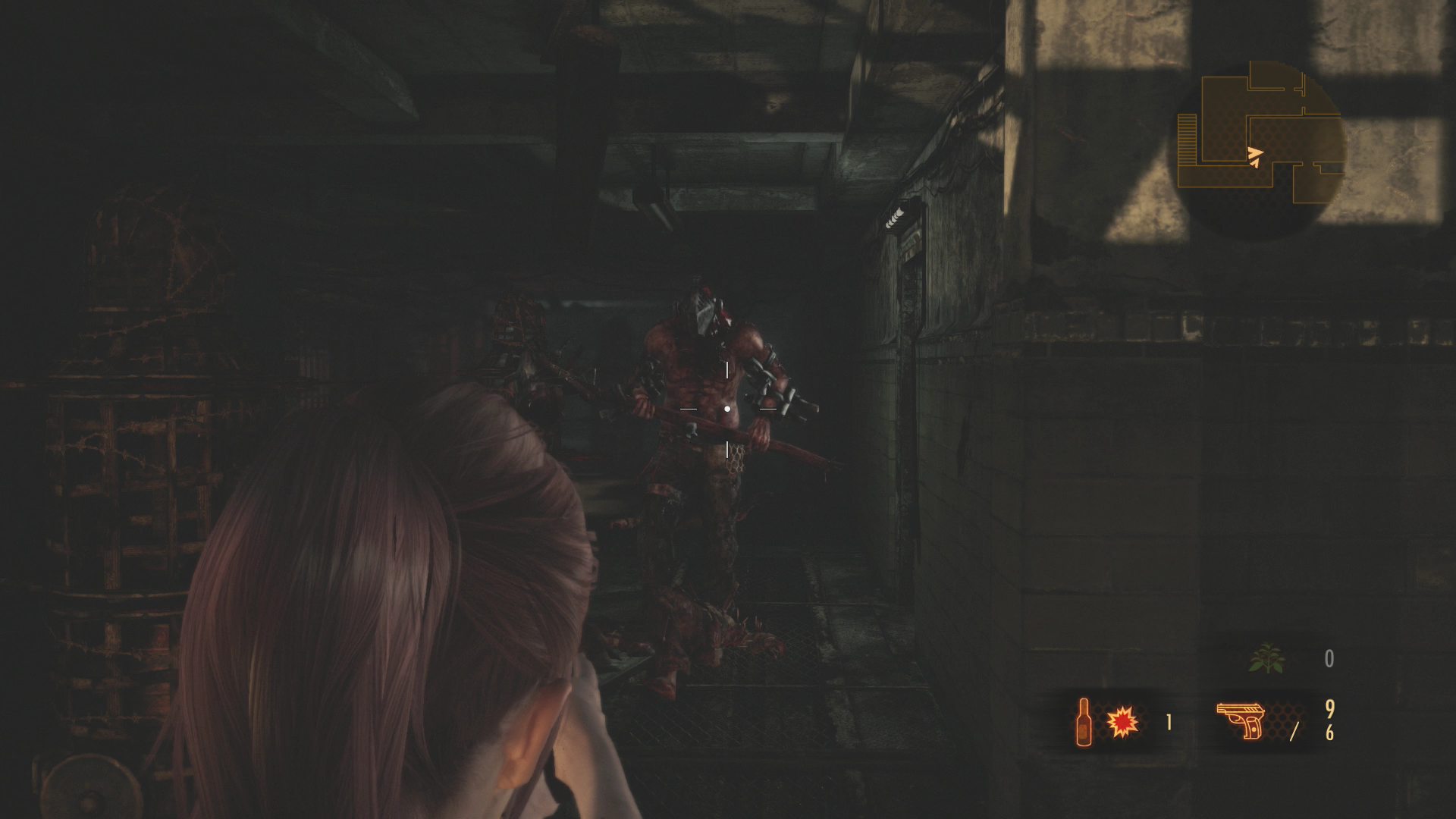 There is a bit of item management and RPGing to be had. Claire and Barry can upgrade weapons at workbenches as they go, and skills for all characters can be leveled up. Claire doesn’t find enough ammunition to kill every enemy, but she and Moira can trick the dimwitted zombies into walking in the path of lethal traps. Barry can find more ammo, and his heavier weapons deal great damage to opponents anyways. There is rarely a need for him to run.

The gameplay is mostly a success, but the game’s narrative starts off rocky and then fails to find a good path throughout the 3-4 hour episode. It keeps exposition to a minimum, which is probably a good thing in a series that has had so many sequels that the metaplot has become unwieldy. Claire and Moira have been plucked out of a fundraiser of some kind, whisked away to an abandoned prison island turned bioweapon laboratory, and outfitted with tracking bracelets. They manage to get a mayday to the outside world, and this is where Barry comes in and discovers Natalia, also a prisoner/experiment. The motivation for all of this is left unexplained, and the only antagonist is a female voice that talks to the girls sporadically through their bracelets. Still, this is just the first episode, and we can presumably expect answers in the weeks to come. 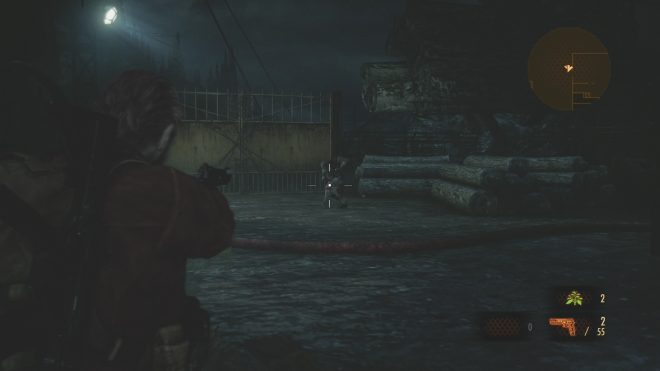 In addition to its gameplay and theme, 'Revelations 2' seems to have imitated the 3DS video quality of its predecessor. Well, to be charitable, it looks like a port of a 3DS game on the Xbox 360. That means simple geometry, small environments, and a range of texture detail. A scratchy filter coats the camera lens, maybe to mimic the effect of the found footage genre, but that combined with the troubling gamma correction makes for a game with very limited visibility. Not that it’s all that great to look at with the brightness turned up. To add insult upon injury, the framerate struggles during the more involved scenes. 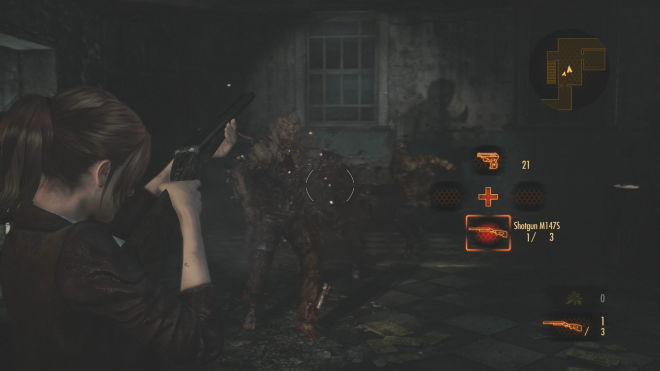 'Resident Evil' has made great strides in its dialogue and voice acting since the Arklay mansion. Sure, there is still cheesy dialogue, but it’s not laughably bad anymore. And to its credit, the limited conversations between Barry and Natalia are sweet and believable, and probably some of the best acting in the series to date. The foreboding, industrial soundtrack thrums along in the background, adding tension to the scares.

'Penal Colony' also includes the return of Raid, 'Revelations' arcade-style horde mode. Each mission dropped me into a map with the express purpose of finding and killing zombies, sans horror. The enemies come in waves, as expected, and some of them have elemental effects or other variables to liven things up. Raid mode is pretty fun, but for some reason has shipped without online co-op. 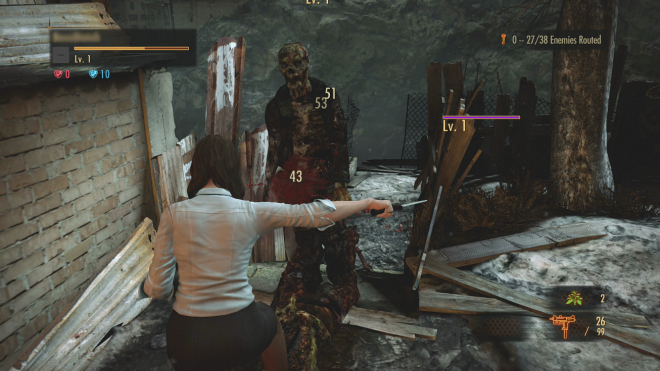 'Resident Evil Revelations 2 Penal Colony' is a promising, but ultimately flawed first episode for Capcom’s new series. Aside from its visual issues, there are some questionable design and publishing decisions: why is the game episodic, seeing as how each episode is already completed? Why doesn’t it have online co-op for the campaign? Why didn’t they wait to release it until Raid’s co-op was ready? Still, at $5, that 'Resident Evil' charm is there, and you could do worse for survival horror than 'Penal Colony'.