The Game Itself
3.5 Stars
The Video: Sizing Up the Picture
3.5 Stars
The Audio: Rating the Sound
3.5 Stars
Replay Factor
1.5 Stars
Bottom Line
Worth a Look

There Came an Echo

Kickstarter, along with other crowdfunding sources like Indiegogo and Steam’s Early Access program, has been very useful for smaller companies (and even some larger ones) with big ideas who want to create games outside of the conventional publishing system. For example, a voice controlled-RTS like 'There Came an Echo,' which is the second game from Iridium Studios. 'There Came an Echo' was funded on Kickstarter nearly two years ago and just released to the public.

'There Came an Echo' is a real-time strategy game with squad control, shooter elements, an isometric perspective, and most notably, a fully integrated voice command system. Squads of up to four soldiers can be moved around the map to cover nodes, swap weapons, cover one another, and focus fire, all with voice commands. While voice technology is not particularly new or notable in and of itself (I can remember using select voice commands way back on the PS2 with the 'SOCOM' series and even 'Lifeline'), in most games it is little more than a gimmick or add-on. In contrast, 'Echo' is built around it. Almost all of the input from the player can be supplied via the voice, with little use for the mouse and keyboard.

I have tried voice recognition in more recent games, like 'Skyrim' and 'Mass Effect 3', and wasn’t impressed. The Kinect has its moments, but most voice commands are facsimiles of a button press and using the voice provides little in the way of expediency. 'Echo's voice technology is, for the most part, superb. Almost every command I gave to my squad was instantly understood on the first delivery. Commands can also be given in shorthand, or changed completely from the menu to the player’s specifications. There is even support for people giving commands in accented English. In case the player has difficulty with voice commands or is otherwise not interested in them, the mouse is an option (although voice is way more fun). 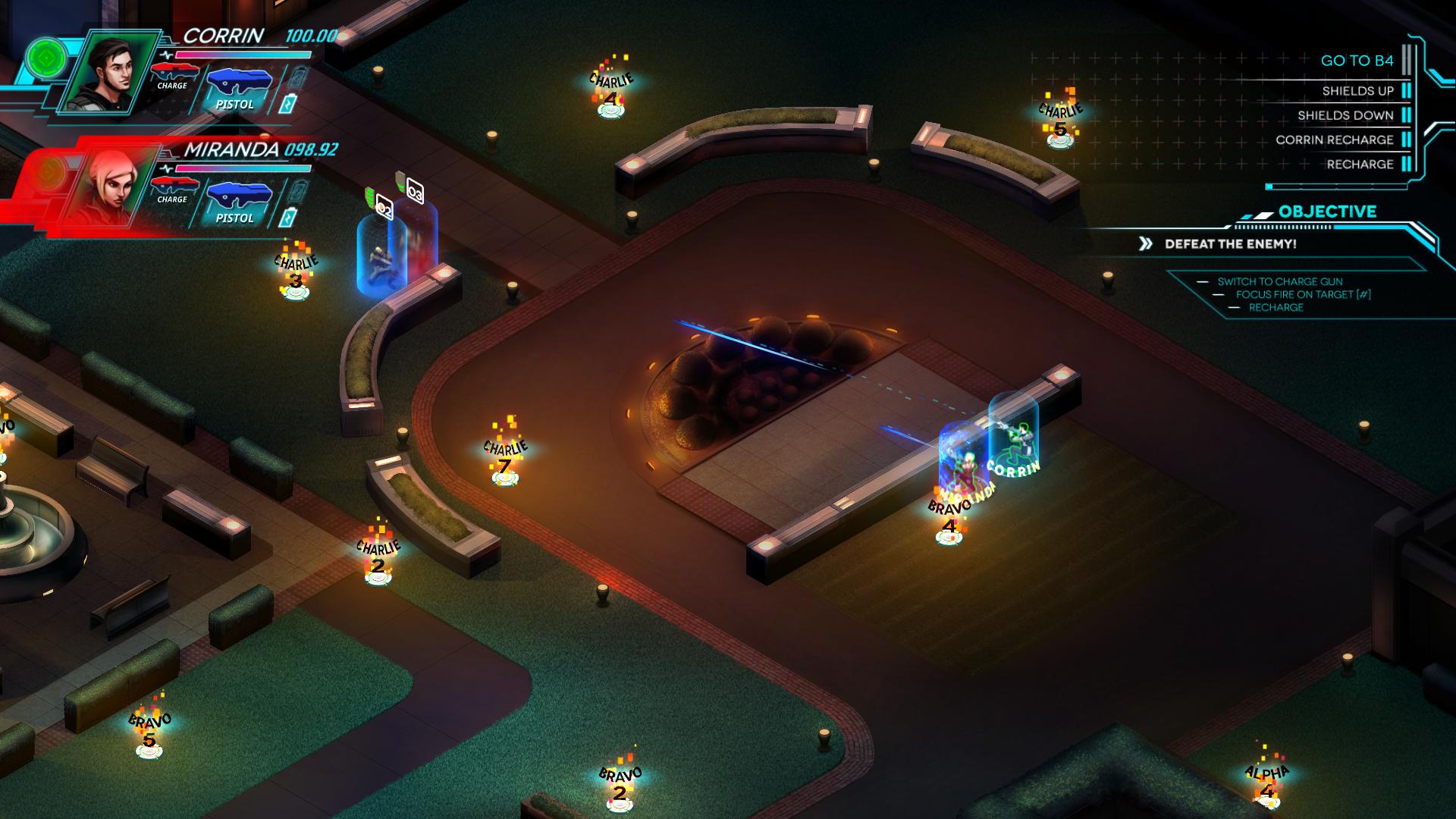 As for the RTS, there is enough strategy to keep things interesting, but not enough to bog the fast-paced fighting down into minutiae. Every party member can eventually bring three weapons out of a total of five, each with specific uses. The railgun is a powerful but expensive damage dealer. The charge gun is an area-of-effect grenade launcher. The screw gun does little damage, but can lay down enough suppressing fire to prevent an enemy from moving or returning fire. The sniper rifle is just that. With this diversity in tow, each map becomes a kind of puzzle, solved with clever positioning and weapon use. Opponents react to changes on the battlefield as they come up, but the difficulty comes more in the form of the volume of the enemies as opposed to their AI.

The core gameplay of 'There Came an Echo' is a success. However, everything built around that core serves only to drag it down. In Iridium’s push for a narrative-based game, they have drowned out the short, exciting squad segments with long-winded melodrama. The plot resembles 'The Matrix' film series, complete with a programmer/hacker protagonist who is woken up from his boring life and dumped into a mess of violence and occasional philosophical ramblings. The entire first scene mirrors the iconic meeting of Neo and Morpheus, so much so that it is referenced in the dialogue. But, not content to stay in the realm of satire, 'There Came an Echo' tries to stand on its own. 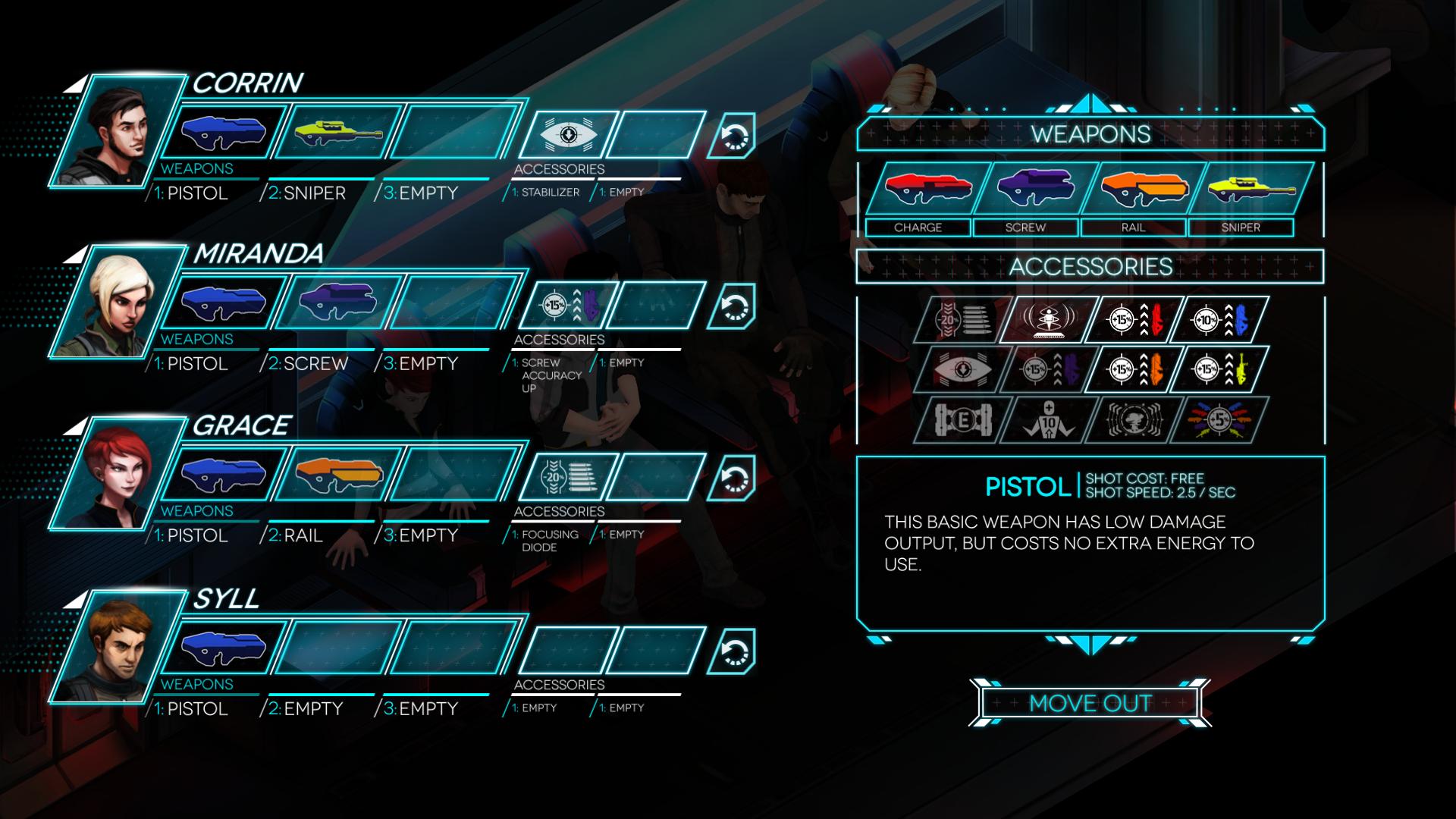 Only the short length and the energetic combat kept me interested past the first few scenes. As more characters are introduced, and the plot careens wildly from a simple chase to a caper and then throws in some eugenics, cloning, artificial intelligence, and seemingly everything else that the writers could lift from science fiction. The story begins to collapse under its own weight in the middle. It never quite makes sense and yet never quite falls apart, and many of the cutscenes can be skipped, for those less interested in experiencing the story. 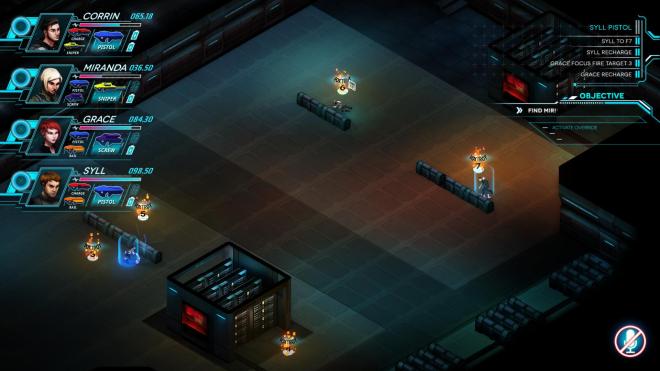 The game uses an isometric, top-down perspective. It looks neat and tidy, and the characters have decent (if not amazing) textures. This is a colorful kind of sci-fi, but the wide palette nevertheless conveys an overly uniform look. Character animations are rather odd, on the other hand. The camera presents a problem, as it doesn’t zoom out very far and pans slowly. 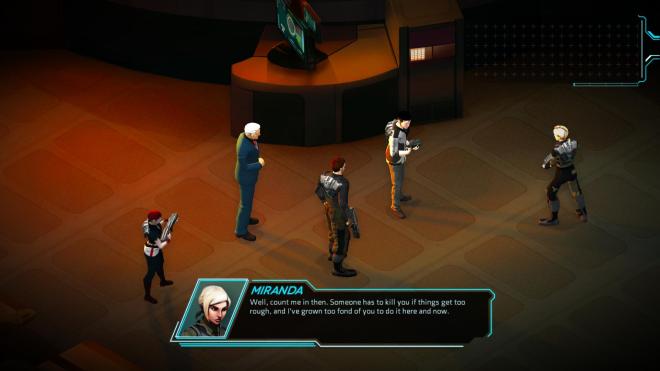 The score stumbles occasionally but is for the most part a worthwhile addition, even if it tends to loop itself into oblivion on longer levels. The voice acting is spottier - there is a decent cast, with entries like geek icon Wil Wheaton and Ashley Burch (Tiny Tina from 'Borderlands'), but some of the performances lag behind the pack. The script may have something to do with this.

This is where the voice controls could have really lifted the game into something great. The only mode outside of the campaign is a stock 12-wave War Room that has one map, lasts around 15 minutes, and cannot be tinkered with. The campaign itself can be beaten in 5-6 hours on the default difficulty. There is no horde mode, no character creation, no multiplayer, no level editor, or other modes to just sandbox around in. I would love to return to 'There Came an Echo' solely for the gameplay, but too much of it is hidden within the story. 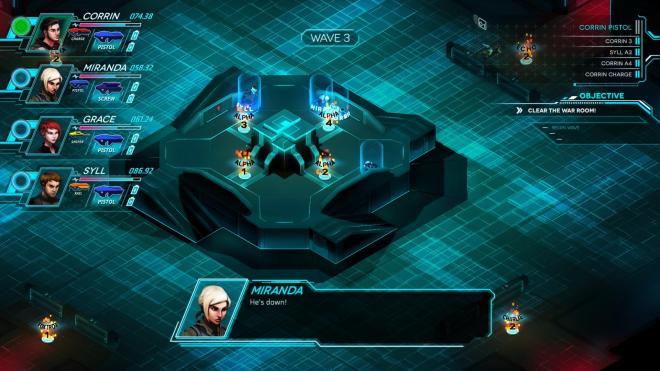 While 'There Came an Echo' has its problems, some of which seriously detract from its merits, I did enjoy my time with it. I can’t recommend it wholeheartedly, as it is quite thin on content and most players will probably put it away after less than a half-dozen hours. It is more than a tech demo with pretty window dressing (although the tech is great). I sincerely hope it is successful and Iridium takes it to the next level, as there is a lot of fun to be had with its mechanics.