The Game Itself
2.5 Stars
The Video: Sizing Up the Picture
4 Stars
The Audio: Rating the Sound
4 Stars
Replay Factor
3 Stars
Bottom Line
For Fans Only

One half of Capcom's double-tap of 'Devil May Cry' re-releases, following March's 'DmC: Definitive Edition', 'Devil May Cry 4: Special Edition' brings the game into current gen with not only a 1080p/60fps graphical upgrade, but with three new characters, and a host of new tweaks and features.

'Devil May Cry 4' already had its work cut out for it back in 2008, having to follow up what is still, to this day, the strongest game in the series. But even without the burden of expectation, and with Capcom showering a lot of current gen love on it, it is still, inescapably, a deeply flawed title.

What points 'Devil May Cry 4' earns are primarily from the solid foundation. Two generations of sword/gun action titles are built on the bones of 'Devil May Cry', and its basic structure is copy-pasted here, and still makes for a intellectually rewarding devil's dance of mayhem once one settles into a groove with the various combos and upgrades at their disposal. The aesthetic is definitely a plus, a constant stroll through the ancient and decadent places of worship that makes keeping your eyes on the work to be done difficult. It's still got a unique feel, when all's said and done, though it is, now, one we've seen, and lived long enough to see copied. 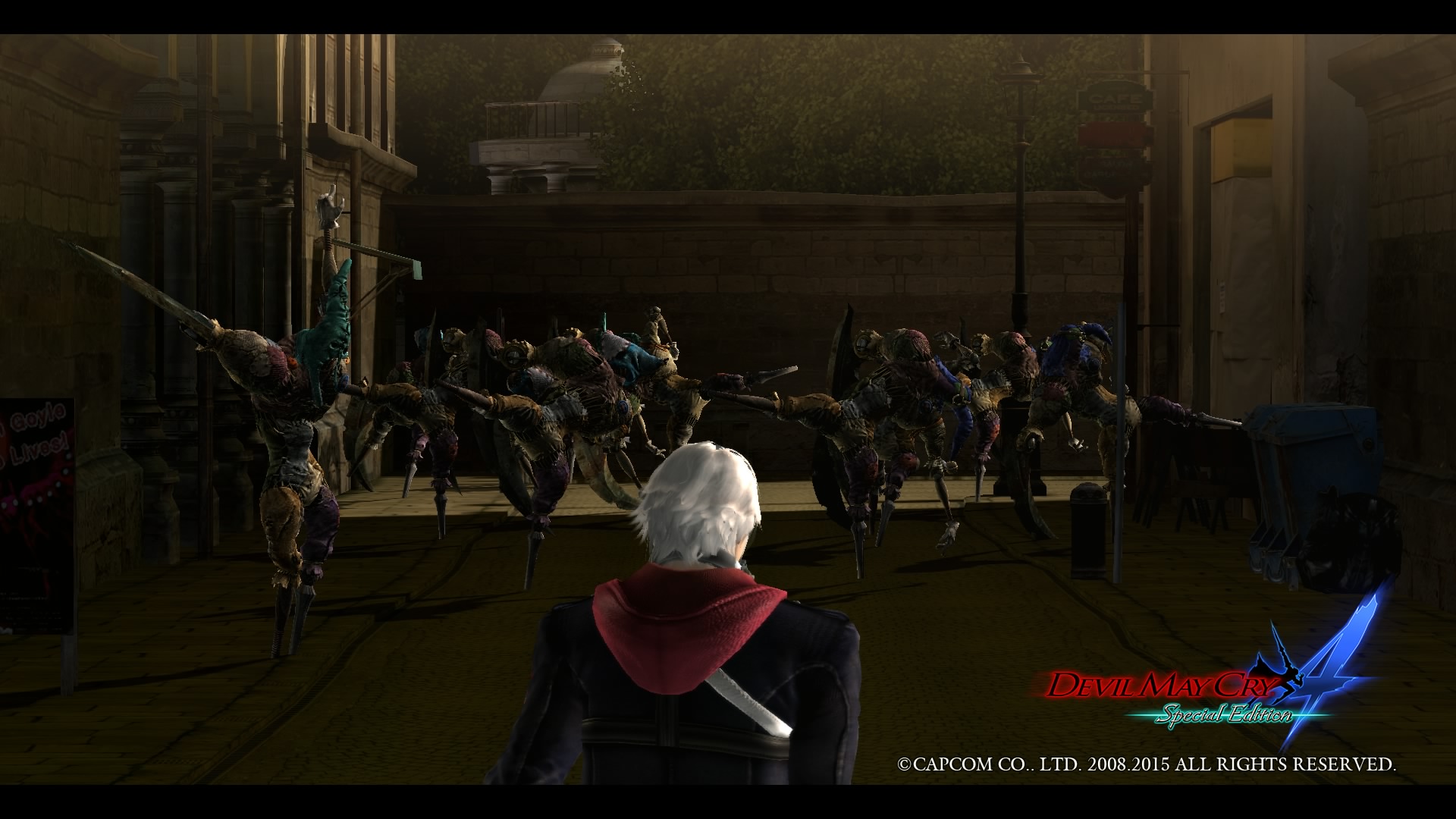 The game's biggest problem is still Nero, who is essentially the Raiden of 'Devil May Cry', but in fact even weaker, since even Raiden had discernible personality traits. Nero is Dante with the volume turned down; all of his tics, but none of the charm or lackadaisical wit. If Dante is Nine Inch Nails, Nero is Linkin Park.

It's a fact that extends to gameplay, where Nero has one good gimmick to his name--the Devil Arm, allowing him to snatch enemies from half a football field away--but the rest of his demon-slaying options, even after upgrading, are woefully ineffective, and lacking Dante's panache. 'Devil May Cry', at its weakest, skates by often on sheer force of cool. Removing that factor only highlights its weaknesses. 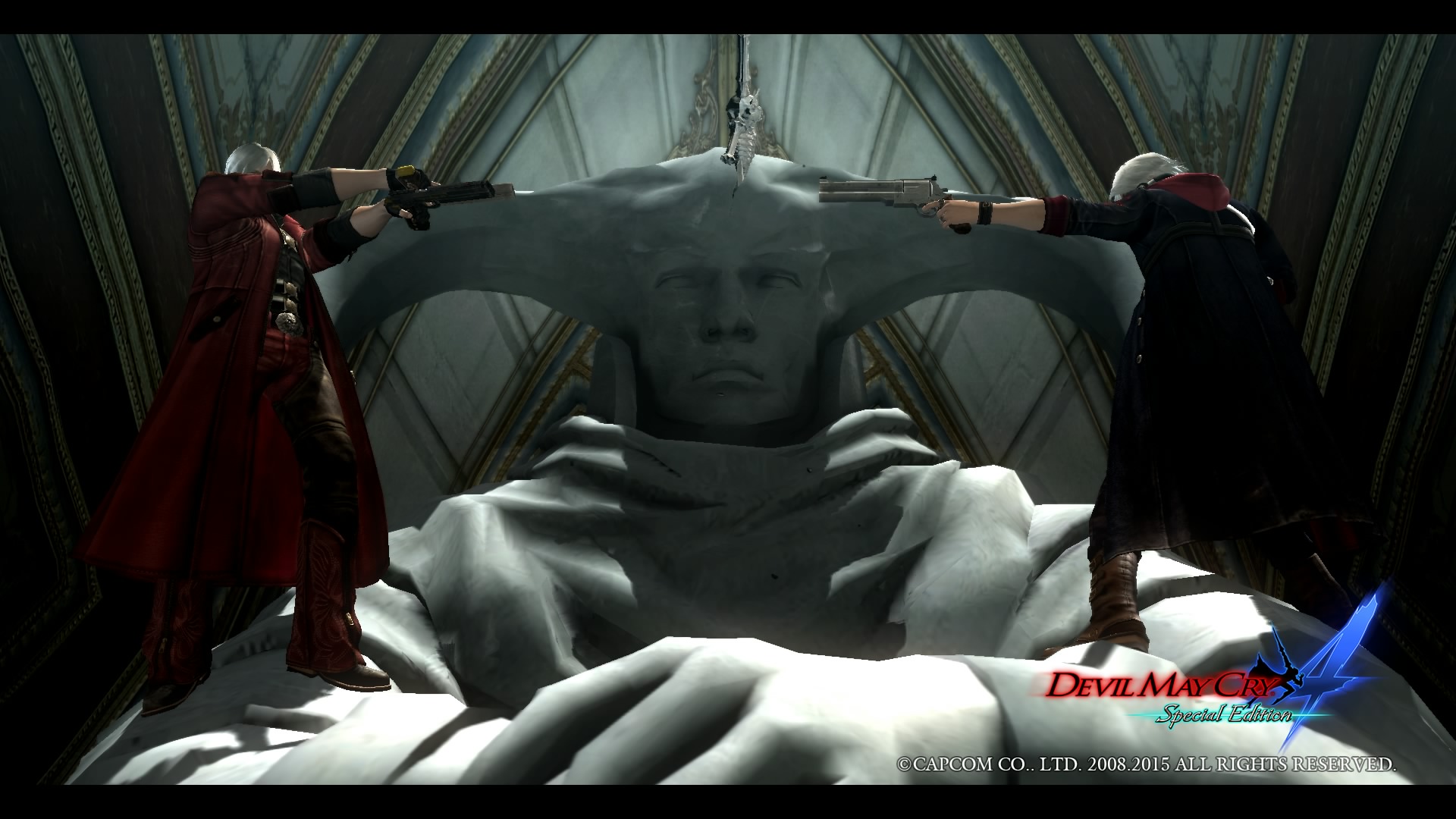 And make no mistake, while the original PS2 'Devil May Cry' titles have all aged to some degree, '4' is awash in steps backward from all of the third game's flexibility when it comes to movement, creativity and chaotic enemy placement, all hamstrung by the game's static camera angles, which already felt retro and weak in 2008. Now, it's an active detriment.

The game does provide respite, since the Special Edition no longer binds us to Nero for the duration. The mid-game switch to Dante is still here, but you have the option right from the word go to start the campaign as Lady, then switch to Trish for the Dante levels, or completely run the campaign as Virgil. Trish is the more deliriously fun of the three, offering some truly insane sweeping moves with her scythe, and a series of electrical hand-to-hand moves if she tosses it away like a boomerang. Lady relies primarily on gunplay, where she can switch between dual pistols, a shotgun, and a rocket launcher at the push of a button, but her close up attacks are lackluster. It's a very different sort of game you can play with her, but not a bad one. Vergil is closer to Dante in style, but much faster swordplay. 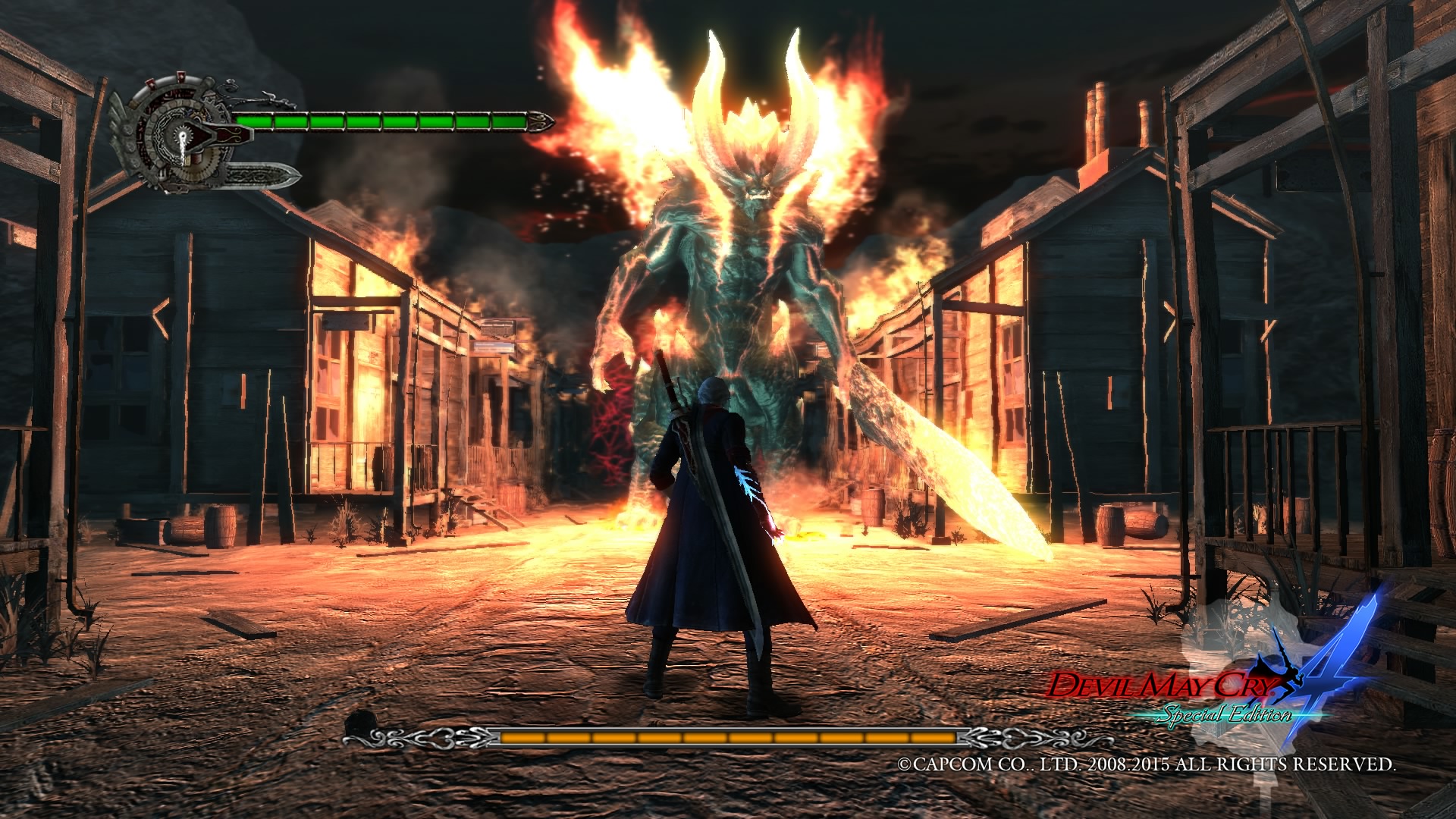 The peripheral new characters are definitely a reason to replay through, but the same wall of repeating, uninspired design choices and poor placement is still ever present, and grows worse with the later chapters. It doesn't help that the new characters only get new intros and new end scenes, and the rest is spent retreading Nero's and Dante's path, which, as it is, ends up retreading itself later on. The new Legendary Dark Knight mode adds more enemies, but adding it to the game is the same as saying what would really help this school cafeteria hamburger is more bread. The story ends up being little more than a save the princess yarn, where the princess is a blank slate, only able to coo Nero's name to her own defense. It's a deadly combination of uninteresting factors that do very little to justify the sequel's place in the canon any more than the failures of 'Devil May Cry 2'. 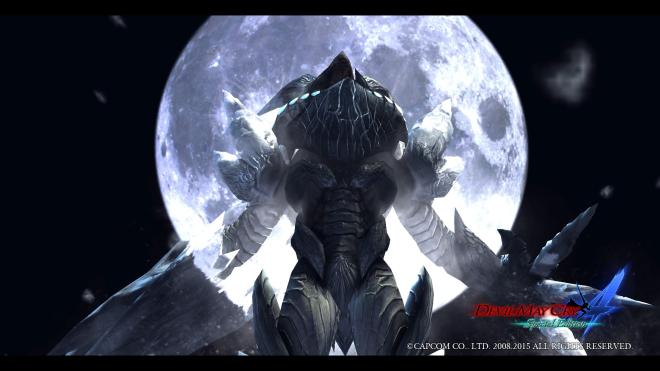 Unlike the nifty little once over Capcom gave 'DmC' earlier this year, 'Devil May Cry 4' is the exact same game on PS4, just given a high resolution spitshine. Still, the game was already one of the prettier titles on 360/PS3, and while the character models maintain a very PS2 mannequin quality, environments and enemies benefit huge from the HD upgrade.

The main issue is one that has always plagued the game: An overbearing bloom that's meant to cast the day scenes in idyllic light, but mostly just ends up washing out fine detail, and no amount of lowering the brightness in-game brings any relief. Still, it's hard to make 1080p/60fps look bad in motion, even with lower textures. 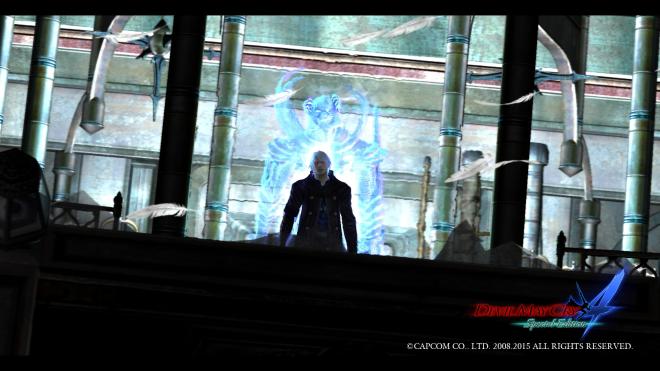 It's 'Devil May Cry', so, of course, it's a bullet carnival, scored to crunchy guitars, and the howls of the undead. Naturally, it's a ridiculous amount of dynamic sound design going on, full of satisfying slashes and clangs and whooshing supernatural energy. The score does get repetitive, with pseudo-KMFDM's muttered lyrics underscoring one too many fights, but its otherwise a nice little workout for the speakers.

For what it's worth, given the rest of the game, the portions are good. Bloody Palace is always a welcome addition to these games, and probably worth replaying more than the actual game. And because there's now so many different playstyles available, if you're hooked on the game, it's essentially a whole new title if you go through a few times. The repetition in the back half of the game is still an issue though, and boredom is a danger after a runthrough or two. 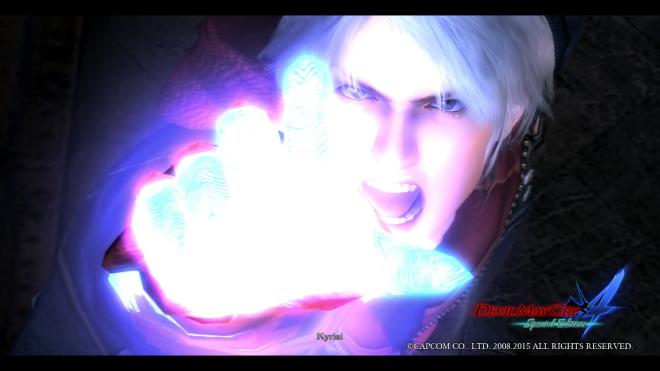 While remastering Ninja Theory's take on 'Devil May Cry' on current gen consoles felt like giving an underappreciated reinvention the platform it deserved, re-releasing 'Devil May Cry 4' on them is a sobering mirror, showing what the series should be leaving behind as we move forward. It's the kind of throwback that's more important for educational purposes than anything, a rough sketch homage where the series is capable of wild, vibrant ambition. There are those who still prefer the ain't-broke-don't-fix-it approach of the game, and more power to them. They will be pleased by the TLC, But the reboot showed the way forward. The fandom should follow suit.