Obsidian Entertainment was built from the remains of Black Isle Studios, which dissolved in the early 2000s when its parent Interplay was struggling. They were responsible for some of the most memorable RPGs of the 90s, such as 'Fallout 2', 'Icewind Dale' and the inimitable 'Planescape: Torment' ('Baldur’s Gate' is sometimes associated with Black Isle, but most of those games were actually developed by BioWare). More recently, Obsidian has developed RPGs like 'Fallout: New Vegas' and 'South Park: the Stick of Truth.'

In 2012, Obsidian launched a Kickstarter campaign for a title reminiscent of their earlier successes. They dubbed it 'Project Eternity' and it quickly became the most successful video game Kickstarter to date, and ultimately collected a budget of over four million dollars. Now, after some delays, we have 'Pillars of Eternity', whose crowd-funding campaign is credited for singlehandedly saving Obsidian from collapse.

'Pillars of Eternity' is an isometric, party-based strategy RPG set in a high fantasy world complete with swords, magic, and undead galore. Obsidian wasn’t kidding when they said they were drawing on the old Infinity games for this one. Players of those venerable titles will feel instantly at home. Combat isn’t quite turn-based, but nor is it freeform or twitch-based. It’s similar to the Active Time Battle system of a 'Final Fantasy', where each combatant takes actions with turns but the battle carries on if the player doesn’t properly assign each action. The player can pause the game at any time to queue up party commands, explore the weaknesses of the opponents, or in my case, take a deep breath and try really hard not to die. 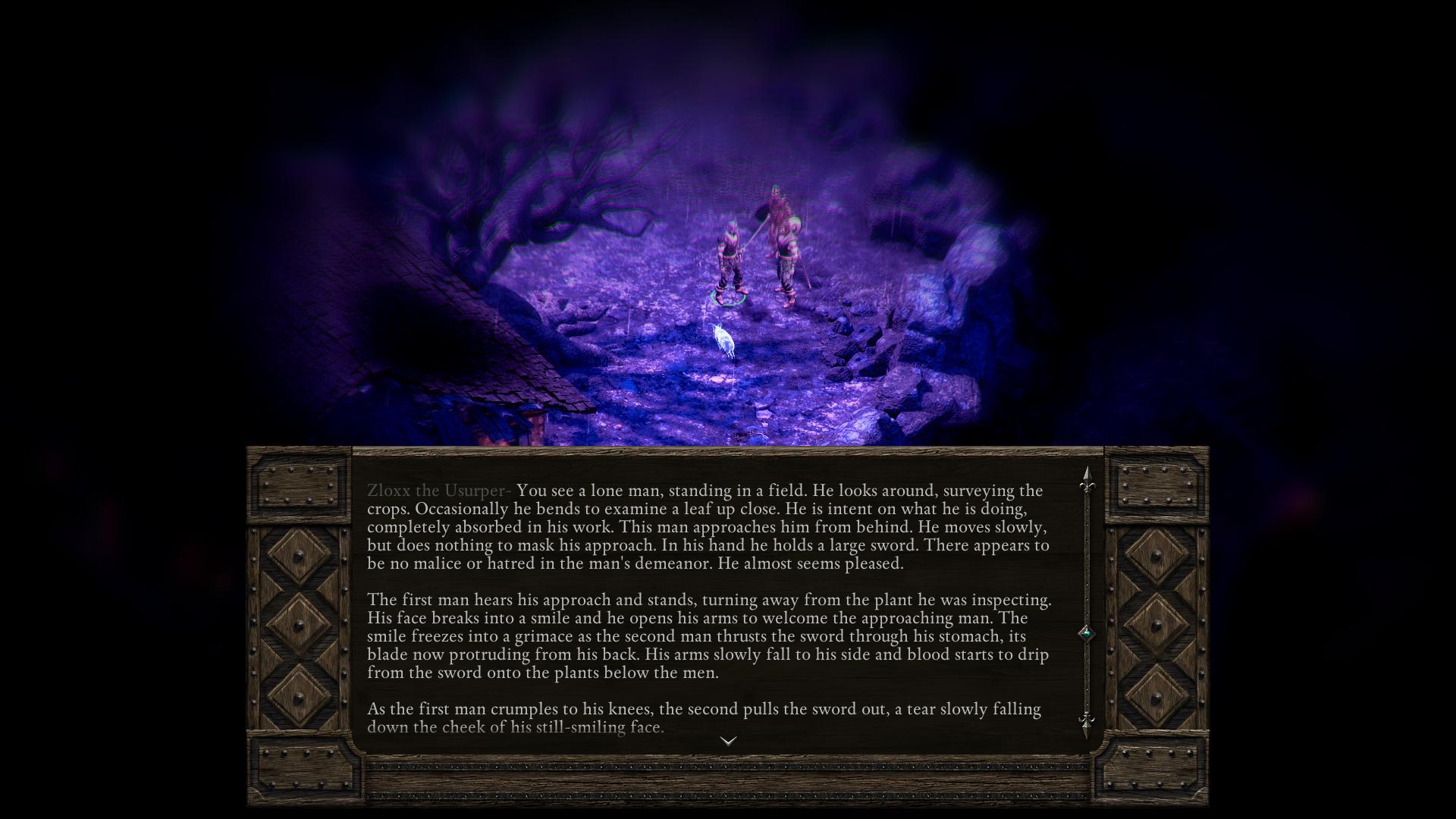 This is a challenging game when played on Normal, and I’m not ashamed to say that some fights are tough even on Easy without proper preparation. Outside of pausing, battle tends to move pretty quickly, so charging in recklessly frequently leads to a party wipe in just a few seconds. But, when I took my time and planned out my party’s tactics in advance, I could often breeze by with only a few wounds. That strategy is the single most important difference between a game like 'Pillars of Eternity' and many of the action games being passed off as RPGs these days. Combat in 'Pillars' is like a very complicated game of chess, but with axes and fireballs. It's in this way that it also draws inspiration from the 'Dungeons and Dragons' tabletop gaming series. 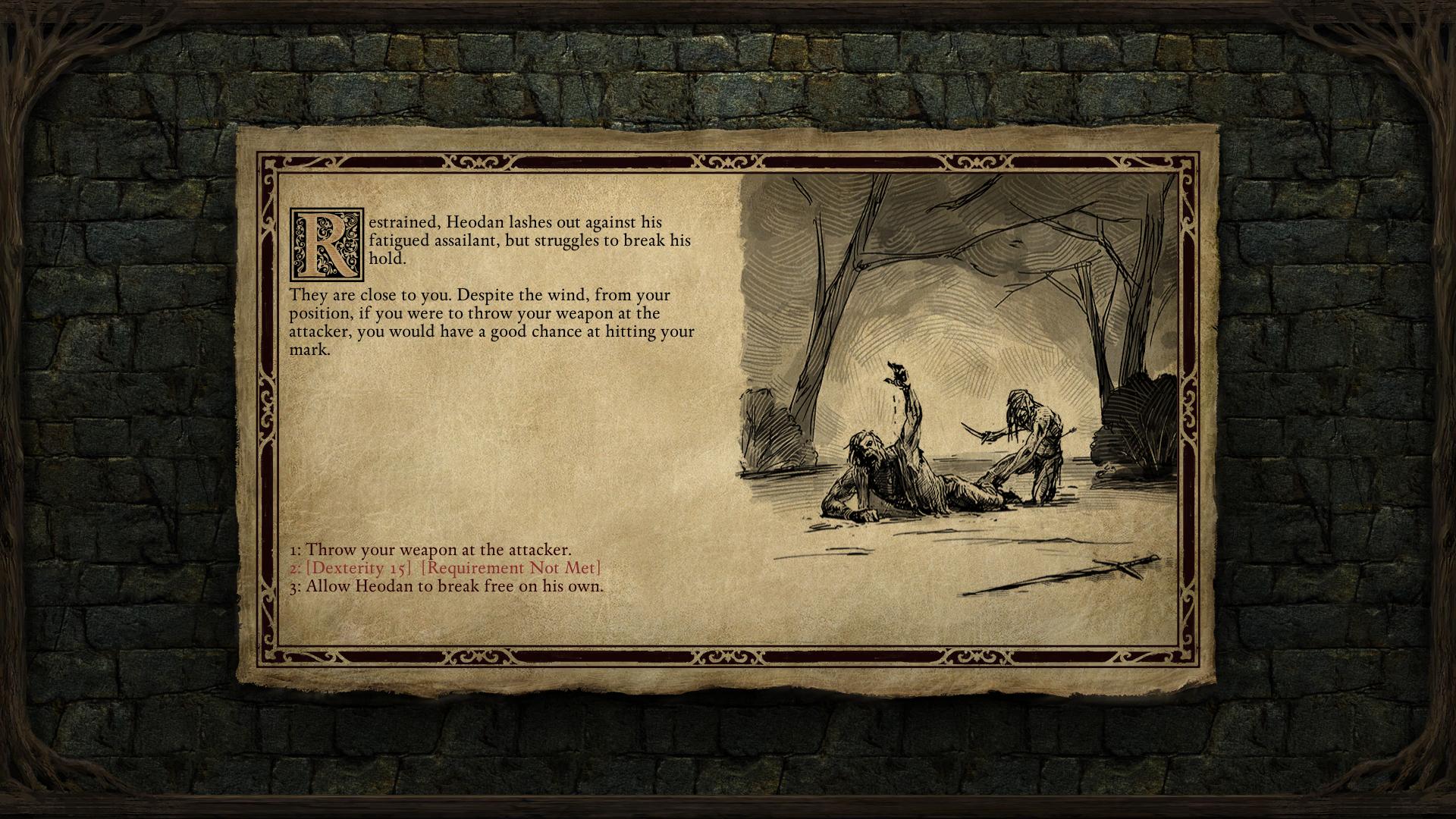 There are many RPG conventions that any gamer can recognize - classes, leveling up, attributes, walking into strangers’ houses unannounced, etc. There are some surprises too, like the odd dual health system that limits how far the party can go in between resting. The mechanics work well and the class system is very deep, allowing for engaging strategy. The real strength of the game is its ability to camouflage all of that and make me feel immersed in the setting and the narrative. It’s a slow starter, but soon after getting the introductions out of the way, I was drawn into a dark story about souls and murder and slavery, and a whole bunch of other things that I wasn’t expecting. The player character begins as a settler, but a cultish event unlocks their ability to see and manipulate souls. They then take to the road to find answers to their condition, and meet a lot of interested parties along the way 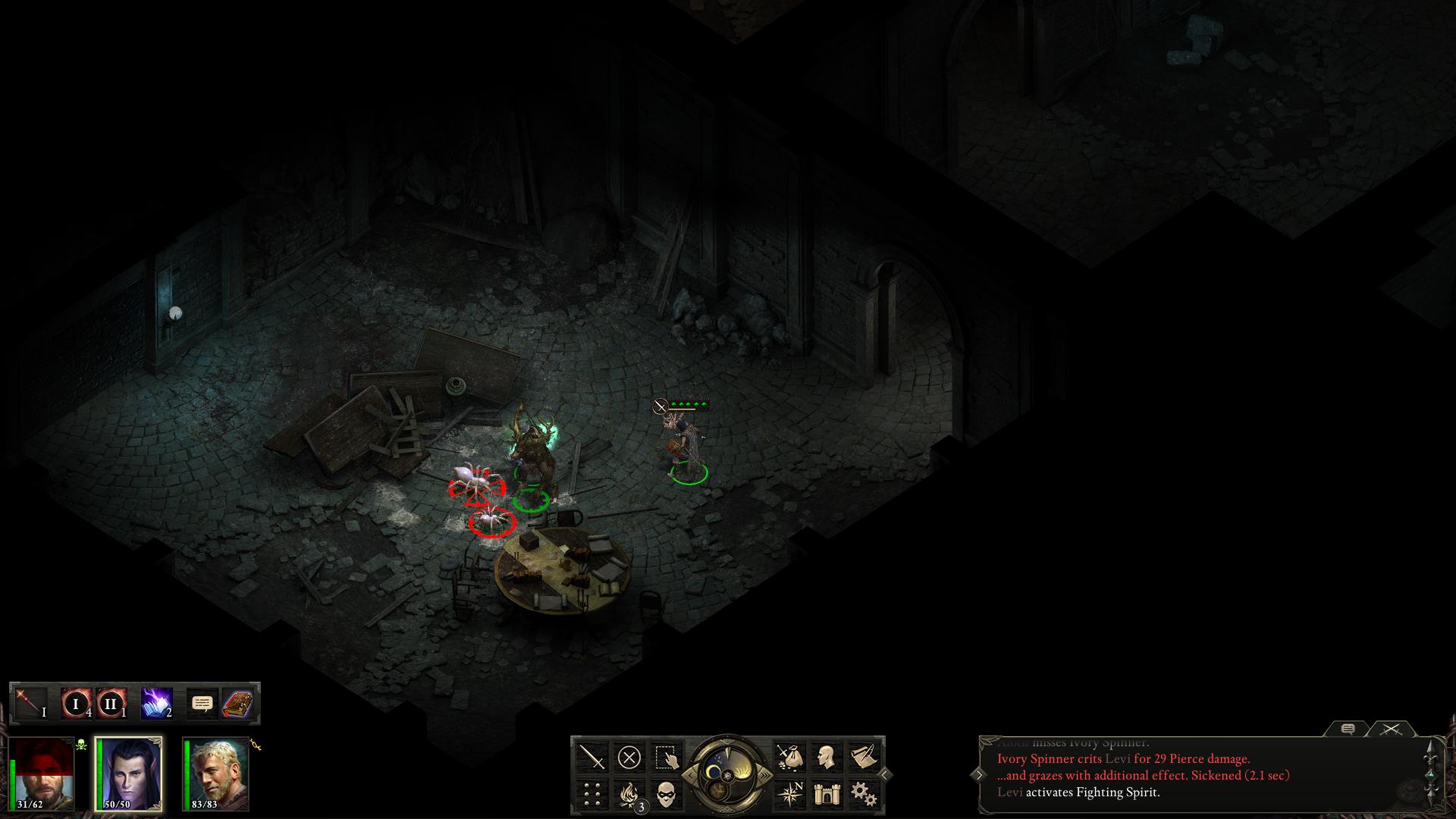 'Pillars of Eternity' is a massive open world. It doesn’t get sucked into the self-importance of its own narrative; instead it allows the player to explore the world on their own terms. Unlike many sandboxes that offer a sitcom experience, where each event is handled in a vacuum and rarely mentioned again, the world of 'Pillars' remembered everything I did. NPCs often surprised me - sometimes a good surprise, sometimes not so good, but often in ways that reflected how I had treated people during my journey. Even the side missions have a level of depth. Everything is well written, with exacting detail. Much of the information is conveyed via text cards, and many decisions are made with conversation instead of combat. There are some clichés, like the dreaded fetch quest, but for the most part I was happy to read through hundreds of pages of the text. 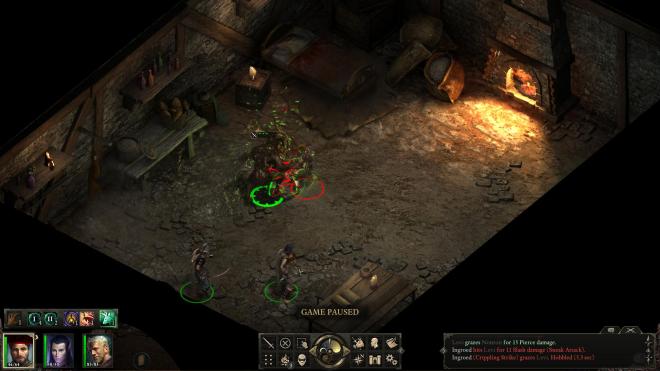 'Pillars' was created with the Unity engine, which is robust if not groundbreaking. The visuals look nice at a distance but tend to lack clarity when zoomed in. The spell effects can be pretty, especially the more powerful ones. The interface is easy to use but clicking can get a bit messy when there are a lot of creatures in the same spot. The camera’s inability to rotate is also problematic. The game runs smoothly and is nearly bug-free, although the load screens are frequent. 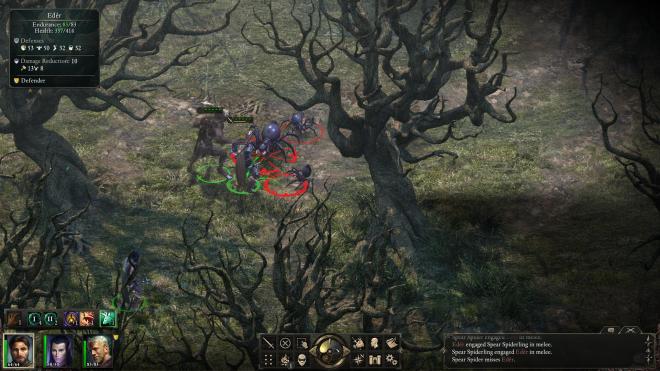 The score is excellent and has a sweeping, operatic feel. Sound effects are similarly well done. The voice acting is less impressive, and some of the dialog sounds as though it’s being read instead of performed.

This is a huge game and will keep the player busy for a long time, especially ones who like to track down every quest and treasure chest. The class, reputation, and personality system can make multiple playthroughs very different. And to top it all off, there’s a player-owned stronghold, complete with an optional dungeon. 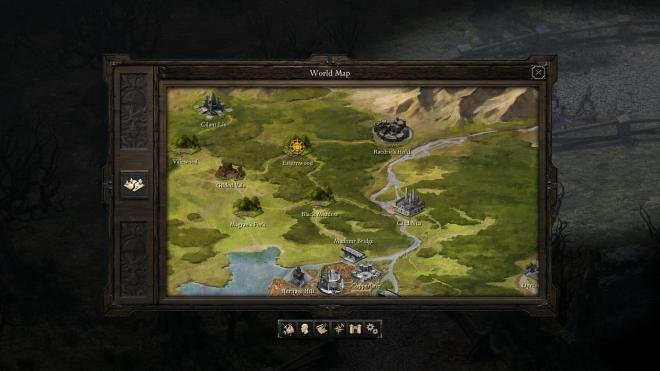 Obsidian's 'Pillars of Eternity' is a worthy successor to its ancestors and, in some ways, manages to surpass them. In terms of story, this is a worthwhile experience. In terms of content, it is a bargain. It is a strategy RPG for the ages.