The Game Itself
4 Stars
The Video: Sizing Up the Picture
3 Stars
The Audio: Rating the Sound
4.5 Stars
Replay Factor
1.5 Stars
Bottom Line
Recommended

Tales from the Borderlands: Atlas Mugged

Digital Xbox One version reviewed. Review contains some spoilers from previous games in the series.

'Tales from the Borderlands' uses a disjointed method of storytelling. In the first episode it was a bit hard to follow, but as the story is fleshed out, it’s a bit easier to keep up with. Our "heroes," Rhys and Fiona, have been captured at an unknown point in the future by an unknown, masked gunman and, en route to an unknown destination while being escorted by said gunman, they relay the story of how they came to be in this particular predicament. So, the perspective flashes back and forth between what is kind of the present, where Rhys and Fiona more or less fabricate their roles, and the past, where the bulk of the gameplay is to be found. 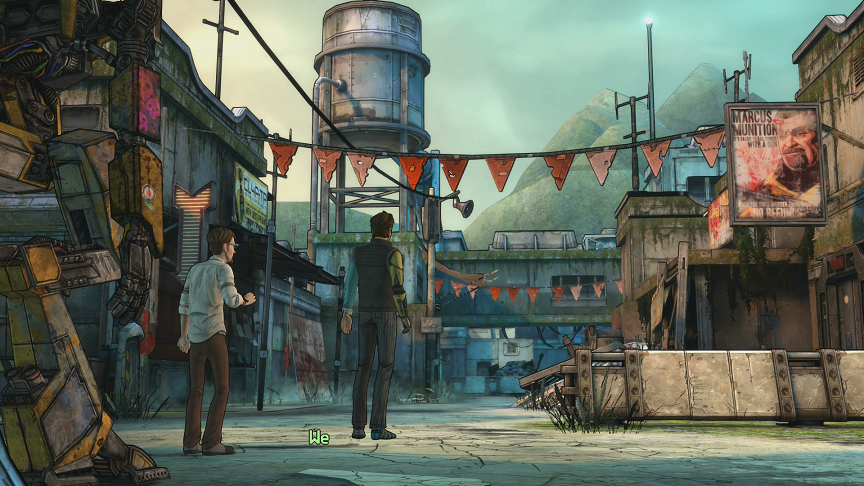 In this past, the plucky heroes and their trusty sidekicks Vaughn and Sasha have not only survived the Bossanova death race, but managed to win it (in my playthrough, at least). There was some betrayal and double-crossing and other mean things but I’ll leave out the details. At the beginning of 'Atlas Mugged', the foursome is again on the run in Fiona’s recently inherited and quite dilapidated caravan, fleeing from both Pandora’s lethal wildlife and the angry Hyperion Corporation. 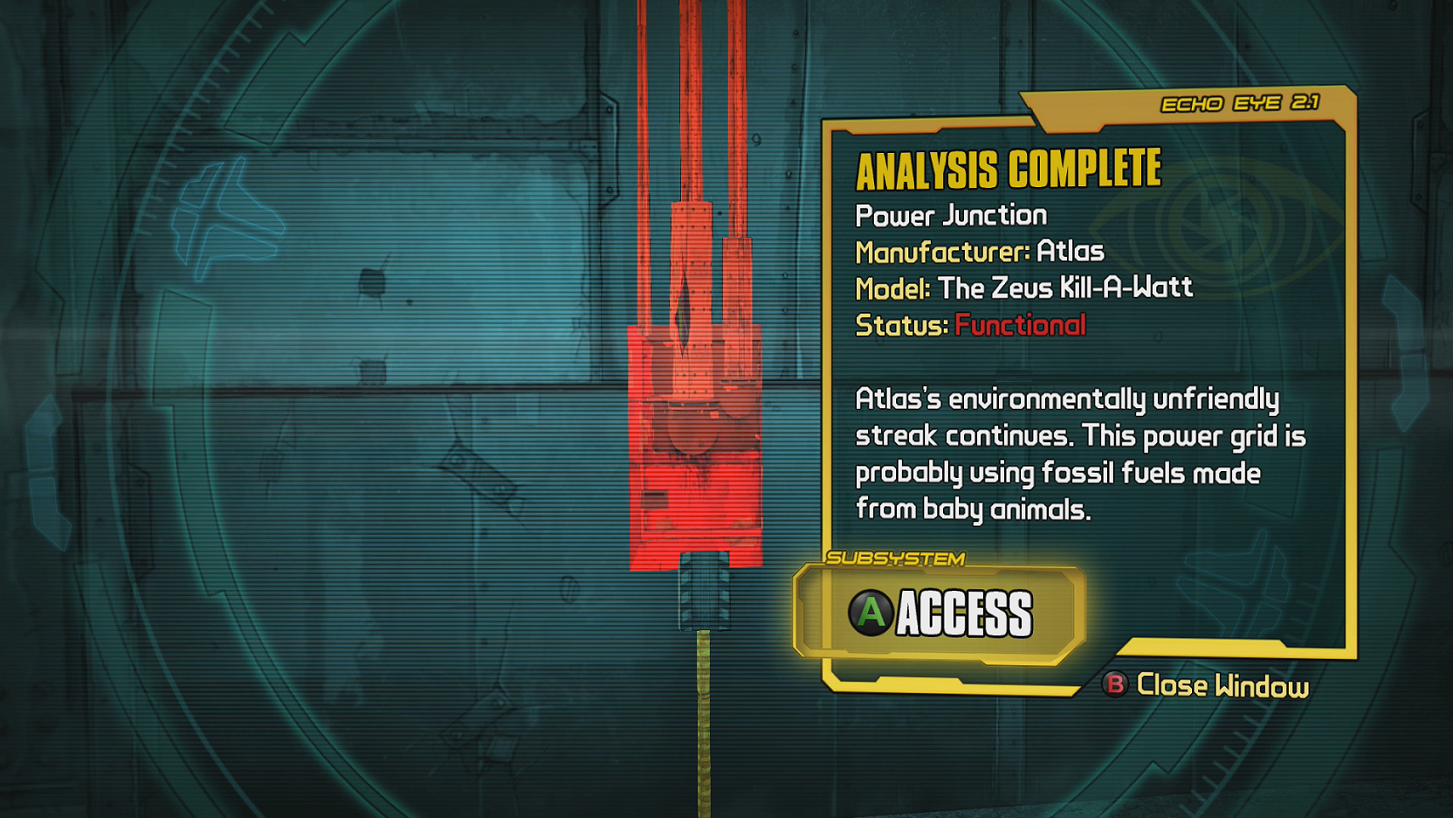 Rhys has also learned that, through some bug in his cybernetic implants, he is now accompanied by the interactive holograph of the murderous despot Handsome Jack, who of course met his end in 'Borderlands 2'. They can only speak to each other, and this exchange allows for some of the best characterization for Jack so far in the series. Normally he is little more than a stand-up comedian with a penchant for narcissism and casual violence, but now as a ghost he can actually talk with people instead of just yelling at them. I mean, he can talk with Rhys at least.

The former Atlas assassin (and playable character from 'Borderlands: The Pre-Sequel') Athena also makes an appearance. But, like Zer0 from the last episode, she provides little more than a cameo. A cameo here and there doesn’t hurt, I suppose, but the four main characters are doing very well on their own. Their dialogue is hilarious, especially the meek little Vaughn. While Rhys and Fiona met as rivals, their relationship is taking more of a sibling rivalry form, where they make fun of each other incessantly but ultimately are on the same team. Well, in my game anyways - in other playthroughs, a more antagonistic approach is possible. 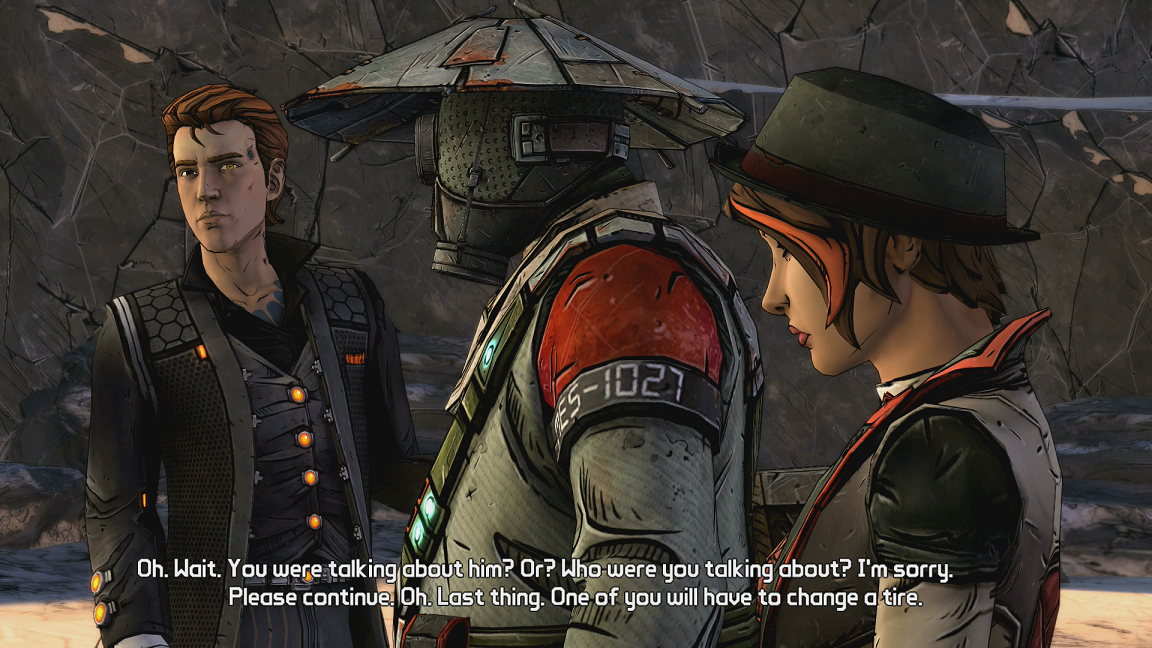 Despite all of the jokes and slapstick humor that defines 'Borderlands', the writers are doing an admirable job of keeping most of the characters believable and even likeable. It tells a story that doesn’t take itself seriously at all, but doesn’t devolve into mindless non-sequiturs and toilet humor at every opportunity (there is some toilet humor, though). It is and will almost certainly remain a very different experience from 'The Walking Dead' or 'Game of Thrones', where the mood is oppressively dark and the deaths are personal. In 'Borderlands', death is often a joke or cause for celebration, especially when it happens to henchmen. 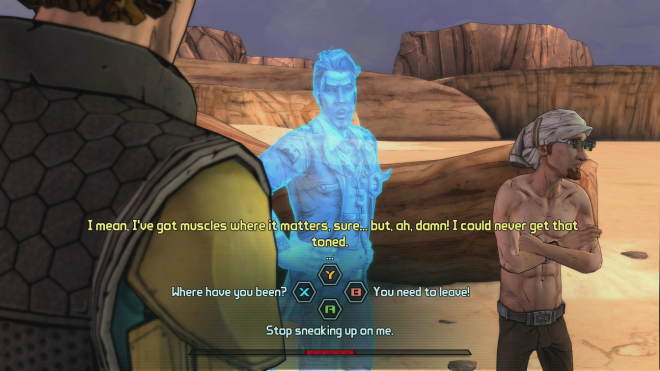 'Atlas Mugged' is a Telltale game with a coat of 'Borderlands' paint. Pandora is a dry, desolate wasteland, filled with filthy bandits and sleazy con artists. The visuals relay this environment aptly, although the textures sometimes suffer. Telltale’s signature hangs and freezes make their usual appearance, but aren’t as dramatic as usual. 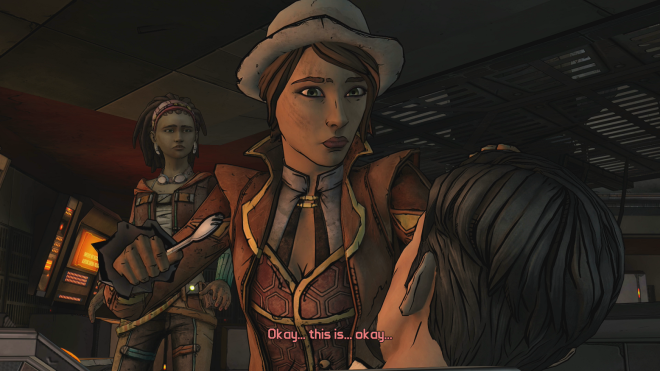 This episode replaces the dubstep of 'Zer0 Sum' with the more guitar-heavy faux Western rock that we’ve grown accustomed to in the FPS series. The score is well done, and the voice acting is sterling as usual. Like the video, there are some audio stutters, but usually only briefly after the game returns from a pause.

Per the usual for adventure games, all of the 2-3 hour duration of 'Atlas Mugged' is best enjoyed sparingly. 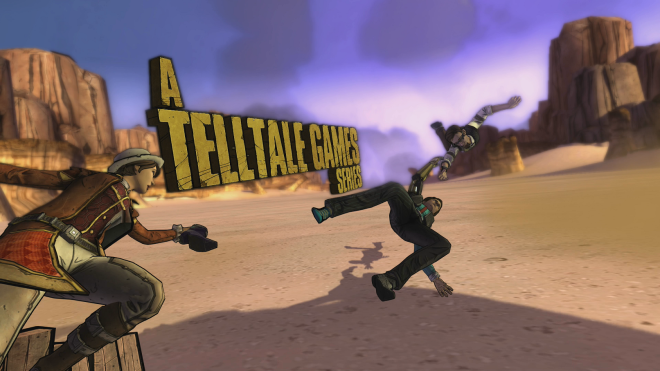 'Atlas Mugged' is a strong episode for 'Tales from the Borderlands', if not a standout one quite yet. The series is still absolutely worth the cheap entry price.