The Game Itself
3 Stars
The Video: Sizing Up the Picture
4 Stars
The Audio: Rating the Sound
3.5 Stars
Replay Factor
3.5 Stars
Bottom Line
Worth a Look

Xbox One version reviewed. As an expansion pack, 'House of Wolves' requires the base 'Destiny' game to play.

'House of Wolves' is the second paid expansion and the last of the season pass content for 'Destiny', following December’s 'The Dark Below'. Instead of the undead Hive faction, 'Wolves' focuses on the Fallen, four-armed aliens with a dislike for humanity. The House of Wolves is a sect of Fallen that has rebelled against the Queen, an Awoken who has proclaimed herself ruler of the Reef, a space station found in the asteroid belt.

'Destiny' held my attention for the better part of a month after it was released in September 2014, and then my interest quickly petered off. As addictive as the gunplay was, it was just more of the same every day. I would log in, collect my daily events and bounties, shoot angry aliens for an hour, log off, repeat the next day. All of the spark had gone out of our relationship. Bungie’s paltry first DLC, 'The Dark Below', not only added very little to the formula, it was notorious for shutting down exotic weapon advancement and neutralizing much of the incentive for the daunting Vault of Glass raid. 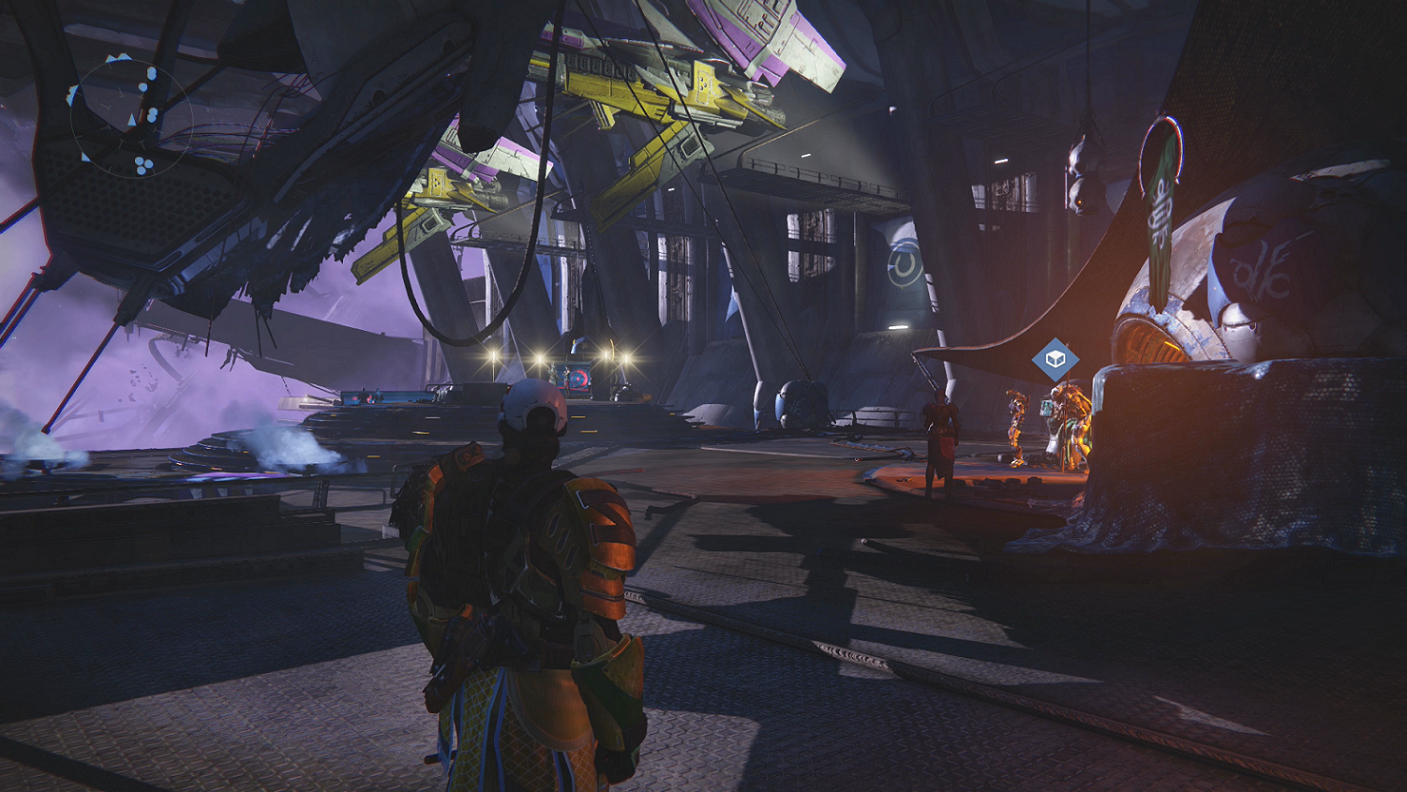 Fast forward five months and we have 'House of Wolves', which resurrects the very brief Queen’s Wrath event from shortly after launch and turns it into something quite a bit larger. Available with the DLC are four new story missions, one strike, some quests (kind of a cross between missions and bounties), a social hub, vendors, three Crucible maps, the weekend Trials of Osiris PVP mode, the Prison of Elders, and a slew of equipment.

First and foremost, let’s all rejoice for the fixing of the exotic gear upgrade system. No longer are we locked into a titanic struggle with Xur every weekend - now any legendary or exotic piece of armor can hold the maximum amount of light when it is fully upgraded, and it can be done so at any time through the menu (so long as you possess the relatively rare materials). This allows for much more flexibility when it comes to equipment selection, although I will probably hold onto the Armamentarium chest piece to my dying breath (I just love the grenade spam).

The new story missions are the same as ever - recycled maps, recycled enemies, recycled objectives. The major exception is the last mission, against the leader of the Fallen insurrection, Skolas. It was a great fight on a beautiful map custom made for the DLC, with a little bit of the wonky platforming thrown in from the Vault of Glass. It is one of the high points for PVE content in the DLC, but all is not lost. The Prison of Elders replaces the raid with a three-person, horde-style arena battle. There are four varieties, one each at levels 28, 32, 34, and 35, with some weekly rotation and objectives thrown into the mix to spice things up. Completing the Prison nets the player some goodies, with a potential for very nice goodies if they happen to posses treasure keys, earned from defeating Fallen rebel leaders throughout the solar system. While the Prison is not the exhausting, lucrative, and potentially amazing experience of a raid, it is still nice to have more PVE choices, even if it’s just a permutation of horde. Unfortunately, Bungie elected to not offer matchmaking for the Prison, except for the lowest tier. 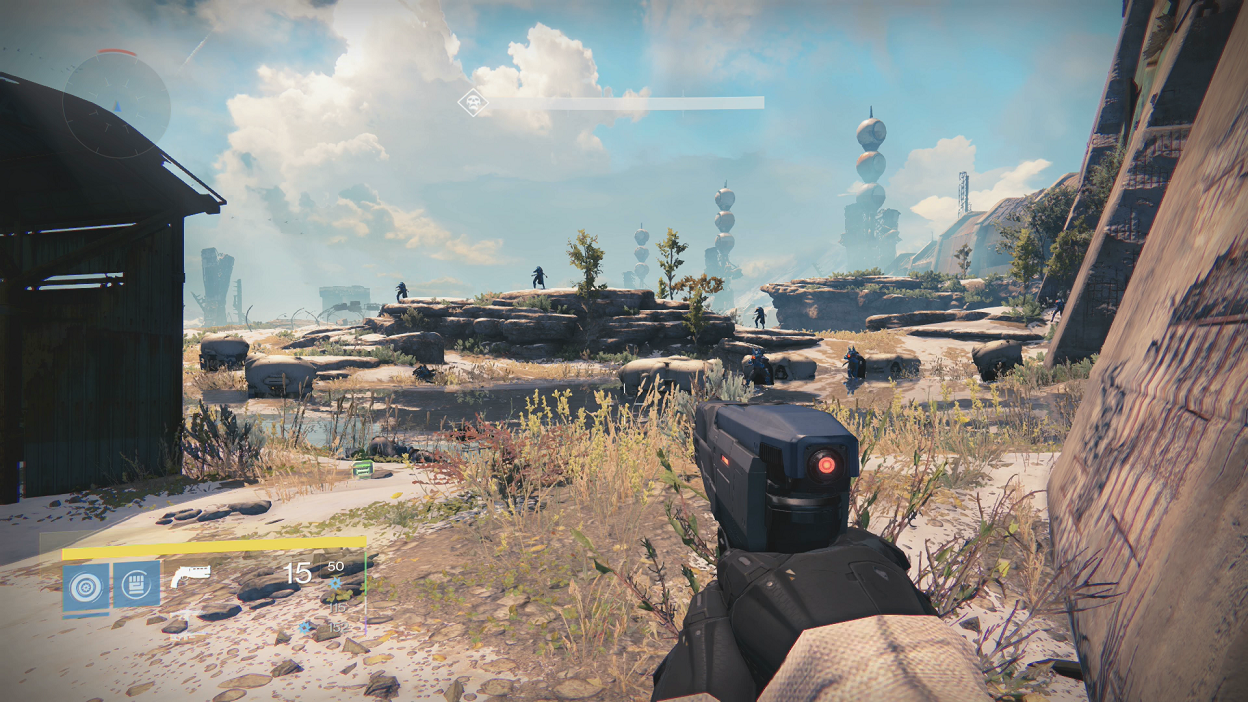 The PVP content consists of three Crucible maps (four for PlayStation players) and the Trials of Osiris. The maps are quite good, with my particular favorite being the Widow’s Court. It takes place in a ruined neighborhood in the European Dead Zone, with the centerpiece being a large cathedral that has seen better days. The map is medium sized but has so many twists and turns that the sight lines are short, allowing for close combat. The Trials are a weekend-only event that has teams of three guardians pitted against one another in a sort of randomized tournament format. Like the Iron Banner, guardian levels do count for the purpose of calculating armor and weapon effectiveness, giving the advantage to those guardians who have achieved the newly raised level cap of 34. This mode is a nice option for players who want a more hardcore PVP experience, although like the Prison, there is no matchmaking for your team. The no matchmaking thing is becoming a real problem in this multiplayer-only game, Bungie. 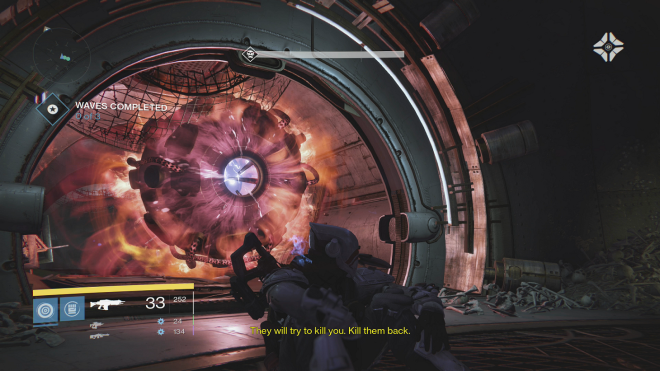 'House of Wolves' relies less on rehashing visual assets than its predecessor does. The new environments are beautifully rendered, from the Queen’s purple-hued social hub in the asteroid belt to the aforementioned boss battle against Skolas. The Crucible maps all look and play very nicely - Bungie’s experience in this area is evident. Also, the Egyptian-themed gear from Osiris is pretty slick. 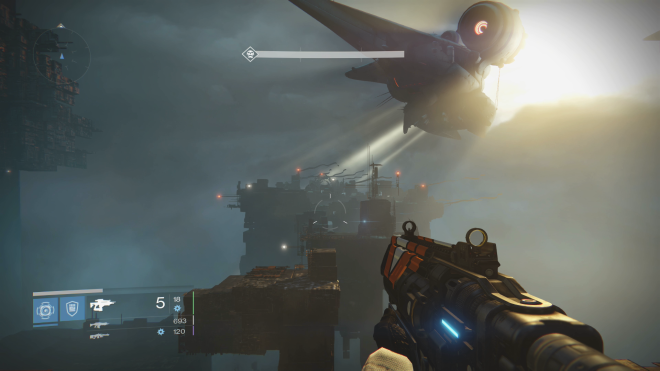 Little of note to report here. I didn’t notice much in the way of new music, but weapon sound effects are as powerful as ever. Voice acting comes in the form of Queen’s servants Petra and Variks, the latter of which is quite good.

Absence makes the heart grow fonder, as they say, and this might be the case with Osiris. It is only available for a few days each week, allowing guardians to stock up on passage coins and practice in the Crucible between each session. The Prison has semi-random objectives and enemy sets in its playlist, giving it some variety. The most fun I’ve been having, to be honest, is hunting down the Queen’s bounties. While on patrol, Wolf squads will descend from the sky in large numbers to harass guardians, especially while they are working on unrelated activities like public events. This can lead to huge shoot-outs between a half dozen guardians, the Wolves, and whatever faction also happens to be loitering in the area. Afterwards, a timed chest spawns at an unannounced location somewhere in the zone, sending all of the guardians scattering to find it. 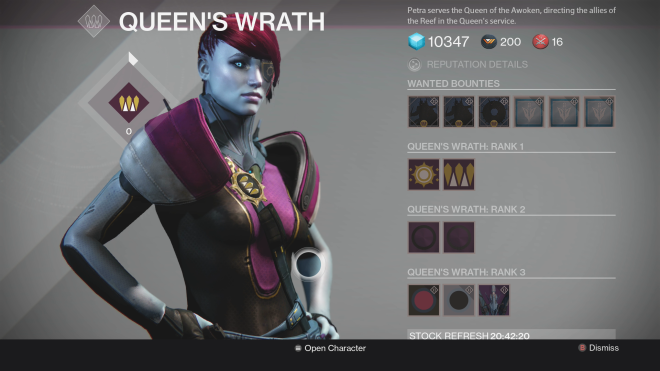 'House of Wolves' is a better attempt at post-release content than 'The Dark Below', although that particular achievement is of questionable difficulty. We get some fun new things that have the potential to hold our attention for awhile, at least. I wouldn’t say it’s worth $20, but if you’ve already purchased the season pass and have been neglecting 'Destiny', it might be worth your while to come back and take a peek.