The Game Itself
4 Stars
The Video: Sizing Up the Picture
4 Stars
The Audio: Rating the Sound
4 Stars
Replay Factor
3 Stars
Bottom Line
Recommended

'Wolfenstein' is an ancient series, having started in 1981 for the Apple II computer. In the 90s it became an FPS franchise, which was rebooted with 2009’s 'Wolfenstein'. 'The Old Blood' is a stand-alone, two-part prequel to last year’s 'The New Order'.

'The Old Blood' is set in 1946 in the alternate history of the 'Wolfenstein' universe. In this divergence, the Allies never won World War II, and Nazi forces have managed to discover powerful technologies that are way ahead of their time, like robotics and cybernetics. Despite this level of sophistication, much of the tech has more of a vintage steampunk aesthetic. Batteries haven’t been developed to an advanced degree yet, for instance, requiring superpowered cyborg ubermensch to be connected via cabling to a stationary power source when on patrol. 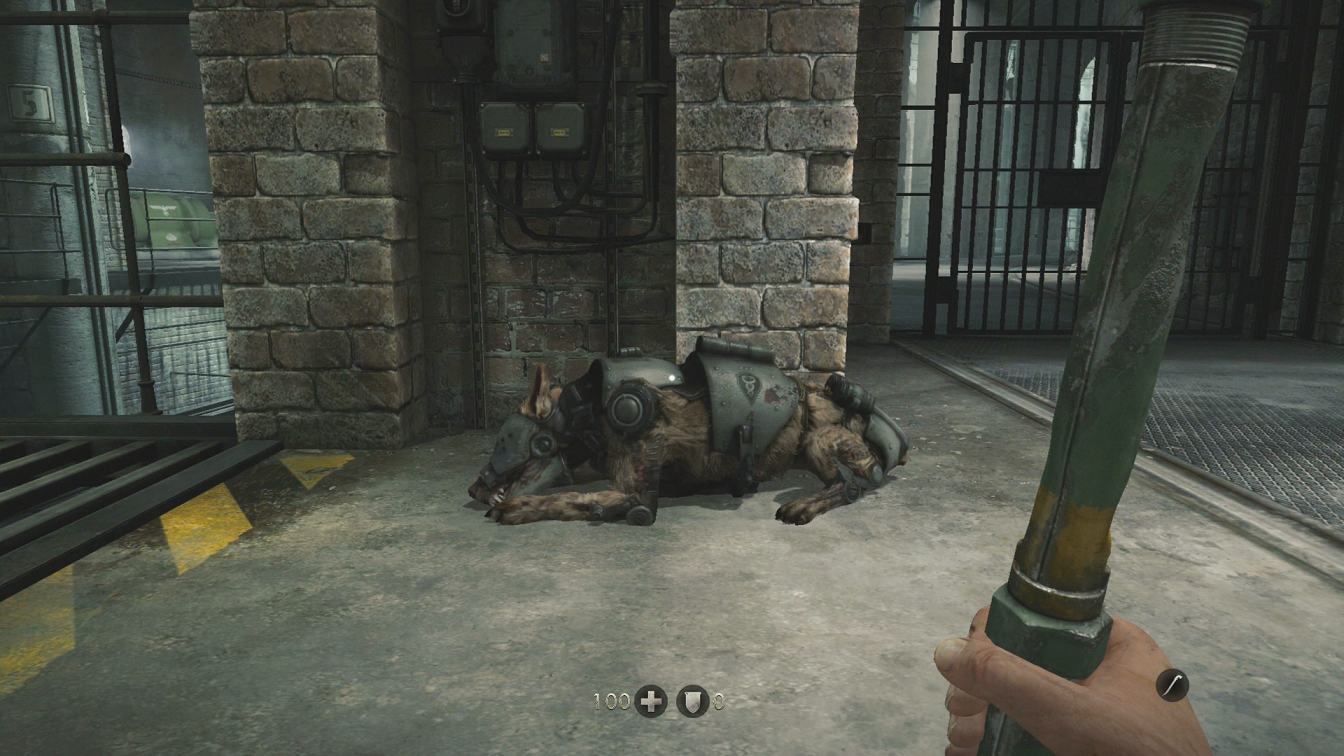 While 'The New Order' was set in 1960, long after the Nazis had pacified much of the Western world, 'The Old Blood' takes place while the war still rages in Europe, although defeating Germany’s engineering is mostly a foregone conclusion. The Polish-American special ops soldier BJ Blazkowicz is on a mission to infiltrate Castle Wolfenstein and steal documents pertaining to occult operations spearheaded by one of the Fuhrer’s lieutenants. He does this with only an SS uniform and bad German, and of course is soon captured and imprisoned by a butcher of a prison warden. 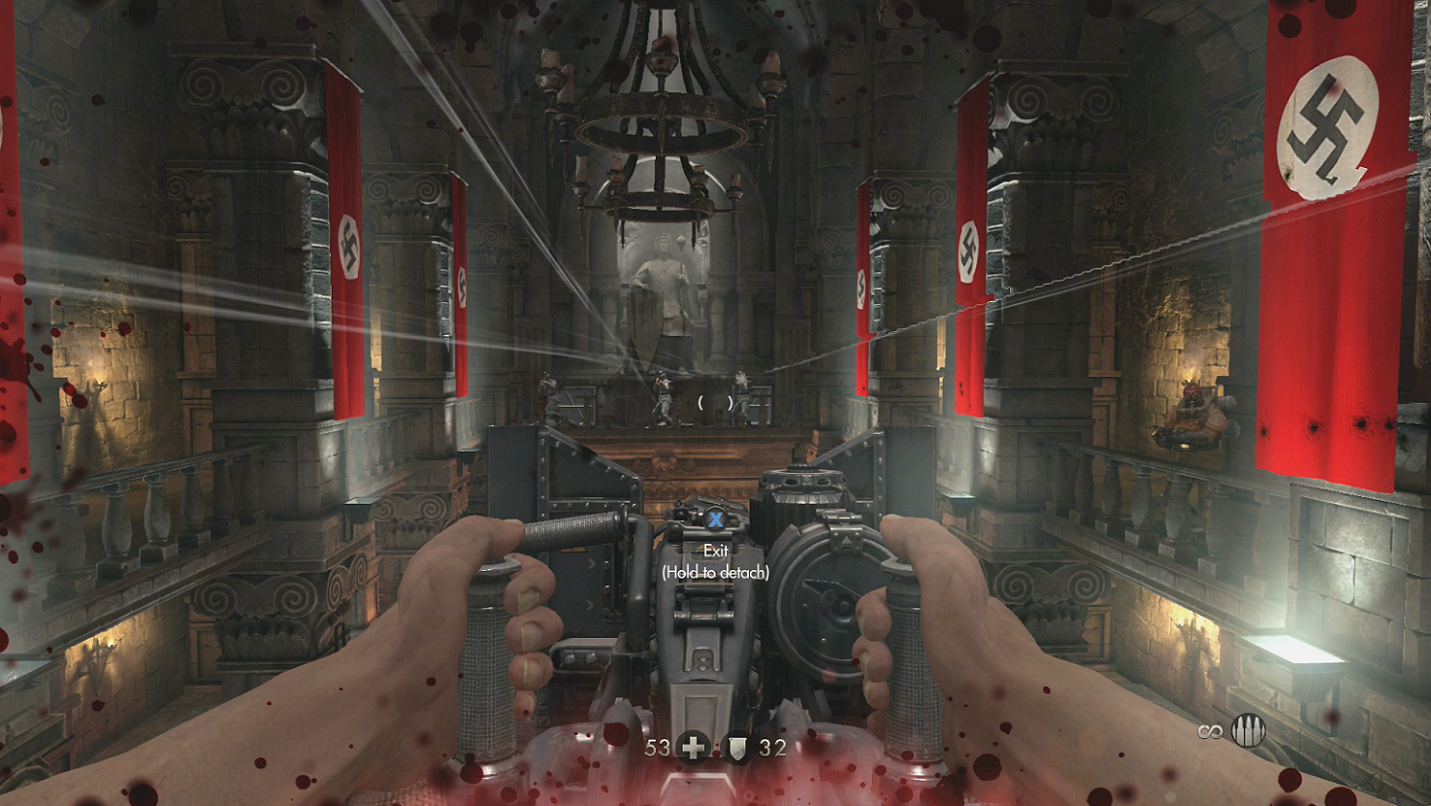 While it is stand-alone, 'The Old Blood' plays much like last year’s predecessor. In most levels, Blazkowicz can opt to go in guns blazing or try stealth, or in my case, a mix of both (stealth turning into heated gunfights when discovered). Like old-school shooters, BJ has a numeric health and armor score and can find many pickups for each. He can also carry more than two weapons at a time - knives, pipes, a wickedly explosive flare gun, a bolt-action rifle, and dual-wielded pistols, assault rifles, and shotguns. It’s a miracle this guy is able to move at all. 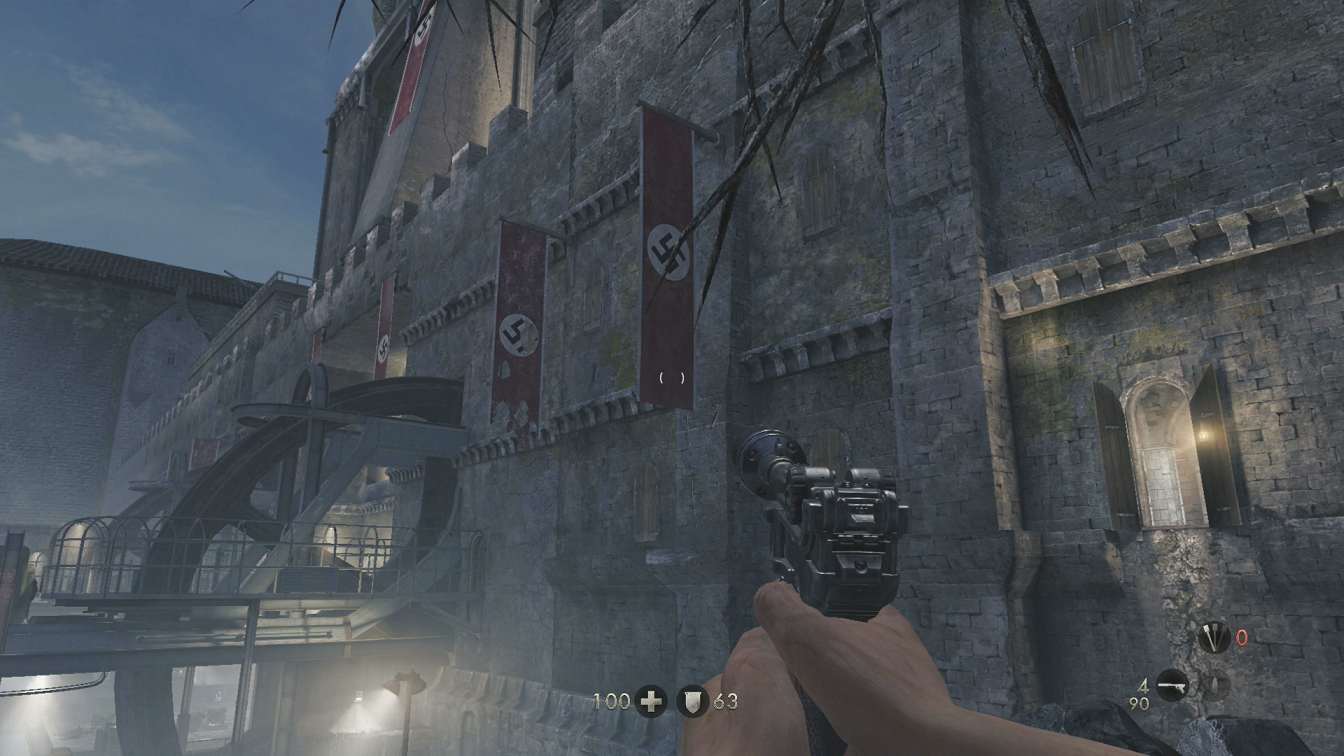 The level design is very well done, with lots of large, segmented rooms sandwiched by small, looping corridors and hidden alcoves in which to hide. Variety is the spice of life, and 'The Old Blood' changes up the scenery often. Sometimes stealth is not an option and it’s time for a good old-fashioned shootout, with BJ manning a turret and clearing out waves of suicidal Nazis. This is where the game’s weak spot starts to show through. Enemies sometimes act with intelligence, and sometimes they do not. They like to run around in circles, desperately avoiding a confrontation, even when outnumbering me 10 to 1. The larger, thuggish enemies simply walk in a straight line towards BJ, hoping that their armor will protect them. Dogs have no sense of smell and can be fooled by crouch-walking past them. Guards sometimes walk by the dead bodies of their co-workers, completely uninterested.

These little quirks in personality are easy to ignore because the shooting itself works so well. The gunplay is fast-paced and crisp with few bugs or other issues. The stealth segments are more "natural" in that they don’t have all of the standard video game stealth tropes like seeing through walls and the like. The only information BJ gets about enemy whereabouts, besides actually listening to footprints or conversation, are distance indicators to each officer in the area, who will call for reinforcements if alerted. Like the rest of 'The Old Blood', this is an old school and welcome mechanic, though it takes some getting used to. 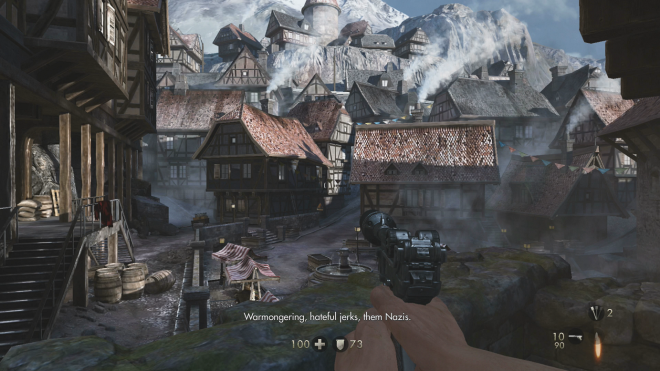 Visuals have been taken up a notch because we’re on eighth-gen only now, but just one notch. Still the game looks quite nice, with detailed textures and environments, especially the metal. The art design, a marriage of gray steampunk and World War II khaki, gives it a look that’s distinct from the sepia sand dunes and alien jungles of most of our modern, annually released shooters. The game has a strong frame rate and few problems on a visual or technical level. 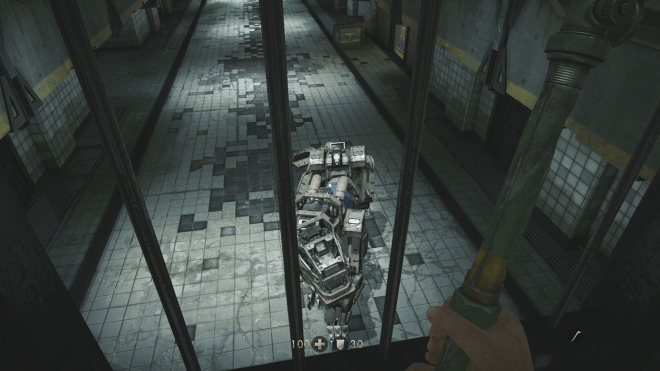 'The Old Blood' takes a step back in its narrative from the more verbose 'New Order', with a lighter, more nimble, and arguably less satisfying story. There is naturally a shorter script and less voice acting because of this, although it remains at a high level of quality and production value. BJ in particular manages to go beyond his testosterone tank stereotype and show a bit of humanity, mostly in the form of his half-crazed mutterings. The rest of the game’s soundscape is similarly pleasing.

The game is pretty linear, and also a bit short at around 6 hours. The highest difficulty level does offer a good challenge, even for seasoned shooter fans. Outside of the critical path there is a more replayable challenge mode with maps from the campaign. 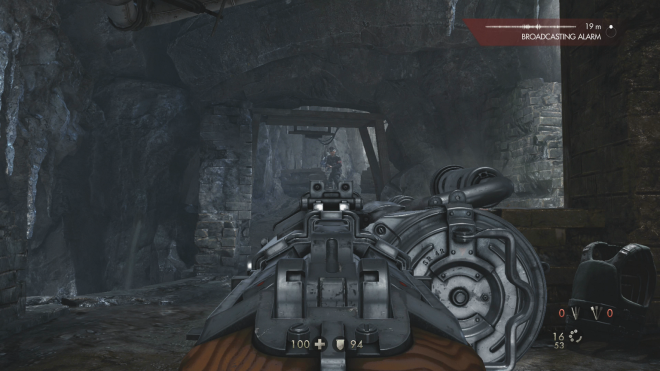 MachineGames hasn’t taken a huge step forward with 'Wolfenstein: The Old Blood,' but nor have they taken any steps backwards. It is a solid expansion, adding more to the new 'Wolfenstein' formula without drastically changing it. Fans of last year’s game will find a lot to like, as will FPS players who somehow missed it.