Digital Xbox One version reviewed. Contains some mild spoilers for this and previous episodes.

'Dark Room' is the fourth and penultimate episode in the 'Life Is Strange' series, following 'Cocoon', 'Out of Time', and 'Chaos Theory'.

The last episode of 'Life Is Strange' ended with kind of a shocker. After seeing how much damage had been done to Chloe’s life after her father died in a car accident, Max took it upon herself to rewind time to fix it. Unlike her previous manifestations, which only amounted to a few seconds of time travel, this time Max goes back years and is successful in saving William. However, this sets into motion a series of events that ends with Chloe becoming a quadraplegic instead of a drug-addicted, stepfather-hating punk rocker.

The first part of 'Dark Room' has Max spending a day with Chloe, learning about her condition and helping with her basic needs. It’s very touching, but ends suddenly. After Max is able to extricate herself from this alternate universe, the other Chloe is not discussed again, and Max barely mentions any kind of effect that the event had on her. It is the most dramatic display of Max’s ability we’ve seen it yet, but it doesn’t feel all that important in the grand scheme of things. Was it just there to give us a cliffhanger at the end of 'Chaos Theory?' 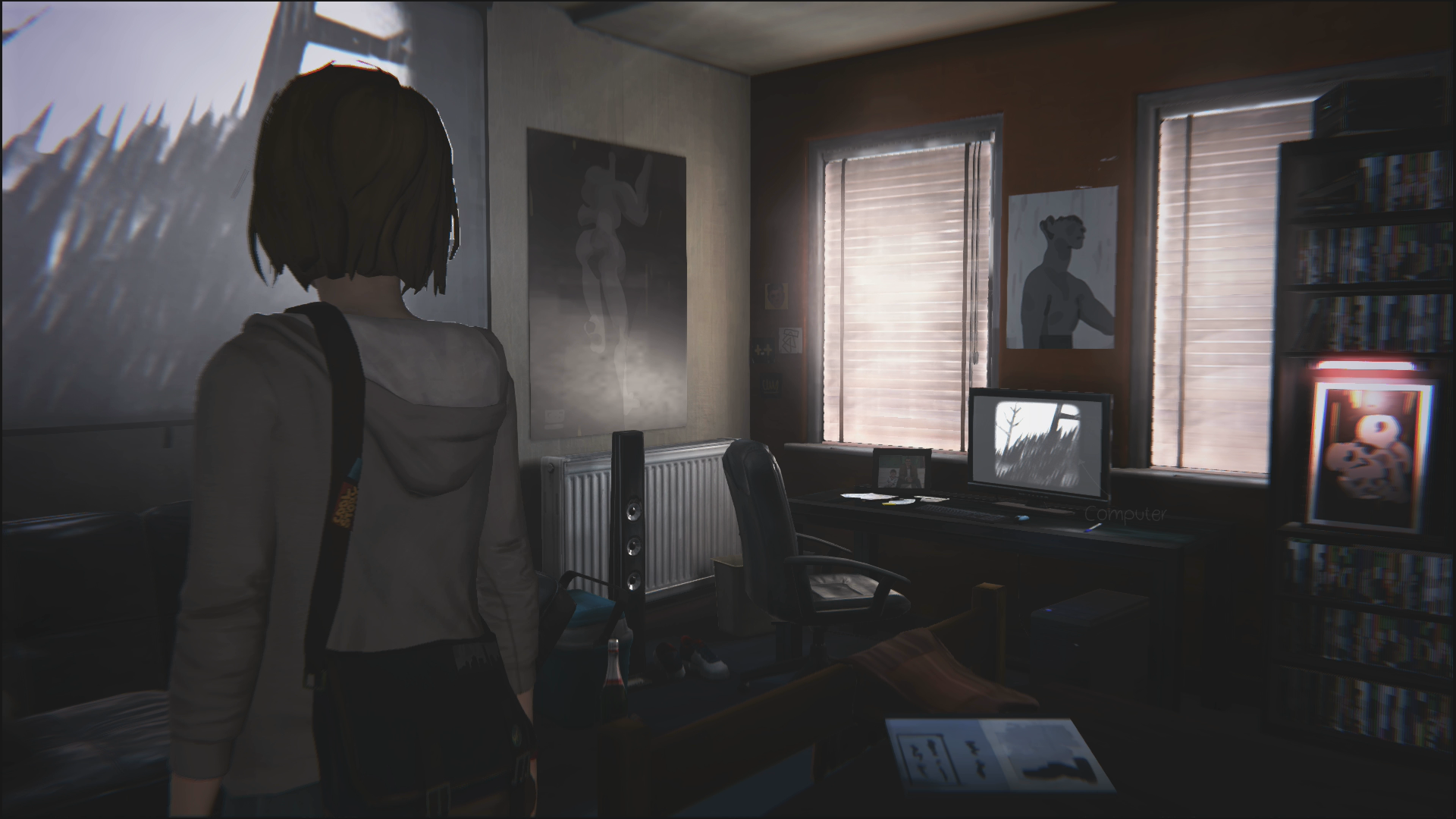 After that scene fades, the middle part of 'Dark Room' lags a bit. It does have some of the best puzzle-solving of the game, which thus far hasn’t been particularly heavy on puzzles. Max and Chloe are still desperately looking for Rachel, and all of the clues that have been collected so far go up on a CSI-style board and it was up to me to piece all of the fragments together. The players are Frank the drug dealer, David the nosey, abusive stepfather, Nathan the rich psychopath, and Rachel herself, who was involved with these villains in different ways. The puzzle-solving wasn’t particularly difficult, but it was nice to have a feeling of agency and be given the opportunity to sort out the clues I’ve been so diligently collecting ever since 'Cocoon'. 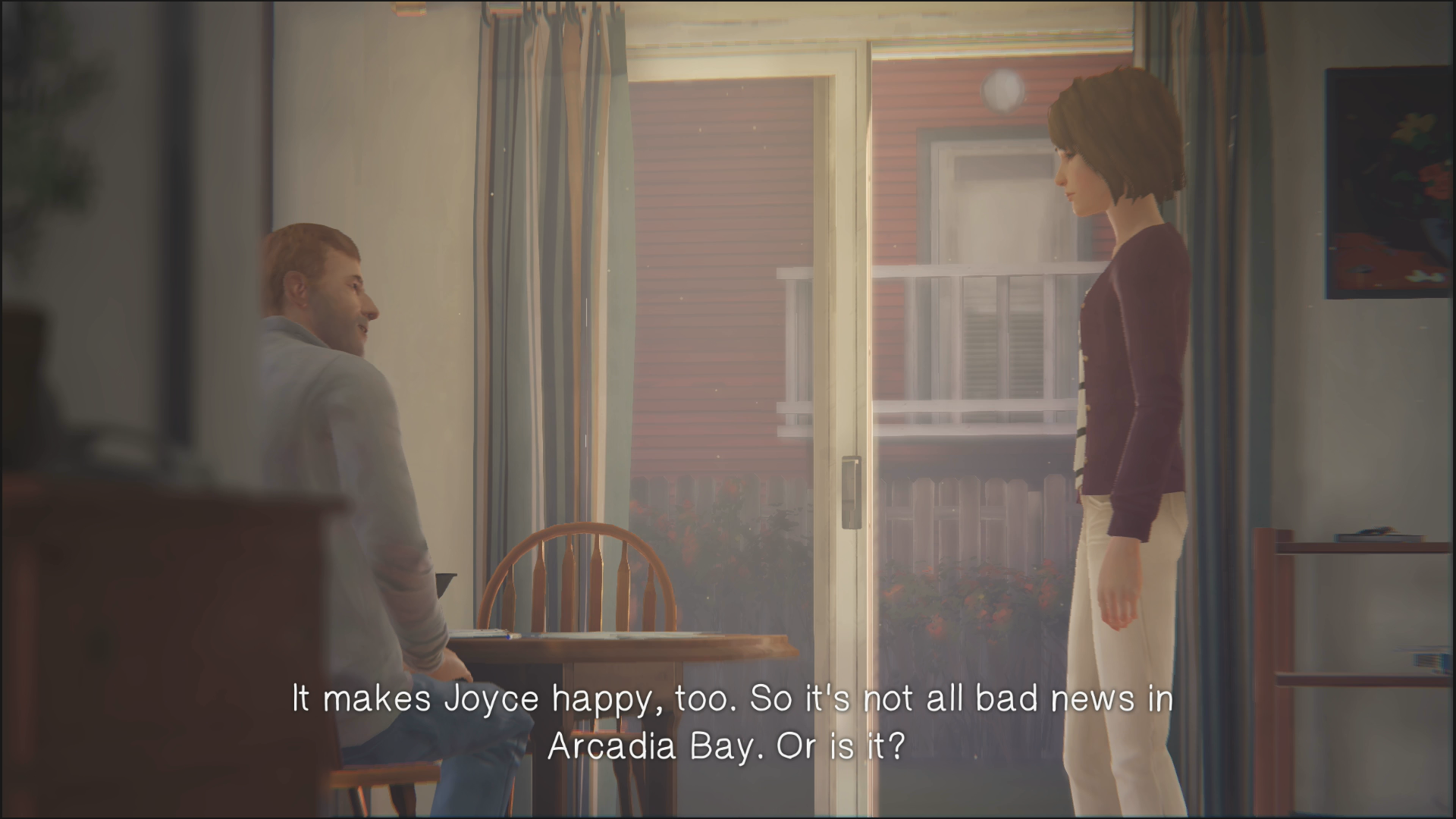 As usual, 'Dark Room' plays its cards close to the vest, and exposition is slow. Still, it has some of the most surprising drama of the series thus far, but manages to keep everything believable (except for the time travel and impending apocalypse, of course). There are some signs that something larger is afoot in the world besides the insular conspiracy that Max is unraveling, such as spectral deer, a double moon, and whales that have inexplicably beached themselves in Arcadia Bay. I’m getting the feeling that this is all something Max has done before, or that a different Max is controlling events from an alternate reality, or maybe it’s all a dream. Perhaps I should redefine my definition of "believable". The increasingly pervasive 'Twilight Zone' ambiance hasn’t reached critical mass yet, but I wonder how much science fiction we will see in the next outing. 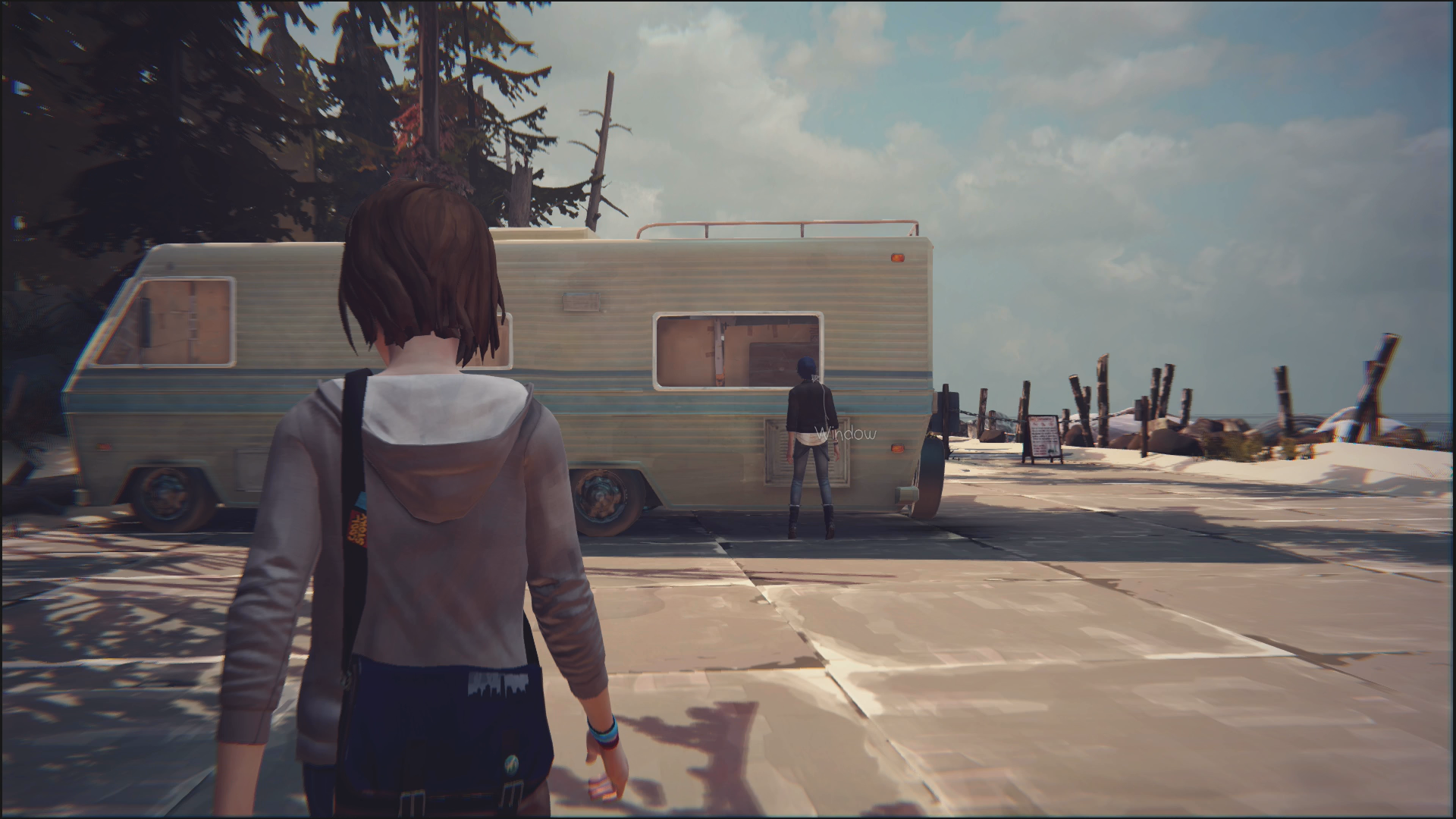 As for the character development, there are some pleasant surprises here. My 'Life Is Strange' playthrough may have come out very differently from yours, but Victoria and Max seem to be almost friendly. Chloe is entering a very sad place after her actions in this episode, which is quite rare according to the postgame statistics. I’m not even sure what chain of events led her to this place, but that is just evidence of all of the tiny nuances in decision-making that Dontnod has been tracking since the first episode. The theory of the butterfly effect, upon which so much of 'Life Is Strange' is based, tells us that little things can lead to little things, or they can lead to very big things down the road. 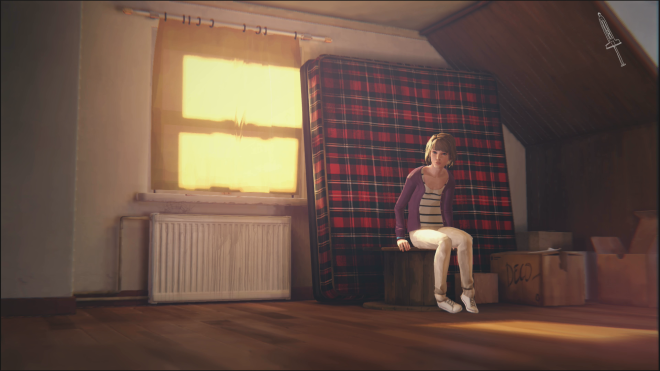 While textures and effects are at the same level they’ve always been, visual artifacts and clipping are somewhat reduced in this episode. Dontnod likes to use Max’s infatuation with photography to constantly add small, picturesque objects into the frame, which can be discovered if you look closely (these photo ops also serve as a collectible). 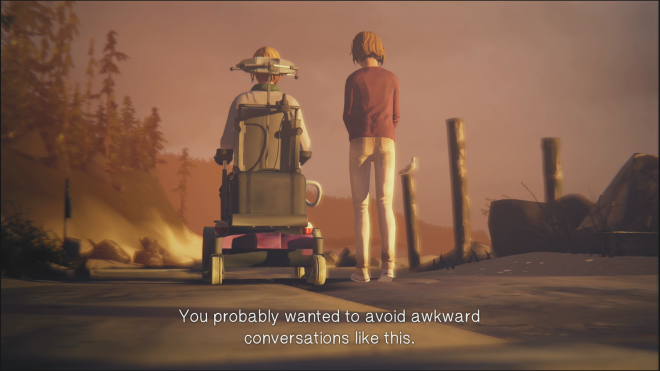 The voice acting is good as usual. The script is decent, but sometimes the dialogue makes me wince. Max is adorable, but also very awkward. I love the indie/folk rock soundtrack and the fragile, piano-heavy score. There are some mild issues with lip syncing but otherwise few problems in the soundscape.

Due to Max’s time travel ability, the only real use for replays is to find her photo ops scattered about the environments. Some of these can be very discrete and difficult to locate without assistance. 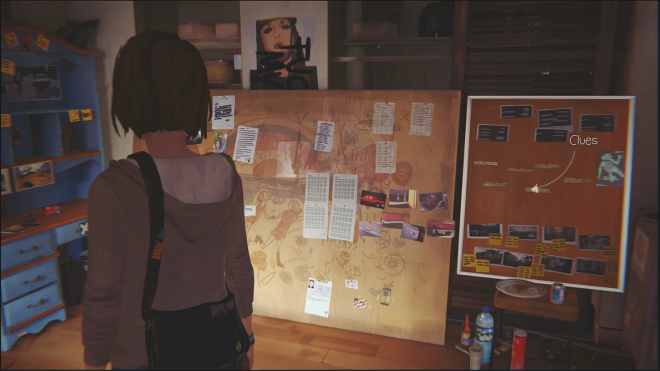 'Darkroom' is not quite as substantial as the last episode, but 'Life Is Strange' has real potential for a strong, surprising finish. This episode sags in the middle but the choices that are offered to the player are still difficult, and it’s a good thing when an episodic game torments its players with self-doubt after tough decisions. The series has been a capable story thus far and I’m very curious to see how Dontnod finishes everything.