'Sid Meier’s Civilization: Beyond Earth' came out last year; a new take on the 'Civ' franchise that saw humanity taking its place amongst the stars as spacefaring colonists. 'Rising Tide' is the game’s first expansion pack and promises improvements in diplomacy, sea bases, exploration, and more.

Oceans in the vanilla 'Beyond Earth' weren’t that great. They had a few basic resources here and there, and a couple of aquatic alien types, but that was it. In 'Rising Tide', any game can be played almost start to finish on the high seas. Cities can be founded in the water and even moved around like floating platforms. New seafaring aliens and human vessels have been added, including submarines and bio-organic aircraft carriers. Many of the formerly land-based resources can now be found in water, like floatstone and expeditions, while new ones like eggs and shells are accessible through bed platforms. 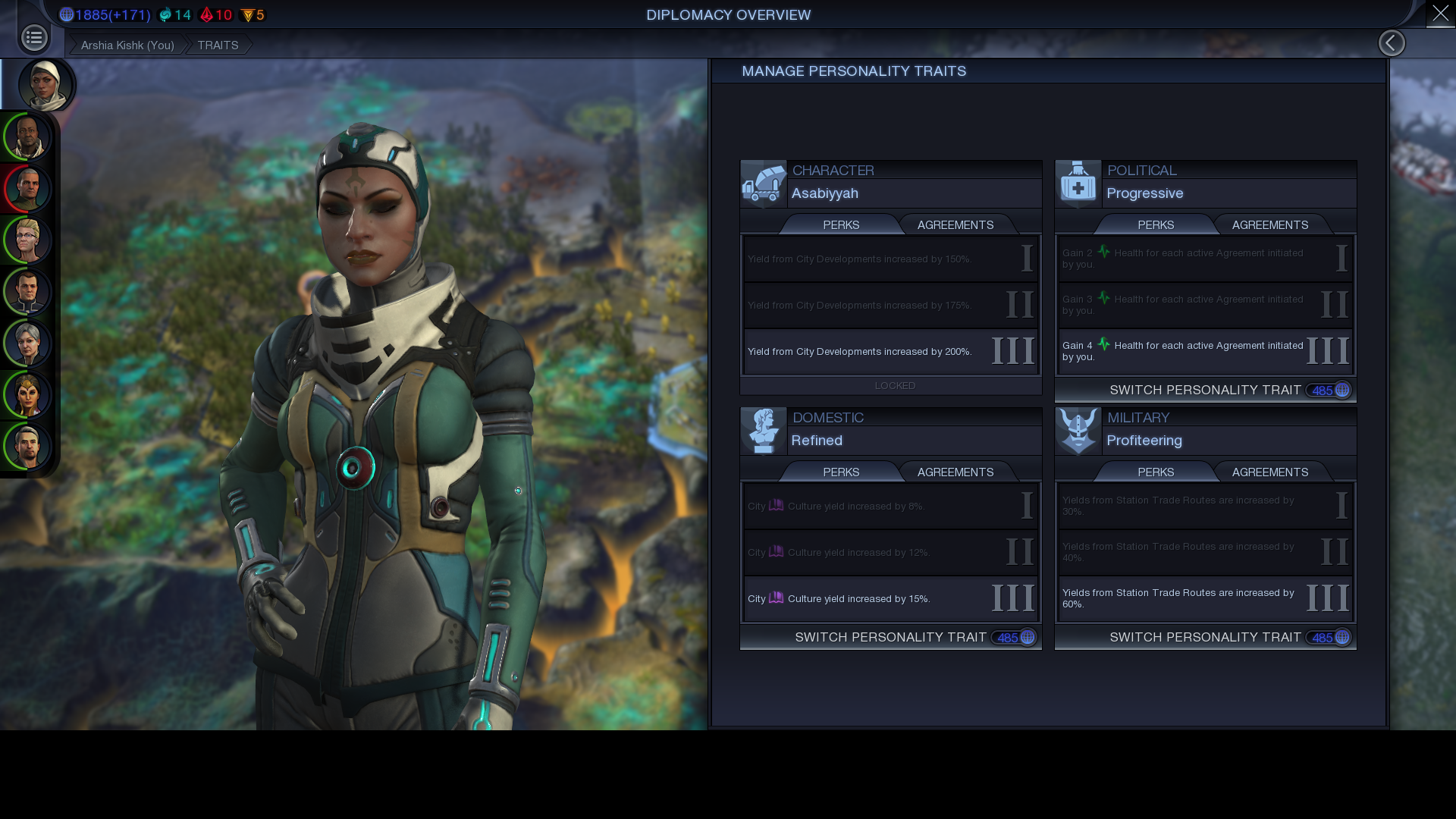 Almost as dramatic are the changes to the diplomacy system. A currency called diplomatic capital has been introduced, and is collected by building certain structures, entering into international agreements, and doing things that the other leaders approve of. It can be used to purchase and upgrade a large variety of traits for the sponsor, arrange foreign policies, and influence relationships. Foreign policies became more beneficial when I became closer friends with other colonies, giving me a fresh batch of incentives to play nice. I could also intimidate my neighbors with the size of my army, but fear-based relationships don’t tend to work out in the long run. The other leaders have a smart AI that makes them prone to backstabbing and behind the scenes skullduggery when they are intimidated through brute force. 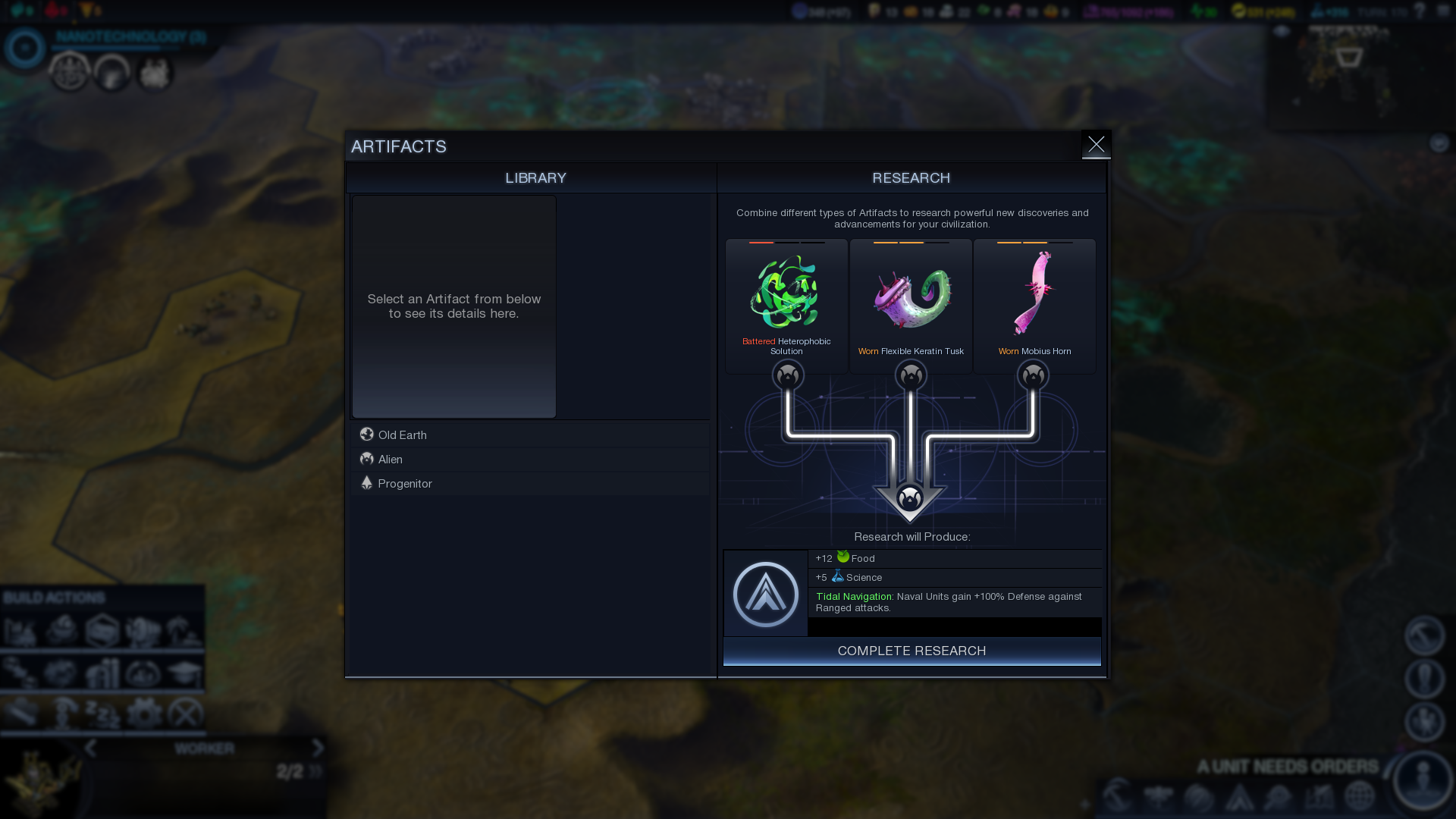 One of the perks of dumping points into diplomacy production is that when I became full allies with a nation, they also joined in on any wars I was involved in. I could play countries off one another and hide behind the stronger ones while they whittled each other down through attrition, which in turn reduced their economic production and let me gain the upper hand in the tech race. An arrangement like this was possible under the old system, but the 'Rising Tide' version is more sophisticated and strategic. It can also be used for more industrial purposes - in one game I cherry-picked foreign policies in line with my sponsor bonuses to give me higher production while trying to keep the benefits to my allies minimal. 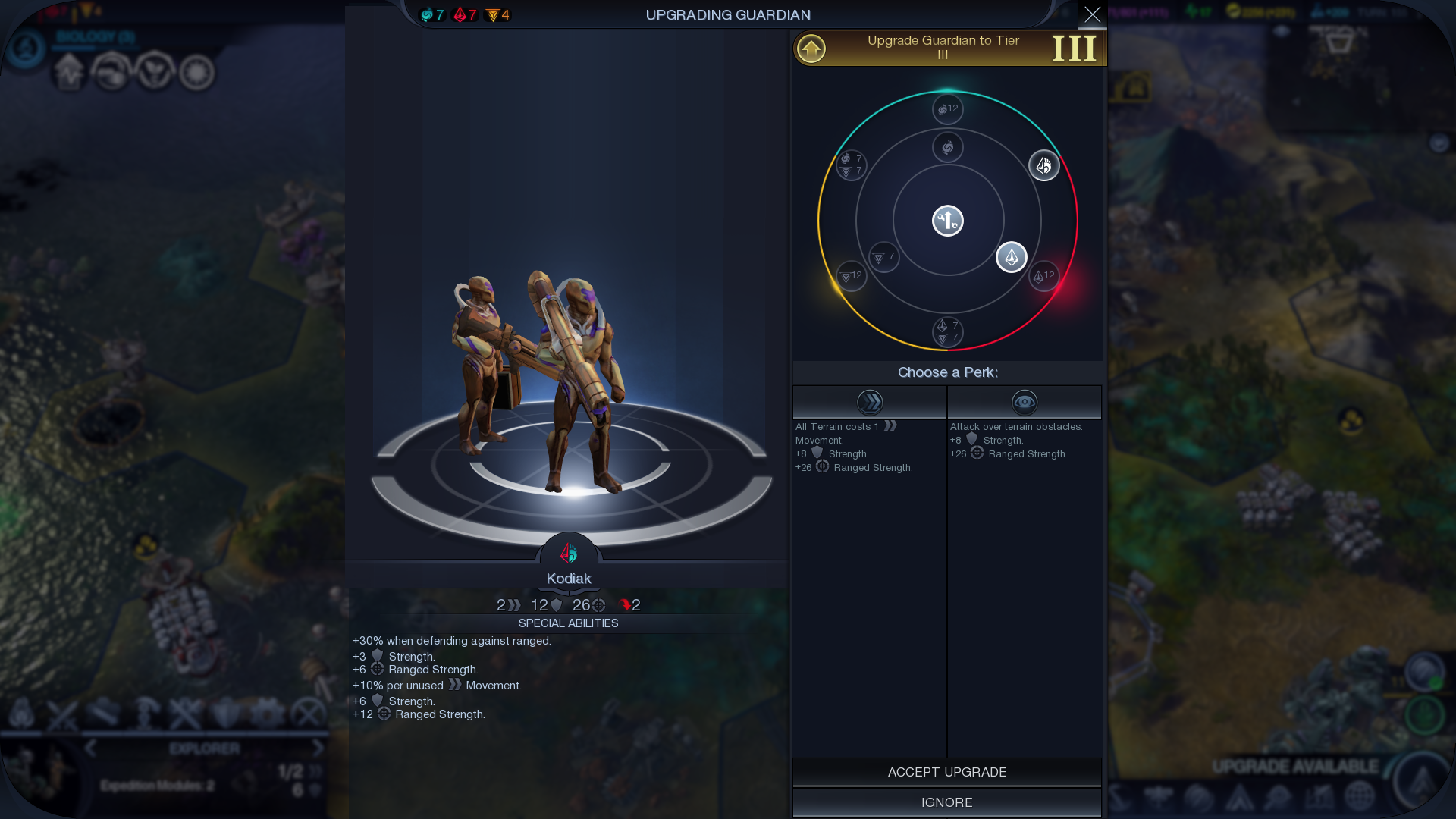 The changes to aquatic and diplomatic gameplay are pretty big, but exploration didn’t receive quite as much attention. This was an area that I felt the original had a lot of missed opportunities, especially after the early game. It has been retooled for modestly more viability into the mid- and even late-game with the addition of multi-stage exploration quests, marvels, and artifact hunting. New ruin types known as marvels provide the basis for the quests, in which explorers have to rush around the map collecting alien tissue samples and other items. Marvels are similar to 'Civ V's' natural wonders in a space setting - large, pretty features of the terrain or strange corpses. Artifacts can be collected while doing just about any exploration activity, and can be combined for production bonuses and unique benefits for certain troop types. Even with the additions, exploration is always just a hobby or side activity, albeit a more engaging one. The subplots that drive the new system are frequently recycled from game to game.

The affinity system, which is unique to 'Beyond Earth', has been changed to allow a much greater degree of synergy between the three philosophies. They can be combined for interesting upgrades to troops, not to mention society-wide benefits. Completely new soldier types, orbitals, and buildings become available to players who diversify their affinities. Remaining loyal to only one affinity still gives strong benefits in the late game, but also comes with fewer options. Not being enamored of any one particular affinity on an existential level, I had no problem picking and choosing my research and quest decisions to give me greater benefits, particularly when harnessing the three alien strategic resources - firaxite, floatstone, and xenomass. New units include a station sentinel, which is locked into geosynchronous orbit over cities and doubles trade gains, the golem, a powerful defensive unit, and an invisible infiltrator who can effectively backstab enemy units. 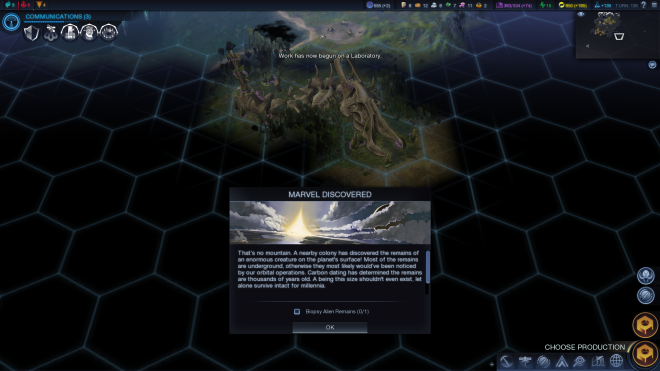 While the engine as a whole remains unchanged, lots of additional art, models, and animations have been added in 'Rising Tide'. The synergized harmony units in particular look nice, what with their increasingly alien appearance. Nano units in the supremacy affinity have little robots floating around them, giving passive buffs to neighboring troops. New alien models are numerous and lovely, especially the marine brain corals. 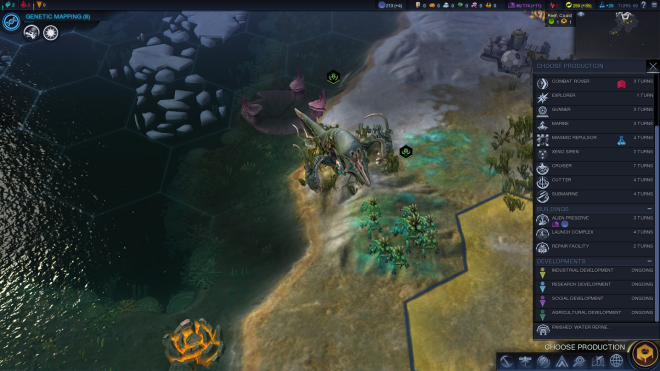 This area has remained mostly unchanged from the original. The soundtrack is still excellent- it's at once airy and majestic and still digestible over the course of days spent in the game. The sound effects that pepper each turn are welcome and not grating. The voice acting maintains the high standard set by the base game.

There are four new sponsors - a Middle Eastern collective with versatile city bonuses, a Korean group that specializes in covert ops (like the Americans from the standard release), a northern European group that takes advantage of the new ocean mechanics, and a German diplomatic powerhouse. They are all fun and reward different playstyles, particularly the Germans. Some of the fresh content is compatible with 'Sid Meier’s Starships', but that game just isn’t as fun to play. 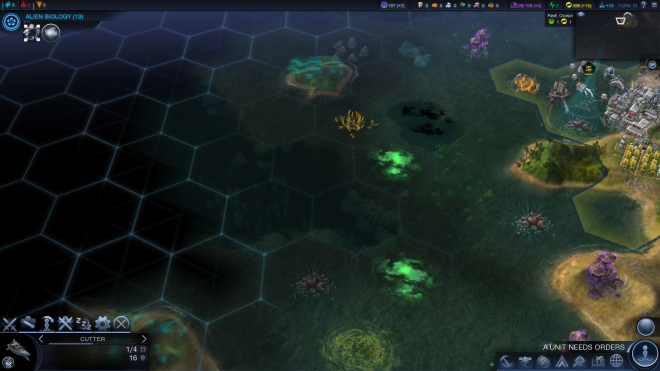 'Civilization: Beyond Earth - Rising Tide ' includes a lot of great new content that fleshes out the existing mechanics of 'Beyond Earth.' While this expansion doesn’t take any big risks, and some new research or victory conditions would not have been remiss, it is a shot in the arm for the already excellent 'Beyond Earth'.