The Game Itself
4 Stars
The Video: Sizing Up the Picture
4 Stars
The Audio: Rating the Sound
4.5 Stars
Replay Factor
3.5 Stars
Bottom Line
Recommended

Those that don't closely follow the Japanese gaming industry may not know much about Imageepoch. Founded in 2005, they are most well-known for the 'Luminous Arc' series, a trilogy of strategy RPGs featuring a fantasy world with witches and magic. Unfortunately, the company filed for bankruptcy this year… but not before Atlus could get their hands on the localization rights for the 3DS title 'Stella Glow', which is a spiritual successor to the 'Luminous Arc' titles. As Imageepoch's swan song, how well does 'Stella Glow' shine?

'Stella Glow' starts off like any other JRPG. A young boy named Alto resides in a small village. Having lost his memories, and has essentially made a new life for himself. However, this all changes when the Witch of Destruction, Hilda, attacks the village, turning the villagers to lifeless crystals. From there, events for Alto happen in a whirlwind. His friend Lisette turns out to be a Witch herself, a rare person that can use the power of song to save the village and world, and Alto himself discovers strange powers that can help the Witches. And so, the two join the Royal Knights in the hopes of stopping Hilda. 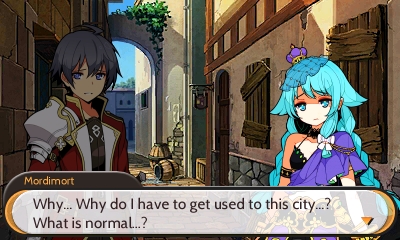 The plot to 'Stella Glow' is pretty well-written, having its own twists and turns that are interesting to uncover. However, it's also laden with character tropes that are often overused in JRPGs, which is sure to irritate those that don't have a high tolerance for well-worn ground. It's a shame, since otherwise the game is really good, both plot-wise and gameplay-wise.

As a strategy RPG, 'Stella Glow's battles take place on a grid, and it's turn based, with each character's speed and previous actions determining when they can move. Most of battling is genre standard: Characters can use skills and spells, different party members have different uses in battle, and so on. The unique aspect to 'Stella Glow', though, is the gameplay tied to the Witches' songs. By working together with Alto, the Witches can sing in battle, which are moves that last multiple-turns and affect the entire map. While singing, Witches can't attack or defend themselves, requiring players to plan ahead for defending them, but when used properly songs can turn the tide of battle in your favor quickly.

Which is important, as 'Stella Glow' can get difficult at points. It's not infuriatingly hard, and the option to fight free battles to level up is there if needed, but it can get quite challenging. The title never really roadblocks players with any difficulty spikes, though, so the harder battles feel satisfying when they are overcome. 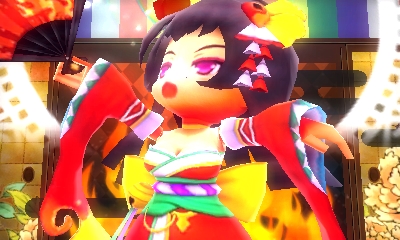 'Stella Glow's biggest flaw, though, might have to do with party member balance. There are some characters that are clearly better than others, and that works against the freedom of party member choice. During most of my playthrough most of my party relied on Rusty, because with him usually moving first, his ability to move far, and his decent attack power makes it really easy for him to move ahead of the pack and defeat a bunch of enemies. I also found it harder to use slower characters, since the party would leave them in the dust movement wise and as such not be able to kill any foes. I even found it hard to level up Lisette (the first Witch) at the beginning of the game, because with her slow speed and frail nature it was difficult to move her up enough to kill monsters and gain experience. Obviously, some of these problems are alleviated as the game continues and the player gains more party members, since both the over and underpowered can be removed, but it feels like more could have been done to balance out some of the more powerful party members.

Despite these quirks, though, 'Stella Glow' is a remarkably solid strategy RPG. The story is good, the combat is mostly great, and is well worth a purchase. 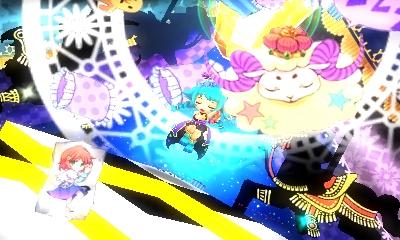 'Stella Glow' looks pretty great on the 3DS. In battle, characters move around the grid fields in a 3D chibi form. They look simple, but are nicely animated. Attack and spell effects look good on the 3DS screen, though they can become tiresome to watch after a while (thankfully, the battle animations can be turned off). Outside of battles, the game is mostly relegated to 2D scenes with character portraits, which looks better than the chibi characters would for story events. Characters and monsters are also colorful and well-designed (well, most of them, anyway), giving 'Stella Glow' a nice visual design in spite of its "typical" anime trappings. 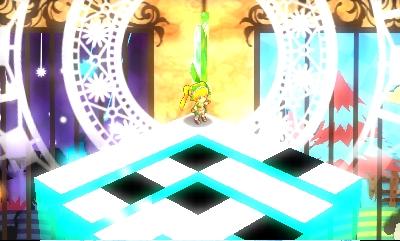 The music in 'Stella Glow' is fantastic. The battle themes are wonderful at holding the mood, and the various vocal tracks for the Witches are catchy and extremely well done. Additionally, this title has a lot of voice acting, with all of the major scenes voiced, and overall the voice acting is high quality. I find that there are no voices that offend, and some rather strong performances as well. 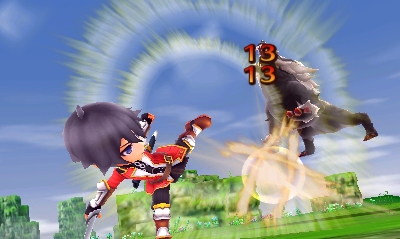 'Stella Glow' has a bunch of different endings to discover—one for each character, in fact, and a True Ending that's pretty easy to get on the first playthrough. Endings are decided by whether a character's affection is maxed out, but there isn't enough Free Time in one playthrough to completely max out every character, requiring a second playthrough to see everything. It's worth going through for those that really enjoyed the game, though many will probably be happy enough with the true ending once the credits roll. 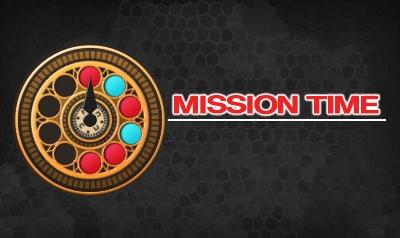 2015 has been a great year for strategy RPGs. 'Stella Glow' stands along the likes of 'Devil Survivor 2: Record Breaker' and 'Disgaea 5' to give SRPG fans and new genre players alike plenty of high quality titles to work through. 'Stella Glow' may have a couple of odd design quirks that may bring it down a bit, but Imageepoch's final title provides a great experience for all but the pickiest of RPG fans.