The Game Itself
3.5 Stars
The Video: Sizing Up the Picture
2.5 Stars
The Audio: Rating the Sound
4.5 Stars
Replay Factor
4 Stars
Bottom Line
Recommended

Digital PS4 version reviewed. The review is very light on anything spoiler-like.

With a full remake of 'Final Fantasy VII' on the horizon, Square Enix looks set to be changing things up radically for its RPG classic. For those who might not be so keen on just how different the remake will be, or for those who just want to relive one of the RPG genre's most defining moments, Square Enix has released a slightly enhanced port of the original on PS4, bringing with it a couple of minor bells and whistles to improve the overall experience.

'Final Fantasy VII' came to define a generation for a lot of folks, and in many ways, hugely changed the gaming landscape for years to come. In fact, it's not hard to see traces of its influence within the genre lingering today. While it didn't invent many of the conventions it later became so well known for, 'FFVII' undoubtedly popularized a lot of what people came to both love and hate about JRPGs. It's a product loaded with bombast and spectacle, and despite the game showing its age in more than a few ways at this point, it's still very much worth checking out. 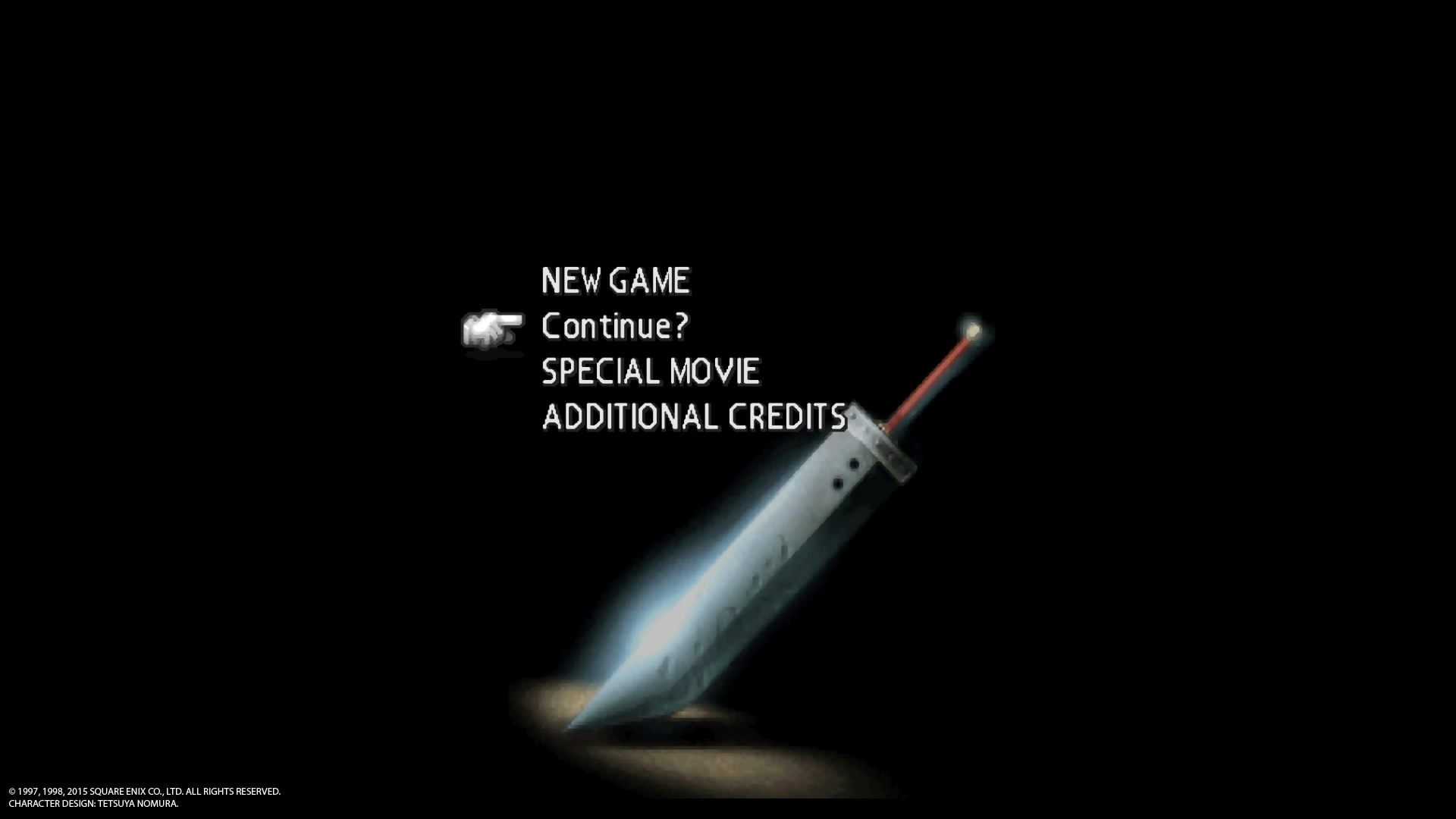 I really loved 'FFVII' growing up. It's a smartly made game that works with the constraints placed upon it in ways that were nothing short of spectacular for its time. While it was never my favorite game in the series, or even my favorite PS1 entry, for that matter, it's hard not to appreciate what 'FFVII' managed to accomplish. Playing through it again on the PS4, I was struck by just how much of it remained so clearly in my memory. It's a testament to its design that it stayed with me despite having not touched it in years. At the same time though, I feel like my memory also brushed past some of the game's more baffling aspects. 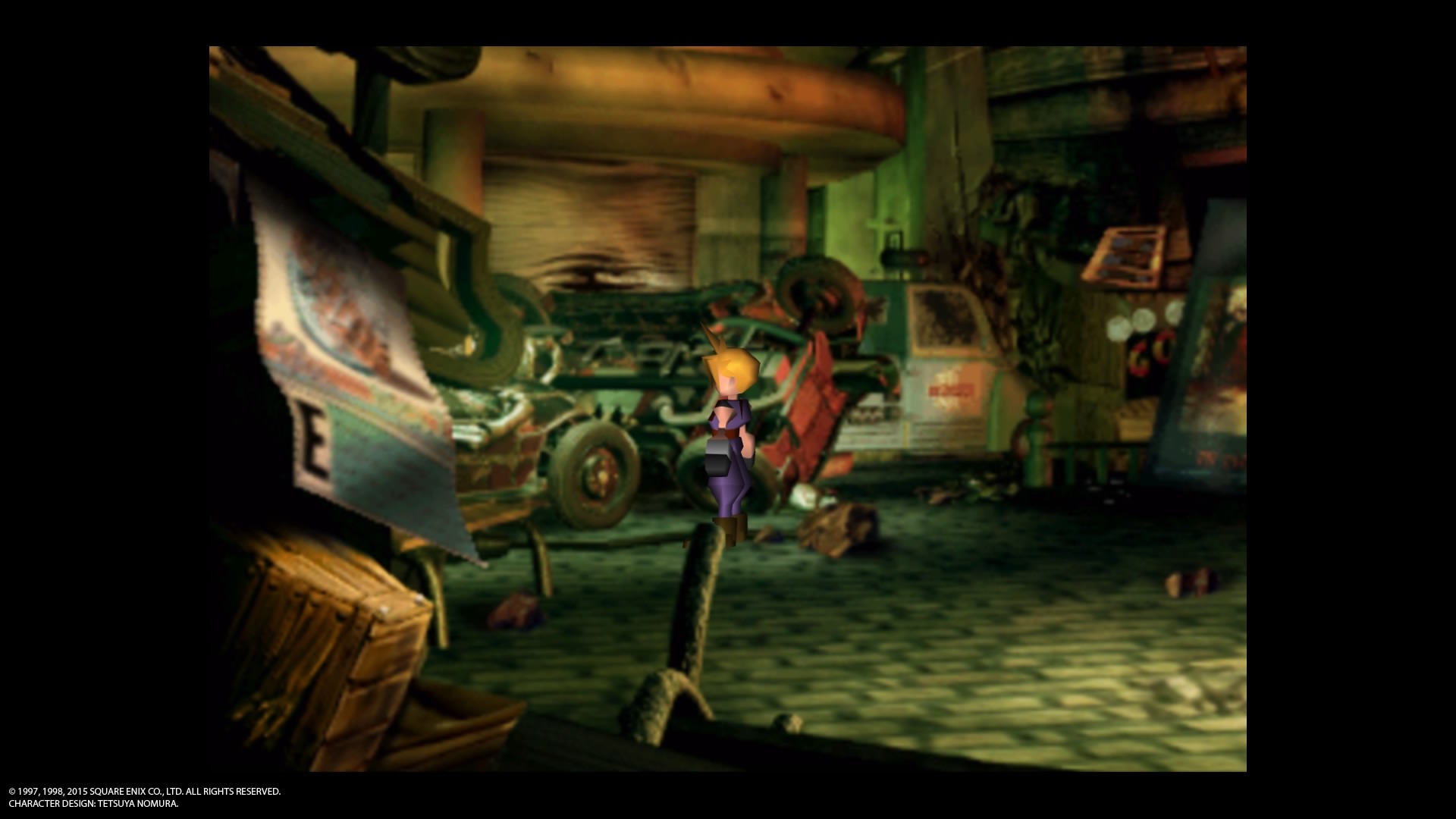 At its core, this is an extremely well designed JRPG, with a turn-based combat system that, while very standard, holds up really well. If you've ever really touched a JRPG in the last few years, you'll have no trouble slotting into what 'FFVII' expects of players, but it's nice to see that, despite how vanilla combat often feels, the game creates some really memorable boss fights and enemy encounters that tinker with the system in small but significant ways. Honestly, for the longest time, I'd been one of those people who grew to dislike the game based entirely on how popular it had become, letting my own cynicism override the quality on display here. Returning to it all really did bring the game's successes into perspective. That said, my return to 'FFVII' was not without its caveats. The game is absolutely filled with weird asides that, while they manage to fill the game with a kooky charm that much of the series has since moved away from, they can become a bit much at times. The first few hours of the game, while still fun and loaded with great moments, is also stuffed full of remarkably silly quick-time events that feel more bothersome than anything else. A goofy diversion where you need to squat faster than a bodybuilder is surprisingly funny in context, but by the time you're positioning yourself in the ocean to let a dolphin knock you into the air and onto a steel beam far above, you'll probably be a little sick of this stuff. That the dolphin scene is followed up by two more mini-games almost immediately afterwards, with the result being draining and feeling a little pointless. It's also a shame that, despite so much attention being given to these mini-games, so few of them are fun at all. I appreciate the attempts to inject more variety into it all, but here's hoping that the remake dials this down a notch, focusing instead on making the mini-games fun, rather than just throwing as many into it as possible. 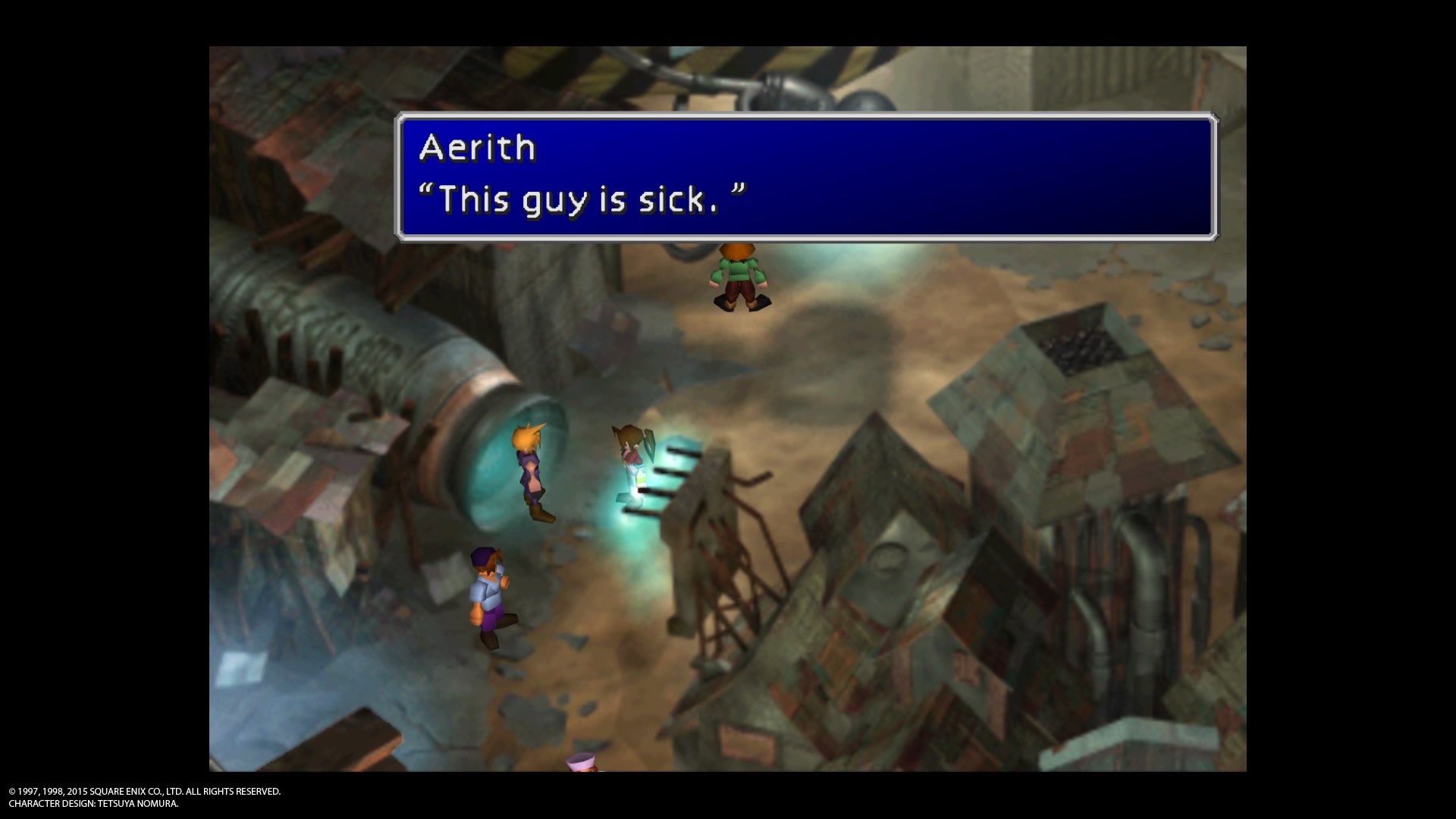 Differences in the PS4 Version

As for what's new in the PS4 port, it's very similar to both the recent PC and iOS versions of the game. What this essentially means is that you can do things like play the game almost entirely in 3X speed, which is fantastic for trimming down some of the game's more long winded moments, turn off random battles entirely, or give your party full HP, MP, etc. at the start of each turn in combat. The options aren't the most substantial of changes, but they really help trim down some of the game's more long-winded moments, and make grinding a relatively painless affair. The visuals have been neatened up just a tad, so the game looks far better on HD displays than the PS1 original ever could. The translation, while not changed much, fixes some typos and whatnot (including the infamous "this guy are sick" line). Full trophy support has been added. The PS4 version also includes a free theme based on the upcoming remake that adds classic FF menu sounds to the PS4 UI, which is a neat little bit of fanservice. There's also a remake teaser trailer, but it's nothing that hasn't already been shown. 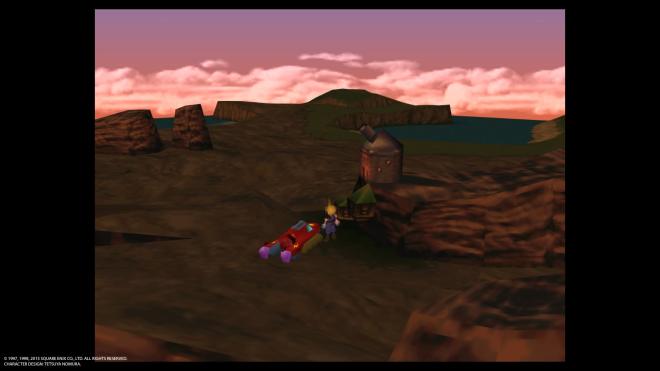 There's no way around it, 'FFVII' is rough-looking. While the art direction is strong, and the pre-rendered backgrounds remain artistically worthwhile, the majority of visuals on display haven't aged well at all. Character models look terrible and blocky, and while one could definitely argue that this is just a product of its time, taking a look at its successors in 'FFVIII' and 'FFIX' really hammers in just how bad the game looks. This port is undoubtedly the best the original 'FFVII' has looked, on par with the recent PC version (but not the mods). Even so, time hasn't altogether been kind to the game in this regard. Nobuo Uematsu's score for 'FFVII' is just about legendary, and I'd be lying if I said that the song the game opens with doesn't give me chills to this day. The battle themes are exciting and bombastic, and just about every town feels incredibly distinct in large part due to the soundtrack. While some of the sound effects don't quite hold up (explosions and the like often sound more like audio errors than anything else), the music absolutely helps carry the game even today.

'FFVII' is a remarkably dense and packed with content. Few games manage to match the amount of side content available here, and while a lot of it relies on odd one-offs and mini-games, there's no denying that, if you want to, you can easily put tons of time into the game. 'Final Fantasy VII', while definitely not as impressive as it once was, holds up far better than many might think. There is a large amount of chaff that I could do without, but the combat system, fantastic soundtrack, and enjoyable story all serve as an easy reminder of why the game is so well-regarded. While I embrace the changes that the remake is bringing, it's great to have the original as readily playable as it is today, and the PS4 port is undoubtedly the best way to experience it.