The Game Itself
3.5 Stars
The Video: Sizing Up the Picture
4 Stars
The Audio: Rating the Sound
4.5 Stars
Replay Factor
2.5 Stars
Bottom Line
Recommended

King's Quest: Rubble Without a Cause

The 'King’s Quest' reboot by The Odd Gentlemen continues with 'Rubble Without a Cause', following July’s 'A Knight to Remember'.

Old King Graham’s stories are told out of order, but as we get more of them, we can start to get an idea about how he came to power. 'A Knight to Remember' started out with a short story about how Graham came to possess his magical mirror, which serves as a kind of prescient TV that illustrates his tales for his grandkids. He defeated an ornery dragon and a dungeon full of traps to do so. The rest of the episode was a much earlier story, about how he won a knightly competition and set himself up for the throne. 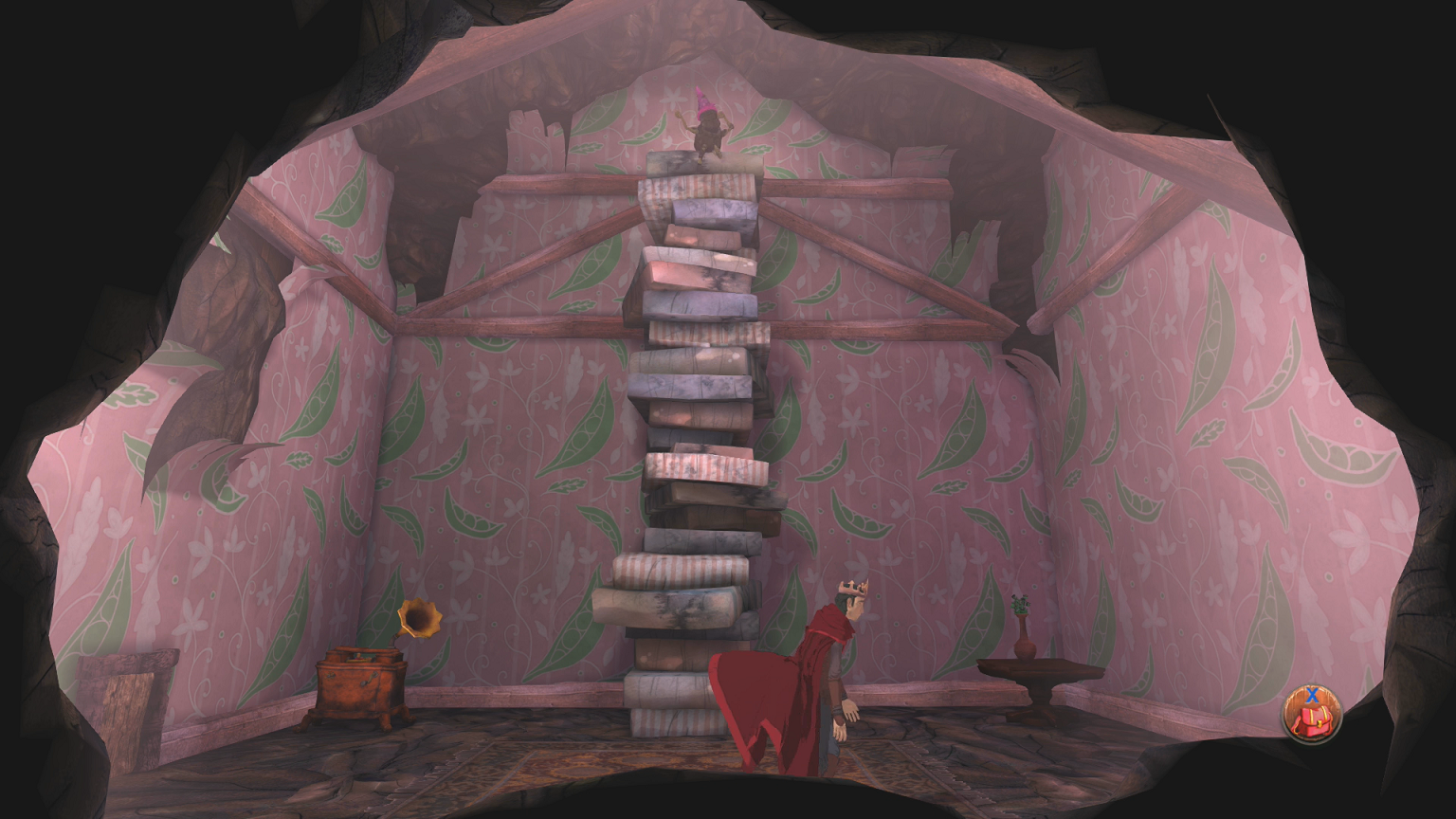 In 'Rubble Without a Cause', the freshly crowned Graham is exasperated by his kingly duties, and ventures into town for some fresh air. Shortly after discovering that the place is empty, he is abducted by a tribe of rock goblins and carried back to their underground lair. The goblins have been busy excavating a makeshift prison out of the bedrock, and here Graham finds his beleaguered townspeople. Almost the entirety of the episode takes place in the prison with brief interludes into the present, where we observe Graham’s declining health and his relationships with his young family members. 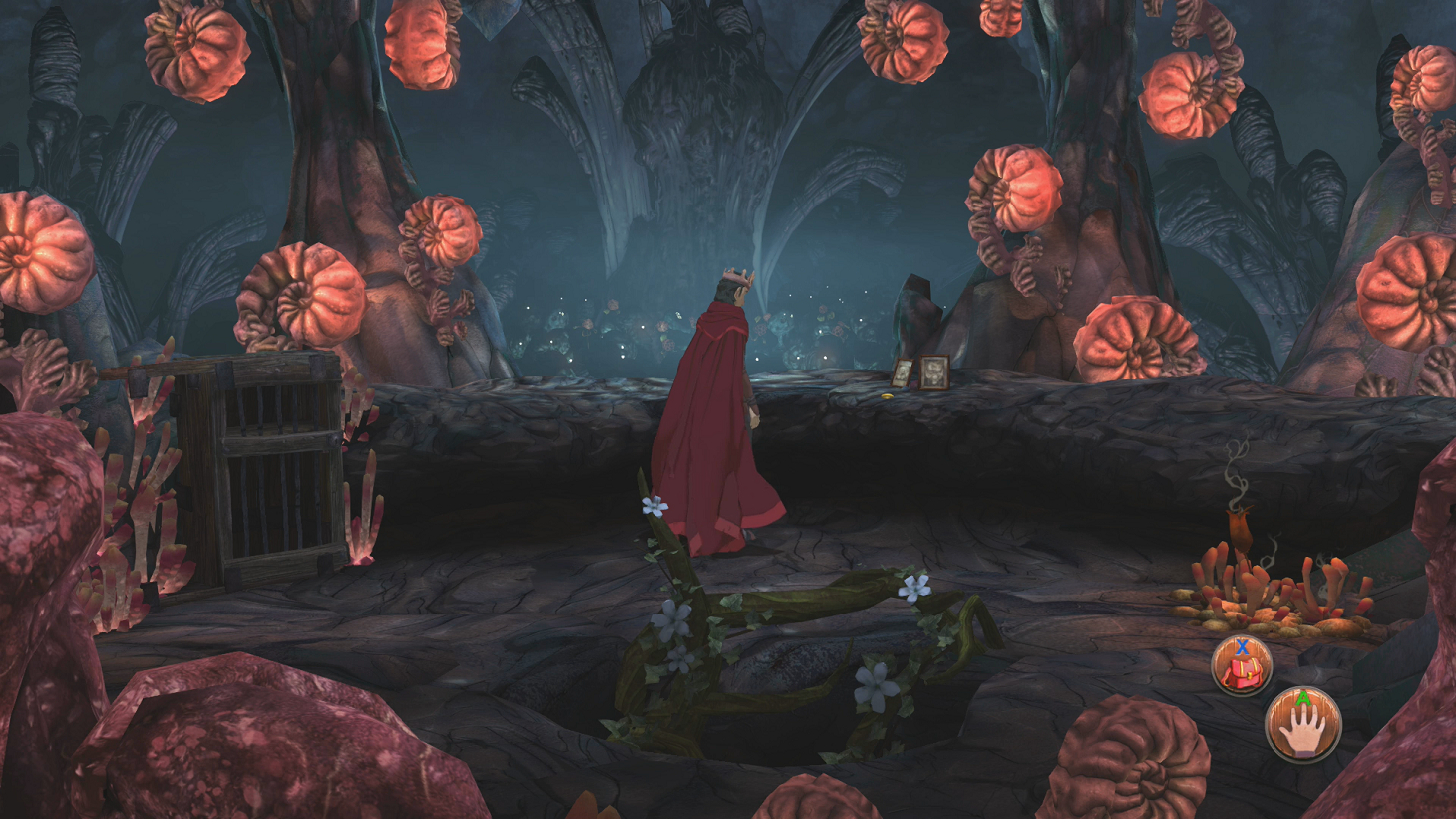 The big choices of 'King’s Quest' typically include three paths: one each for bravery, wisdom, and compassion. I’m not locked into any path exclusively, and can mix and match as I see fit. In the last episode I won the competition through wisdom, although I never felt like the choices made a huge difference. That’s ok though, because the real gold of the series is the witty script. The characters are funny without trying hard, and there are wry granddad puns and running jokes galore. There is a heavy slapstick element in this episode, as the rock goblins do not speak any human language and tend to communicate through comic violence and pantomiming. They also have peculiar pastimes for prison guards, such as re-enacting 'Cinderella', cosplaying as the princess in 'The Princess and the Pea', and attempting to conjure up a prince by kissing frogs. They clearly love fairy tales, and it is through this fascination that Graham ultimately defeats them. 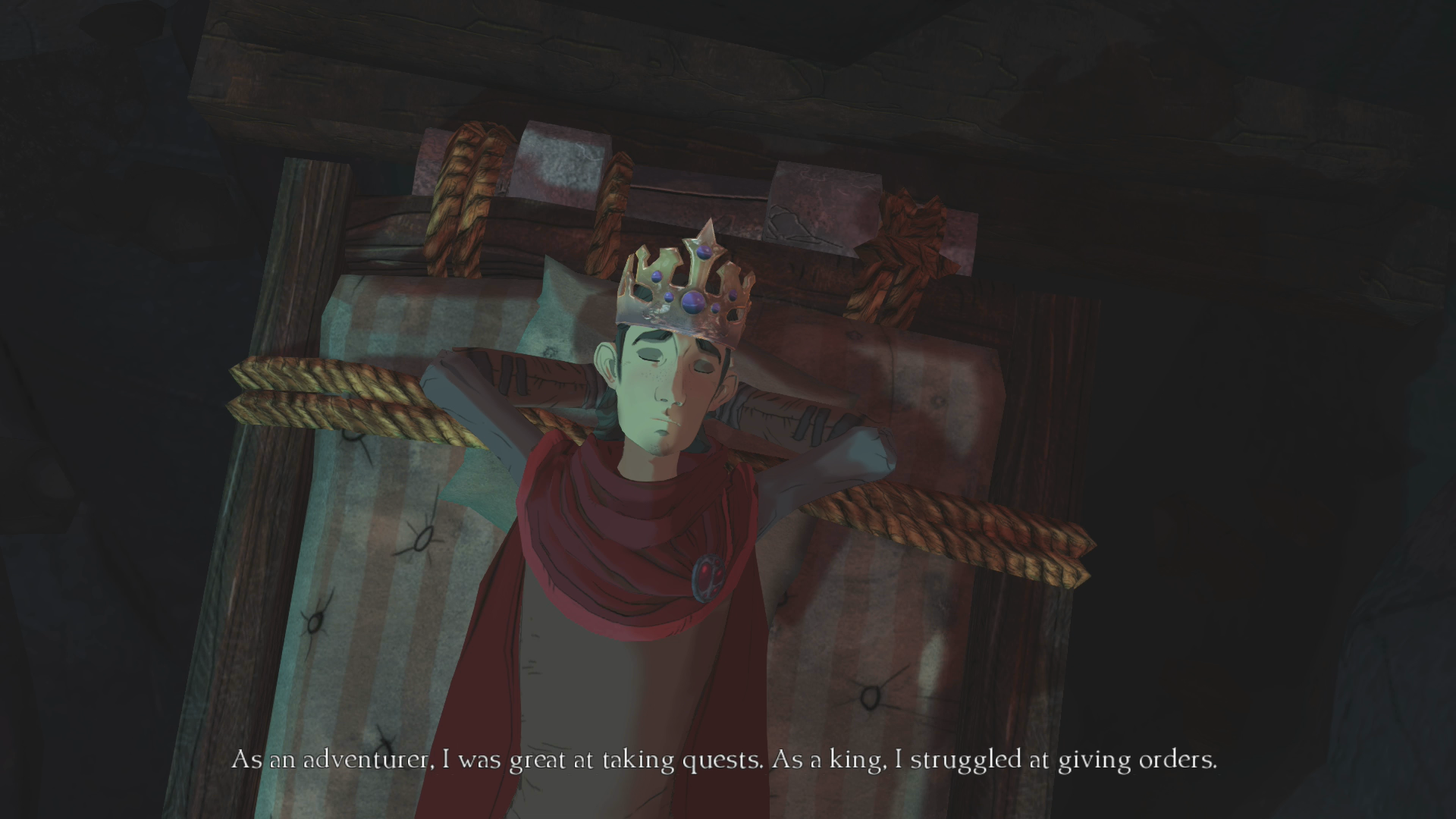 There is a lot of backtracking in this episode, not unlike the previous one. The map is overall quite small, with new areas opening up each day that Graham spends in the prison. There are a total of five days, and each day offers new puzzles and items. Graham feels compelled to save as many townspeople as he can, an outcome that is possible if certain puzzles are solved in the right order and the resources are doled out on the proper days. The jokes are still funny, but the puzzles aren’t quite as compelling this time around. Underneath all of the buffoonery are more humane moments as the characters develop. My choices through Graham directly influence Gwendolyn, who greatly admires her grandpa. In the present day, she often solves problems by emulating Graham’s accomplishments. 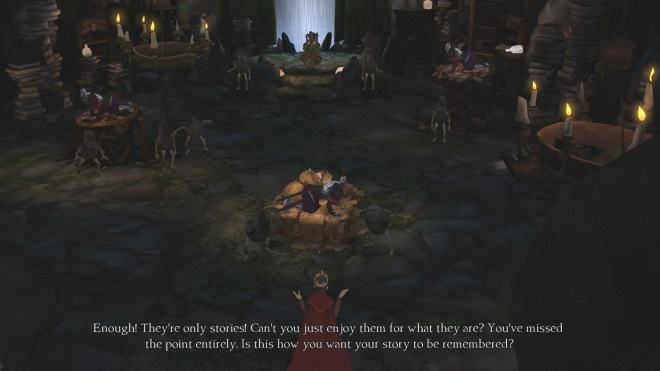 The old-school, flowing cartoon visuals are back, and the subterranean goblin lair is charming. The environments are darker but the lighting, often provided by luminescent critters and glowing flowers, gives everything an alien, ethereal quality. Load times are short and there is little stuttering. 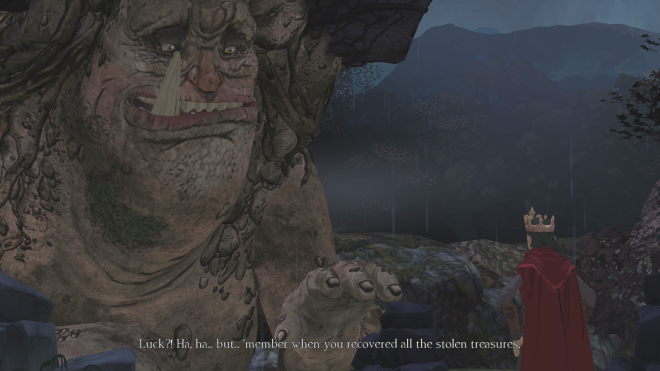 The voice acting remains of a very high quality, particularly Graham, Gwendolyn, and the thoroughly incompetent castle guardsmen. The Odd Gentlemen’s composer David Stanton continues to do good work with the music, which mixes in some of the old soundtracks with newer sensibilities.

There are two playthroughs here for people who want to experience everything that 'Rubble Without a Cause' has to offer. Different townspeople can be saved, coins can be collected, and so on. One playthrough should be quite enough for most, though. 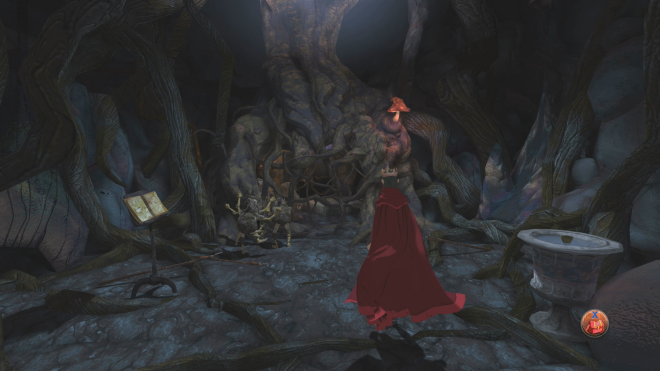 'King's Quest: Rubble Without a Cause' is no slouch, but its gameplay doesn’t quite live up to the standards set by 'A Knight to Remember'. It is definitely still worth playing, especially for those who fondly remember the golden age of adventure gaming.