Last year, Capcom remastered the outstanding 'Resident Evil' remake made for the Gamecube in 2002, and brought it to modern platforms. The success of the remaster has led to Capcom reconsidering their stance on the series and contemplating bringing it back to its survival horror roots, having already announced a remake of 'Resident Evil 2'.

It makes sense then, that they've also decided to remaster the series prequel 'Resident Evil 0', bringing another horror classic to a new audience.

'Resident Evil 0' is a game I've got a lot of love for. It's first hour or so, set entirely onboard the Ecliptic Express, a train that hosts some of the first victims of the T-virus, is incredible. One of my favorite set pieces in all of gaming, it looked stunning for its time and started the game out in a wonderfully tense manner while paying homage to the original game in some really cool ways. Having not played the game in quite some time, I admit I was a little scared heading into the remaster. I was worried that the visuals that seemed so wonderful to me at the time would look terrible at this point, and that the gameplay ideas that worked so well would've been buried under the frustrations brought by the changes '0' made to the standard 'RE' formula. 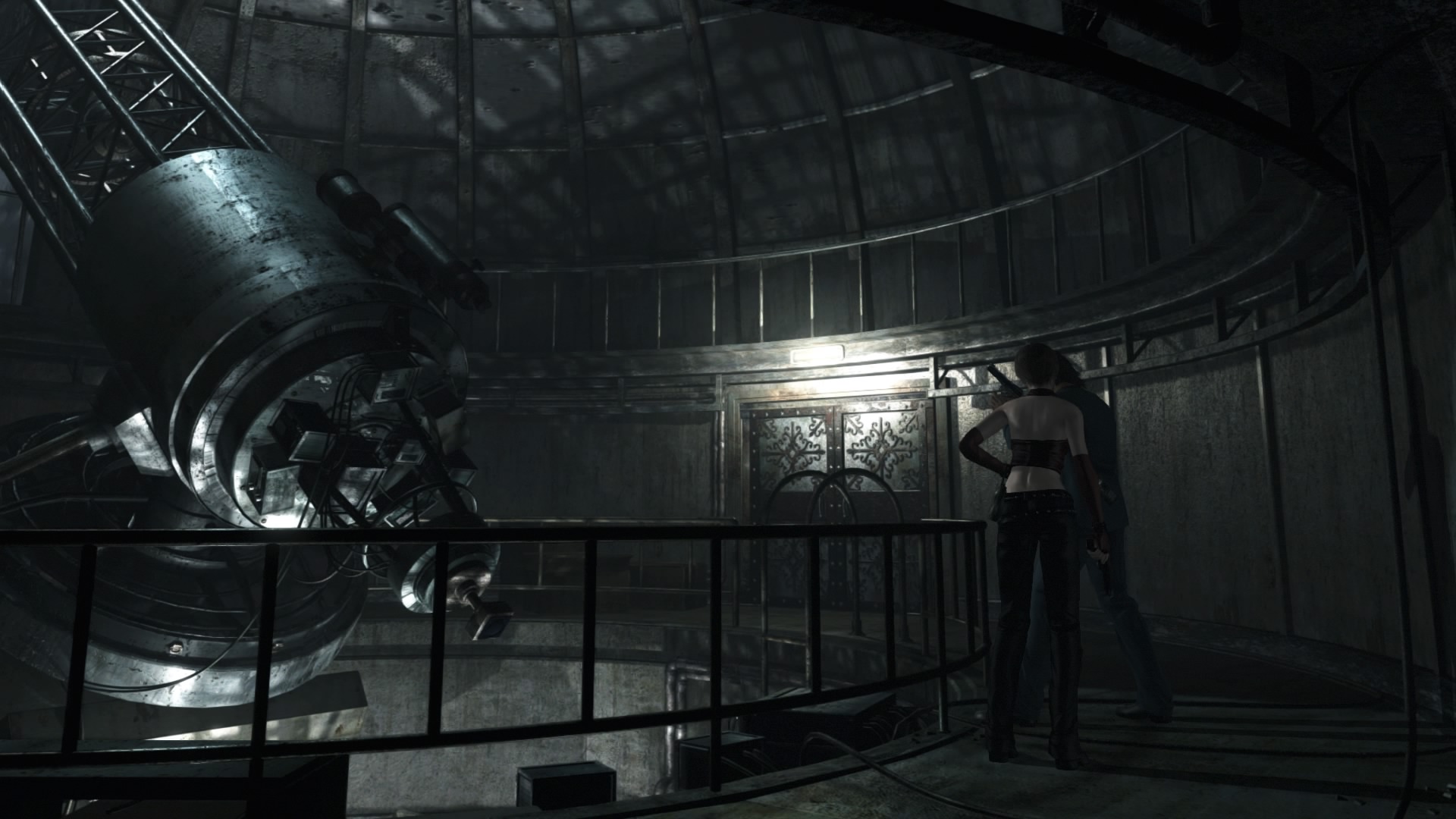 Thankfully, the work Capcom has done with this remaster is so good that, while it doesn't change the core of the game in any major way, it makes my appreciation for the game even deeper. The controls have been updated in the same way as the previous remaster, ditching tank controls for more standard third person movement while still allowing a classic control option for purists, and adding in an optional widescreen mode that makes exploration far easier, but doesn't lose the claustrophobic feeling that helps keep the game scary. I grew up with tank controls, and while I don't mind them all that much, the new scheme presented here makes far more sense.

If you've played any of the classic 'RE' games before, you have a rough idea of what to expect here. It's a fairly traditional survival horror game where ammo is scarce and any sort of safety is even more so. Playing on normal, I was at low health for more than half of my time with the game, and I kinda love that. '0', perhaps more so than any other game in the series, is hard. If you don't play carefully, or plan ahead with ammo and item usage, it will absolutely punish you. It's a game in which even your knife, the only weapon that won't consume the game's extremely limited ammo, takes up one of your precious few inventory slots. Above all of that though, it's a game that's smartly designed, with two playable characters this time who you can switch between at will: Rebecca Chambers, a side character in the first game, and escaped convict Billy Coen, '0' asks you to alternate between control of both of them to solve puzzles, back each other up during combat, and assist each other wherever possible. Some areas may only be accessible by Rebecca, while some things can only be interacted with by Billy. In light of how the franchise would later turn to co-op for most entries, it's interesting to see what might have been the root of that idea in an entirely single-player game. 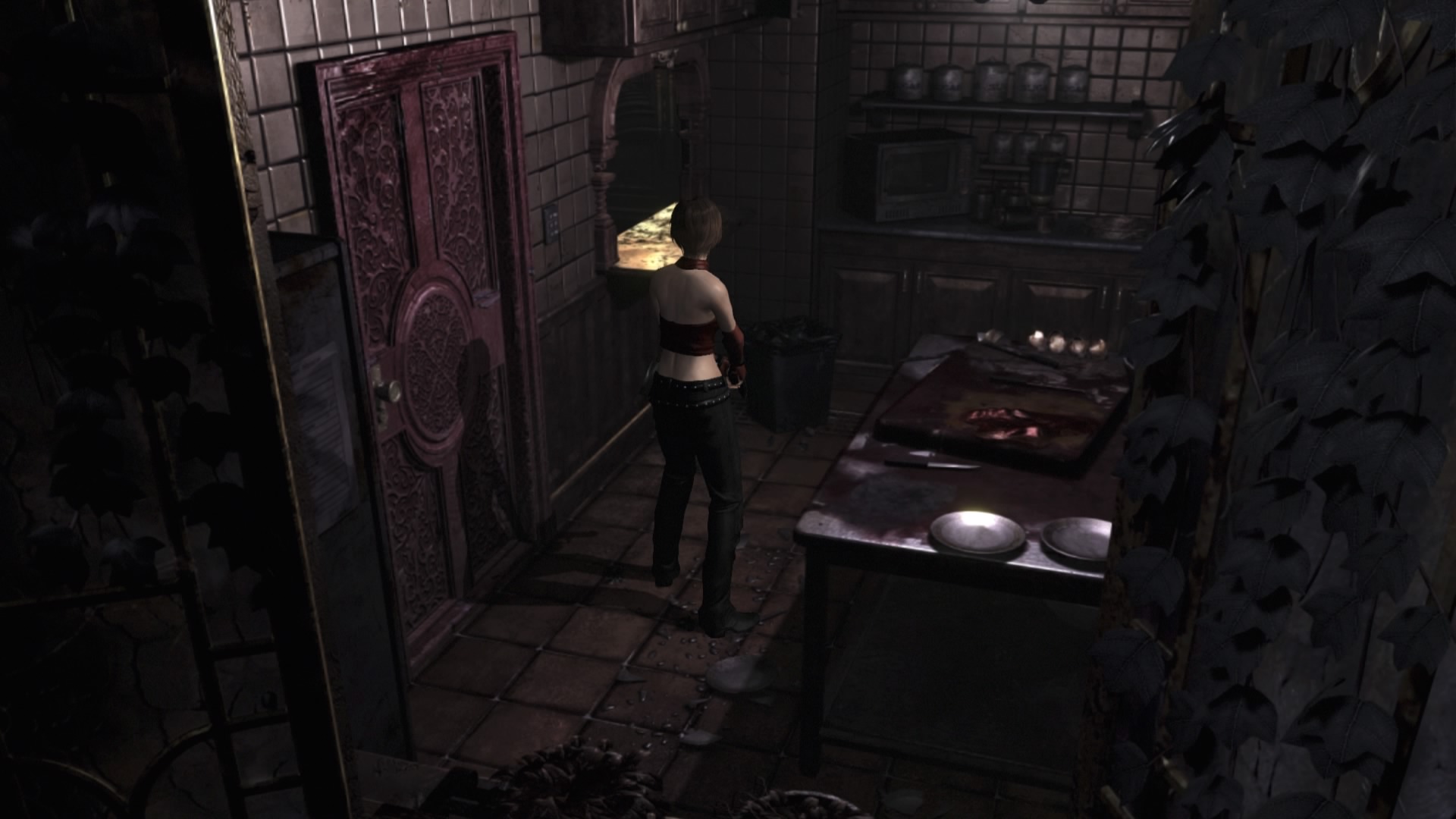 Thankfully, the two character mechanic works well, for the most part. Partner AI can be toggled to follow you around, stay put, or even turn off weapon usage if you want to be particularly careful with ammo. With the right stick being dedicated entirely to moving your partner, they'll never really get in the way of puzzles or combat. Sadly, this also leads into what is easily the worst idea in the game: The removal of item boxes. In previous entries, players could deposit any and all items into boxes scattered throughout the game and withdraw them again at any other box. While the idea of teleporting items made no sense, it was a nice concession that made puzzle solving and exploration less of a chore. '0' replaces this with a mechanic allowing you to place any items on the floor, which definitely helps, considering some weapons and key items can take up two of the six inventory slots each character has. Considering the bulk of the game revolves around puzzle solving, you'll likely have a full inventory at just about every given moment, and unfortunately, this leads to a lot of the game being dedicated to item management in a way that just feels clunky. It's a very deliberate decision made to accomodate the fact that there are more base inventory slots than typically found in a 'Resident Evil' game, but it just feels frustrating. It's the only game in the series where I've seen a new weapon and declined to pick it up, not wanting to clutter my inventory at all.

Outside of those issues though, '0' is a game that's held up incredibly well. Strong art direction, really great settings, tense combat, and fun puzzles make it a memorable experience from start to finish. While I don't like the plot as much as I want to, I still really love the central characters. The remaster also adds in a bunch of new costumes as well as the incredible "Wesker Mode", which sees Billy replaced by series villain Albert Wesker. Playing as Wesker fundamentally changes how the game feels, as he can sprint incredibly quickly, as well as perform charge attacks that deal huge amounts of damage to multiple targets at once. This leads to Wesker not really even needing weapons, which removes a lot of the inventory management issues in the base game. It's an easier mode, to be sure, but it's extremely fun, and works well as an extra. 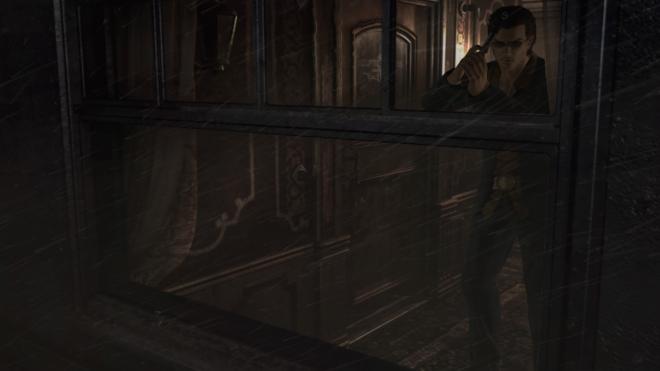 One of the best looking remasters ever. Character models have been entirely replaced with terrific new ones, and the already artistically stunning backgrounds have been cleaned up in a way that makes them look tremendous. 'Resident Evil' already got a fantastic remaster, but the work here is even better than that. The new lighting is fantastic and really brings much of the game to life in a way that honestly makes this one of the prettiest games in the last few years. It's hard to believe that this was originally from 2002, because the game looks nothing short of excellent. The only sore spot, and it's minor, is that the few CG cutscenes in the game have aged rather poorly and haven't really received much attention here. 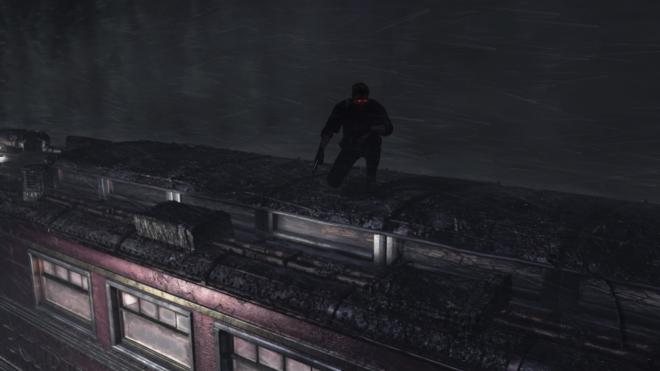 The voice acting in '0' ranges from mediocre (Rebecca and Billy) to awful (just about everyone else), but the rest of the audio is terrific. The music is great, and the sound design is outstanding. Hearing the rain beating down on the Ecliptic Express or the creak of some of the game's doors is wonderful, and makes the game scarier in a lot of really cool ways.

The three difficulty modes, which feature changes to item and ammo placement, play very differently from each other. On top of that, there's the aforementioned Wesker mode as well as Leech Hunter, which tasks you with running through the game's mansion to pick up leech charms and earn unlockables for New Game+. Capcom has done a lot of work to make a game already filled with extra content even bigger than it was before. Both returning players and newcomers to '0' ought to find plenty to do here. 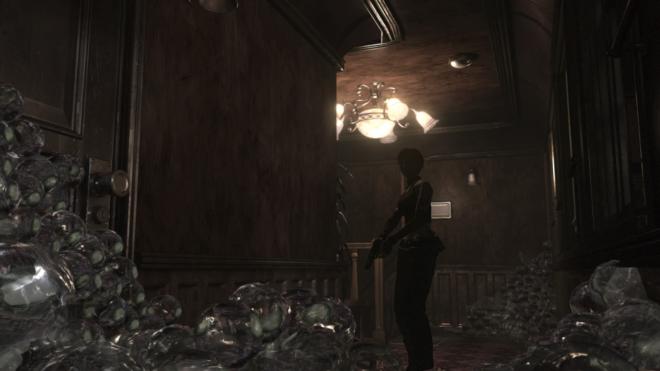 A tremendous remaster of a really great game. 'Resident Evil 0' might be a little too difficult at times, and the inventory system really could've used some tweaking, but there's never been a better way to experience this survival horror classic. If you've never played the game before, it's a fantastic time, and if you have, it's hard not to appreciate just how much has been done to make this version of it extremely worthwhile.