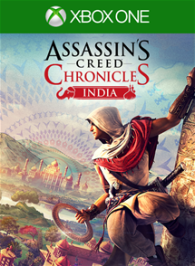 The Game Itself
2 Stars
The Video: Sizing Up the Picture
3.5 Stars
The Audio: Rating the Sound
4 Stars
Replay Factor
3 Stars
Bottom Line
Skip It

'Assassin’s Creed Chronicles: India' is the second entry in Ubisoft's 'Assassin’s Creed' spinoff series, following 'China' from last April. It is set in 19th-century India and continues the story of Shao Jun’s mysterious Precursor artifact, now pursued by the Assassin Arbaaz Mir. 'India' is to be closely followed by another 'Chronicles' game, set in Russia.

'India' has a formula similar to its immediate predecessor, which itself is a 2.5D shadow of the full 'Assassin’s Creed' series. It is primarily a stealth title, and though it has a decent combat system, open combat is heavily discouraged. In fact, killing people at all, even silently, is a surefire way to deprive yourself of valuable points that are used to earn upgrades. This stands in stark contrast to 'Assassin’s Creed: Syndicate', where stealth can be safely ignored in many missions and combat is a perfectly viable strategy. The 'Chronicles' games offer a markedly different experience. 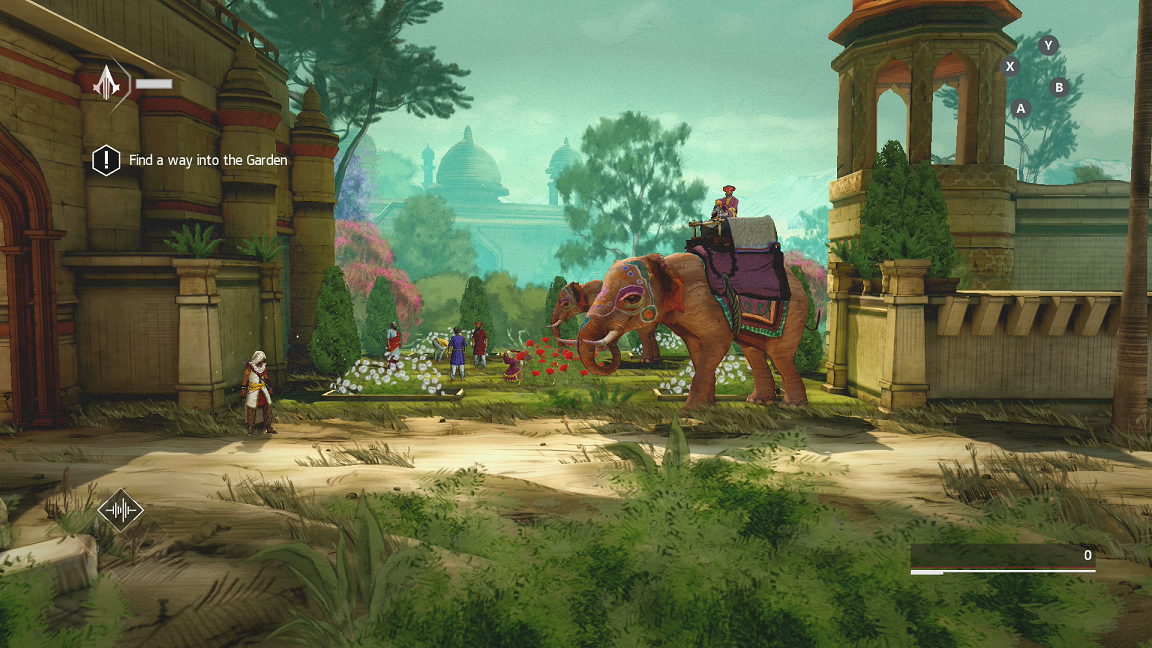 Each mission in 'India' is broken down into very small chapters that closely monitor player behavior. Being spotted, discovered (which happens very quickly after being spotted, unless the player acts quickly), or killing people changes the way in which the game scores progress. Even more so than Shao Jun, Arbaaz finds it much more beneficial to be a silent, unseen pacifist. A few new enemy types cannot be killed or knocked out; they can only be avoided or tricked into investigating a phantom disturbance. They also tend to have excellent marksmanship, so even though Arbaaz is a capable fighter, anytime I wound up in combat, I often restarted the checkpoint immediately. If I didn’t, a few unavoidable shots ended the game in short order. 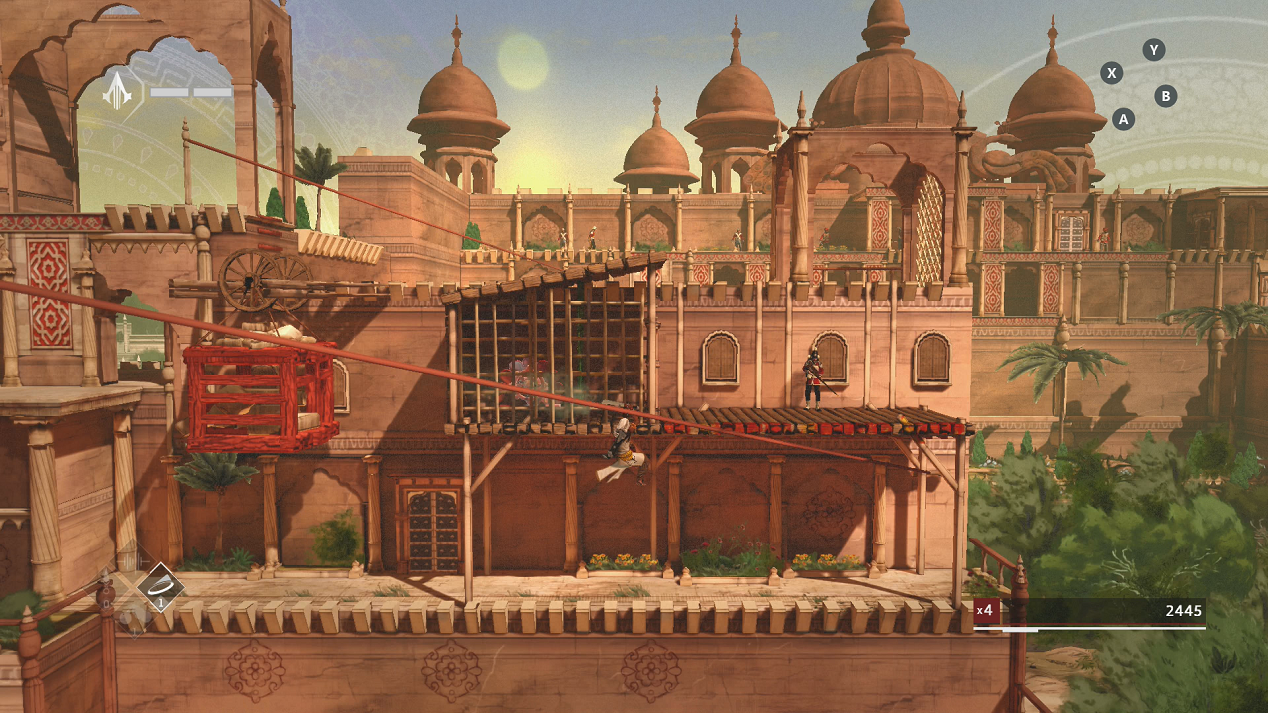 I would argue that 'Assassin’s Creed Chronicles: India' is more of a puzzle game than a stealth game, or at least has an equal mix of the two. Many segments are tightly timed and have exactly one route to victory, severely limiting Arbaaz’s movement. Instead of creeping carefully through the levels, looking for different angles and distraction opportunities, the game forced me to follow a strict script to complete objectives. I had to make perfect leaps over specific guards, knock out others to get past them without setting off an alarm, and so on, with even a second’s hesitation leading to a game over. The best stealth games are the ones with more player involvement in the route and the method. Even on a 2.5D plane, there are many clever ways for the devs to implement a degree of freedom. In 'India', the insistence on such carefully arranged routes is a bore. 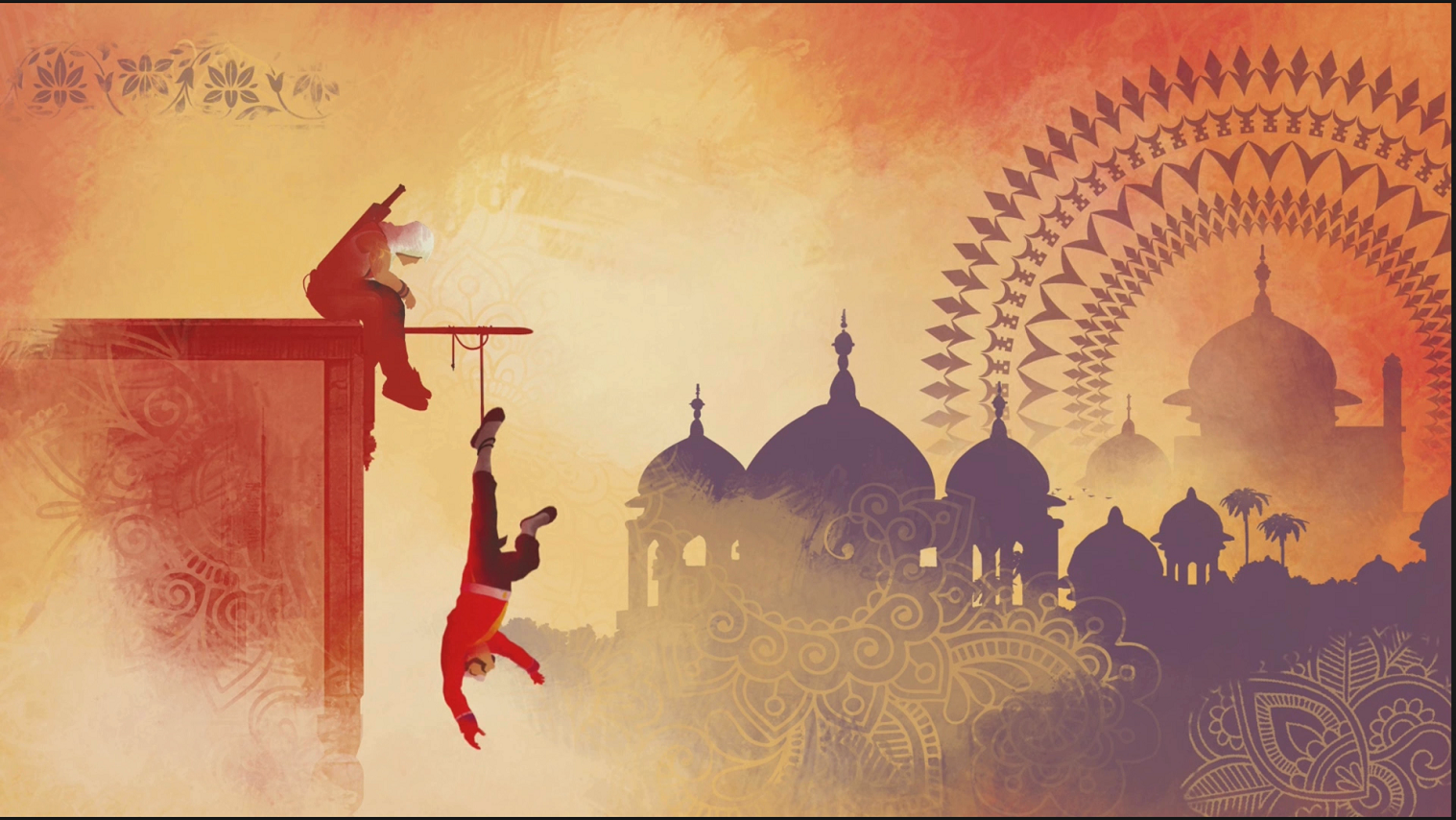 The game takes place in 1841, when the Indian subcontinent was under the occupation of the British East India Company (the crown would take over in 1858 and institute the British Raj). Arbaaz is a Master Assassin who still works closely with his mentor, Hamid. Like all Assassins, they are competing with local Templars for Precursor artifacts. Arbaaz is portrayed as something of a rake, and occasionally makes visits to the palace where he cavorts with the princess. He is also extremely loyal to the Creed, and I like his character even though it doesn’t develop much over the course of the game. The story didn’t make a compelling case for itself, and the best part about it is that the cutscenes are both short and uncommon. Like just about every 'Assassin’s Creed', the setting was meticulously researched, and there is a smorgasbord of historical fun facts built into the interface for those interested. 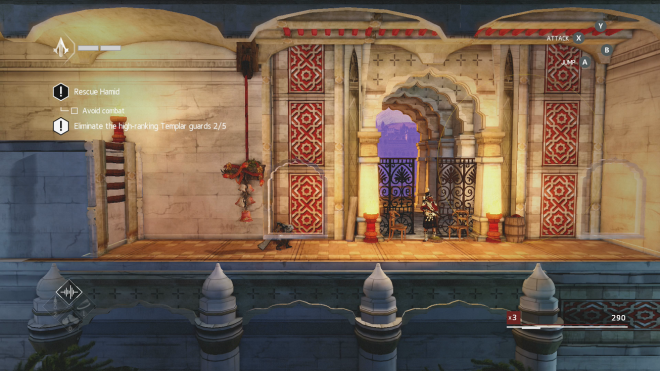 'Assassin’s Creed Chronicles: India' has a lovely visual theme. It has a bright, hand-painted look, with colorful flourishes reminiscent of thangkas or mandalas. The environments are the best part, with the character models and some other textures coming up a bit short. Controls can be a bit iffy, especially when jumping. This game uses the 2.5D effect more commonly than 'China' did, and adds more in-engine cutscenes. The story cutscenes are done using static storyboards akin to a comic with little animation, and are also pretty. 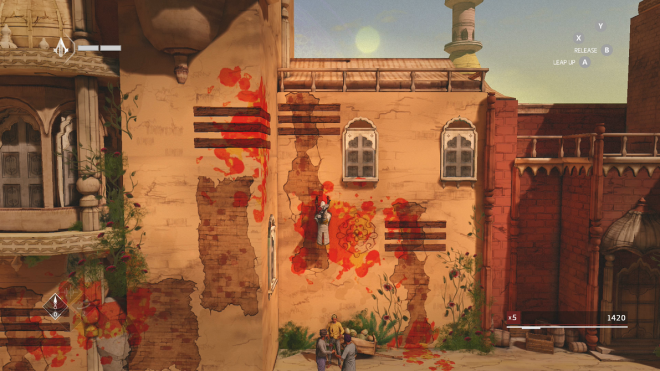 The game’s music is well done and has a distinctly colonial Indian character. Sound effects are rich and diverse, from the grumpy growls of awakened tigers to the thick reports of the highland muskets. Voice acting is weaker and guard conversations are repetitive, but Arbaaz is done well.

Finishing the game once unlocks two new difficulty modes, the harder of which provides an opportunity for more upgrades to Arbaaz’s abilities and upgrades. Because of the nature of 'India’s' gameplay, the difficulty bump is more frustrating than challenging. There are also virtual reality missions available through the Animus, where I could play through little maps outside of the story. They’re fun, but not outstandingly so. 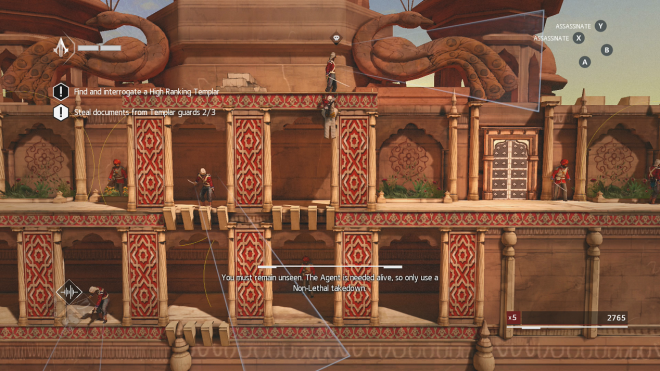 'Assassin’s Creed Chronicles: India' takes a step back from the modest success of 'China'. The narrative adds little to the overall 'Assassin’s Creed' storyline, most of the characters are thin, and the gameplay is inexplicably disheartening. Perhaps Ubisoft can eke out a victory with the Russian installment next month, but this entry isn’t worth the price of admission.