The Game Itself
4.5 Stars
The Video: Sizing Up the Picture
2.5 Stars
The Audio: Rating the Sound
4 Stars
Replay Factor
4 Stars
Bottom Line
Recommended

'Homeworld: Deserts of Kharak' started its life as 'Hardware: Shipbreakers', a non-Homeworld title in development by Blackbird Interactive. Blackbird’s staff includes several developers from the original 'Homeworld' team, and when Gearbox purchased the seminal RTS’ IP in 2013, they tapped Blackbird to create a prequel. Unlike last year’s 'Homeworld Remastered Collection', 'Deserts of Kharak' is a brand-new experience, utilizing the Unity engine.

'Deserts of Kharak' has the 'Homeworld' DNA written all over it, but deviates from the earlier games in one major aspect. Instead of a three-dimensional setting in deep space, 'Kharak' takes place, as you might expect, in the deserts of the planet of Kharak. Otherwise, the gameplay hasn’t changed dramatically. Instead of the Mothership, Hiigarans in the field receive commands from the Kapisi, a massive, treaded desert carrier with advanced manufacturing capabilities. It is both a home base and a mobile unit, capable of traveling slowly across Kharak’s dunes while smaller, more maneuverable vehicles support it. All research, fabrication, and reconnaissance are carried out from the Kapisi, and if it is destroyed, the game ends. 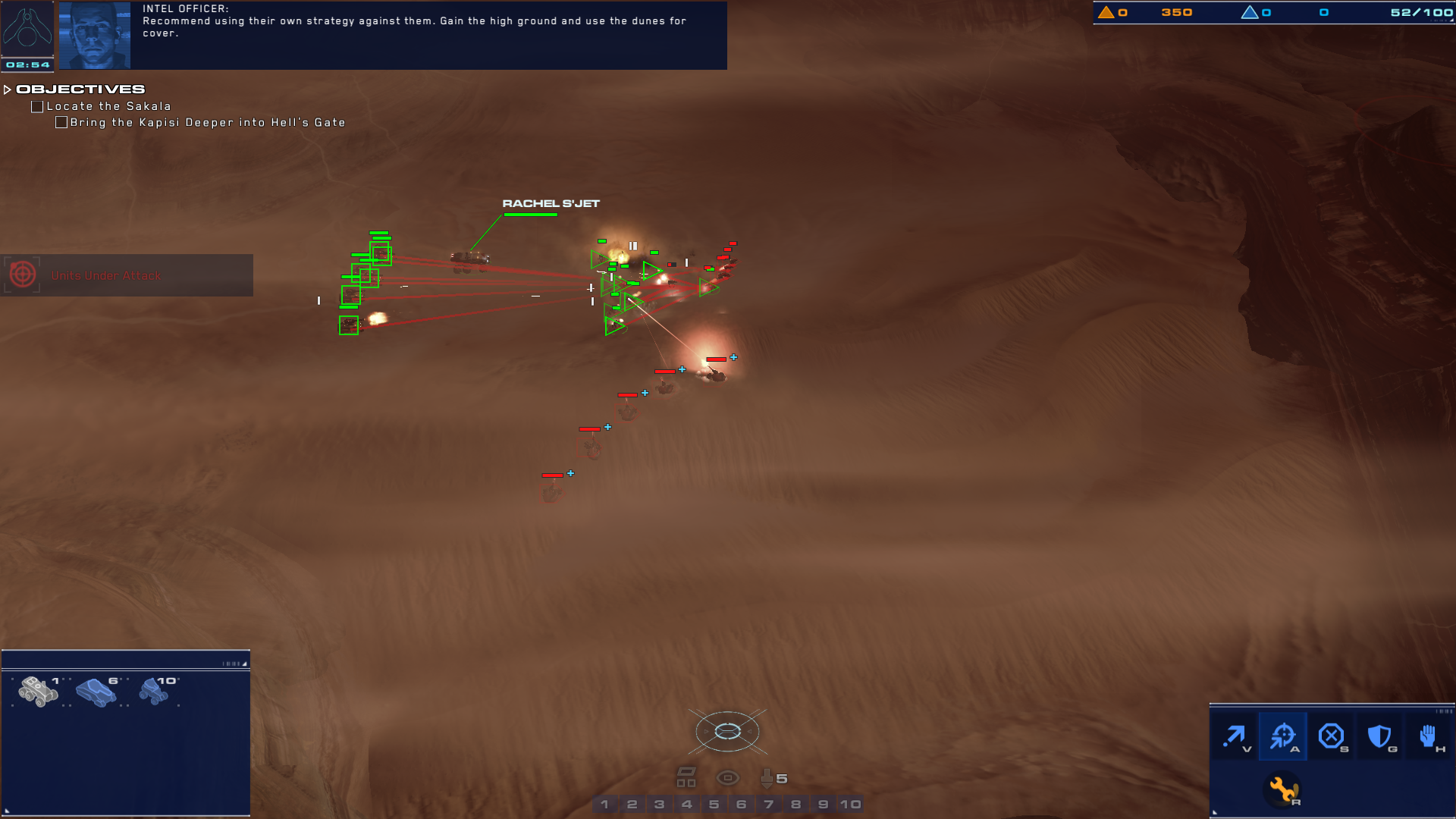 'Deserts of Kharak' makes use of newer RTS concepts, particularly in regards to its ground vehicles. Instead of the class-based system of 'Homeworld's space vessels, the units here have individual abilities and are grouped into broad types based on their speed. Light assault vehicles are quick dune buggies that I favor as they are cheap and, when upgraded, capable of pestering enemy formations far out of their price range. Later on, heavier and more specialized units become available, including tanks, artillery, and even squadrons of air-based fighters that sortie from the Kapisi to nearly anywhere on the map. There is also a robust economic and logistics wing, composed of resource gatherers, science vehicles, and small mobile bases. Due to the nomadic nature of the Kapisi, 'Deserts of Kharak' doesn’t have the deeper economy or base-building mechanics you might see in something like a 'Starcraft'. Instead, it has a comprehensive and detailed tactical system, just like its parents. 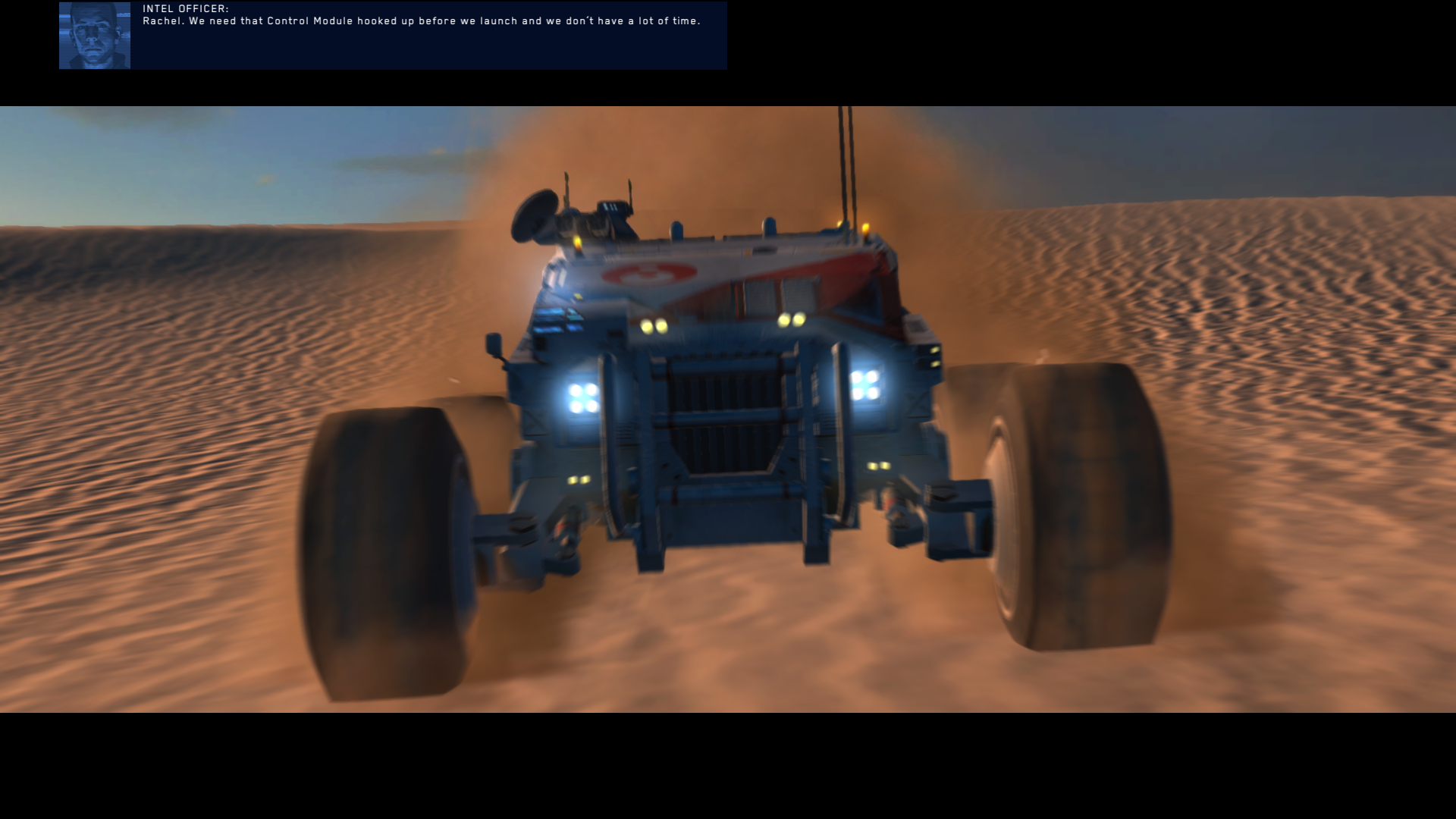 While it’s not fully 3D, 'Kharak' has made good use of topography in its level design. The maps are rife with dunes and hills, which can hide units or give them an advantage when fighting against enemies in lower altitudes. I spent resources in the early game to upgrade my railgun artillery units, and then slowly moved them along ridgelines, out of sight, to the tops of dunes where they could harass opponents who were engaged with my main force of assault vehicles. All the while, a baserunner support unit followed the main group, setting up sensor and turret emplacements to slow down anyone who got past the tanks and give my Kapisi time to prepare its defenses.

This is just one of many strategies that players can develop. The diverse roster of units allows for many such possibilities, and the game’s campaign has excellent objectives and maps that permit tactical creativity. My fleet came with me from mission to mission, as the Hiigarans are nomadic and the carrier serves as their only home. Because of this, research also carries over, and new options constantly open up throughout the missions. In most places, there aren’t enough resources to train everything, so careful decisions must be made to increase the military’s efficiency.

As 'Deserts of Kharak' is a prequel, the Hiigarans have not yet left the desert planet that serves as a makeshift prison. They are out in the dunes looking for the Jaraci Object, an anomaly recently discovered via satellite scans. The expedition is led by Rachel S’jet, a science officer who doubles as a hero unit in the field who can quickly repair other vehicles (she is of no relation to Karan S’jet, the scientist who grafted her body into the mothership in 'Homeworld' and became Fleet Command. "S’jet" is a clan name). The Hiigarans are presented as a simple nomadic tribe, but they are easy to sympathize with, as their goals are typically noble. The storyline is a credit to the writers, and I particularly like the subplot involving Rachel’s brother, a missing explorer. It gives a personal element to a narrative that is typically more focused on the welfare of an entire race of people. 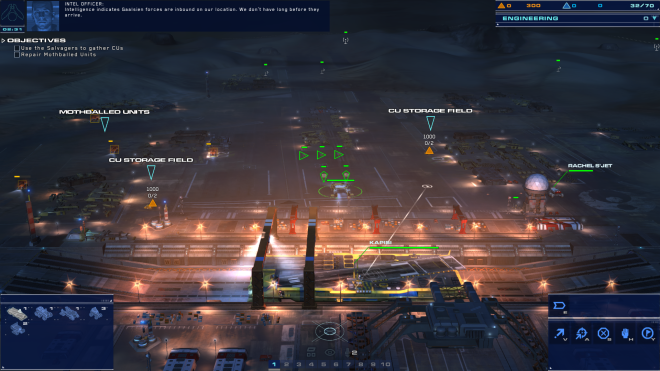 I have few complaints about the gameplay or story of 'Homeworld: Deserts of Kharak', but the game struggles in its presentation. Even on a machine with hardware above its recommended specs, 'Kharak' had a consistently low framerate and choppy visuals. I dropped the visual settings to the lowest tier possible, which didn’t help much. During in-engine cutscenes, the framerate hits the single digits. During normal gameplay it stays higher, but Unity is capable of far more. Textures and vehicle models look simple, but the FMVs retain the mysterious charm that 'Homeworld' is known for. 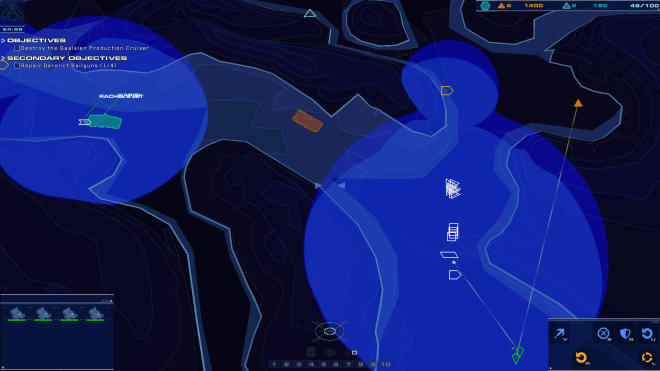 The score is tribal, even primordial, and uses less of the heavy bass found in most science fiction games. Voice acting and sound effects are top notch. There is a persistent radio background chatter that, while of a lower volume, is still distracting. Thankfully, it can be modified in the settings.

Individual missions can become quite long, so the campaign has a good value. In addition, there are two non-campaign modes: multiplayer and skirmish. Multiplayer currently offers ranked and unranked deathmatch for up to six players on two teams. Skirmish is the AI mode and provides several different maps and configurations. AI difficulty and objectives can be tweaked. There are five maps at the time of writing, all of which are designed well and more interesting than that typically found in RTS releases. Mod support is not included. 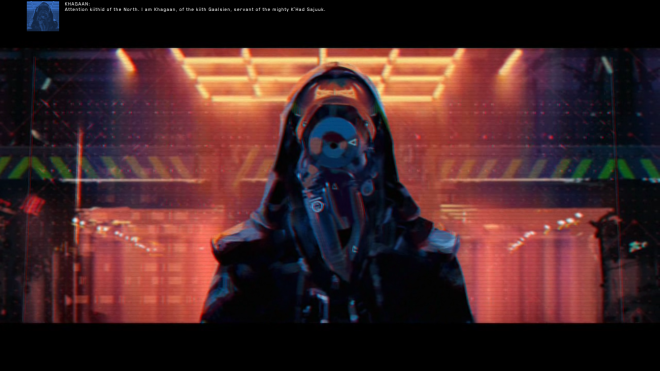 'Homeworld: Deserts of Kharak' is a good game and a worthy addition to the lofty 'Homeworld' canon, but its technical issues are a serious concern. Despite the weaknesses in its visuals and performance, it is a strong RTS with a first-class tactical formula and decent narrative.