The Game Itself
3.5 Stars
The Video: Sizing Up the Picture
3.5 Stars
The Audio: Rating the Sound
3.5 Stars
Replay Factor
3 Stars
Bottom Line
Recommended

Rise of the Tomb Raider - Baba Yaga: The Temple of the Witch

'Baba Yaga: Temple of the Witch' is the second downloadable pack for last year’s 'Rise of the Tomb Raider' and the first one to be story-based. The first pack was a survival/endurance mode. It is part of the season pass but can also be purchased a la carte.

Baba Yaga is an old folktale from Slavic mythology. She is commonly depicted as a villainous hag or crone. She often has an oversized mortar and pestle with her, and lives in a shack that can move around via massive chicken’s feet. Like many witches, she has cannibalistic overtones and is said to waylay forest travelers with her spells. 'Rise of the Tomb Raider' takes place mostly in Siberia and so it is unsurprising that Lara, with her attraction to the extraordinary and supernatural, would cross paths with her. 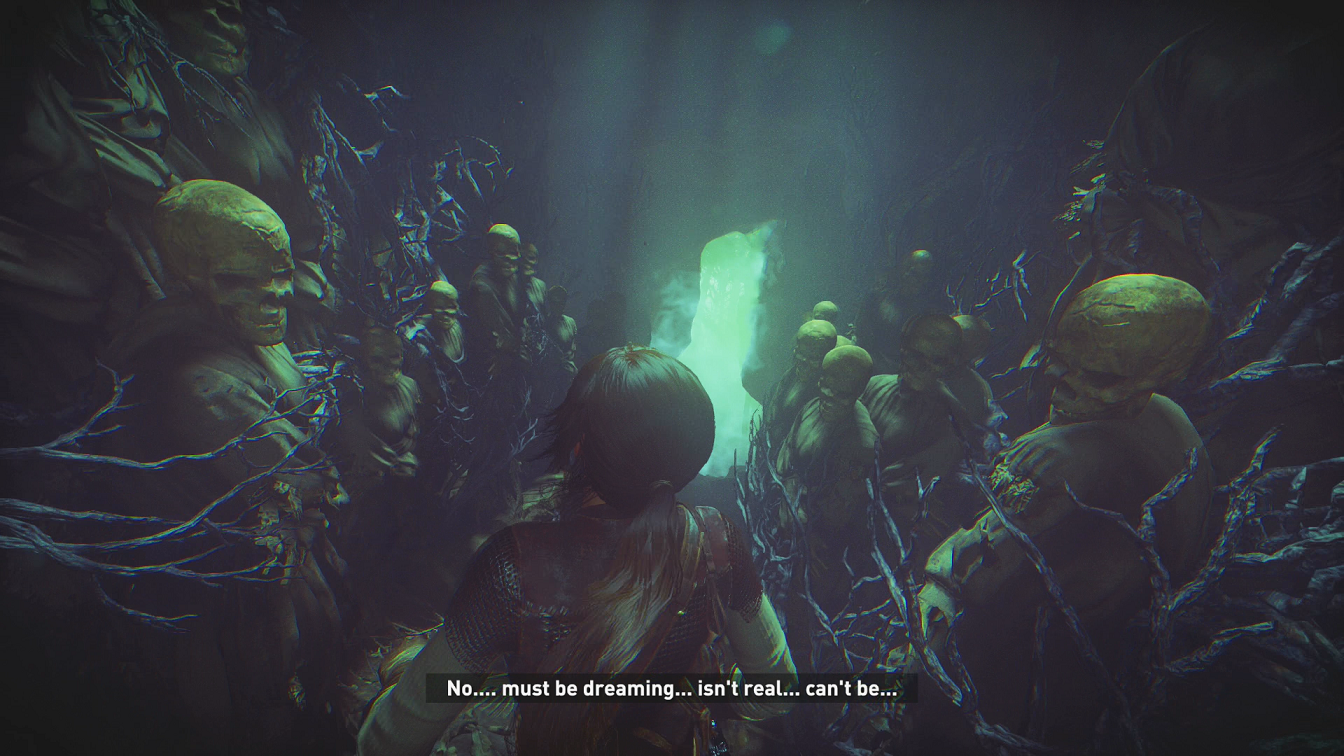 'Baba Yaga' fits neatly into the first act of 'Rise of the Tomb Raider', not requiring a playthrough of its own. It can be accessed any time after Lara has discovered the Soviet Installation. In the abandoned saw mill there she finds a girl, Nadia, who is looking for her grandfather in the forest but has been accosted by Trinity thugs. The grandfather has a decades-old vendetta against the Baba Yaga and has decided that now, in the twilight of his life, he is prepared to face her. Lara naturally agrees to help the family, if only to satisfy her curiosity about the witch. 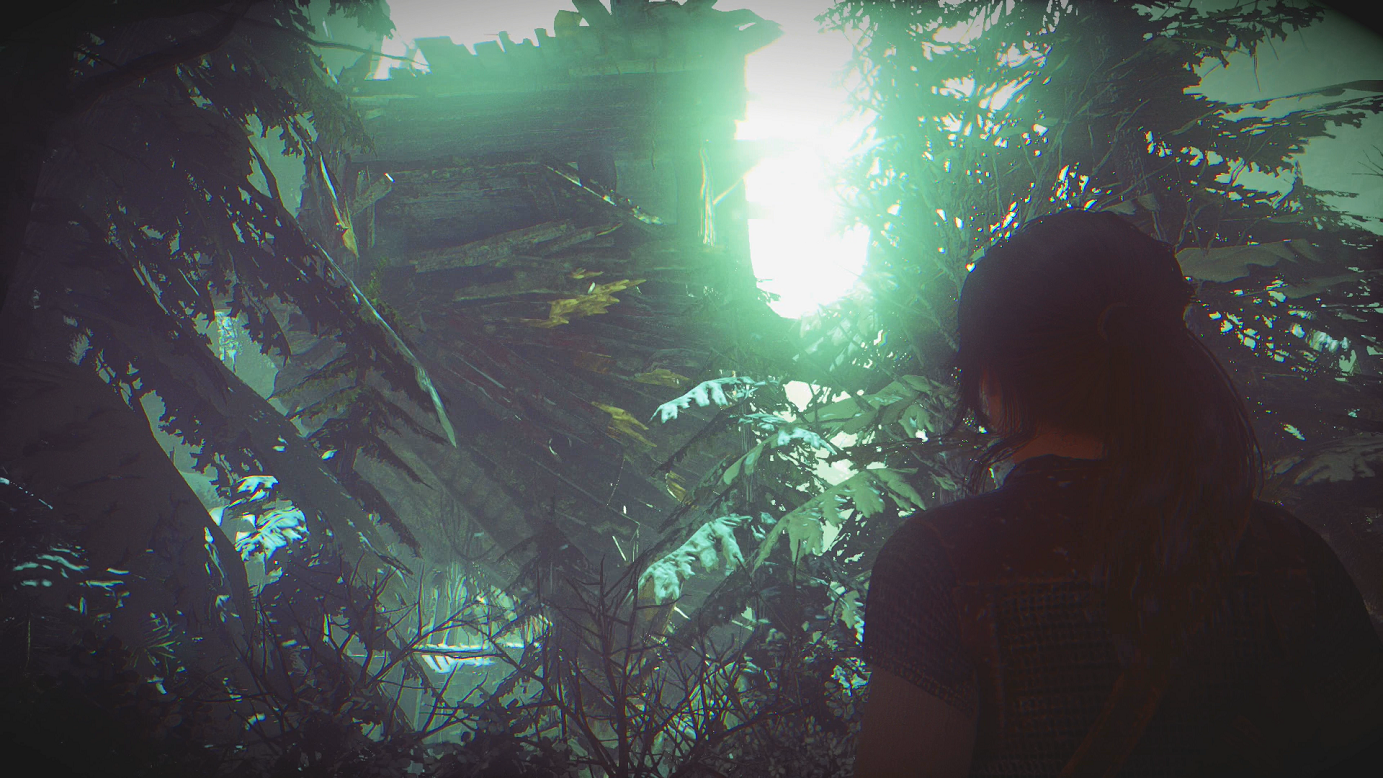 The expansion pack plays like a microcosm of the main 'Tomb Raider' narrative. It has platforming, fighting, a little bit of exploration, and a few pieces of new equipment. It also has a decent story for a DLC. Lara initially has no personal incentive to find Baba Yaga, but that soon changes as the explorer gradually learns the true nature of the witch. Just like the old folktales, Baba can influence the minds of those around her, and Lara becomes confused. She has a few issues of her own that need sorting out, mostly of the daddy variety, and Baba takes advantage of her vulnerability. "New" enemies include demon-like wolves and humans who serve Baba, but they’re just a fancy reskin with no new abilities. The witch’s mental power can eventually be used against Lara’s enemies, as completing the campaign nets her a new bow and an outfit that manipulates Trinity guards into fighting each other. For her part, the wicked witch herself is an excellent boss fight, hands-down the best we’ve seen in the new series to date. It successfully uses both Lara’s combat and platforming skills to complete without being obnoxiously opaque.

There are a few environmental puzzles to be solved, and they're more challenging than the ones in the base campaign. One in particular gave me problems, a large rope-and-pulley system that was both simple and elegant, and made me feel quite foolish when I finally solved it. The only gadget that is necessary to solve all of the puzzles is the rope arrow, although players who have obtained the zip line pull and grappling hook are going to have a slightly easier time of it. There is an instance of backtracking but it’s not terrible - most of the action takes place in the DLC’s Wicked Vale region, which has a modest amount of collectibles. 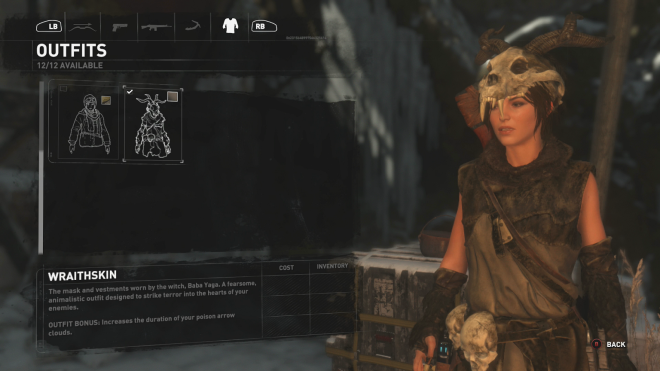 The Vale is quite pretty in its creepiness. The witch is a loud, obnoxious foe most of the time, but every once in a while there will be a humanoid shadow flicker across the edge of the screen, or a ghostly silhouette in the darkness. It’s not hard to make forests spooky as they tend to do that on their own, but Baba’s grove is more unearthly and macabre than I had expected for a 'Tomb Raider'. The Wraithskin outfit is a bit silly-looking, but the Dreamstinger bow is a nice touch. 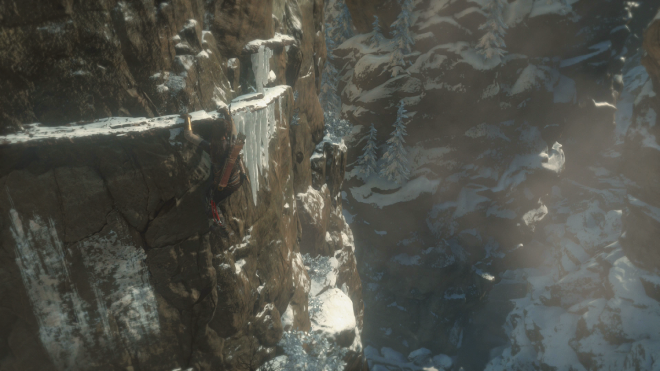 The distorted, psychedelic voice performance from the witch comes across as more creepy than cheesy, though it has elements of both. The other new voices, like Nadia and her grandfather, are well done. Camilla Luddington does a great job as Lara, as usual. The music and sound effects are otherwise similar.

While the storyline is short at less than three hours, it does add several levels into the survival/endurance replay mode, as well as some exploration. After the boss fight, Baba Yaga’s temple offers some tricky climbing to find all of its secrets. 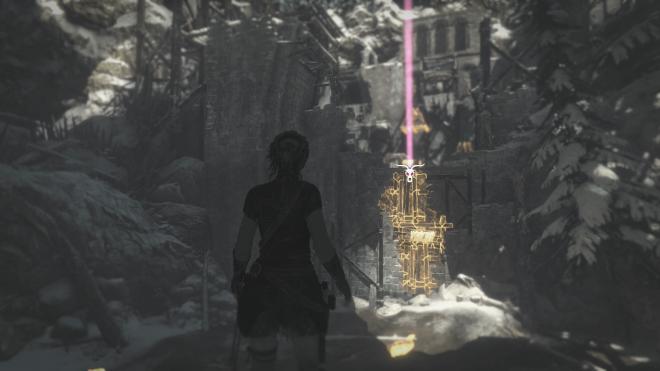 'Baba Yaga' is a capable, if small, piece of aftermarket content for the already excellent 'Rise of the Tomb Raider'. It was thoughtfully constructed even if it comes up a bit short in some places (and another bonus tomb would not have been remiss), but should not be missed by those who enjoyed the base game.