Digital version reviewed on Xbox One. Note that some content, such as legendary levels, is not exclusive to 'The Following' expansion but can be found in all editions of the game via a free update.

'The Following' is an expansion to zombie freerunner 'Dying Light', released last year by Techland. It can be purchased by itself, or progress can be carried over from the standard release (the expansion is also part of the season pass). 'The Following' has its own map and campaign that take places outside of the city of Harran.

Upon entering Harran, I was approached by a wounded man raving about a cult living in the countryside. They had managed to stave off the infection through worship of a being called the Mother. Short on Antizin, and with nothing better to do in the city, I headed out to the boonies to investigate these radicals and perhaps obtain the source of their cure.

The country map of 'The Following' is huge, much larger than anything in the vanilla game or any of the previous DLC. It is so huge that traveling anywhere on foot is very time-consuming, and so Techland has provided us with a dune buggy for convenience. The buggy is upgradeable, not just with stat bonuses to speed and such but also more colorful enhancements like flamethrowers and electrified caging. It is available almost as soon as the expansion campaign begins and, in the event that it becomes submerged or separated from the player, can be recalled at a safe haven or gas station. 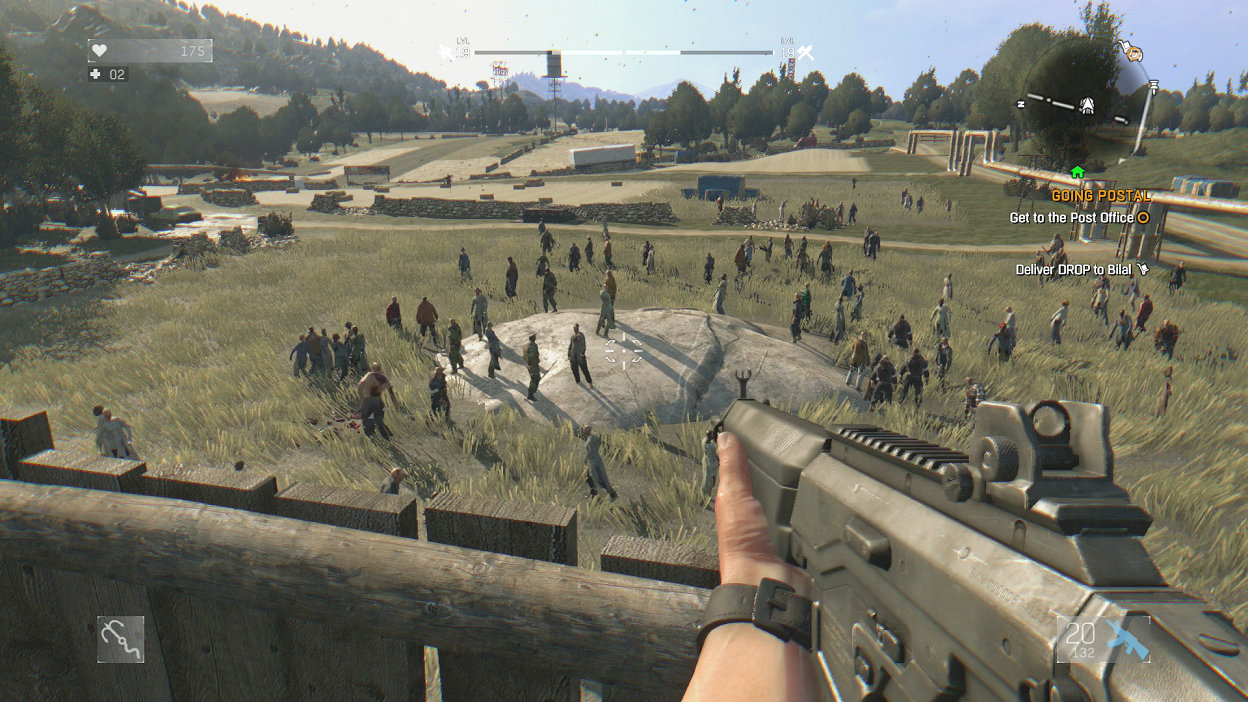 While the handling of the buggy is good, its other attributes leave something to be desired. It must be refueled and repaired with some frequency, which of course is a realistic quality but a bit of a drag in a video game that prides itself on speed and freedom of movement. After running over only a dozen or so zombies, I was nagged by the HUD to stop and collect parts to fix my broken suspension or whatever else was rattling. It turns out that the buggy is quite fragile, particularly in the beginning. The map design is not conducive to driving, despite its size, and is full of water hazards, endless groves of trees, and a large rock outcropping that juts out into the middle of the map. The biggest problem, and the one that made me abandon the buggy and move about on foot most of the time, are the virals. You may recall these faster, tougher zombies from the base game, which have a habit of appearing whenever a loud noise is produced, like a gunshot or explosion. They just love jumping onto the car and swatting at me all the time, and nothing short of a nitro-fueled speed boost or ramming into a spiked tower will jar them loose. The nighttime variant, the volatiles, are even worse, as they can usually run faster than the car. They appear with such frequency and volume that after an hour or so of trying to avoid them, I simply resigned myself to traversing the entirety of the countryside on foot.

Despite my misgivings with what was billed as one of the bigger draws of 'The Following', it turns out that I was content to explore the sticks on my own. I was able to see things and visit places that I might have otherwise ignored if I had been zooming past in a vehicle. The lack of a fast travel system means that it can take a long time to get from one end of the map to the other, but I earned a lot of experience points in my travels. New activities like clearing out volatile nests are added to the already worthwhile pool of 'Dying Light' labors, like preparing safe zones and saving random survivors. The expansion features a significant collection of side quests that can be found without contributing to the main questline at all, like being scammed by some kids into fighting a huge demolisher zombie in a warehouse while they cheered on the zombie. Techland listened closely to the complaints leveled at the base game, as the content has greatly improved in variety. Fetch quests are less common and have been replaced with more diverse mission types. Bounties can be worked on at the player’s leisure, and are similar to the challenges found in other open world games.

As for the story, with the cultists and all that, it turns out to be pretty interesting, if familiar. 'Dying Light’s' campaign had a tendency to meander and become unwieldy towards the end, but 'The Following' has a better script and sticks to the basics. Kyle Crane is still boring, but several supporting characters are worthwhile, like the Mother herself. I appreciate the way that the expansion handles story progression, with a rudimentary reputation system instead of a mission checklist. I was gradually brought into their inner circle as I helped their followers in the sandbox. Shorter actions like rescuing an individual survivor from a pack of bandits would invest a small amount of reputation, while doing something epic like clearing out a volatile nest would earn big rewards. 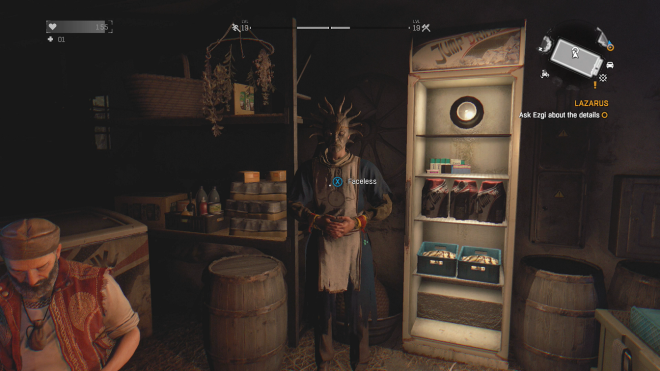 This map is not as dense as Harran, so it’s mostly farms and fields. Smaller changes have been added, like additional parkour animations. Otherwise, it still looks a lot like 'Dying Light'. Draw distance could be a bit longer, especially when the buggy’s engines have been upgraded, but it’s not a huge issue. Motion blur is heavy when driving, and the framerate tends to drop when going full speed. 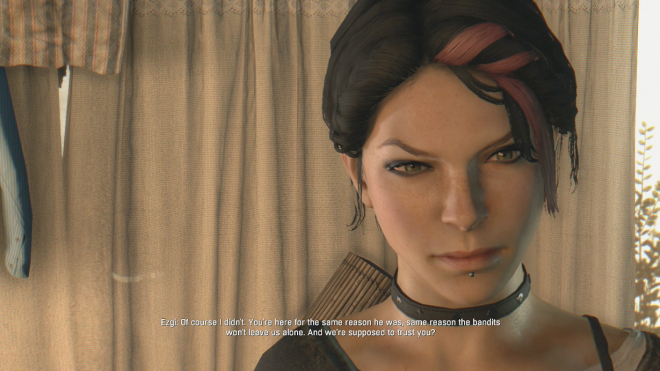 The creepy soundtrack from Pawel Blaszczak is still very effective, particularly at night. The voice actors are competent, if not particularly memorable. The dune buggy sounds nice, even if I avoided it.

The campaign takes around ten hours, but the side stuff can double that without much trouble. The dune buggy has its own skill tree, and that combined with heavy-duty upgrades make it modestly more palatable in the late game. A new difficulty level, Nightmare mode, lengthens the night and empowers the zombies. A few new guns are available, as is the crossbow, which is an excellent weapon. It is quiet enough that it doesn’t summon virals but still powerful, and can fit different ammunition types. The asymmetrical zombie vs human multiplayer is still available, but its problems have carried over from 'Dying Light' and it pales in comparison to the single player. Some other improvements to the game include legendary levels, which permit Kyle to become stronger after hitting survivor level 25. 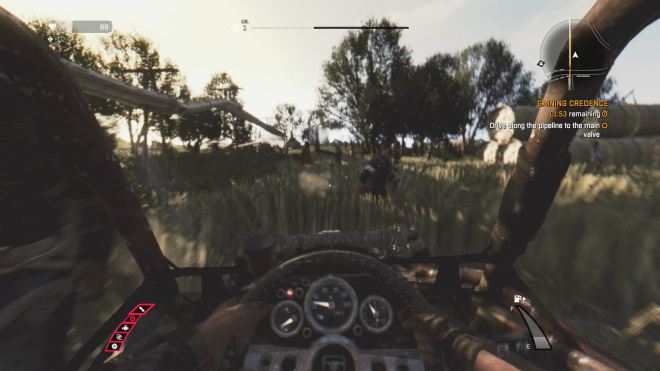 'The Following' is the kind of expansion that by today's publishing standards could have easily been labeled as a sequel and given a higher price tag. It doesn’t get everything right, but still has a lot to offer.