The Game Itself
4.5 Stars
The Video: Sizing Up the Picture
2.5 Stars
The Audio: Rating the Sound
4 Stars
Replay Factor
2 Stars
Bottom Line
Recommended

The Walking Dead: Michonne - A Telltale Miniseries - In Too Deep

Digital Xbox One version reviewed. Review contains some light spoilers mainly involving some backstory. Unlike prior 'The Walking Dead' Telltale game installments, the 'Michonne' miniseries has no save file import, and is presented as suitable for longtime 'TWD' fans and the unfamiliar like.

Telltale has made a name for themselves in recent years with their excellent episodic franchises, the most popular of which is probably 'The Walking Dead'. The games are based on the original comic books and not the AMC show, which has also enjoyed runaway success. The second season ended a year and a half ago, and since then the fans have been diligently waiting for more (and it’s coming). But until then, Telltale has dropped a morsel in the form of the three-part 'The Walking Dead: Michonne - A Telltale Miniseries,' which, happily enough, stars Michonne, a mysterious, taciturn woman with a fondness for swordplay.

The 'Michonne' miniseries takes place during the titular character’s self-imposed exile from the Kingdom, a safe zone led by Ezekiel. Some time before, the combined forces of the Kingdom and Rock Grimes’ band of survivors at Alexandria had defeated the Saviors, a ruthless gang of marauders. Afterwards, Michonne continued to struggle with guilt from the early days of the apocalypse, when she lost her family. That, combined with her complicated relationship with Ezekiel, led to her leave of absence. 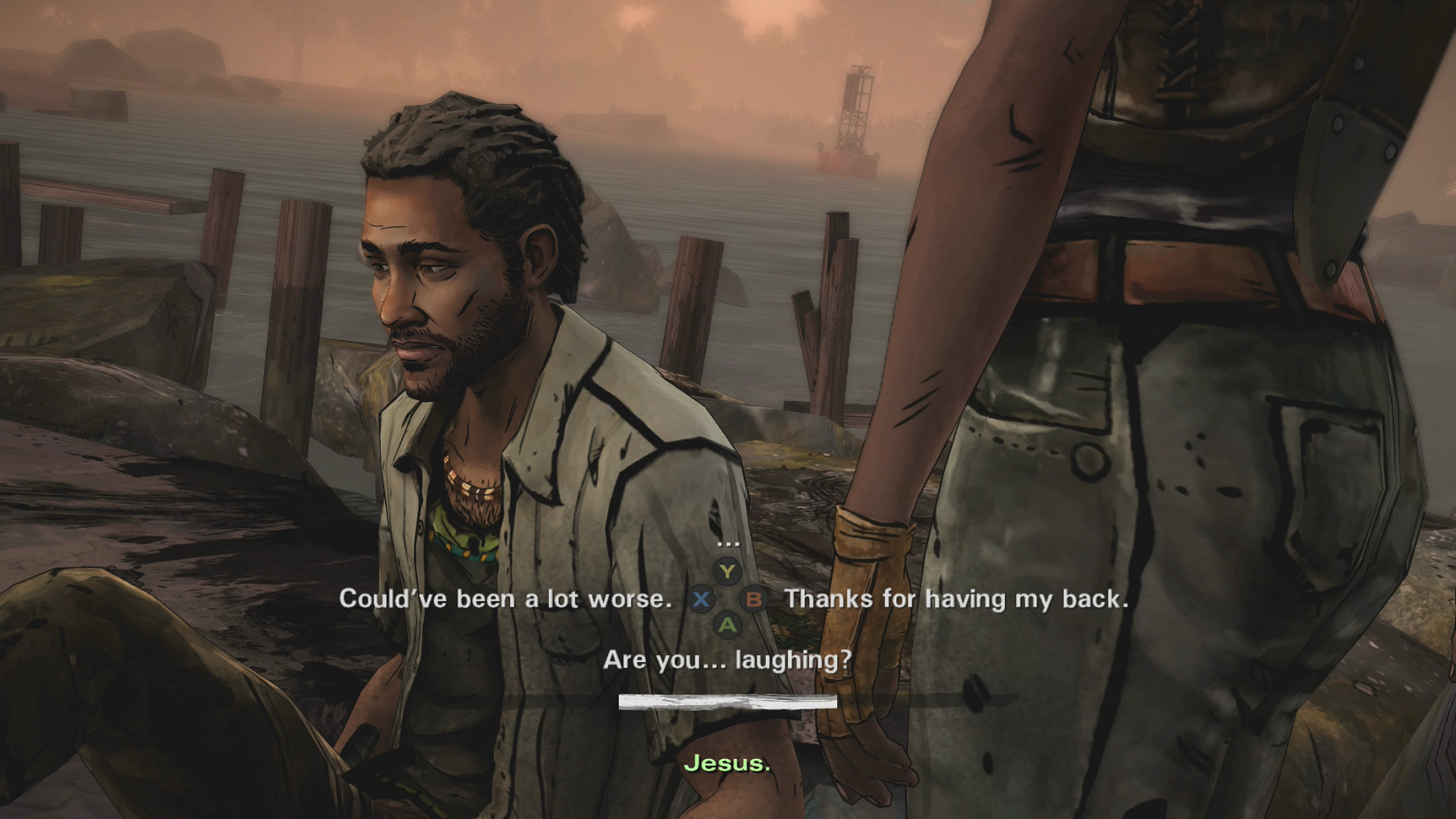 The episode begins with Michonne on a fishing boat, of all things. A small crew of survivors, led by the affable Pete, have been living on the sailboat The Companion, trading with other survivors when possible. Things take a turn for the worst almost immediately and Michonne is put into very strenuous circumstances. Unlike the main series’ Clementine, Michonne is not only a full-grown adult, but also a skilled fighter and vicious when backed into a corner. My Michonne is strong, silent, and as violent as the choices will allow me. She does not trust strangers and barely tolerates anyone else. 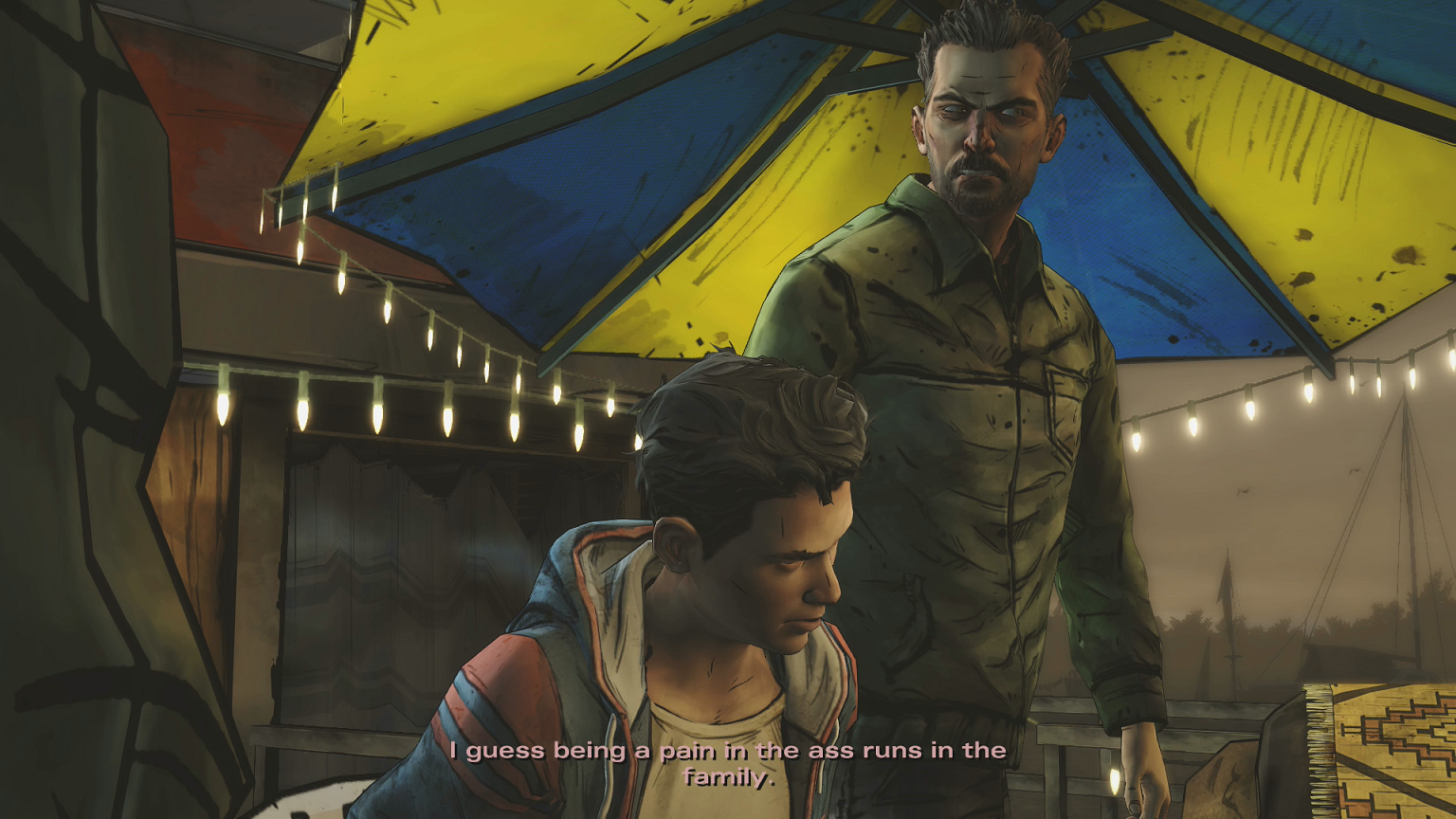 That is the beauty of Telltale’s characterization. A more tender, compassionate Michonne (within reason) is also available to the player. Actually, depending on conversation choices, several character variations are possible. She is not one-dimensional and also not completely tied to her depiction in the source material. Even though I didn’t usually select her "nice" dialogue responses, they were always presented in a spartan fashion, from the perspective a woman who really has nothing to live for. While that state of affairs might cripple most normal people, it is Michonne’s strength. She can take risks because her enemies have much more to lose than she does. That thread ties together all of the various Michonnes, and the script represents that succinctly. 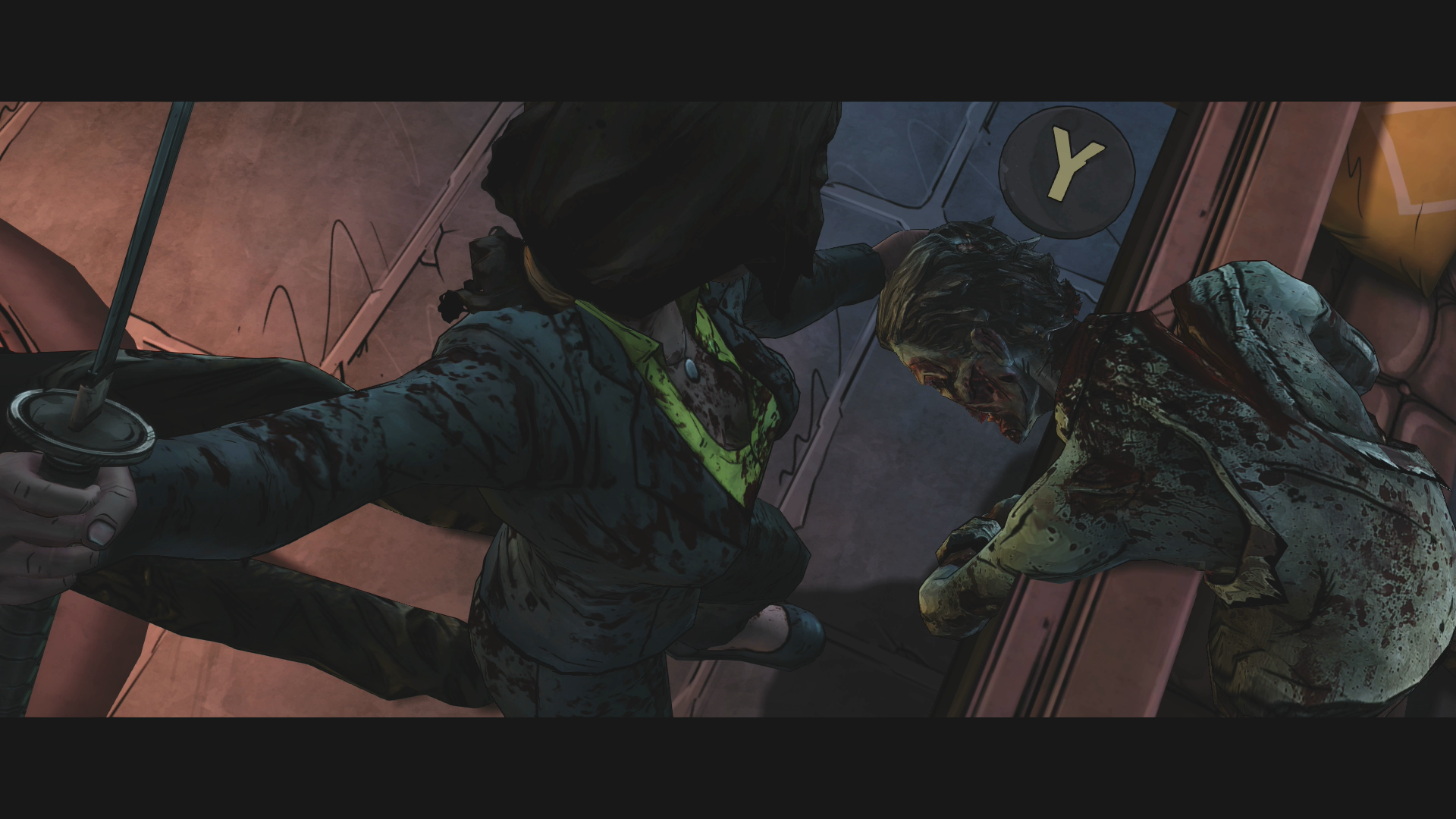 I cannot say the same for all of the other characters. Pete is a boring Boy Scout, for instance, and several of the adversarial characters fall into the Telltale habit of becoming simple obstacles for the hero to roll over on their way to glory. Randall is a transparent thug with little finesse, differing greatly from the menacing charm of Bill Carver from season 2. Still, he is given a great deal of screen time, even more than his sister Norma, who might have some of the same sinister, sociopathic charisma that made Carver so intriguing. For their part, however, Telltale is experimenting with different types of storytelling techniques with this new series. Supporting characters are more prone to lying, which adds a wrinkle to any interactive drama. How can I tell if this girl Sam is really in need of help, or just another scumbag looking to use me as expendable protection? Is Norma telling the truth about her? The last third of the game is thoroughly opaque, as is the ending. I have no idea where Michonne and I are going next, and it’s exciting. 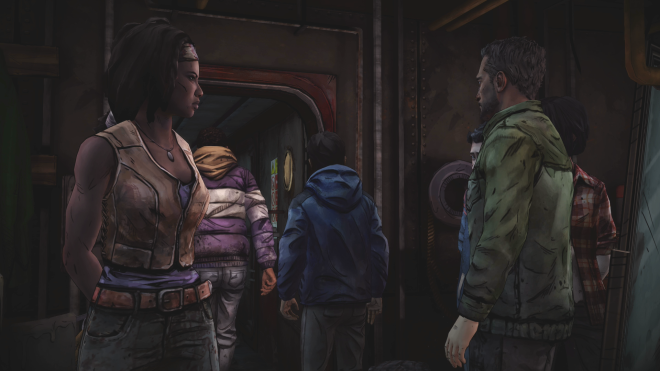 I’m hot and cold about the state of Telltale’s tech. They have made modest improvements in facial animation and texture detail, but the crippling framerate issues persist. At one point the game locked up for a solid thirty seconds while the audio continued, and stutters can be expected during any fight scene. This has been an ongoing issue in the current generation of Telltale games, at least on the Xbox family. 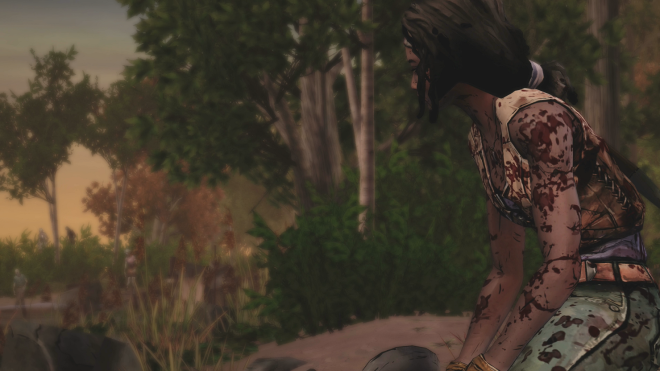 Danai Gurira, who plays Michonne in the TV series, does not portray the character here. Instead she is wonderfully voiced by Samira Wiley (Poussey in 'Orange is the New Black'). Wiley preserves the character’s gritty cynicism, but isn’t without nuance. Other voice actors are hit or miss, but Norma’s performance, by 'The Walking Dead' perennial Cissy Jones, shows talent.

Upon inspecting the usual post-action statistics board, I’m not convinced that any changes in my behavior would have led to a significantly different outcome. The one reason to replay 'In Too Deep' would be to make changes to my Michonne, to alter her personality in some way, which in turn influences how the other characters regard her. 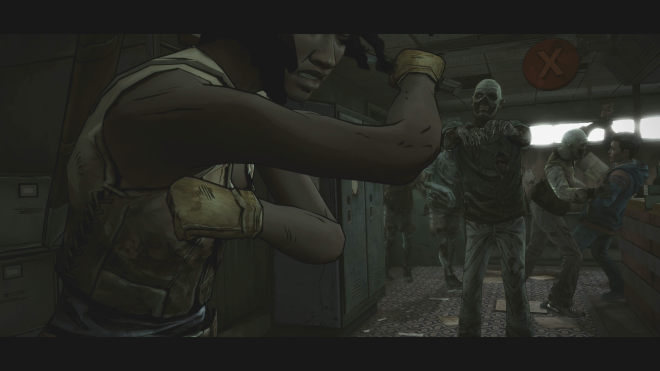 'In Too Deep' is an auspicious opener for Telltale’s new series. It has flaws, and the release schedule is probably too tight for the studio to take any player feedback into account, but I have a feeling it is going to give insight into the intricate personality of its lead and deepen her fandom even further.