The Game Itself
4 Stars
The Video: Sizing Up the Picture
2.5 Stars
The Audio: Rating the Sound
3.5 Stars
Replay Factor
1.5 Stars
Bottom Line
Recommended

The Walking Dead: Michonne - A Telltale Miniseries - Give No Shelter

Digital Xbox One version reviewed. Review contains some light spoilers mainly involving some backstory. Unlike prior 'The Walking Dead' Telltale game installments, the 'Michonne' miniseries has no save file import, and is presented as suitable for longtime 'TWD' fans and the unfamiliar like.

Telltale is keeping a brisk release schedule for the three-part 'Michonne' miniseries, meant to tide us over before the next season of 'The Walking Dead'. 'Give No Shelter' is here scarcely a month after the first episode, 'In Too Deep'.

'Give No Shelter' has Michonne tangling with a rough group of survivors led by sibling duo Randall and Norma. Michonne, her valiant companion Pete, and a shady young woman named Sam have been captured and incarcerated in Norma’s maritime community. They soon escape and the series turns into an extended and lively chase sequence. Many new characters are introduced, many of whom probably won’t get much of a chance to do anything until next episode. 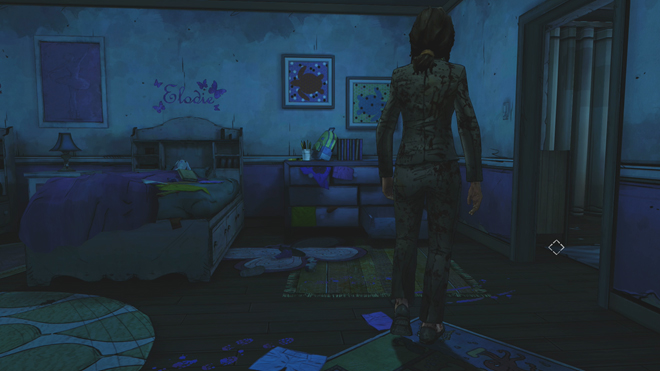 While Michonne does share the screen with other survivors, they are much less of a priority in terms of characterization. As might be expected, Michonne is the focus. Normally I can appreciate a strong supporting cast; here I don’t mind as much that they have been pushed to the back burner. Michonne is a fascinating character - not as cold or edgy as she would have you believe, but still incredibly dangerous and capable. Having played around with different conversational outcomes in her dialogue choices, I’ve come to the conclusion that there really is no good version of the character. She is a hardened, jaded survivor who can sometimes display surprising moments of humanity. But most of the time, she’s mute, unpredictable, and violent, which is just the way I like her. 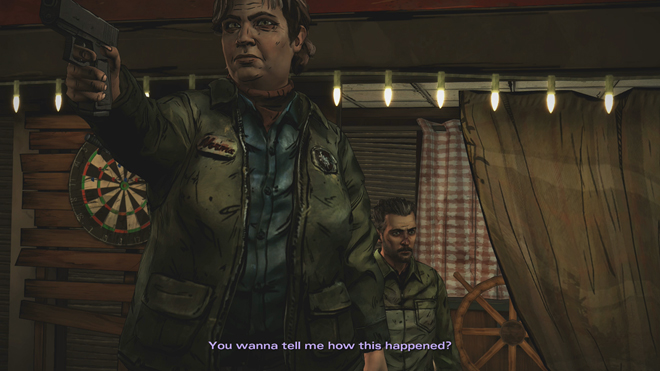 This makes Michonne different than many of Telltale’s protagonists, who can display a wide variety of personality traits through a season. We know Michonne is going to survive this miniseries, because it takes place between issues of the comics where she appears alive. That foreknowledge does detract a bit from the choices, because no outcome is going to lead to her death. It also lets me take more risks in her actions and cast off the cloying preoccupation of self-preservation. It made me more prone to taking the hard line against opponents, something that the "real" Michonne would probably agree with. 'Give No Shelter' is dark and depressing, more so than almost anything we’ve seen from Telltale yet. Some characters are pure evil, dropping any pretense of gray areas in their morality. I also felt like I was given more leeway in the big decision portions of the episode, where usually some choices don’t seem to matter as much as others, or two choices will seem different but end up leading to the exact same place. 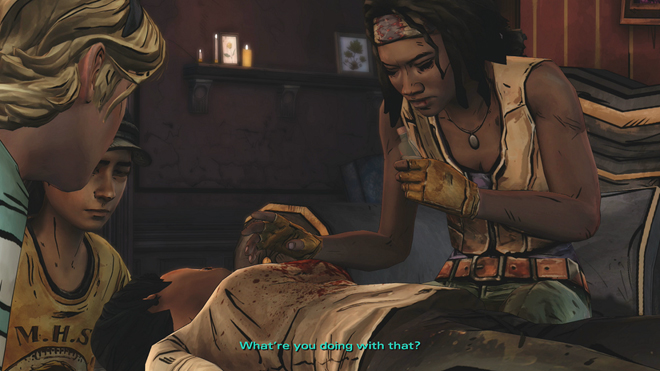 Michonne’s past provides for an interesting subplot, and now an interactive one at that. Not being a serious devotee of either the comics or TV show, I know little of her backstory. The flashbacks she had in the first episode were confusing, but bits and pieces are coming through to shine light on how she has come to be like this, in particular what happened to her family. 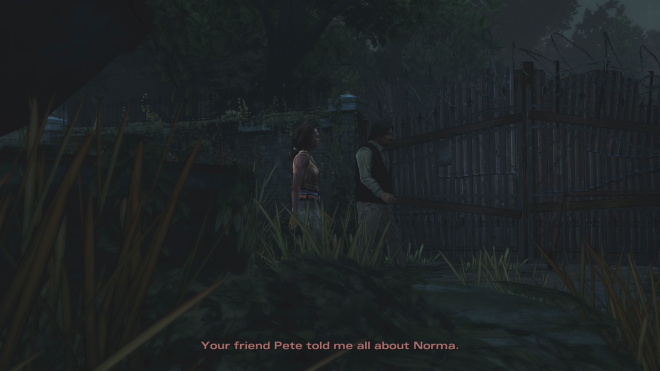 This episode has a dark and muted visual palette to match its atmosphere. There are lots of grays and browns, and everything just looks kind of grimy. As usual, stutters threaten to ruin the mood in many scenes. 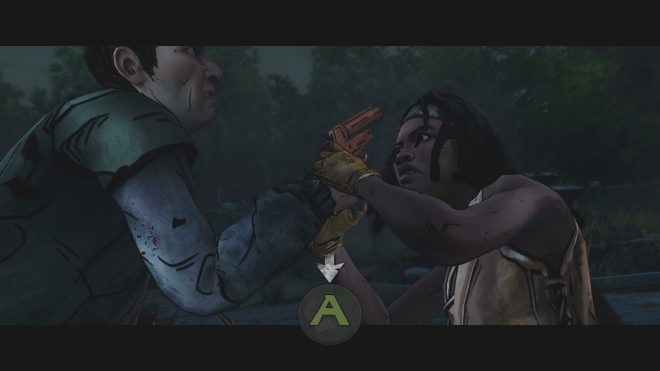 I encountered fewer audio bugs in 'Give No Shelter' than I expected, and the acting continues to be skillful. The title song, 'Gun In My Hand' by DOROTHY, is the only licensed music but it perfectly fits the theme.

My biggest complaint with 'Give No Shelter' is its dismal length, hardly an hour long. It’s usually better to have quality over quantity, but some more quantity would not hurt, especially because this is an abbreviated season. 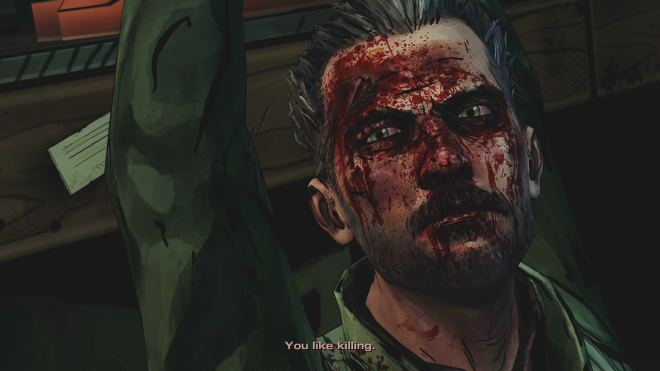 This miniseries is moving forward very quickly, packing more action in two short episodes than a typical Telltale season gets in the same amount of time. It might seem as though that pace is too rapid for any chance at real characterization, but that isn’t the case. In 'Give No Shelter,' nearly all of the fat has been stripped away from the supporting cast to make way for Michonne, and the series is all the better for it.