The Game Itself
2.5 Stars
The Video: Sizing Up the Picture
3 Stars
The Audio: Rating the Sound
3 Stars
Replay Factor
1 Stars
Bottom Line
Skip It

The 'Fallout 4' DLC train continues with 'Wasteland Workshop'. It follows 'Automatron' from last month in the revamped season pass but is also available separately for $4.99.

'Wasteland Workshop' is a pack of craftable objects, to be assembled in the settlements of the Sole Survivor’s choosing. It comes with a fair amount of these things, but not much else, except for some creature models. The offerings include neon lighting, nixie tubes, concrete flooring/walls, taxidermy, and other house stuff. There are also more practical selections like traps, a rad scrubber, options for electricity and water collection, and perhaps most importantly, arena features.

Having not possessed the presence of mind to prepare for 'Wasteland Workshop', my first hour after downloading the DLC was spent crafting a halfway decent coliseum. 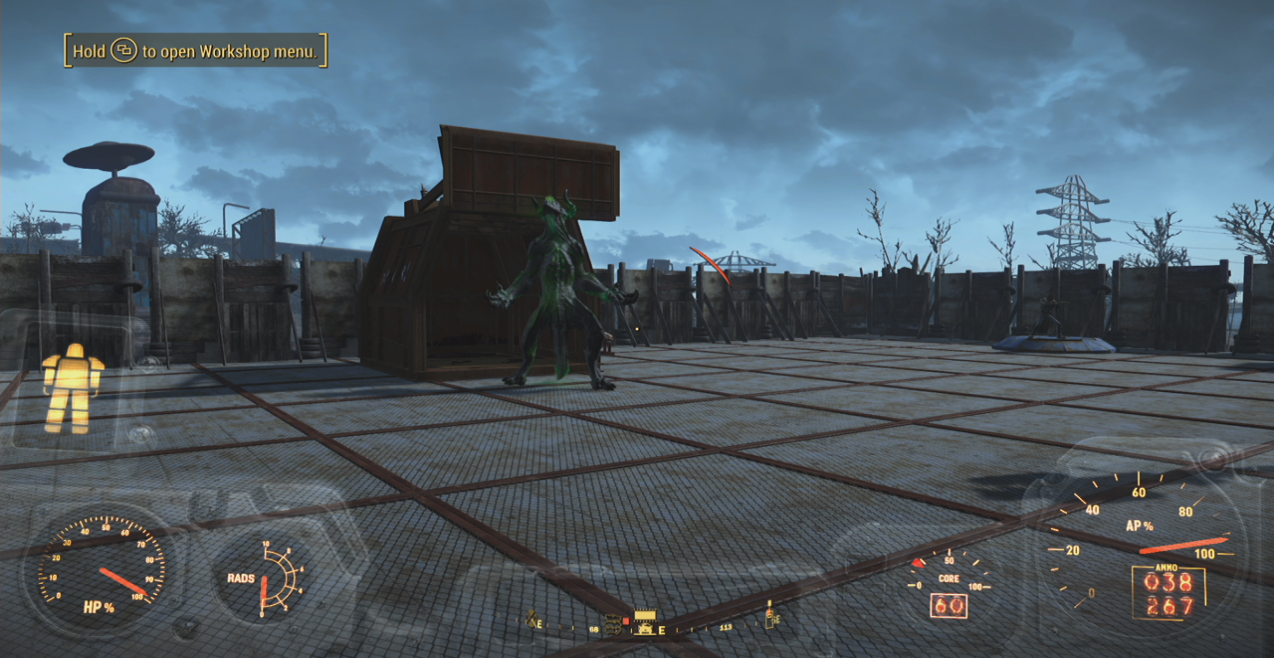 Well, a coliseum was my goal - it ended up halfway between a junky kiddie pool and a dumpster bomb with lighting. It was constructed at the Starlight Drive-in theater to the southeast of Sanctuary, which will almost certainly be a popular spot for such things due to its large, open area in front of the screen. Most of 'Fallout 4's settlements are cluttered and have uneven terrain. Thankfully, video game physics let me do things like attach endless flooring in all directions with only cursory foundations, so I chewed through all of my collected concrete to craft my magnum opus/trashcan of an arena. 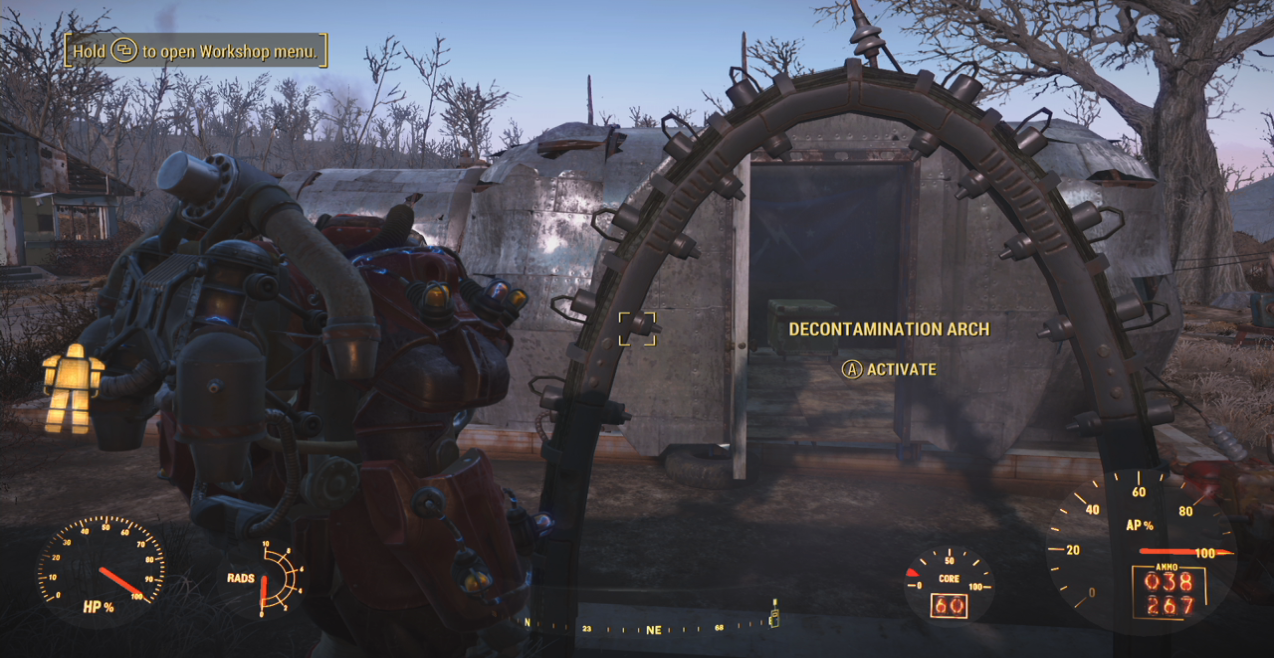 Once the arena was constructed, I discovered that like 'Automatron', 'Wasteland Workshop' has some perk requirements for its more exotic items, like a tower that calms down all nearby creatures (but not humans). I also learned that I was short on one of the crucial ingredients for trapping animals - bait. I had cooked all of my precious yao guai and radstag meat, so I set off into the Commonwealth and began blasting unsuspecting animals into oblivion. With meat in hand, I constructed a deathclaw trap, powered it, and went to sleep (in game). A few days of time skipping later and the door was closed, the telltale sign of a captured deathclaw. I depowered the cage, the door opened, and I watched with delight as most of my settlers were promptly slaughtered by the hugely overleveled albino that emerged. Thank heavens for quicksaves. 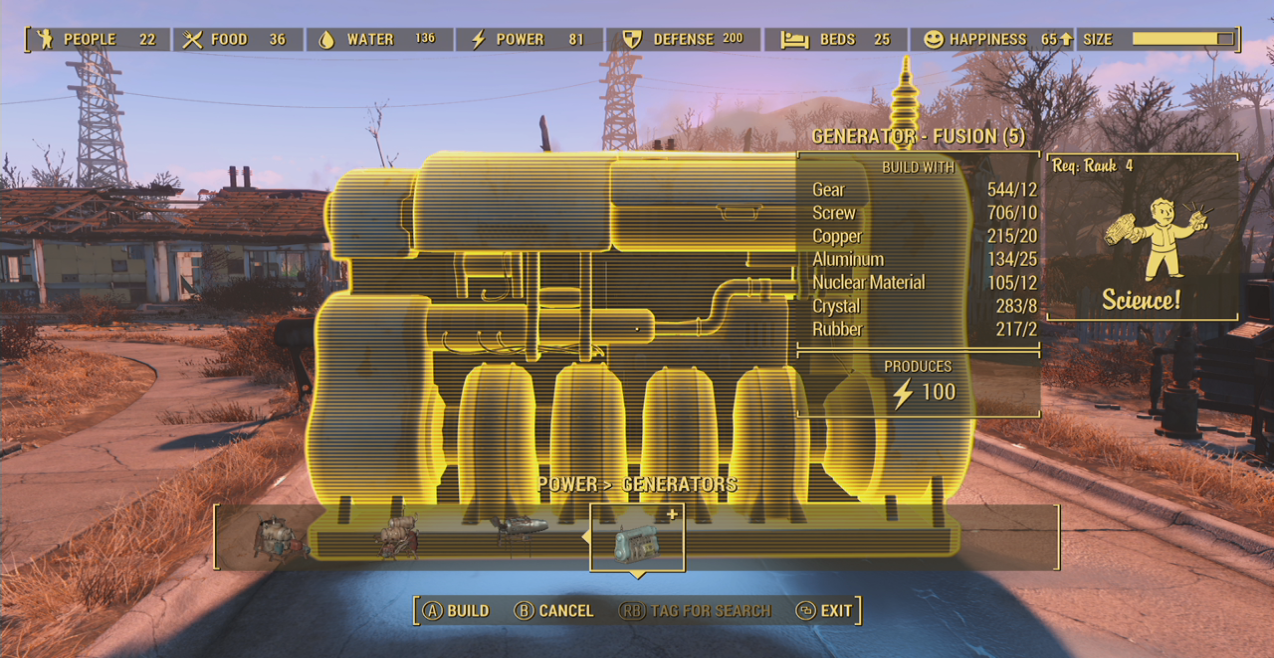 For stage two of my master plan, I installed some powered doors (also new with this update), raider traps, and team platforms so my own settlers could be involved in the fracas, settlement happiness be damned. I had some logistics problems with this more involved configuration. Because captures are violent the second they are released from a cage, and cannot be put back in the cage, it makes it problematic to start the fight without getting shot or clawed by my unwilling gladiators. I had to rig up a series of switches and generators, turning my already ugly construction into a jumble of cables, so that I could safely start the fight from outside. Even then, the neutral settlers who were spectating wanted to get involved, taking potshots at the contestants from outside the arena, and would then be shot in turn. Needless to say, this was kind of a mess, and the amount of micromanagement I had to do with the AI prevented me from actually watching the fights. A universal on/off switch for fighting, while unrealistic, would make for a more enjoyable experience.

The other gameplay-oriented additions (as opposed to the purely decorative stuff, which we’ll discuss in more detail below) are mostly welcome. The powered water pump in particular is very useful, as many settlements don’t have standing water sources that can be purified. Fusion generators and vegetable plots make an appearance. The rad scrubber, which removes 100% of rads from the Sole Survivor when walked through, is cheap to build and perfect for lower level characters who don’t yet have the Solar Powered perk or an endless supply of RadAway. 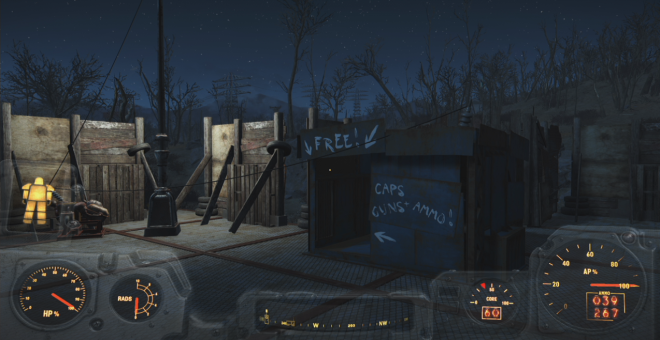 The vast majority of the mods are of the aesthetic variety. Just about any animal can be stuffed and mounted, from deathclaws and yao guai on down to humble molerats and radroaches. Lettered signs and neon lighting can spell out words to your heart’s content. Nixie tubes, campfires, and other light sources are available. New walls, doors, and floors are in the mix, mostly of the concrete variety. Much of it is kind of blasé, and only useful for players who are super interested in settlement crafting. 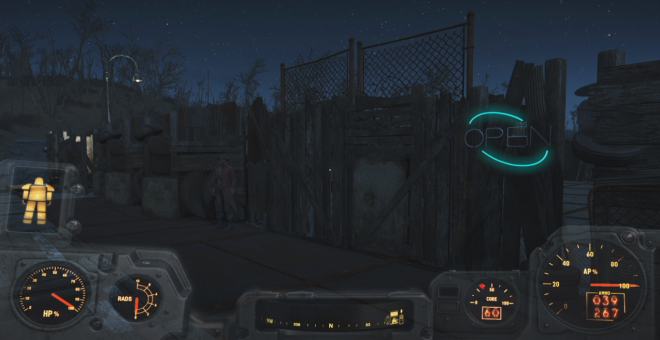 As there is no story component in 'Wasteland Workshop', and the creatures use the same assets as they always have, very little audio has been added - just electronic effects for the gadgets.

Constructing and outfitting an arena ate up about two hours of time, but I probably wouldn’t have done it if it weren’t for this review. I enjoy the 'Fallout 4' crafting mechanics, but only as they pertain to things like power armor and gun mods - not the stuff that equates to playing post-apocalyptic 'Sims'. Not to mention the squirrelly AI/pathfinding makes the arena just kind of a pain in the ass instead of a fun diversion. 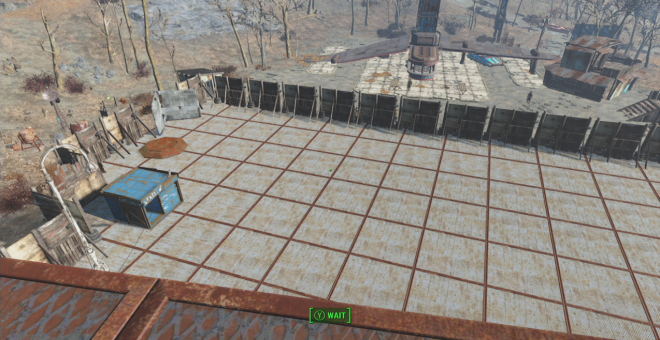 'Wasteland Workshop' seems more like free update material, or additions that would have come naturally if mod support was a thing. As it stands, it’s a mix of unwieldy creature traps, mildly novel base building objects, and a few handy doodads. We’ll keep our fingers crossed for next month’s 'Far Harbor'.