'The Banner Saga' is a trilogy in development by Stoic, a three-person team of former BioWare alums. Like many great indies these days, it came to life via crowdfunding. The first volume was released on PC and mobile in January 2014, with PS4 and Xbox One ports earlier this year.

The first 'Banner Saga' didn’t necessarily have a fresh take on turn-based combat, but it did have effective strategy mechanics combined with an even better storyline and character development. The fights were hard and the choices were harder, and every hour became more dismal than the last as the world fell apart around my heroes. Actually, "heroes" may not be the best word, as this is low fantasy where the protagonists make bad choices, get people hurt, and even die ignominious deaths early on. It’s not about elves and dwarves and magic, it’s about an entire world that is slowly disintegrating and characters who are defined by their flaws more than their successes. It’s kind of like 'Game of Thrones' meets 'XCOM', although that of course is a simplistic comparison. 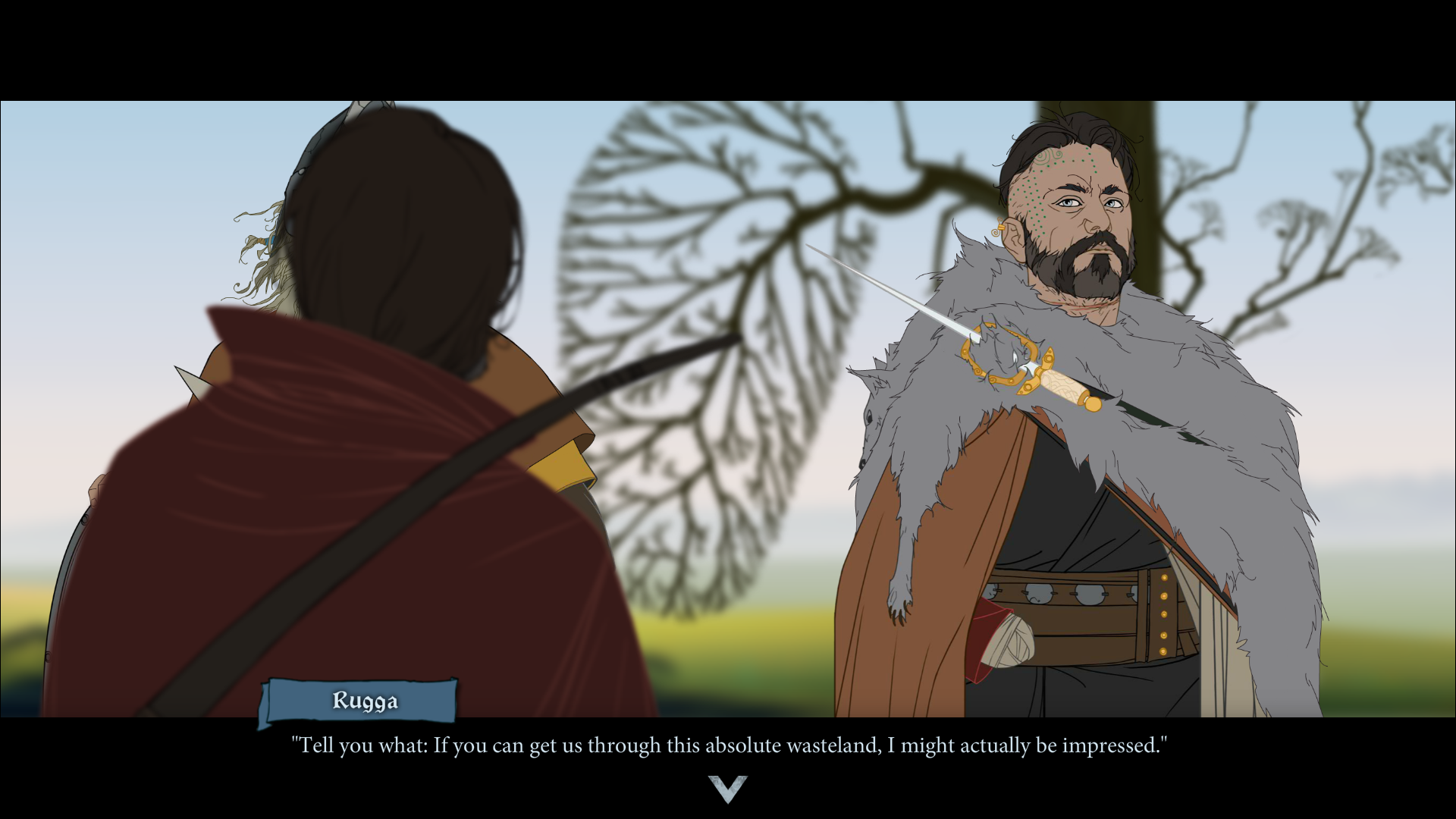 'Banner Saga 2' picks up shortly after the end of the previous episode. The dredge king has been dealt with, and yet his race of stone miscreants is no less a threat than before. Despite their constant and seemingly unstoppable incursions into human territory, the humans and varl actually have bigger things to worry about. There are still two branching storylines: one follows the human caravan as they move towards the capital city of Arberrang, and the other is about a varl mercenary company and their exploits. The writing has been taken up a notch and is tighter than before, yet retains its dark, gritty complexity. If anything it is more focused - the last game had a tendency to lose valuable details when switching back and forth between the two caravans, and that is less of an issue here. I found myself having fewer moments of confusion, and that was helped by the episode recap.

Stoic has spent some development resources responding to player feedback about combat, it would seem. While the combat has not undergone a huge makeover, there is now a deeper complexity to be found in the RPG system. Characters can be built in different ways, and the lines between the classes are thicker and better developed. The approach is now more complicated than having just melee fighters and archer fighters, essentially. There are more support classes, they have more interesting abilities, and the few mages are powerful but also vulnerable, the proverbial glass cannon. The fighters receive multiple abilities, which are more involved than "hit everyone nearby with a basic attack". Bolverk, the leader of the Raven merc group and secondary protagonist, is a berserker with the inconvenient tendency to attack his own teammates, requiring a different set of tactics to win his fights.

These changes, along with different enemy types, serve to shake up combat and make it more diverse from one match to the next. In an early fight when I thought I was fighting only dredge, these creepy little rat dogs emerged from nowhere and began harassing my crew. They had the unsettling ability to go invisible, so I tried to decloak them by moving around the battlefield and blindly bumping into them. That strategy met with limited success. Other creatures enter the fray as the game goes on, some with increased mobility, strange attacks, and so forth. 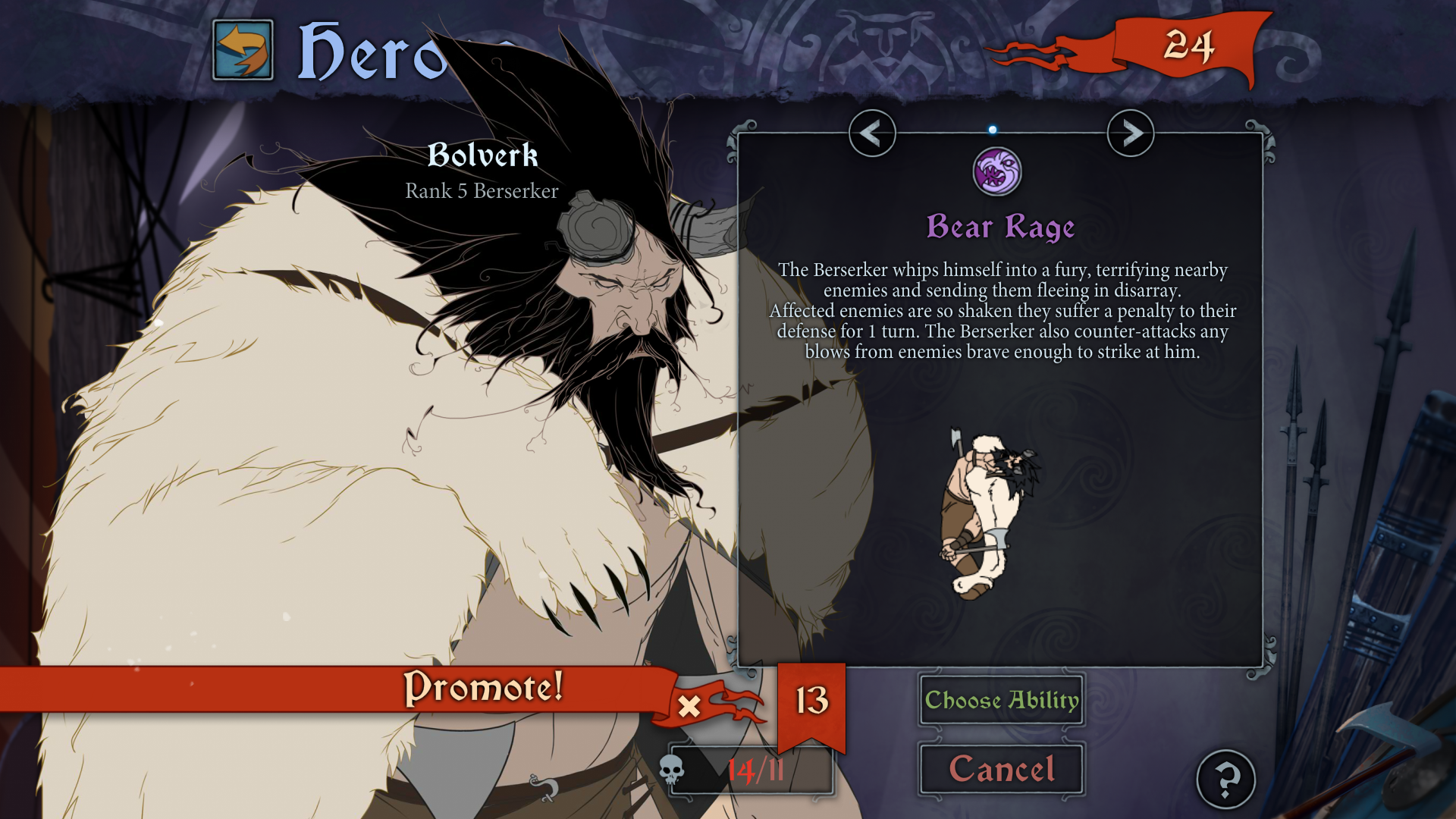 Outside of combat, the road trip formation of the series continues in full force. Both caravans run into problems along the way, like food deficiencies, steadily drooping morale, and dangerous encounters. The caravan leader must decide how to proceed when these things happen, and the ramifications of these decisions can have a serious impact on the health of the caravan and even the fighter roster. I feel like every time I come upon a godstone, I screw up the multiple choice decision and damn my convoy to some horrible affliction. In reality, I’m probably rewarded with nice artifacts just as often, or an opaque nibble of lore. 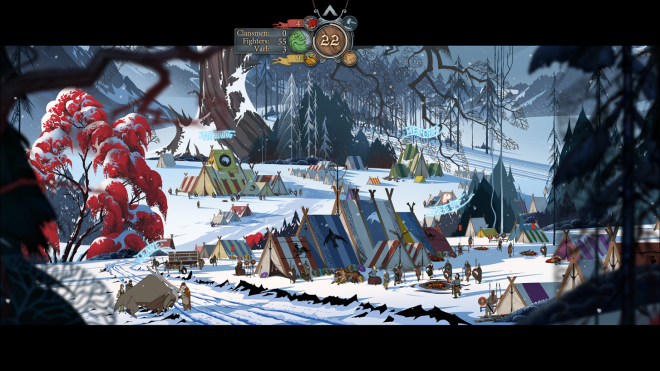 'Banner Saga 2' has the same awesome, old-timey animation that made its predecessor so pretty. The hand-drawn technique itself has not really changed, but many new models and animations have been added, as well as some dramatic set pieces I wasn’t expecting. 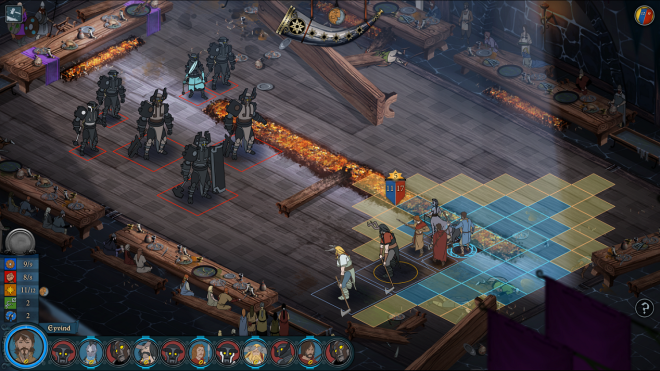 'Banner Saga' has a score far better than that found in many games with exponentially larger budgets. It is dark and choral, a bit on the depressing side, but it perfectly illustrates this dismal Norse landscape. There’s not nearly as much voice acting as I would like, but the writing still makes it easy to relate to the characters.

Some of the choices made in the first game are affecting the storyline here, especially in regards to the main characters who lead the convoys. It may incite me to have another playthrough in a few years to experience the alternative choices, but otherwise the replayability is low. 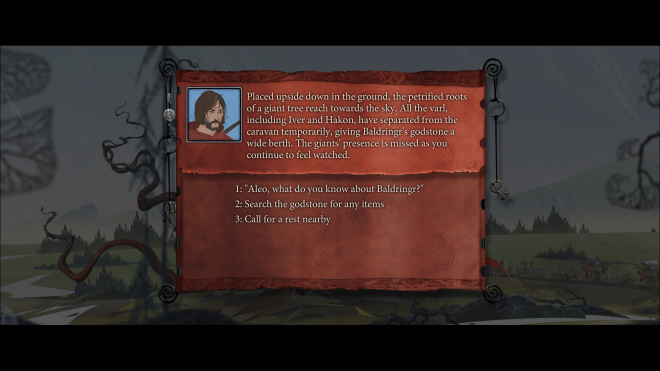 The two year plus wait for 'The Banner Saga 2' was well worth it. Stoic has managed to improve on its formula, adding new wrinkles to the admittedly limited gameplay and telling an even more absorbing story in the process. The saga is better than ever and I’m very excited for the next installment.